All the best places for pictures 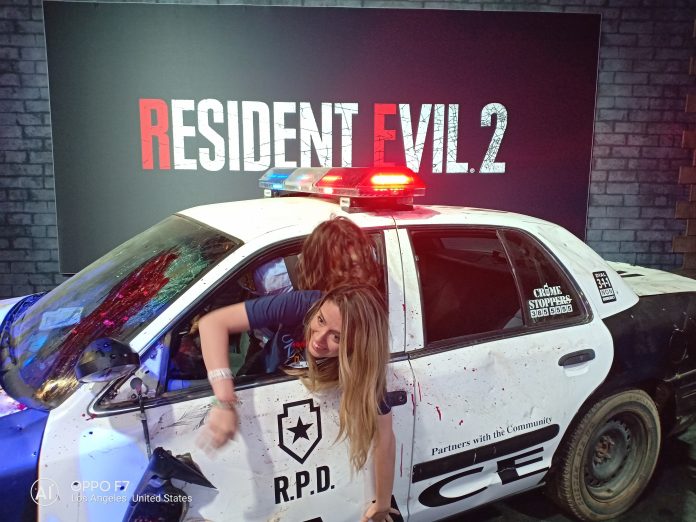 E3 2018 is in FULL swing with one more day left to go before we wrap everything up until next year. Besides demoing the newest games, watching Fortnite competitions, and staring at awe at the most elaborate booth designs you will ever see, one common theme that most booths had were standout elements that made for some memorable instagram moments and selfies. This made the experience feel more interactive for fans when they weren’t standing in line to play something or get free stuff. Here are 5 great instagram moments from E3 2018: 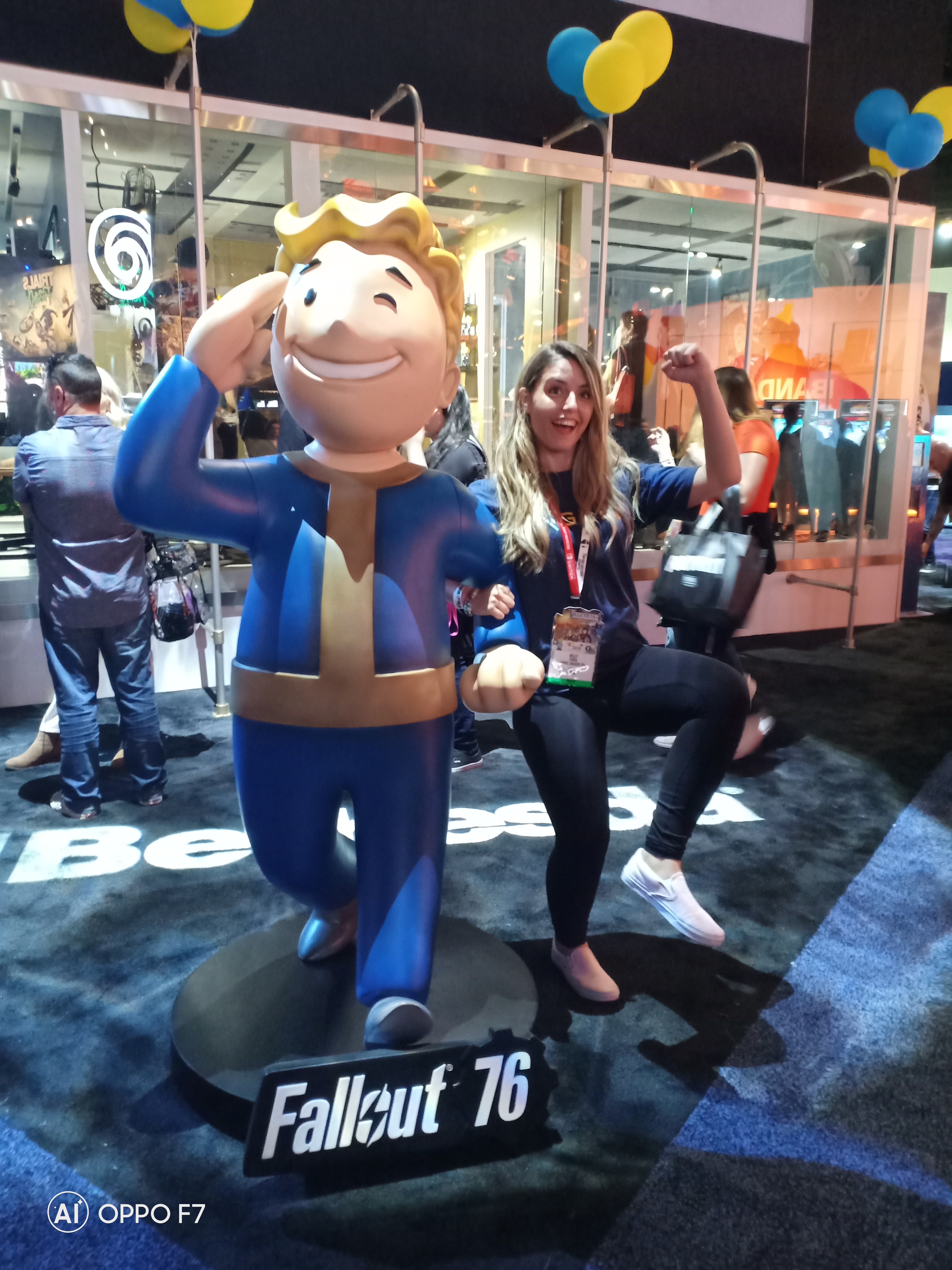 Bethesda went all out with their interactive experience for their fans with a whole gated off area and a glass structure replicating the Vault. The people who worked their booth were literally ALL in character. This area is one of the hardest to get in, even during industry hours. So, for those who didn’t want to wait in a 3 hour line, there were at least three Vault Boy statues surrounding the area. One in particular is right on the corner of the booth, so if you don’t want to weave through a lot of people, a quick selfie is totally doable. 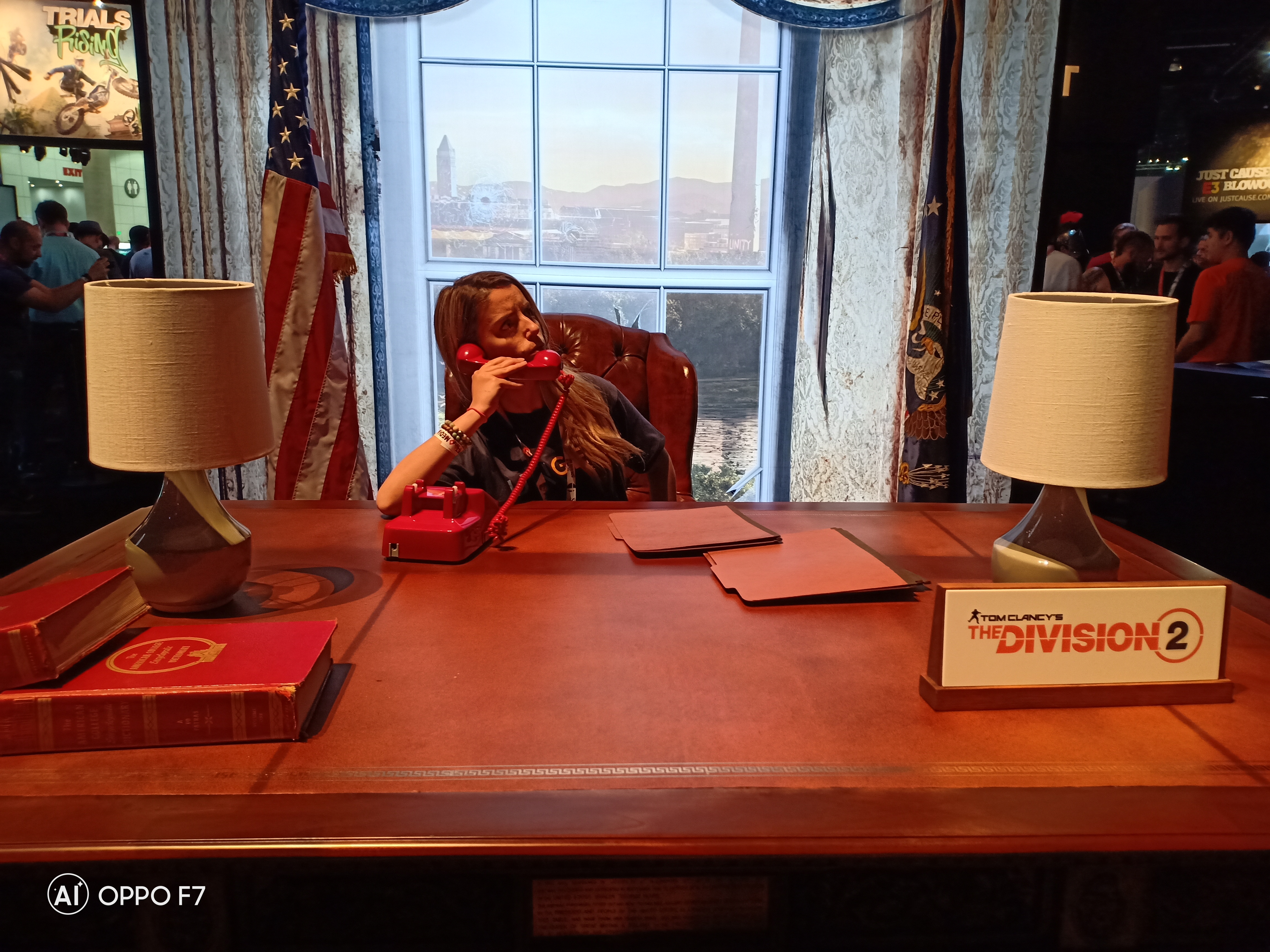 4. The Division 2 – President of the United States

Ever ask yourself what its like to run one of the biggest economies in the world in a post apocalyptic Washington DC? Well, at E3 you can sit in the chair of the president himself. They had an elaborate set up to replicate the inside of the oval office. You can look at executive orders, make ‘phone calls’, and feel important even if its a few seconds for a selfie.  This is quite the set up in relation to the games new setting and arena. Move over Trump, we got a new President in town! 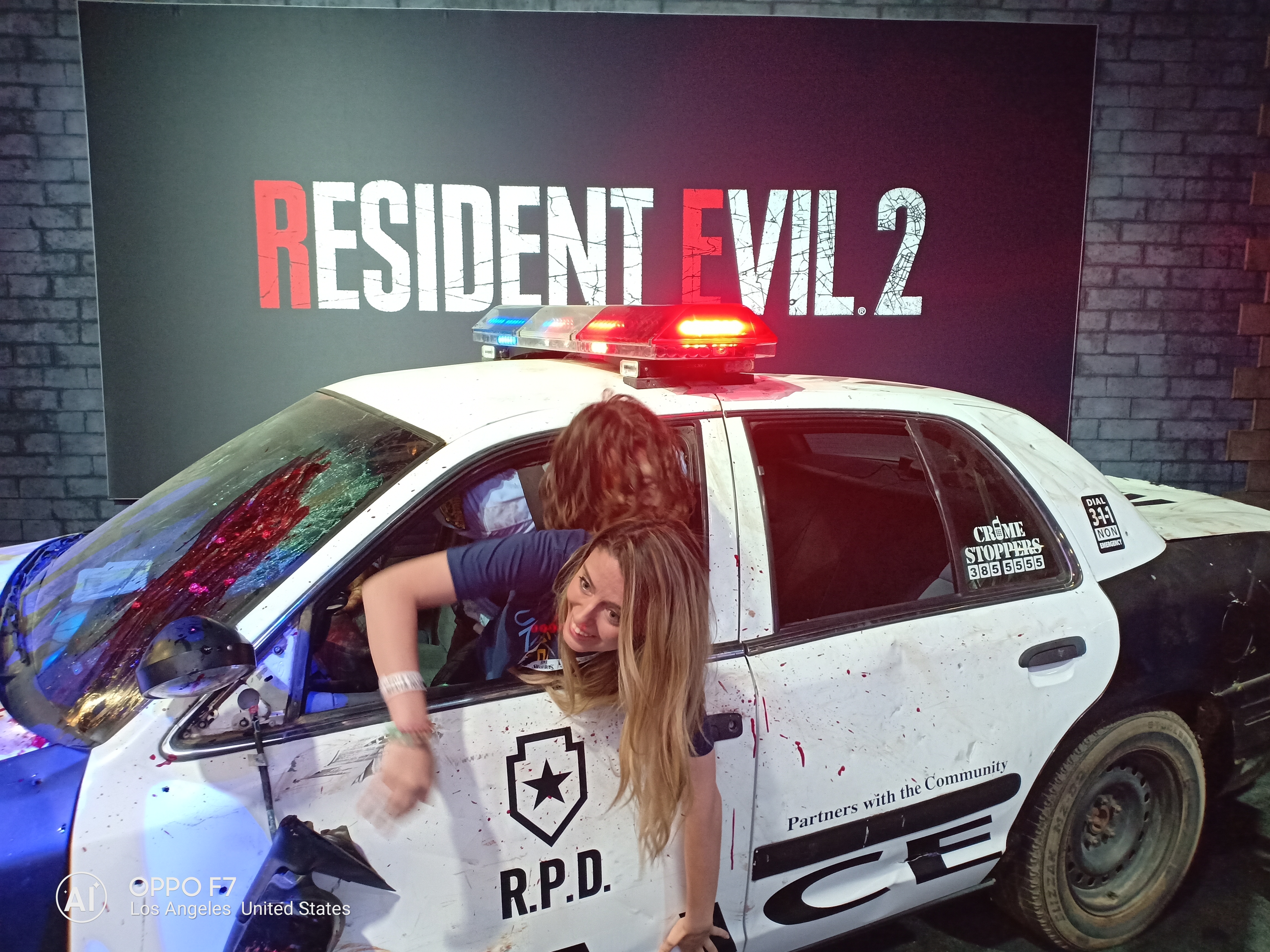 I’m not one for horror and gore, even though I love Resident Evil. When I saw that you can get a photo op in the drivers seat in a busted cop car I had to do it. You get into the drivers seat, while your ‘passenger’ sits in the back quietly…for only a few minutes. The passenger is hungry…like really hungry. Wait- It’s a zombie!? Yeah, he’ll jump at you, claw you, and even hang out the window if you’re quick enough to escape. 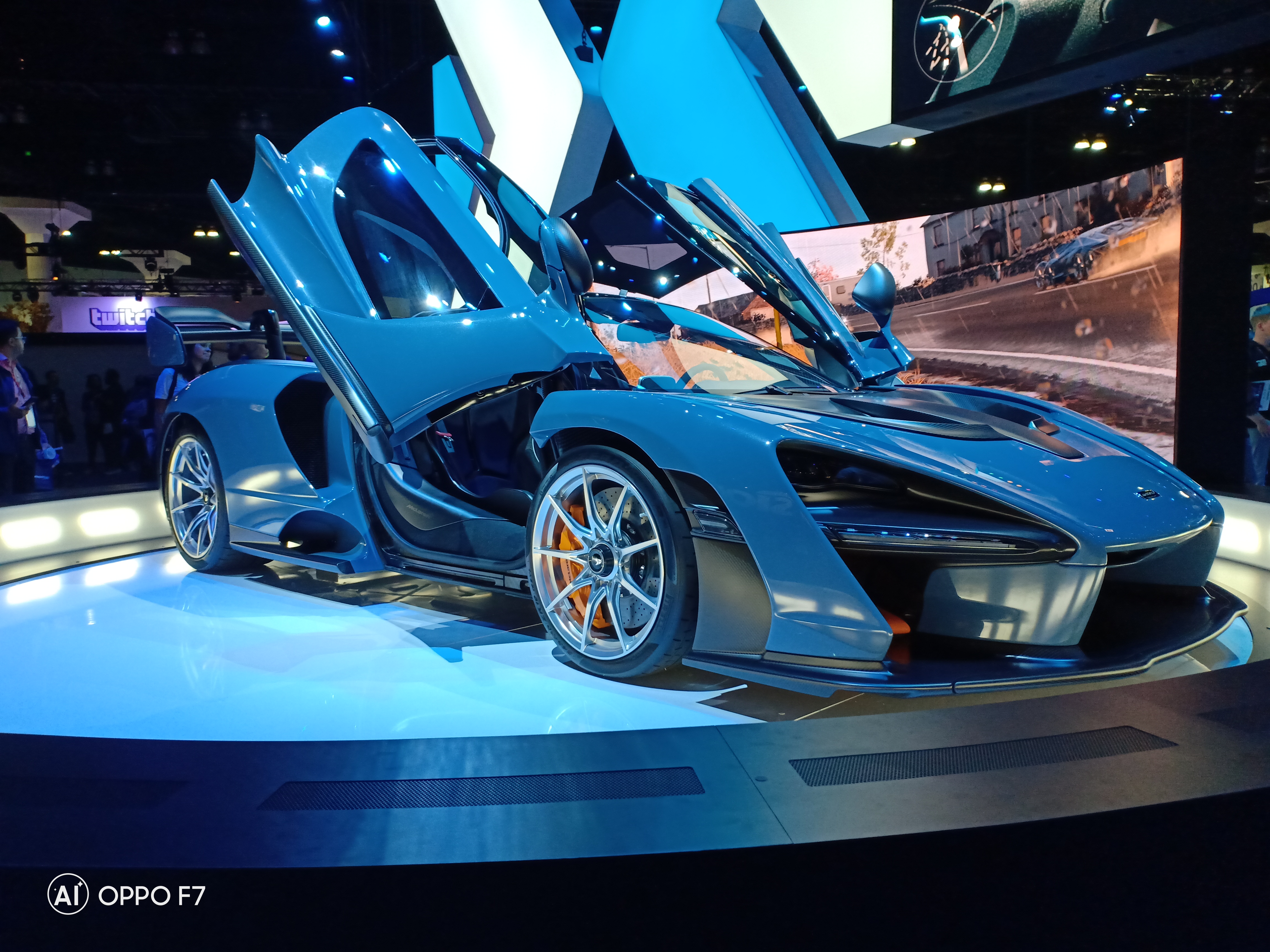 For the car fanatics, Forza had a McLaren rotating on a platform in front of the game demo. I have only ever seen this done at the Canadian Auto show. It’s a really good way to get people to stick around and watch the car rotate, especially for selfies and videos. It attracts so much attention, takes up a lot of space and really invites you right into the booth. It’s really hard to miss as you walk by. 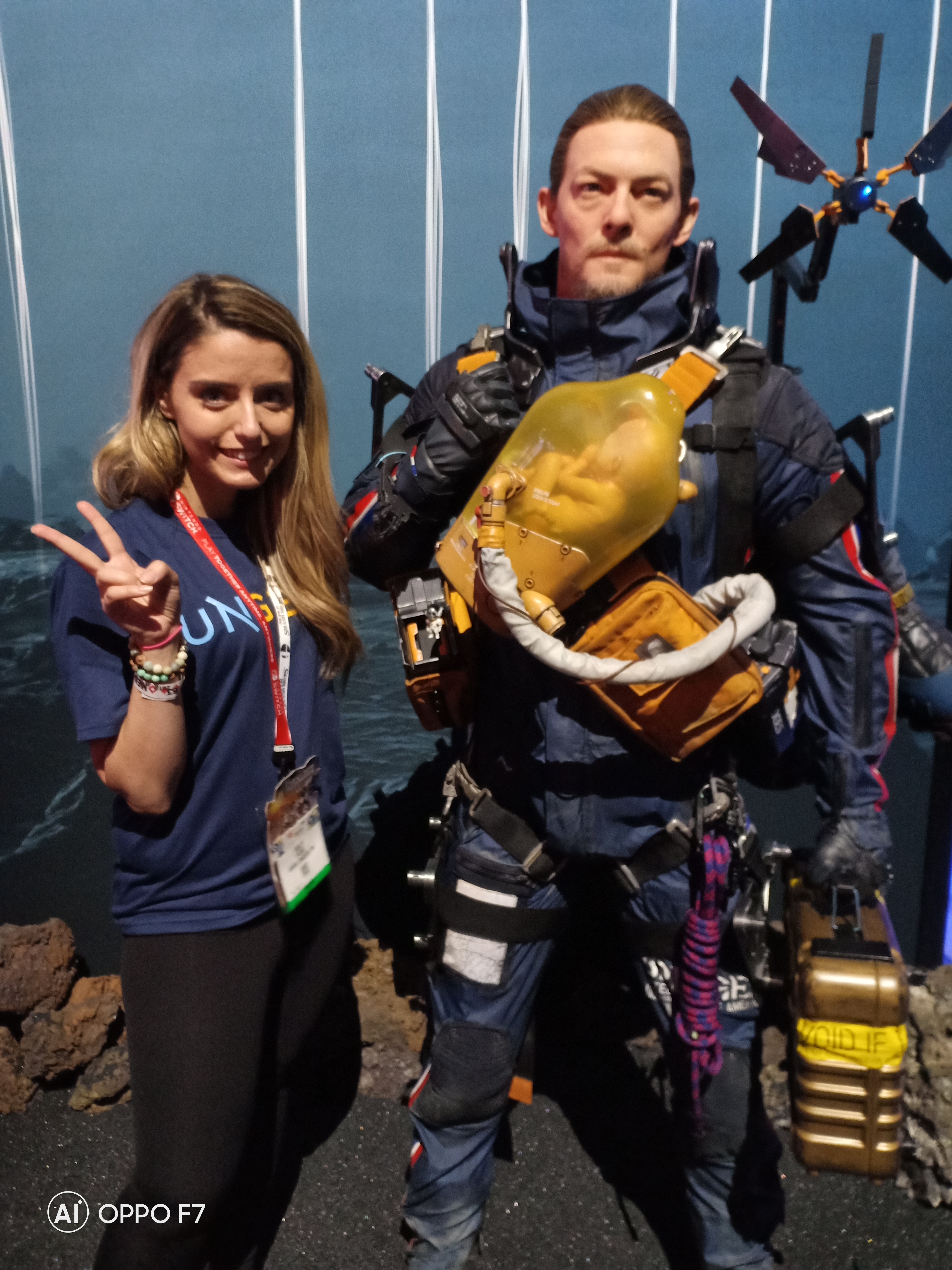 Most fans are STILL left with more questions than answers this time around for the new trailer of Hideo Kojima’s newest title Death Stranding. Nobody even know what its about aside from aliens, a dark mist, and babies. Well, you get to see the baby up close and personal in the arms of Reedus himself. It actually looks so realistic that itsDespite the lack of into on this game, fans flocked to the figurine to get a selfie.

Of course a great setting will go to waste without a decent camera and luckily for us, we brought with us our trusty souped-up OPPO F7 with a whopping 128GB of internal memory and 6GB of RAM. Taking photos again and again made super easy with OPPO’s Ai Camera technology. Point, shoot, and move one. I mean, there were tons of people lining up to be eaten by zombies from the Resident Evil 2, booth, people! We’ll dive in more on the superb power of the OPPO F7 128GB edition soon. Suffice to say, all photos were taken using the the OPPO F7 128GB edition.

- Advertisement -
Previous article
Kojima Productions is coming to ESGS 2018!
Next article
Making a Killin’. Hitman: Sniper Assassin is harder (but a lot more fun) than it seems.

Kelly Faria
As a young Kokiri child, the creatures in the world of Hyrule used to give little Kelly nightmares. She would not go out at night so the haunted bones of unfortunate travelers wouldn't eat her. She uncovered a special sword and has been going on adventures for years. Recently she found a computer in her travels, now she writes for Ungeek.
- Advertisement -