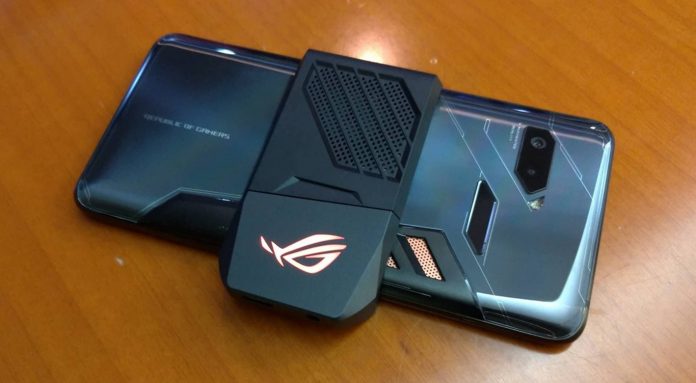 ASUS never fails to deliver with exciting new tech at Computex, and this year is no exception. If anything, ASUS topped their previous Computex outings with the reveal of the ROG Phone yesterday. 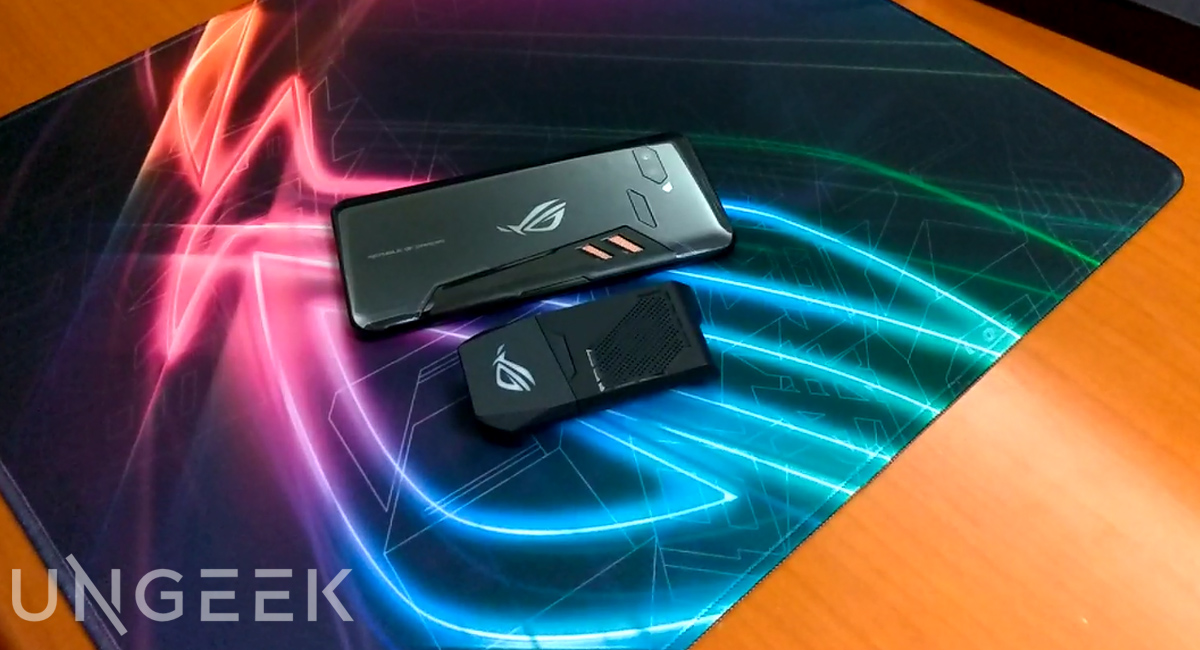 The ROG Phone looks to be THE smartphone for mobile gamers, as it has one of the beefiest specs of any phone out in the market. Plus, it packs tons of features designed for the best mobile gaming experience.

If you’re still on the fence regarding the ROG Phone, then here are five reasons why you should empty your wallets (and maybe sell a kidney or two) for ASUS’ new mobile gaming machine. 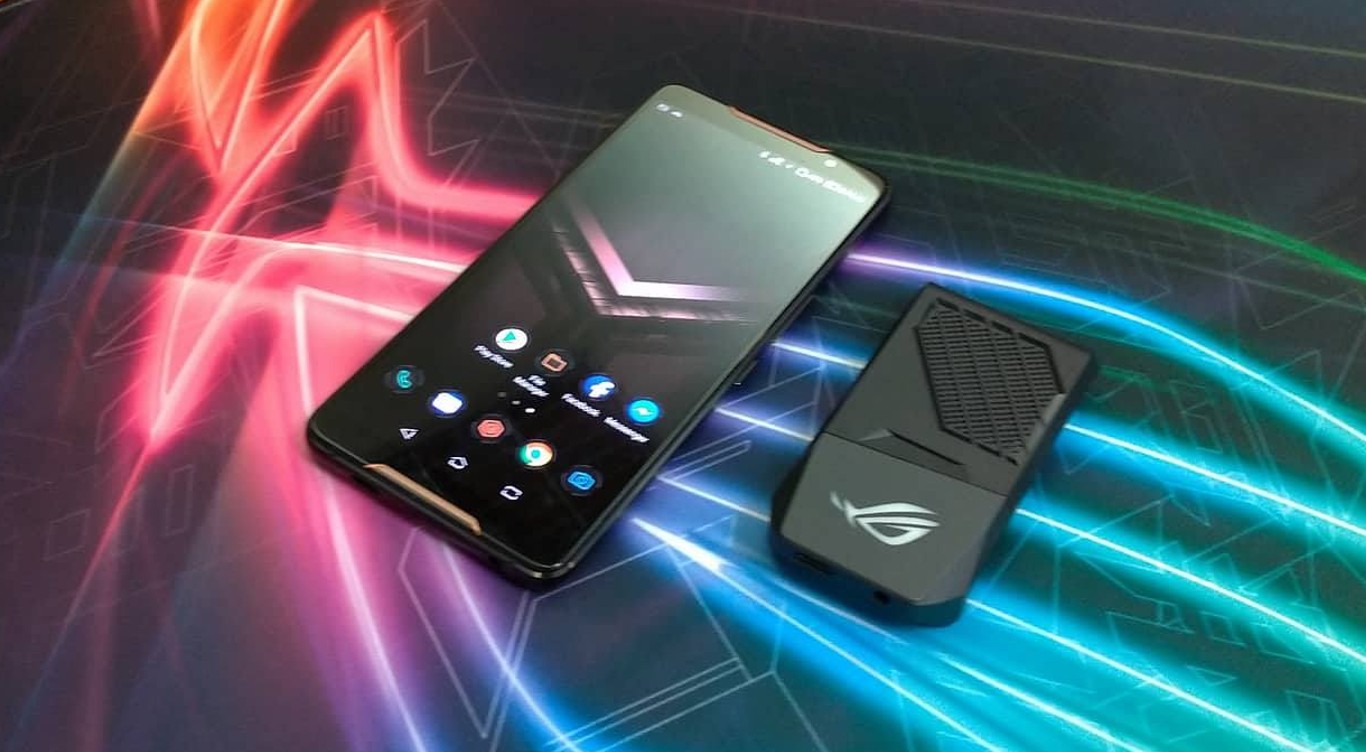 The ROG Phone packs a top-of-the-line Qualcomm Snapdragon 845 processor paired with an Adreno 630 GPU. With this combo, the ROG Phone will handle any Android game you throw at it with ease.

The Snapdragon 845 is already one of the most powerful mobile processors in the market, and ASUS is pushing it even further as they pushed the 845 to a clock speed of 2.96GHz. Not familiar with clock speeds? It’s a metric that measures how many operations a processor can execute per second. In simpler terms, the higher the clock speed, the faster the processor will perform (up to a point that is).

Because of its overclocked internals, the ROG Phone is very much a future-proof smartphone for mobile gaming. 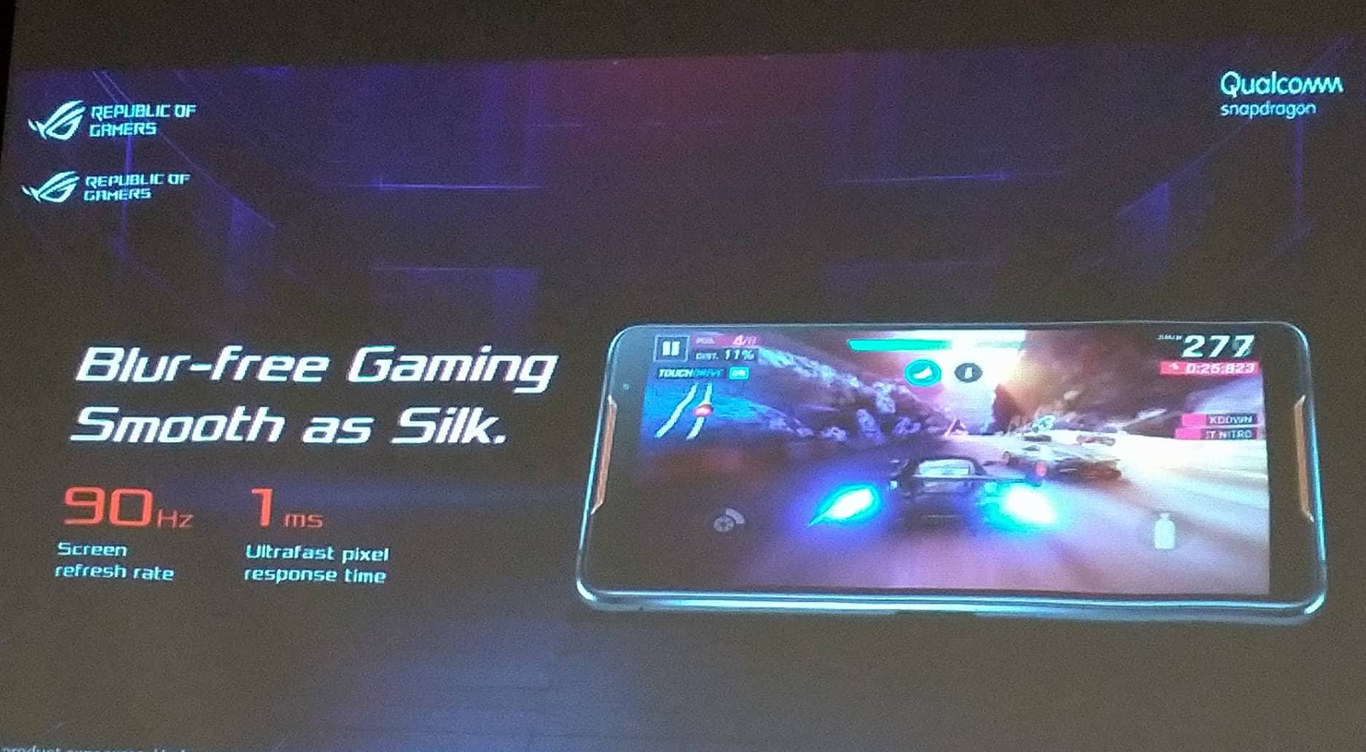 All that hardware horsepower will be wasted if the phone’s display is not up to spec. Good thing the ROG Phone features a vivid 6-inch AMOLED display with High Dynamic Range visuals for better image quality.

Vivid colors and HDR aren’t even the display’s main feature, as the 6-inch screen has a screen refresh rate of 90Hz, along with a pixel response time of 1 ms. These features are usually only found in gaming monitors, but ROG is plenty serious about mobile gaming; they want to ensure ROG Phone users have the smoothest mobile gaming experience possible.

3. Overclocking with a Squeeze 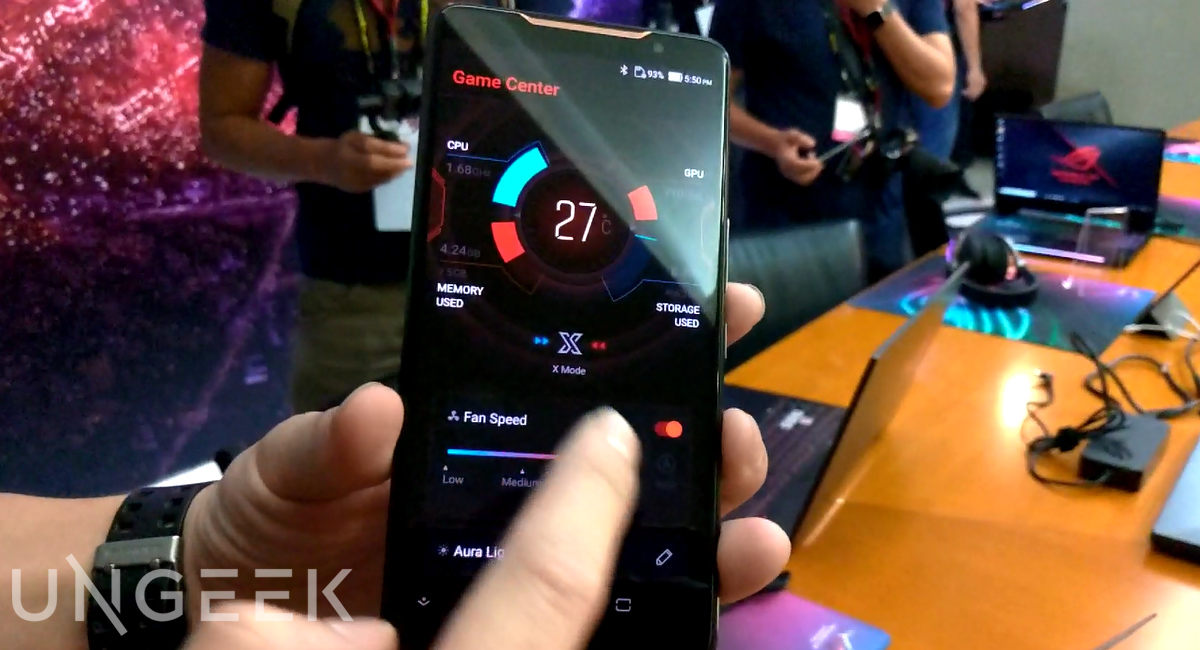 The ROG Phone is already overclocked as it is, but ASUS put in even more features to maximize the phone’s drool-worthy hardware. With just a squeeze of the ROG phone’s sides, users will be able to ativate X Mode.

With the ROG Phone’s X Mode, the device’s UI will change to a red hue. The change is not purely cosmetic though, as X Mode automatically optimizes the phone’s hardware for improved game performance.

4. A Multitude of Accessories 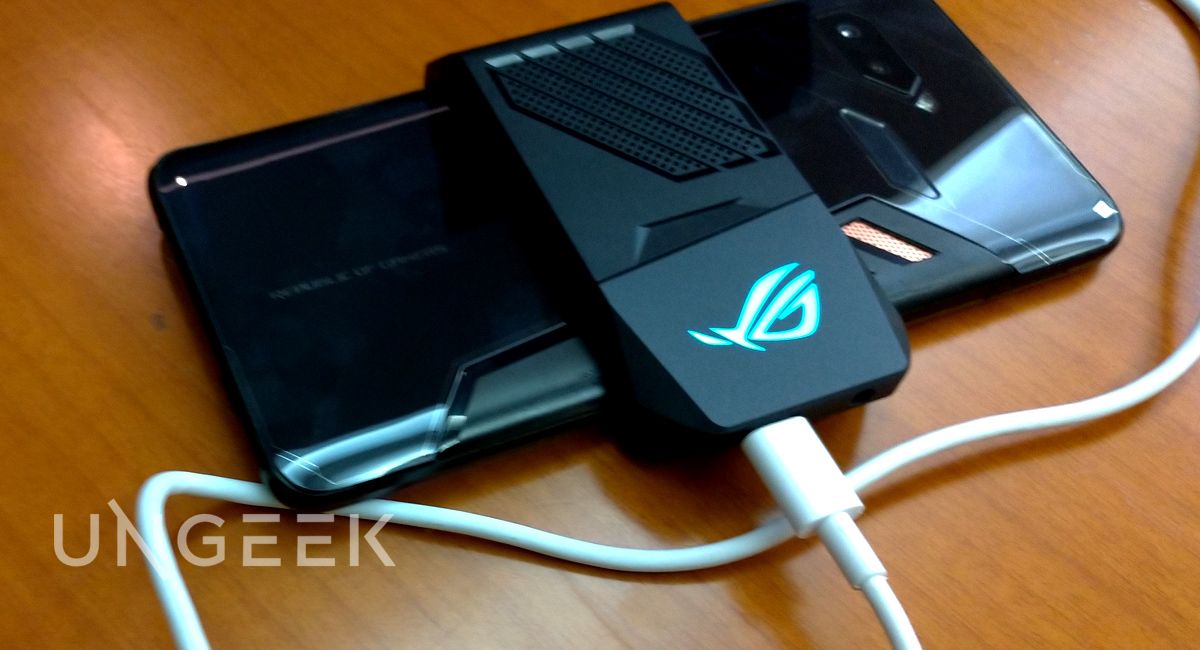 An awesome feature (well features rather) of the ROG Phone is the multitude of accessories. Some of the accessories include the TwinView Dock, which gives you an additional screen; the GameVice, which is a controller attachment; and the WiG Dock, which lets you play your mobile game on a television set.

One attachment in particular caught our eye, and it’s the Aeroactive Cooler. Not only does it cool the ROG Phone in the most intense gaming situations, it also features a USB Type-C and headphone jack at the bottom. With these additional ports, users will be able to charge the ROG phone in landscape, all while comfortably being able to grip the device for gaming. 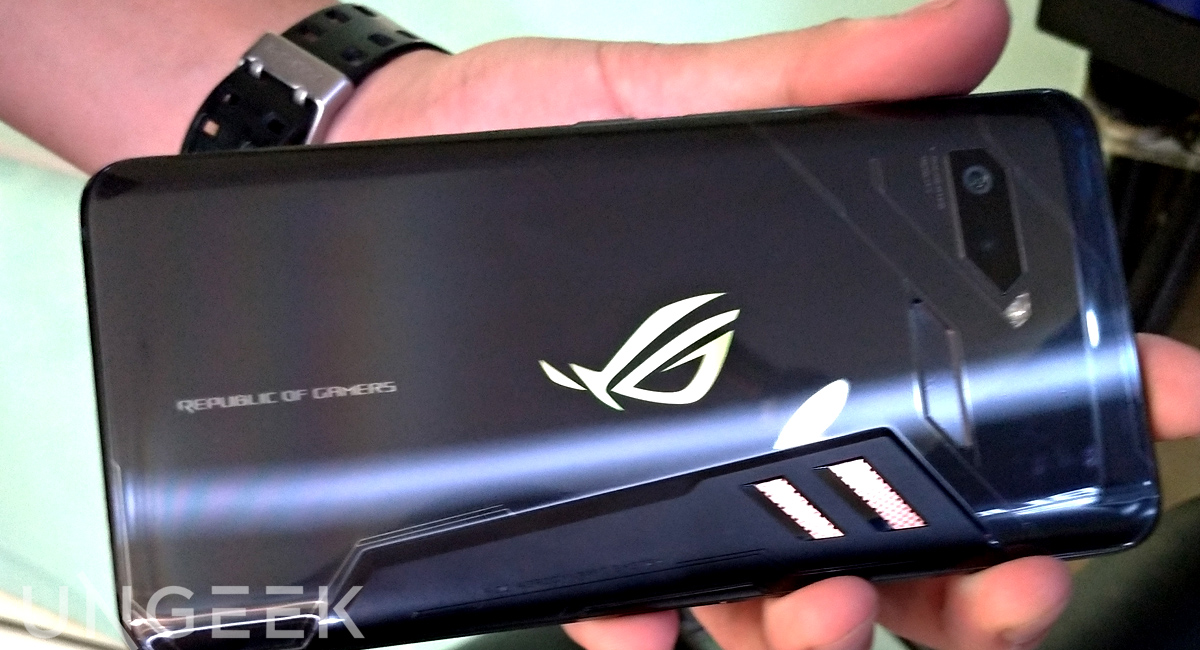 ROG’s lineup of gaming products such as laptops and PC hardware all feature angular “gamer-certified” designs. The ROG Phone is no different, as it’s unmistakably an ROG device. It has a great feel in-hand, both for gaming and for general use, even if it’s a big phone.

The phone’s size is not a problem, especially as it packs a monster 4000mAh battery, so you can game longer without charging.

ASUS’ new ROG Phone actually has more features that I haven’t even discussed yet. There’s the “air-trigger” buttons, the ROG Phone’s camera, and many more!

We can’t wait til ASUS releases the ROG Phone here in the Philippines, as it looks to be the phone to beat for serious mobile gamers. Now if you’ll excuse me, I have some internal organs to sell (hopefully they’ll be enough so I can afford one) before the ROG Phone becomes available this Q3 2018.