Look at all of the games I don't have time to play! 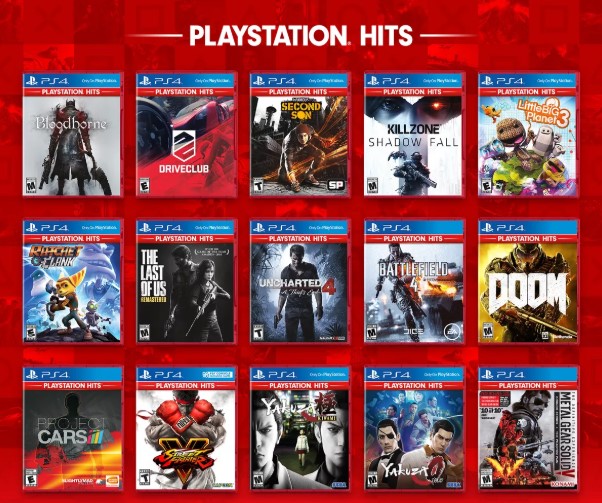 With the recent opening of the first ever PlayStation store in the Philippines and the great deals that came along with it, Sony is keeping the good deals coming in by introducing the PS4 hits series, which would provide world popular games that are featured on the PS4!

These games will be priced at PHP 1,099 and will have a red banner on the packaging that will make it easy for customers to identify. This series offers an awesome line-up of games which will gradually expand after the launch of the first series on July 26, 2018. Check out the list of games below:

See anything you like? These games are available at their discounted prices at your nearest retailer such as i-Tech, Game One, and the newly opened Playstation store so go ahead and grab your copies now!

- Advertisement -
Previous articleNieR: Automata is now available on Xbox One
Next articleSony announced venue, dates, and confirmed titles (so far) for PSX SEA 2018!