The UNIQLO Kaws X Sesame Street collection is out now

Take all my money UNIQLO! 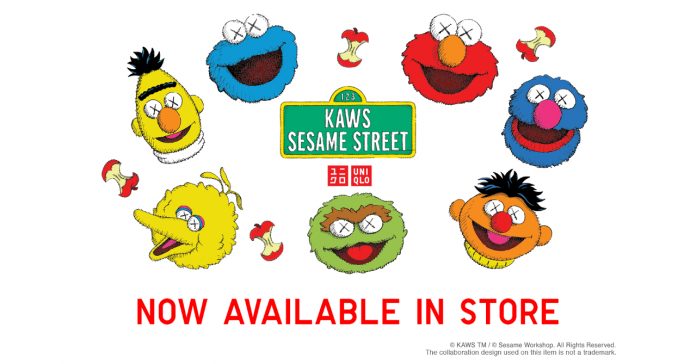 The KAWS X SESAME STREET UT line features your favorite Sesame Street characters, but with Xs instead of eyes — which is a staple of KAWS collabs. The collection has a total of 23 t-shirts of different colors and/or designs for people of all ages.

Here’s a look at some of the KAWS X SESAME STREET shirts:

For those unfamiliar with KAWS, he is a an American artist and designer who became well known for his graffiti work, sculptures, paintings, and toys. KAWS is also an influential figure in the street art and streetwear scene.

Each shirt of the KAWS x SESAME STREET will be available in XS to 2XL sizes (with XS and 2XL only being available in large UNIQLO stores. The t-shirts will be priced at PHP 590.

- Advertisement -
Previous article
Crash Bandicoot N. Sane Trilogy now available on the Nintendo Switch, Xbox One, and PC
Next article
Indie game ‘No Heroes Here’ for the Switch might just be the next party game for you