They Are Back! | ZenFone 5 Geek Lifestyle Review

Oh my god, they're back again! 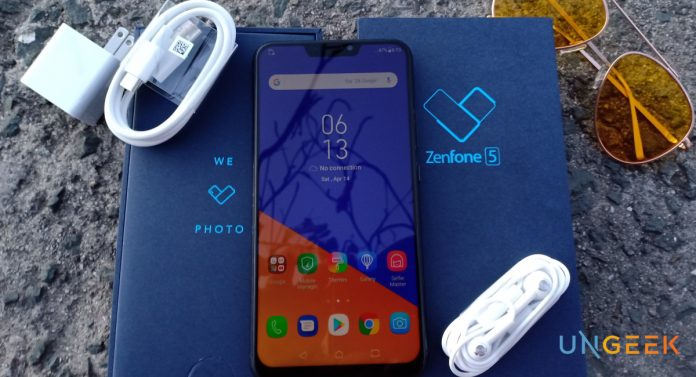 We’ve been using the ASUS ZenFone 5 quite extensively for over a month now and we’re superbly happy that the once lustrous brand that shook an entire smartphone market is back – and shaking things up once again. 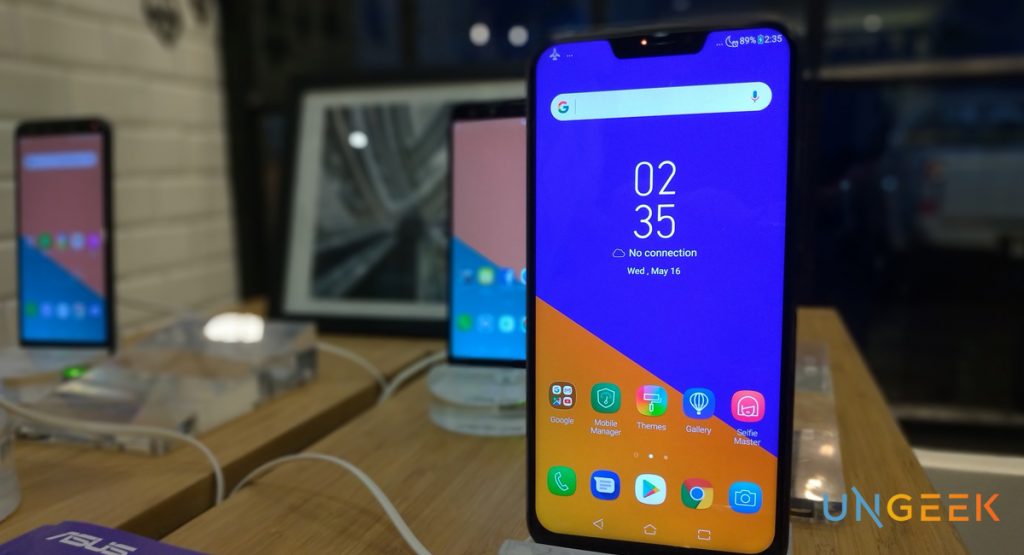 The launch of the ASUS ZenFone 5 series made quite a stir because of the solid specs and features the phone carried and a price-point that was then-hard to beat. But we wanted to test the ZenFone 5 against real world applications hence we also brought the phone to our Taiwan Computex Trip.

But before we go into our findings here’s the tech specification once more of the ASUS ZenFone 5: 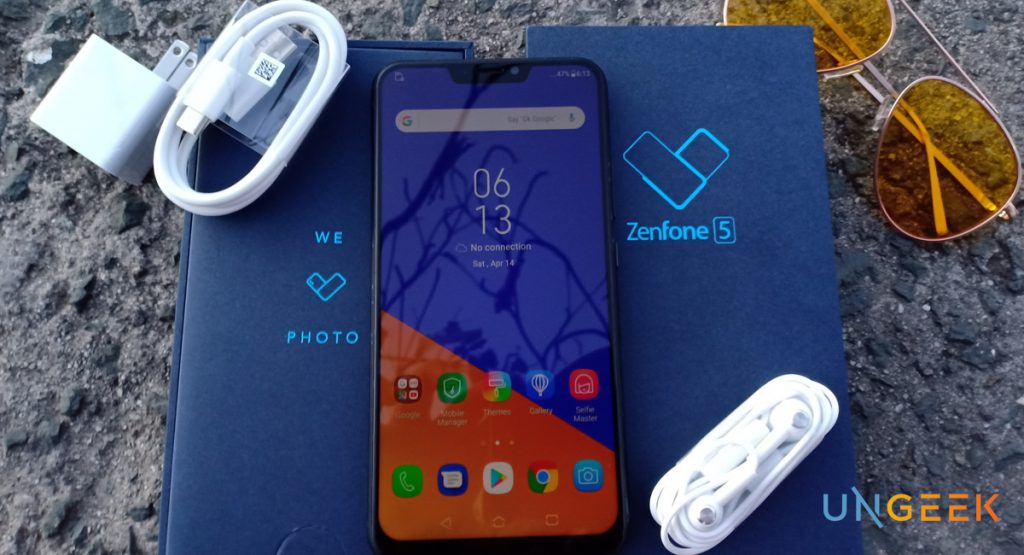 ASUS ZenFone 5 is a beautiful device with a solid form-factor. The thin-bezels and 19:9 aspect ration 6.2” FHD display is just stunning to behold. There is a notch in front, but ASUS managed to make it slimmer a bit more discreet than others. At the back, the ZenFone sports the iconic concentric circles that ASUS is known for. The glass back panel just gives it a shimmer and an added protective layer to the phone. If ever, I do have an issue with the grip of the phone without a jelly case – tends to be too slippery for my taste. But this seems to be solved by equipping it with the jelly case that comes with the phone purchase. Easy-peasy. 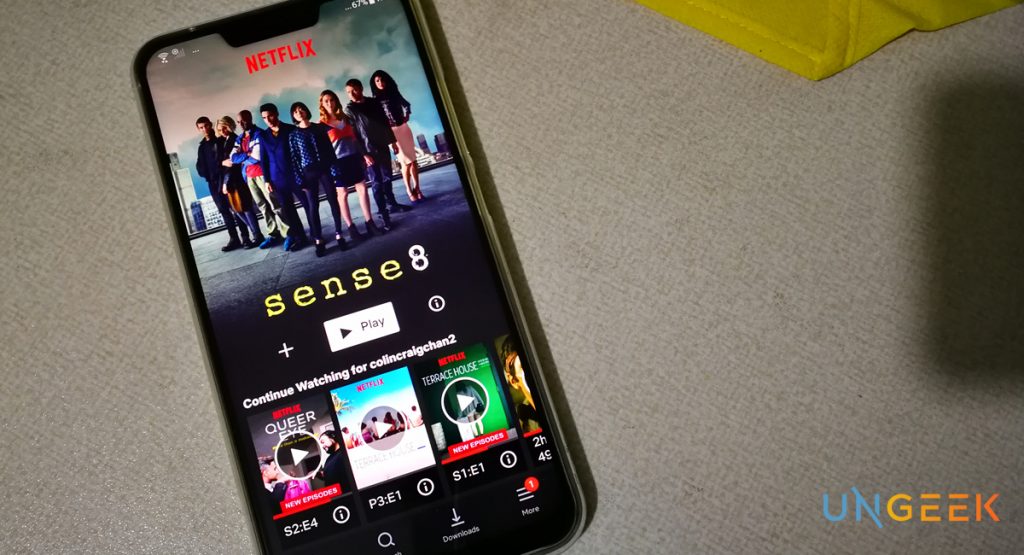 The 6.2” inch display on a 5.5” phone is truly a marvel to use when binge watching your favorite shows on Netflix, YouTube, other streaming services and with playing games. While the notch does get in the way somehow, because of how slim the bezels are, they become a bit negligible when watching. On gaming, you have the option of turning that off, so you can get the most out of the icons appearing on the left side of the screen. If your game doesn’t need you to use that side, however, go full screen, you’ll love how wide everything is. 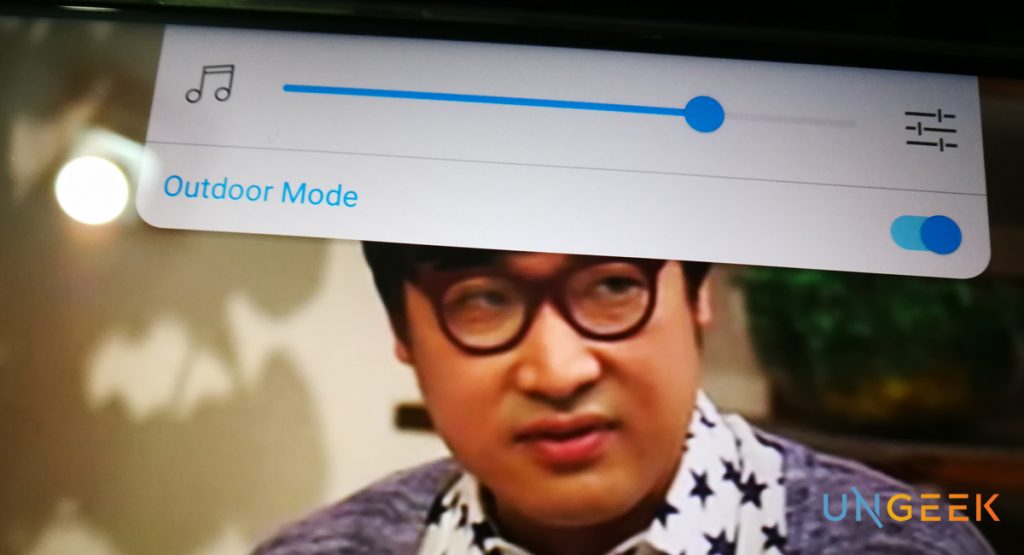 With dual speakers and dual amps, the ZenFone 5 can out audio loudly yet comfortably distortion-free. The outdoor mode also helps with showing video or audio files to people when you’re in an environment with a lot of background noise. Oh, and did we mention that the ZenFone 5 is Hi-Res Audio Certified? Yeahp, they are! Playback of HRA materials are a breeze for the ZenFone 5 – and the ZenFone earphones bundled with the unit are HRA compliant as well, so you don’t have to purchase a separate earphones just to enjoy your HRA audio music. 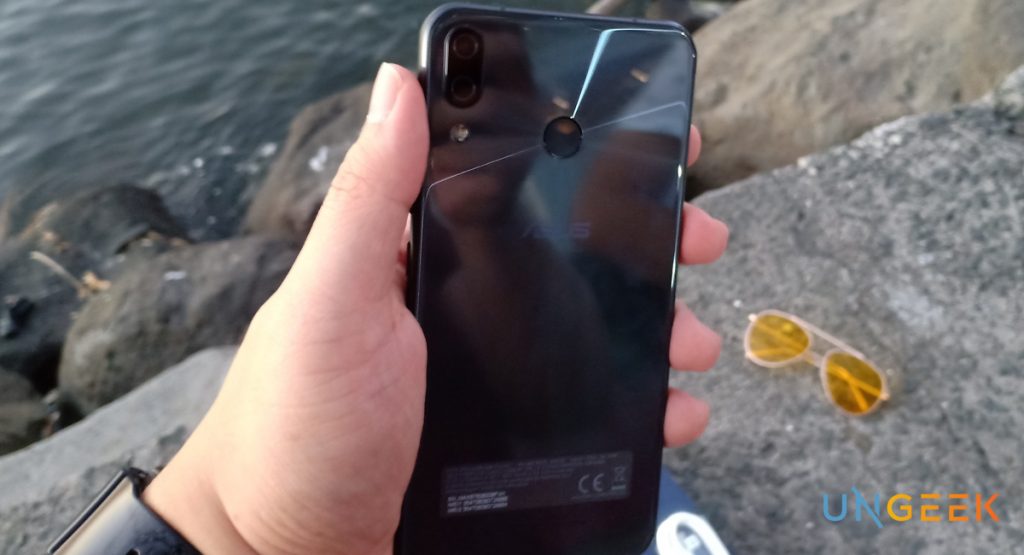 Because of the Ai-Supported dual camera of the ZenFone 5, the phone can capture shots as quickly and as beautifully as possible. The unit has a bunch of pre-loaded settings depending on who or what you’re taking a photo of. More than the specs, though, it’s the inclusion of the wide-angle lens on both rear and front camera that I truly appreciated.

This feature was removed from a lot of other smartphones in the market and to be honest, the wide-angle is one of the most flattering lenses you can put on a smartphone especially for selfies. As a chubby, short man, the wide-angle lens actually makes me look much slimmer than I actually am WHICH IS A BIG PLUS ON MY BOOK AUTOMATICALLY! 😀 The only problem is, turning the wide angle on loses a bit of the photo stability so you’ll have to compensate a little bit. 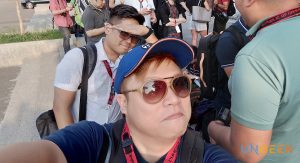 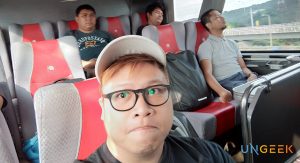 And while we can talk about the photos till the next article, I’d like to touch up on the video component of the ZenFone 5. For a phone that’s priced at less than Php 20,000, this unit is jampacked with a lot of video features like a slow-mo setting (that records at 120fps – not the super slow mo of other rival phones but its not half-bad to be honest), and the capability to shoot at 4k at 30fps.

Personally, though, I’d rather shoot at 1080p with 60fps. The more frames that get into the shot, the less jittery my video become even without the use of a gimbal or tripod. Not bad, if you ask me. The only drawback from shooting with 60fps is the increased file size – which is where the expandable memory comes into play.

This is a video I stitched together that was shot entirely on the ZenFone 5 and edited with an Adobe Premiere Pro (no After Effects because I have no idea how to use that…yet).

(Yes, I’m obsessed with Terrace house and YES, that is the ASUS ROG Phone. More on that HERE).

It doesn’t get a perfect score as it still struggles with low-light photography and while the Ai helps tremendously, if you’re shooting successively, because of the computing power involved, it will at times slow down a bit. But if you have enough time, patience (and a tripod), you can get amazing night photography shots still. 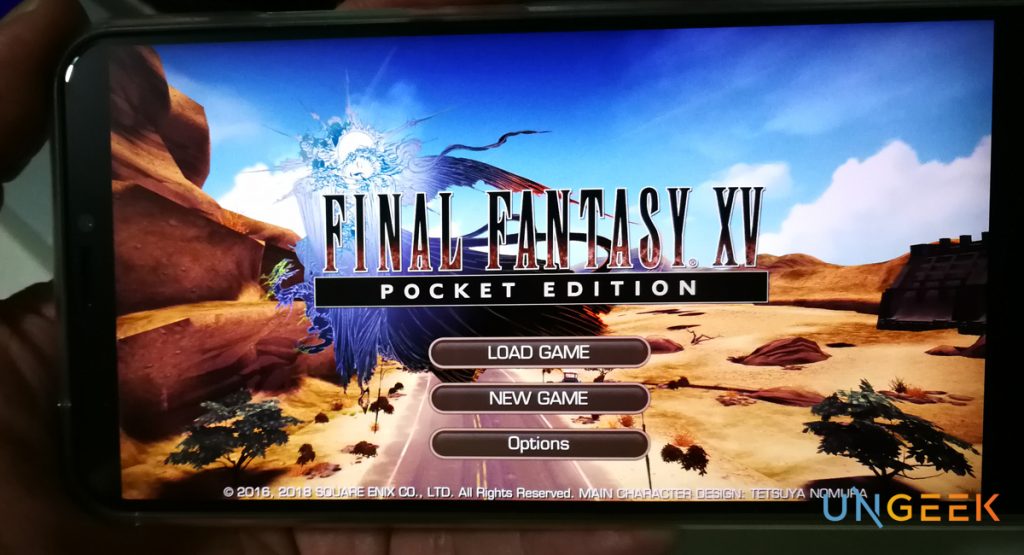 The Snapdragon 636 made easy work of almost all the games we play on mobile. Doesn’t matter if you play mobile MOBAs like Mobile Legends or play FPS survival like PUBG Mobile, the Snapdragon 636 can handle the requirement. Even more graphic-heavy games like Final Fantasy XV Pocket Edition plays with buttery smoothness even with relatively high graphics on. If you want to pump more power to your gaming, there is the AI BOOST feature of the ZenFone 5 which allows more a slight increase in power usage when it detects graphic-demanding or computing-demanding apps. Take note, however, that this will drain your battery slightly faster. But even without the AI boost, you can play almost anything you throw at the ZenFone 5. When we were playing Final Fantasy XV Pocket Edition we had our graphics up to max — including max framerate and we rarely had the need to turn the AI boost on. 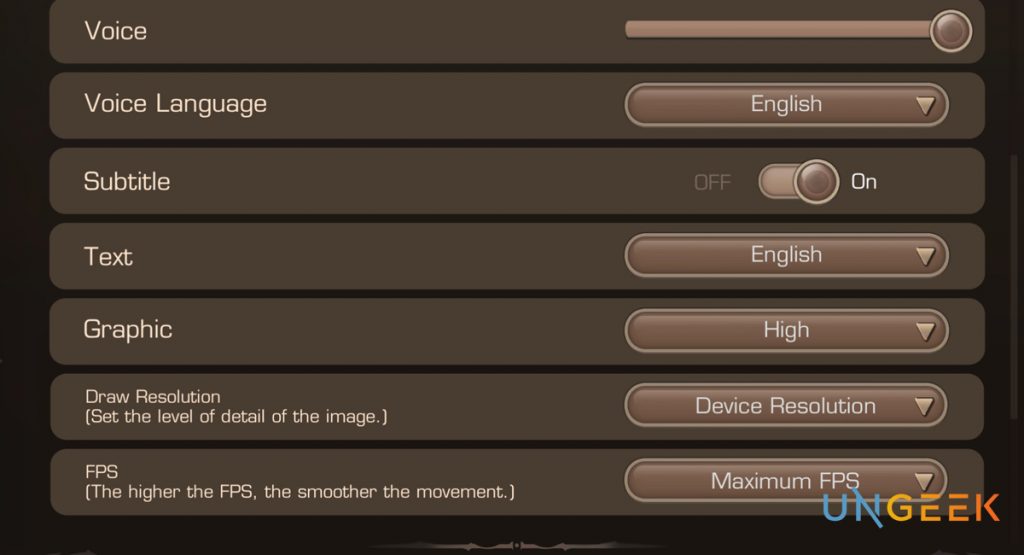 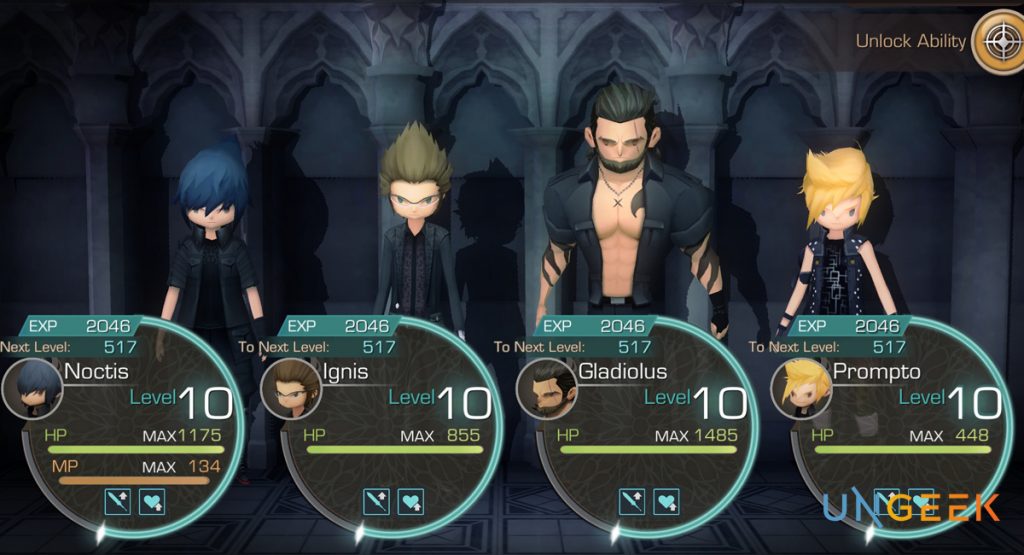 It’s been a while since a ZenFone has captured my attention and the ZenFone 5 definitely is the one to look at. Solid performance, great aesthetics and handfeel and a wonderful price-point for the brand (which surprised us all to be honest), the ZenFone 5 gets almost a perfect score if it isn’t for the constant software updates it gets and little hiccups here and there. The trauma of old ZenFone users is the constant software update that eats up your productivity and just kills your day’s rhythm. While it’s definitely less, it’s there still and the constant reminder stirs the ghost of ZenFone’s past sins once again. Hopefully after a whole bunch of updates the software can quiet down for a bit. 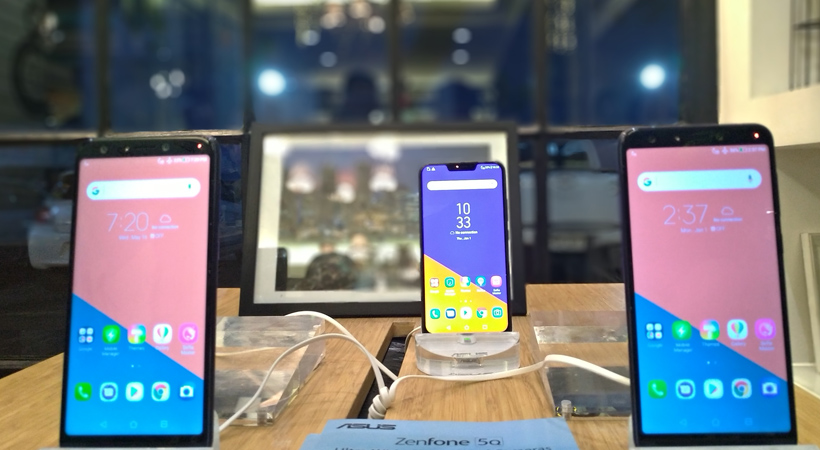 The 3300mah battery, coupled with Qualcomm Snapdragon 636’s power optimization, offers superb power to the ZenFone 5. You will need to charge your phone daily, still, but not as often as you’d think. For heavy usage (meaning constant 4G, applications open and video shoots using the phone), the ZenFone 5 lasted me about 5-6 hours before I had to plug it in a powerbank again.

Overall the ZenFone 5 is one of the company’s best release and we can’t wait to see the stronger iteration of the device – the 5z and what the line has in store for us! Welcome back, ASUS. We missed you!

Previous articleESGS 2018 announces partnership with PLDT Home Fibr and Smart
Next articleThe OPPO Find X is here, and it has three pop-up cameras!

They Are Back! | ZenFone 5 Geek Lifestyle ReviewThey're definitely back! The ZenFone 5 is one of the best releases of the year so far. ASUS created a mid-range phone with flagship-like specs. Gorgeously built, this Qualcomm Snapdragon 636 powered beauty can operate almost any app you throw at it with relative easy and efficiency. Decent cameras and a superb display, the ZenFone 5 is a joy to use and a solid recommendation for smartphones south of Php 20k mark.