Exploring the hype behind the Jollibee Funko Pop

Did you manage to get one? 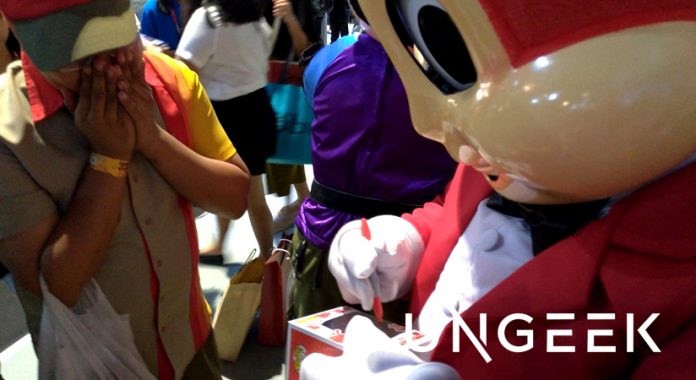 If you were at AsiaPOP Comic Con 2018 this weekend, you couldn’t have ignored the fact that the lines for the Jollibee Funko Pop was insane. Some people got lucky, some waited for a couple of hours, some people waited for nearly the whole of the first day, so we ask, why is this Funko Pop such a big deal? Some of the fans share their thoughts on why they braved the lines to get their hands on the super hyped Jollibee Funko Pop! 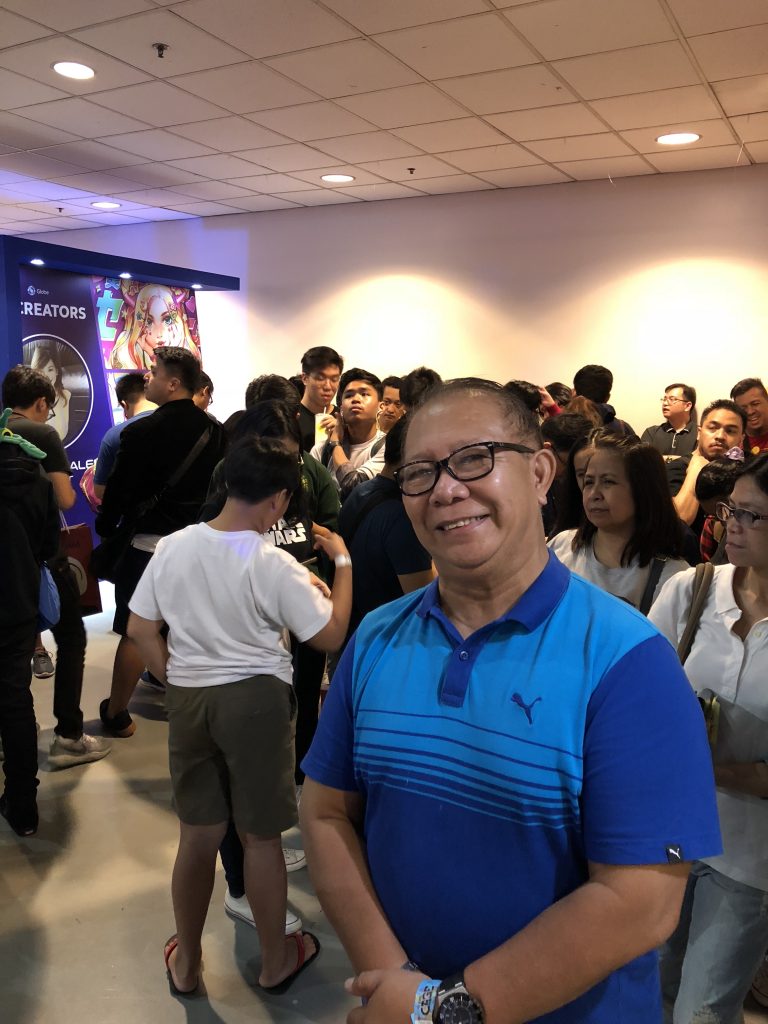 Meet Mr. Castellano, a dedicated father and a family man. It turns out, he went to APCC really early in the morning just to fall in line and during the time I got to talk to him, he’s been in line for around 3 hours already with his wife. His youngest son is fond of toys and collectibles but is stationed in Daly City, making the Pop physically impossible to get. Sir Castellano and his wife set out to attend the event to pick up a pop for their son as they knew it would make him very happy. And hey, it’s no ordinary pop, it’s #PinoyPride at its finest! 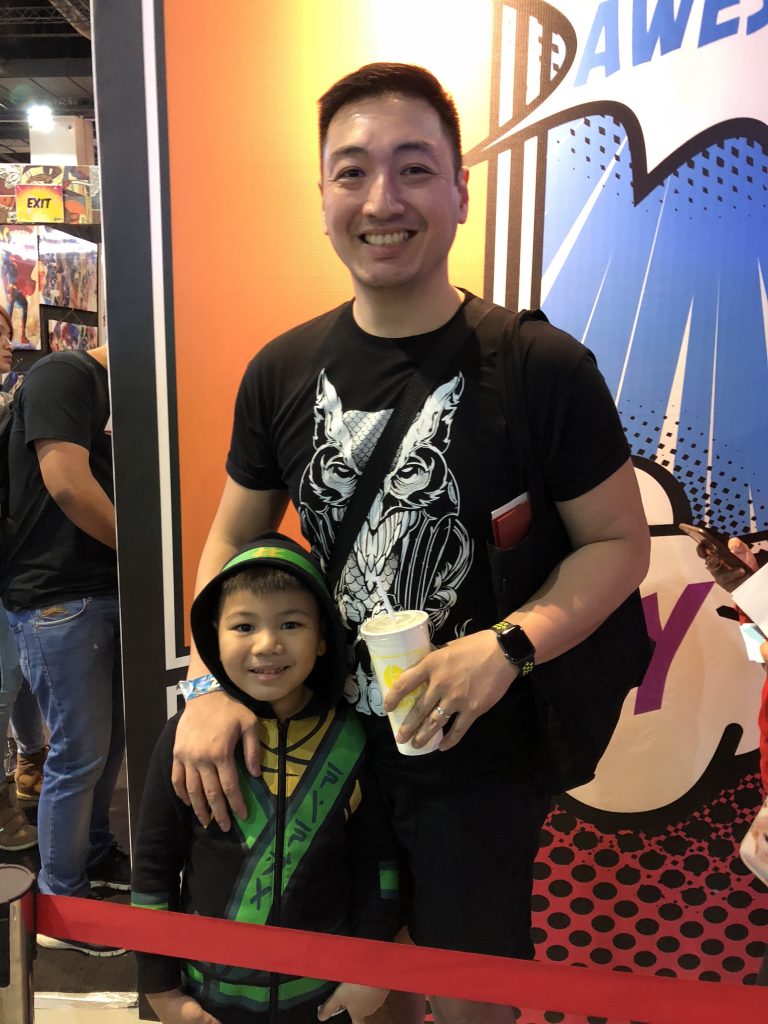 Sir Mik and his son Nathan has a different story altogether, they got lucky with a stub that allowed him to be one of the first in line for his cutoff batch during day 2 of APCC. Thankfully, day 2 proved to have a better system from day 1, giving Sir Mik and his son a relatively easy way to get a pop for his own personal collection, and it’s a special pop for him too since it’s a Philippine based pop that almost all Pinoys know and love! 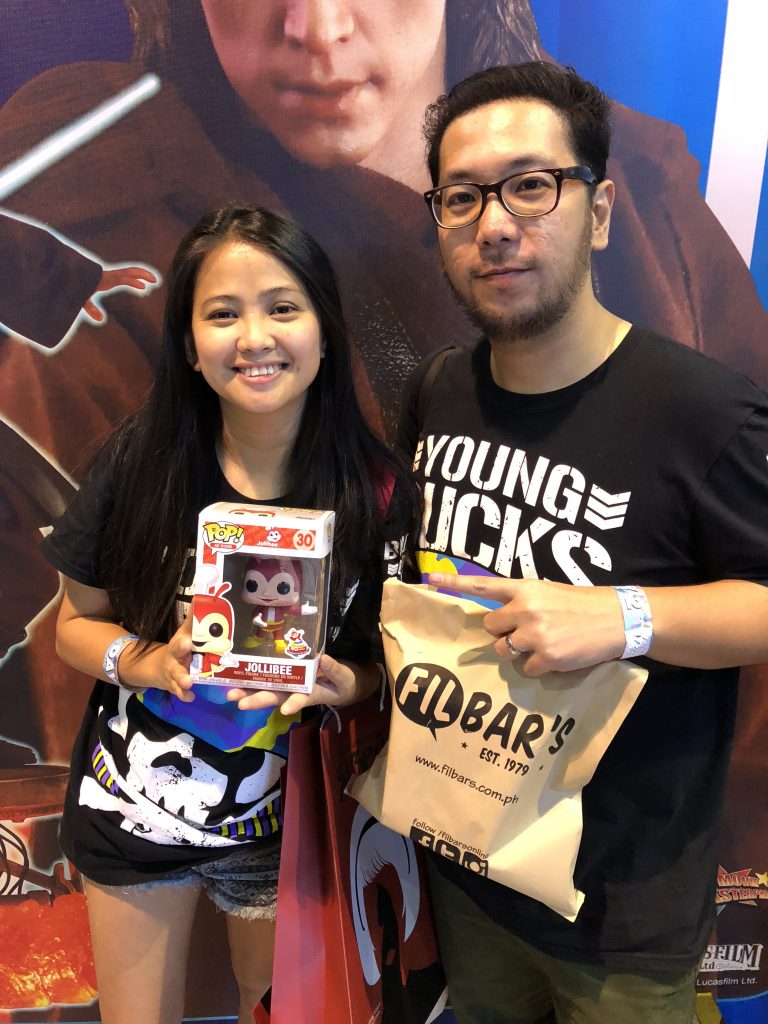 Con goers Francis and Rachel thanked the better experience today compared to yesterday since they were avid Funko Pop collectors. They have quite the collection already, but really wanted to get this one, even though they knew they it would prove to be a bit challenging to acquire. They looked to expand their collection with this Philippine Icon, and what better way to do it than fall in line together and both getting their own pops, all smiles on both of them at the end of the day for these collectors! 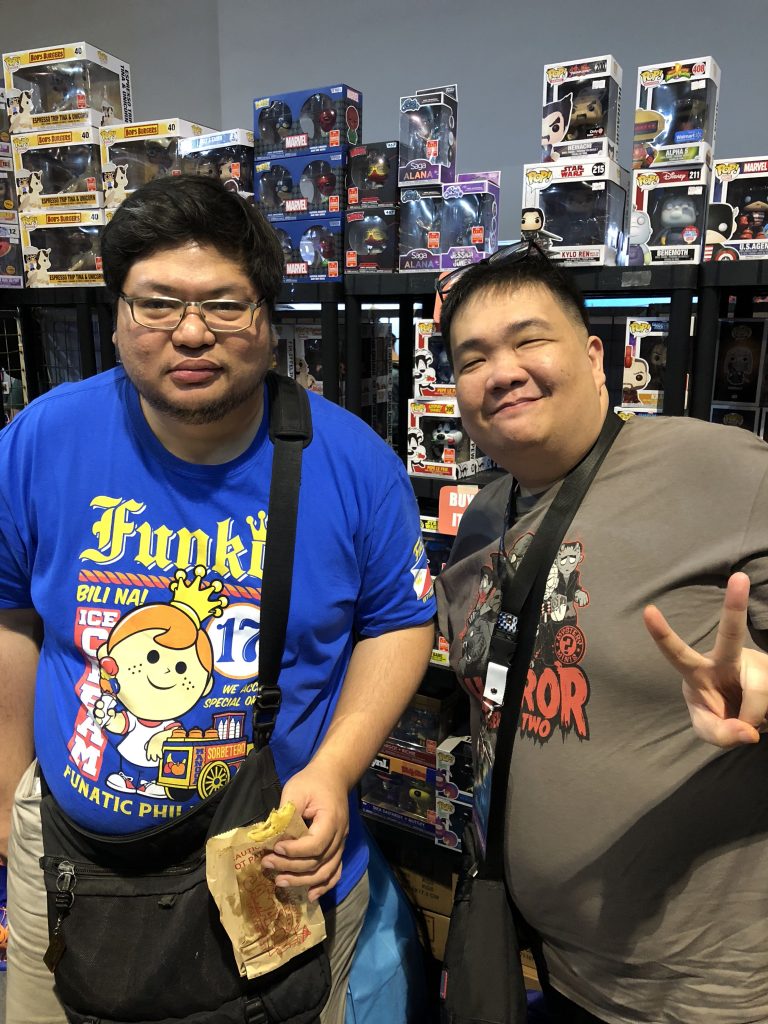 If you are a Funko Pop collector worth your salt, you must know these guys. Owners of one of the biggest Funko Pop retailers in the Philippines, Big Boys Toy Store, meet Sean and Jeff. They have quite the collection of their own, but admitted that having a Philippine based Pop after Manny Pacquiao was something of a dream become reality. Jollibee had been an icon for them ever since they were kids and up to now, the bee has been something that represented the Philippines which is why they were more than happy to collect this latest release with no questions asked.

For people around the world, this pop may just be another one of those figures but for every Filipino, this pop represents their childhood, memories with their family growing up, and memories that they will continue to create as they grow old. Line or no line, this is definitely one of the highlights of APCC 2018!