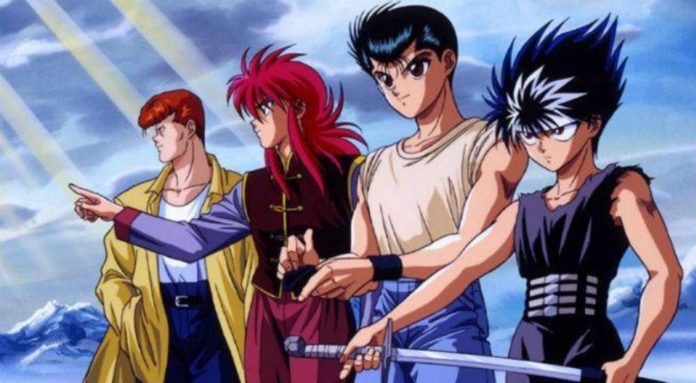 Yu Yu Hakusho or more popularly known as Ghost Fighter here in the Philippines took everyone’s afternoons by storm when it was airing in the 90s. The show was a huge hit and gained much popularity with kids and adults of the time; even today the fan-base for the 90s anime is still strong! Not suprising, given that it is one of the most watched anime series along with Samurai X (Rurouni Kenshin).

In case you missed it there’s a new OVA on its way, and to celebrate, let’s ride the nostalgia train and take a look at all the memorable moments from the show: 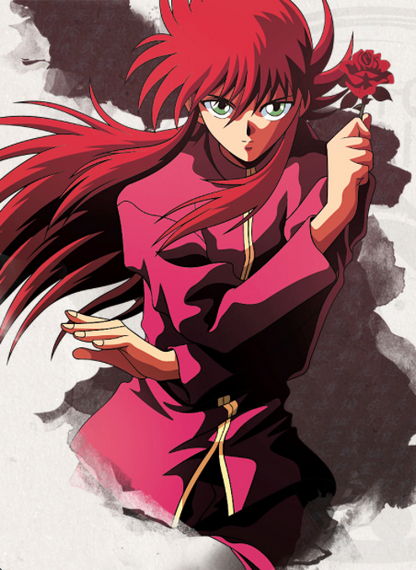 We all know about Kurama, but what about Denise? In the Filipino Dub during the first story arc, Dennis (Kurama) was introduced as a GIRL. During that time he was referred to as Denise and had a female voice actress, but when they finally learned the truth they did a 180 and explained that he was just disguising himself as a girl the whole time! Quite a funny turn of events I must say. 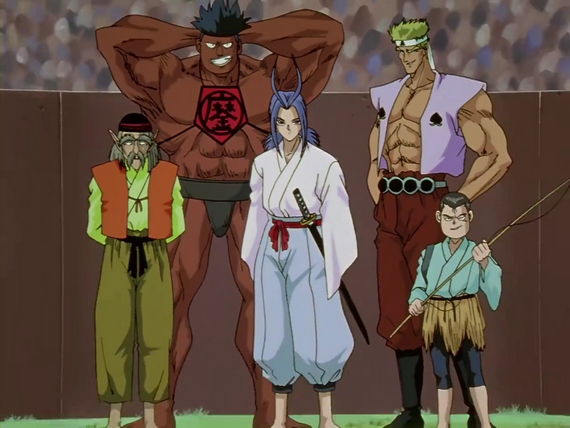 Character’s name changes are not new, especially when the show is localized to fit a country’s audience better; or sometimes to avoid controversy (think Mr. Satan/Master Pogi). But not only was Yu Yu Hakusho’s title and names of the main cast changed, a lot of other elements of the show were modified as well.

For example, the Dark Tournament became known as here as the Toguro Tournament, and many of its participants had rather weird names as well.There’s also the team names such as  Black Magic Team (Team Masho), or the well known Unga tongi Team (Team Uraotogi). 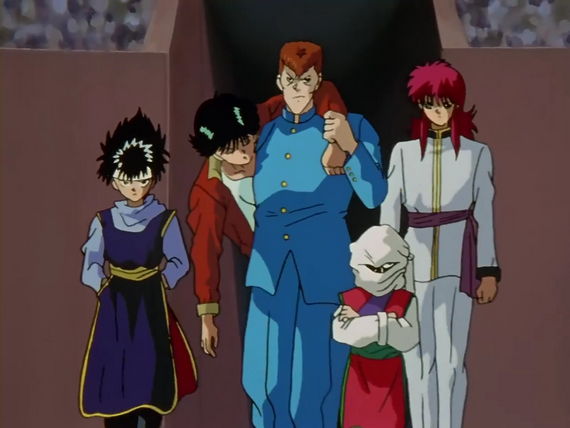 And of course, who can forget Ang Kupunan nila Eugene! 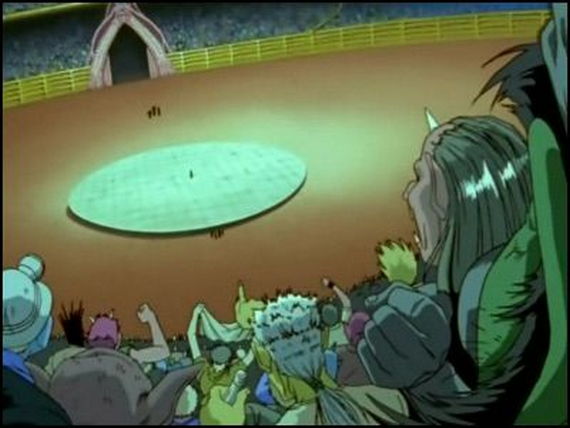 Anyone who watched Ghost Fighter on TV will definitely have chanted this at some point in their lives. During the Dark Touranment saga, monsters in the audience screamed “Tapusin! Tapusin!” as they wished for our heroes’ demise. Since then the whole chant became a running gag whenever someone is starting a real life fight or just simply want to make a funny commotion. 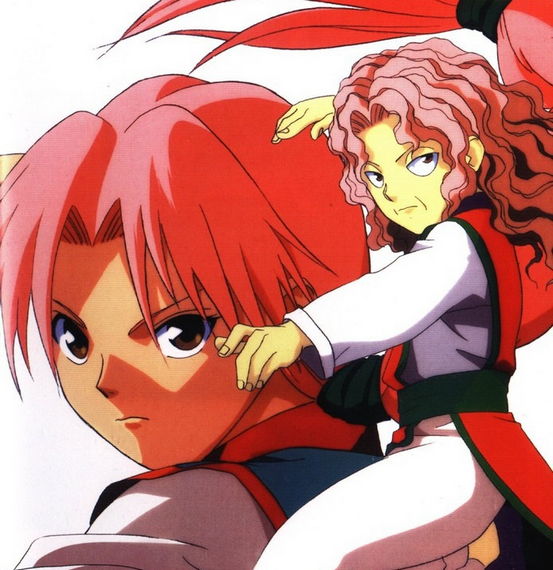 Much like Dennis (Kurama), the guys who handled the dub thought that Master Jeremiah (Genkai) was a guy, and her true identity was only revealed in the Dark Tournament saga (which was well into the show’s run). It was a huge shocker for everyone when they learned that Master Jeremiah is in fact a girl; the old master even had a male voice! 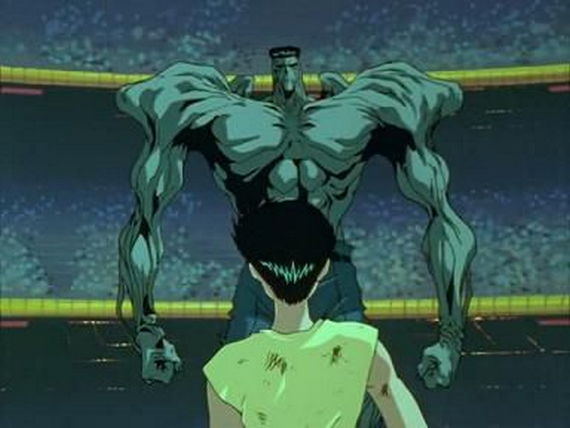 Whenever Toguro was on screen during the Dark Tournament arc, he wouldn’t stop yapping about using 100% percent of his power on a worthy opponent. Considering how powerful the guy was, we couldn’t wait to see hisfull power at the time, and boy was it memorable when Toguro finally used it against Eugene! Plus, who couldn’t forget his line: “Heto na ang aking isandaang porsyentong lakas!” (this is 100% of my power).

The anime was not the only huge hit back then, so was the game Teks. It was a half-sized locally-produced card game similar to Pogs, only they are not round and had no official manufacturer (well, a lot of them didn’t). I remember fondly having a collection before and you were a true hotshot back then if you have a tons of these in your collection; and during Ghost Fighter’s run, all of these cards had the show’s design and characters printed on them. Sadly, though, I lost most if not all of them. 🙁 Luckily, we came across this awesome site that documented almost the entire Teks run! If you were an avid collection or still have yours, compare them to that from the massive list compiled by Indexnostalgia! Seriously, the number of Teks and Teks run is mind-boggling! 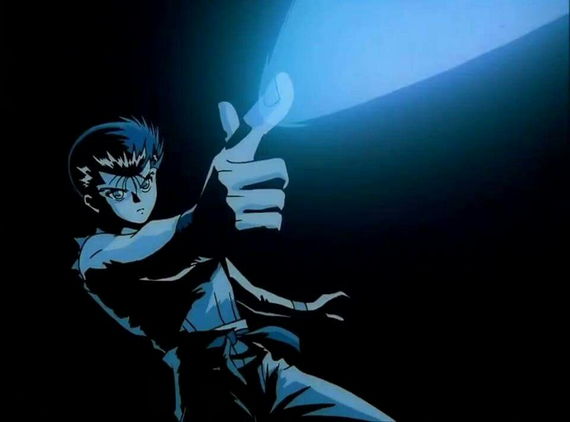 The Ray Gun or the Spirit Gun was Eugene’s signature technique that he used to fight the baddies of the show. It was so popular and iconic for its simplicity uniqueness, and I’m sure you’ve hit your classmates several times with this technique! The Ray gun received its name for the shape Eugene’s hand takes and improved in power throughout the show.

Oh.. just saying this makes me want to hear the whole thing all over again! You gotta admit you probably sang along at the top of your lungs when “Mecha Mecha” started, even though you had no idea what the heck you were saying; don’t worry, I did the same too. The first opening for Yu Yu Hakusho was insanely catchy and memorable, and it still even holds up today!

Those are just some of the few things about Yu Yu Hakusho/Ghost Fighter that we very much love! Did we miss anything? Sound off on the comments below to share your favorite Ghost Fighter moments!