Meet the Voice Actors that shaped an Industry | APCC 2018

My inner child was so excited to meet them all! 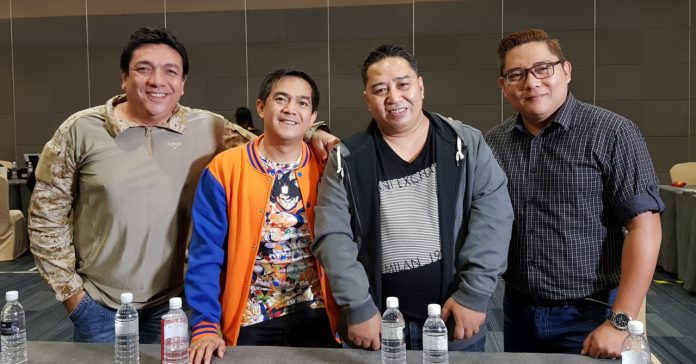 At Asia Pop Comicon 2018, international personalities weren’t the only guests to grace the event, even beloved local voice actors joined the convention. From your favorite animes to telenovelas, you hear them, you love them, they are the voices of our our childhood heroes (and even teenage crushes). They are Apollo Abraham, Bernie Malejana, Jeff Utanes, and Benjie Dorango; and at APCC, they chose their favorite characters to voice along with insight on the local voice acting industry.

As prolific voice actors, it was tough for the four to choose their favorites. For Apollo his most memorable roles are Krillin and Mr. Satan from DBZ. Meanwhile, Jeff of course said Son Goku. For Bernie’s turn, he said that his favorite is Future Trunks. Lastly, Benjie answered with Meteor Garden’s Dao Ming Si.

Sadly, voice acting in the country is a niche industry in the Philippines as Apollo pointed out. But despite that, the awesome foursome encouraged everyone to try, experiment, and explore to find their inner acting voice.

Although the pool of voice actors are small locally, the industry has come a long way. As they pointed out lip syncing was somewhat an issue before but no longer this time around. Speaking of a small pool of talent, there have been talks about how different characters tend to sound the same, partly because of the small number of veterans in the voice acting industry.

Although sometimes the producers would cast local big name actors to do the VA, for the most part the industry players would still go back to our seasoned voice acting talents. And while voice acting can be fun, it’s still a tough industry to work in because of really long hours of isolation while recording in a sound booth.

Nevertheless hearing them do their iconic sounds brings an ever wonderful sense of nostalgia to my ears. For the hopefuls out there, just have fun playing around with your voice and who knows, you might just unlock that hidden voice talent of yours.

- Advertisement -
- Advertisement -
Previous article
The Stage is Set for the Globe Conquerors Manila League of Legends Finals
Next article
Warbringers: Sylvanas animated short has put the WoW fanbase in a frenzy