Move over Tidus and Yuna, this is the best video game love story! 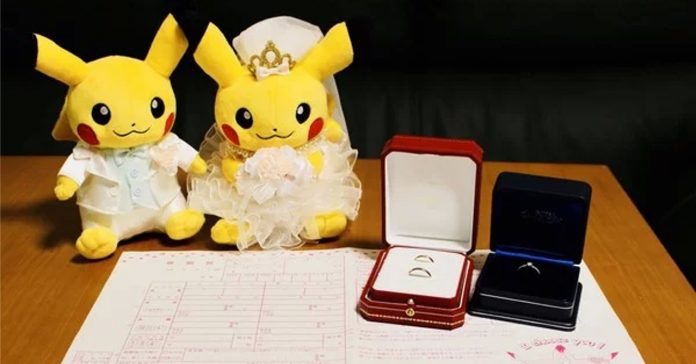 Gaming can be more than a hobby or an escape from reality, it can also be a way of connecting with people. This is exemplified in a recent tweet by a Japanese Pokemon GO player, who tweeted a series of images that announced his marriage to his girlfriend whom he met through Pokemon GO.

In the tweet by Twitter user @shibuya319, he mentioned how he is now set to marry his girlfriend “Rii-san” whom he met while playing Pokemon GO last 2016. The couple met exactly two years before the tweet (so that was August 27, 2016), and the guy also posted the Lapras that he caught on that fateful day.

Also among the images that he posted were Pokemon-themed wedding items, along with 16 profiles of friends that he has gained while playing Pokemon GO. Now if someone says games are for losers who have no life, just direct them to this heartwarming story!

If you and your significant other are also big Pokemon fans, check out these super-cool Pokemon engagement rings. And if you liked this story, you might also like this heartwarming tale of a Japanese mom who collect Shonen Jump in honor of his son.

Story via the Anime News Network.

- Advertisement -
Previous article
Marvel’s Spider-Man is getting a Photo Mode, and we can’t wait to try it!
Next article
Check Out the Call of Duty Zombie Walk at Fan Expo Canada 2018!