All the geeky stuff you could ever want in one location! 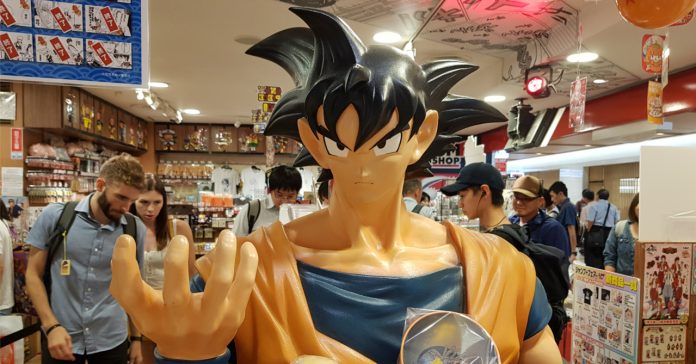 Tokyo is a mecca for any anime/video game fan, or any geek in general thanks to absolutely awesome places such as Akihabara, Otome Road in Ikebukuro, and many more. Though you don’t even have to venture far when in Tokyo to get your geek fix.

For example, our plans to go to Odaiba during a free day of our TGS coverage was cut short due to the rain. So we decided to not go outdoors, and instead just roam around Tokyo Station, one of the cities biggest (and busiest) train stations. Our decision turned out great!

While checking out the sprawling station, we happened across an underground mall just below the station’s main floor, and it housed row upon row of geeky merch stores! That place is called ‘Tokyo Character Street‘

Here’s a look at just some of the cool stores that we found there:

The first store we made a bee line for is the Jump Shop. As its name implies, the store sells tons of Shonen Jump merchandise, from the ever-popular Dragon Ball Z series, to other famous Manga such as Naruto and One Piece.

We even saw a Frieza trash can!

Near the Jump Shop is Donguri Republic, a store that’s heaven for fans of Studio Ghibli films. Not only are there super-cute merch on sale, there’s even a big Totoro display for a quick photo-op! Be careful not to drain your wallet too much though, as there’s still…

The Pokemon Store! The Pokemon store in Tokyo Station may not be as big as the one in Ikebukuro, but it’s still packed with lots of goodies for Pokemon fans. Of course there are plushies as far as the eye can see, but there are also exclusive goodies such as awesome jackets and other apparel.

Here are a few more stores that we saw during our trip through Tokyo Character Street: 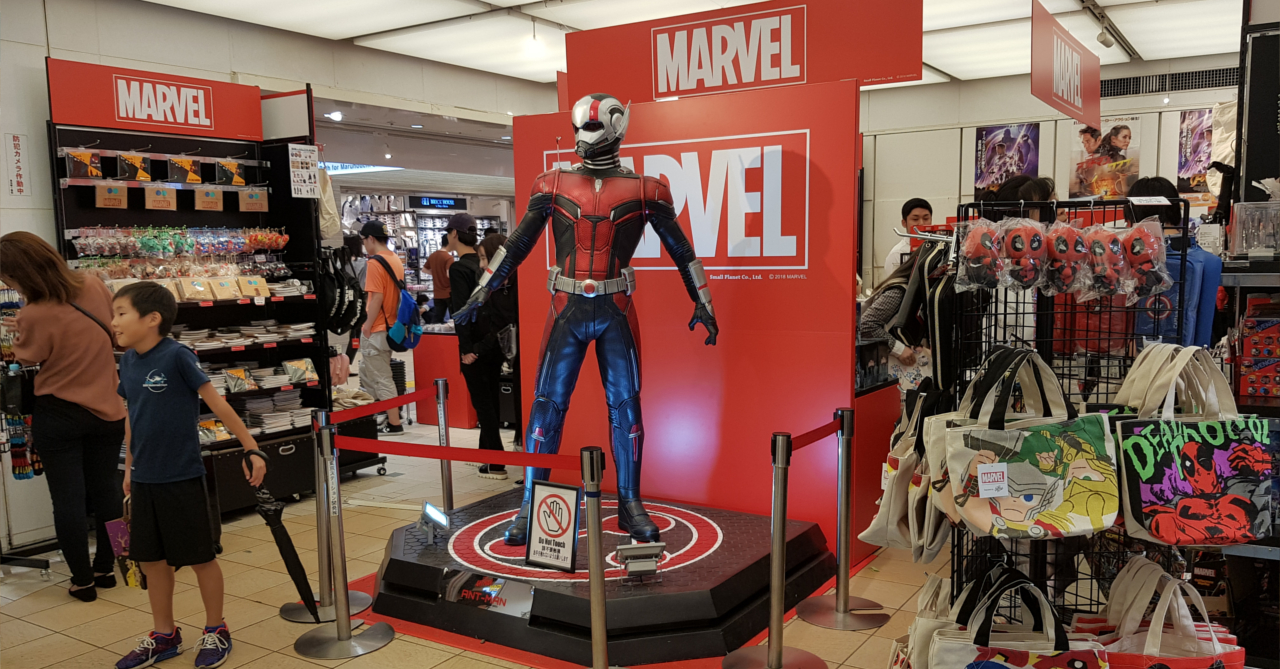 A Marvel pop-up shop complete with an Ant-Man statue! 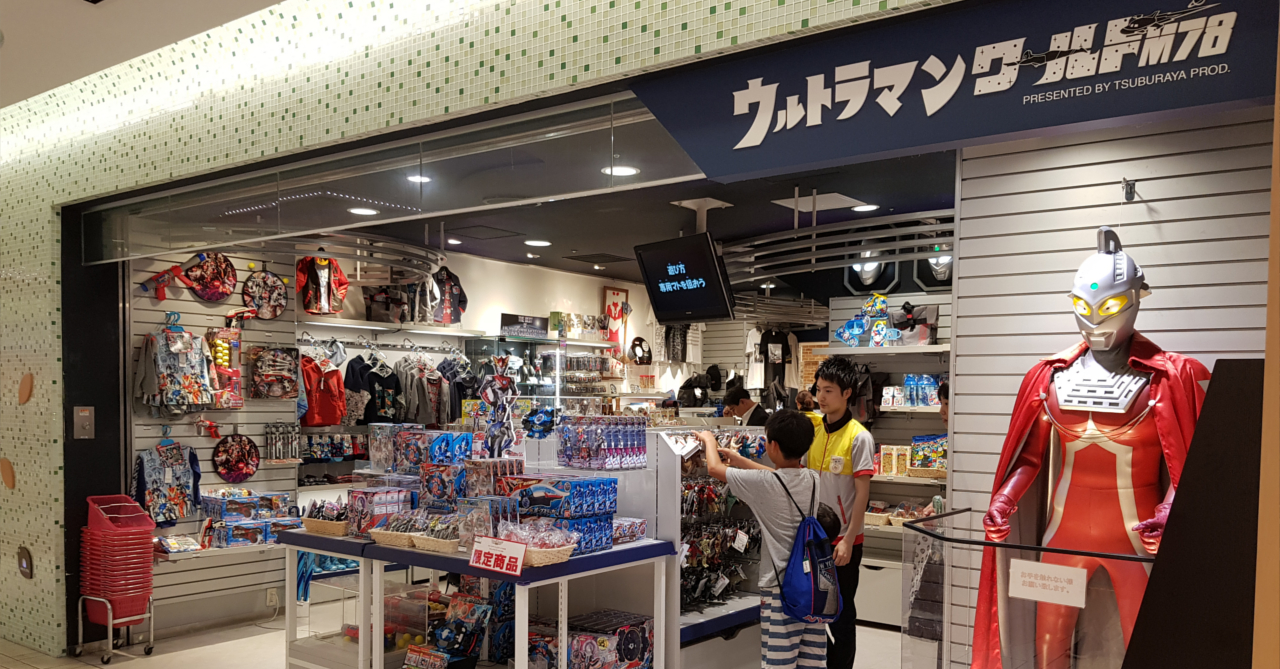 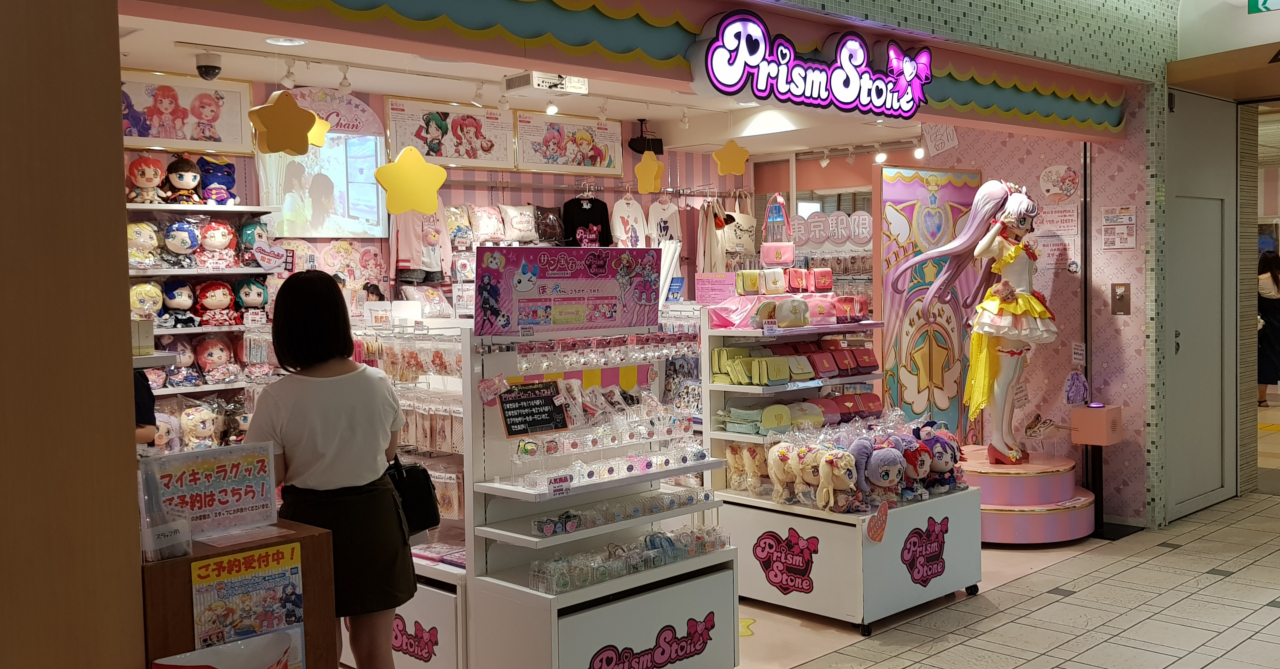 A Prism Stone shop for fans of PriPara. 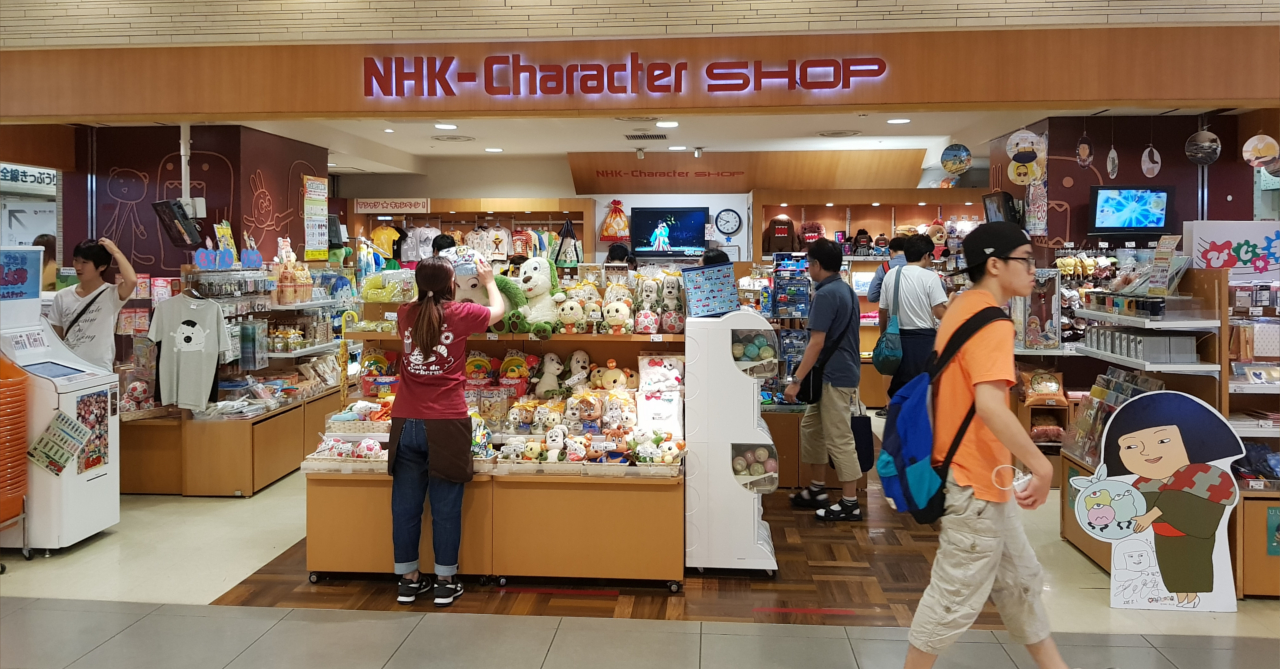 An NHK character shop for collectors of NHK’s various characters. 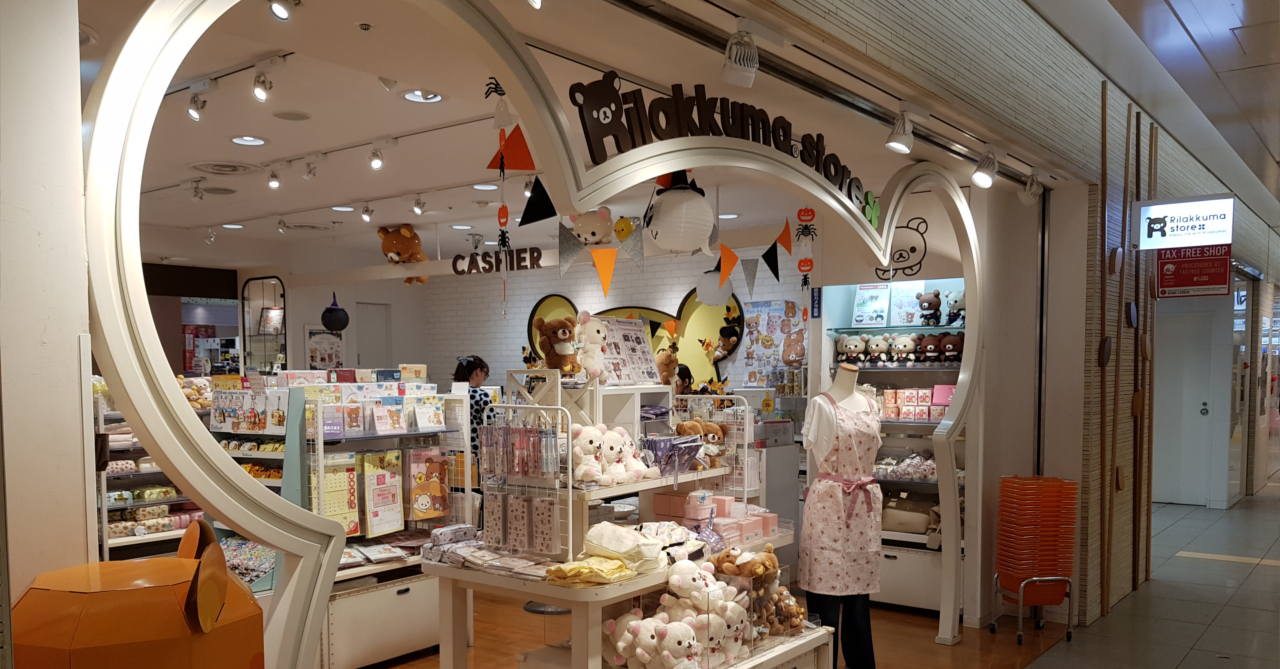 And a Rilakkuma Store!

Those are just a few stores in Tokyo Character Street, as there’s 32 shops in total! If you’re ever in Tokyo, you should definitely allot an afternoon to go through the multitude of stores. Not only will you find something for you, the place is also great for buying souvenirs for friends and family. 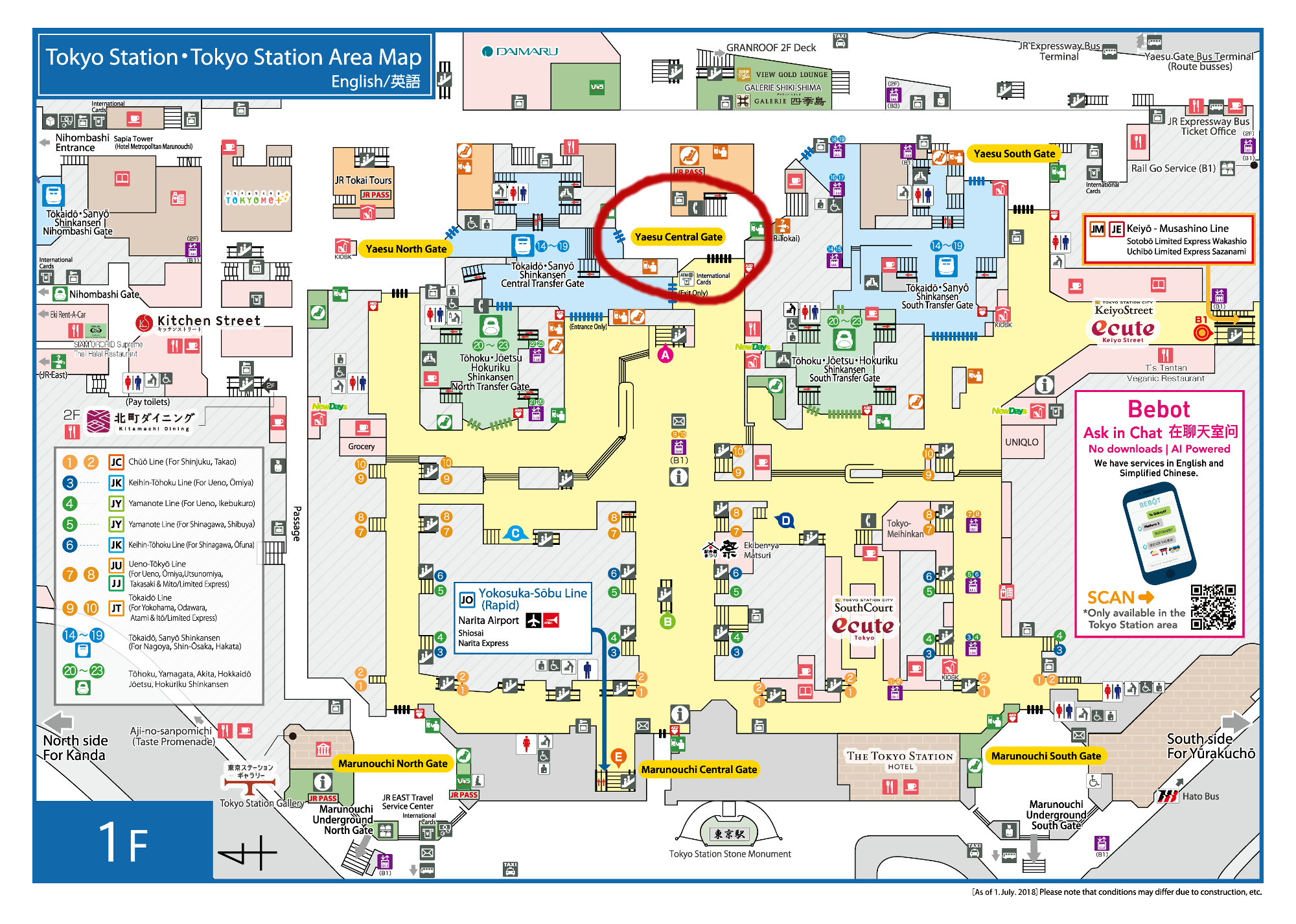 Tokyo Station’s Character Street is open from 10:00 am to 8:30 pm. To get there, from the central area of Tokyo Station, head down the stairs near the Yaesu Central Exit. 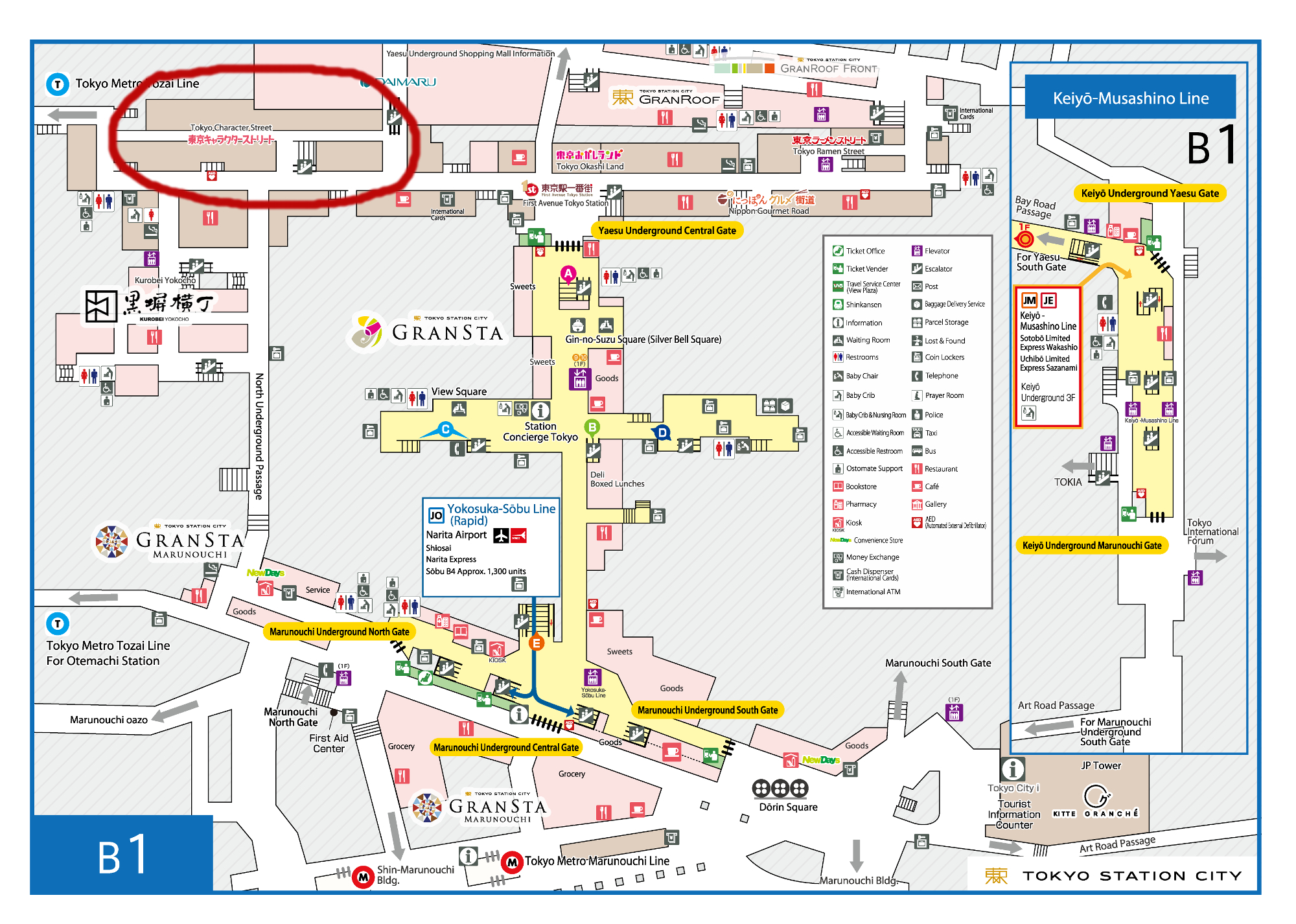 Once at floor B1, take a left and walk a few minutes and you’ll find yourself at Tokyo Character Street!