Not all heroes wear capes! 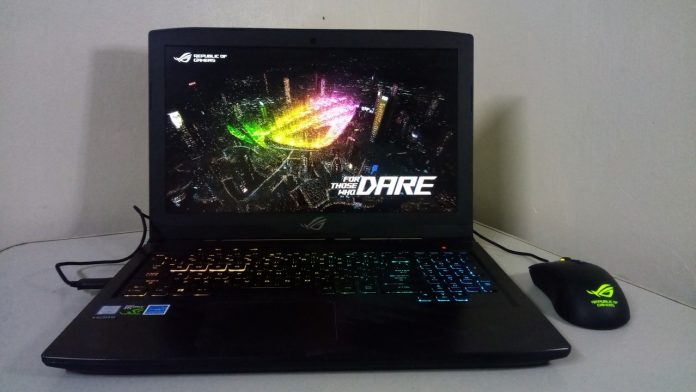 Gaming laptops aren’t cheap but brands such as ASUS are releasing models that are slightly more affordable for everyone like its ROG Strix GL503 line. First released last year, the GL503 Hero edition was updated this year with a more powerful eighth gen Intel Core processor. Does the new GL503GE deliver then? Read on as we review ASUS ROG’s latest Hero laptop! 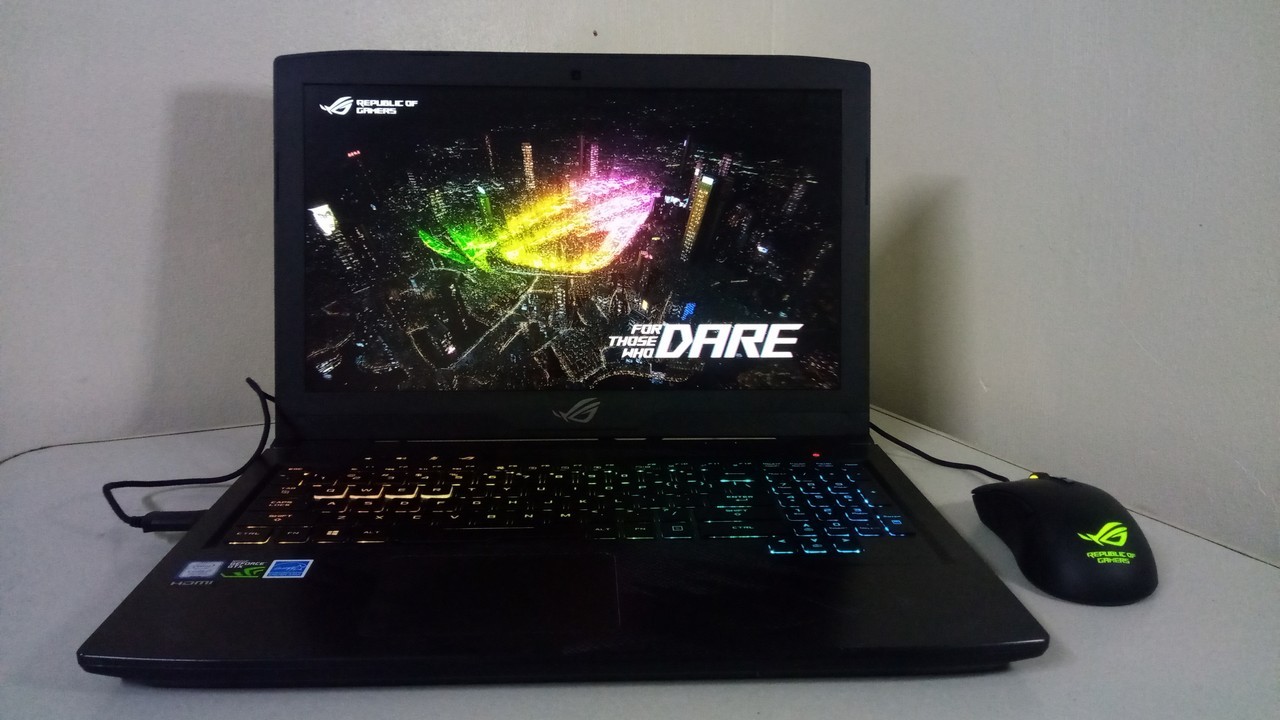 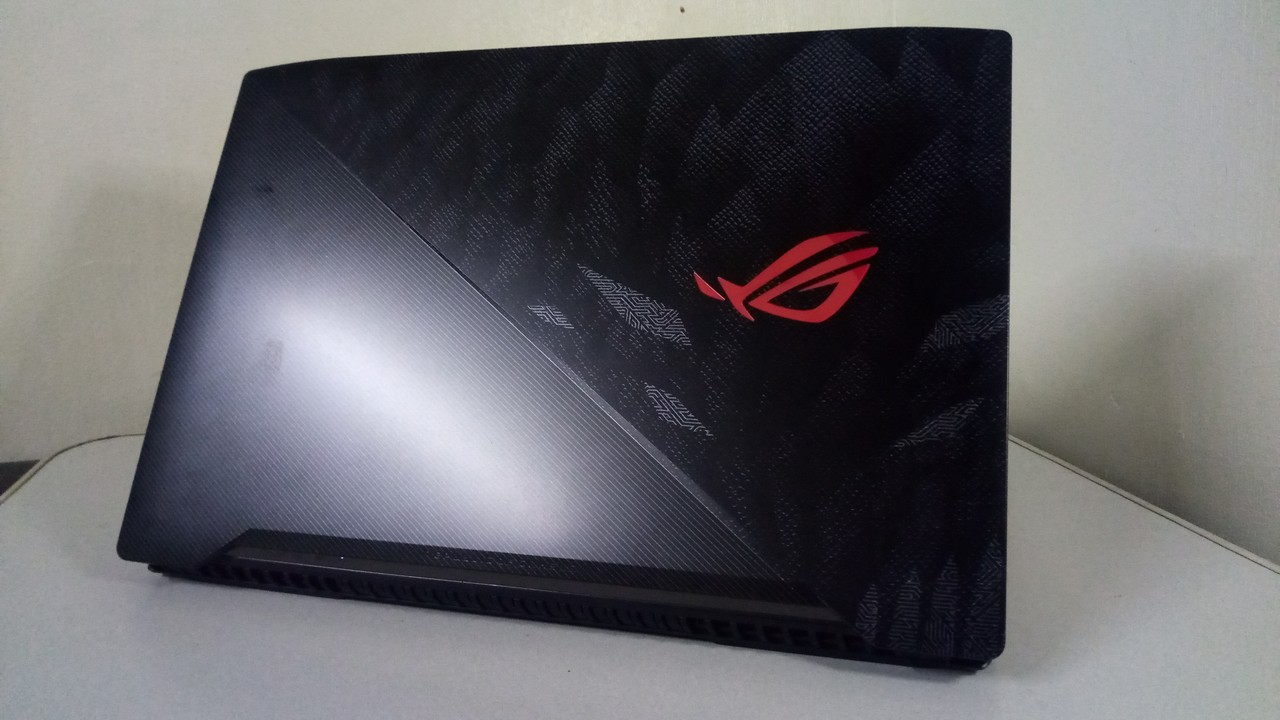 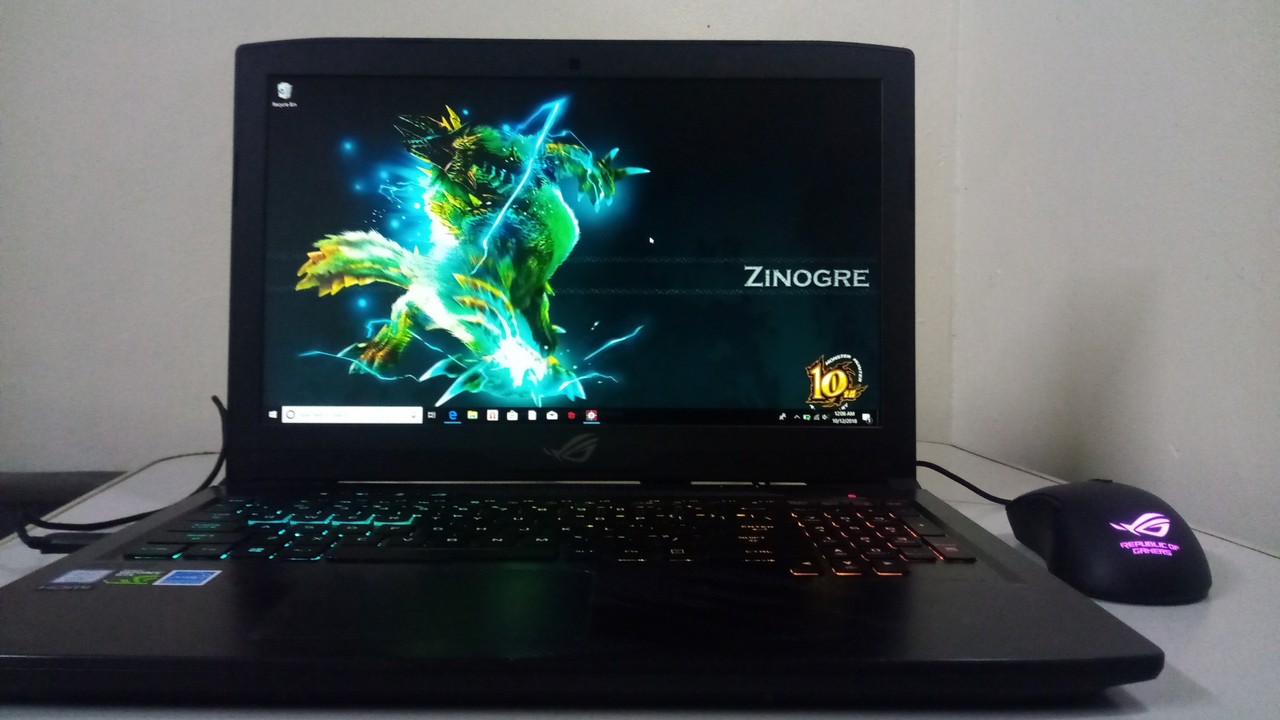 The GL503GE shares a similar overall design to the previously released GL503, but with a some key differences such as the scale-like “Mayan pattern” from the lid all the way to the keyboard area. This pattern is even RGB-powered, making it look really cool when fired up.

Speaking of RGB, the keyboard also has RGB backlight, and the QWER buttons are highlighted in keeping with the laptop’s MOBA theme. The backlight is highly customizable with many light modes to choose from. Lastly the ROG logo on the lid glows in burning red when the laptop is in use. In the looks department, the GL503GE really looks cool! Even though it’s not a big departure from the previous model. 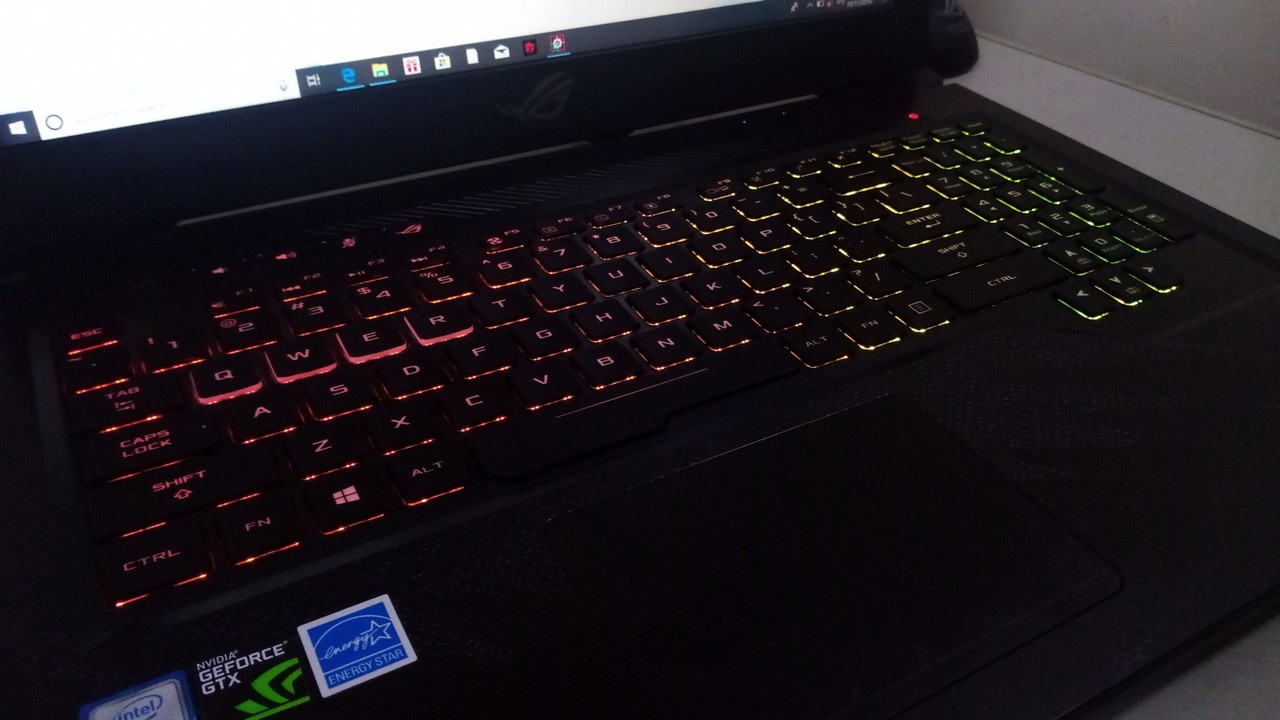 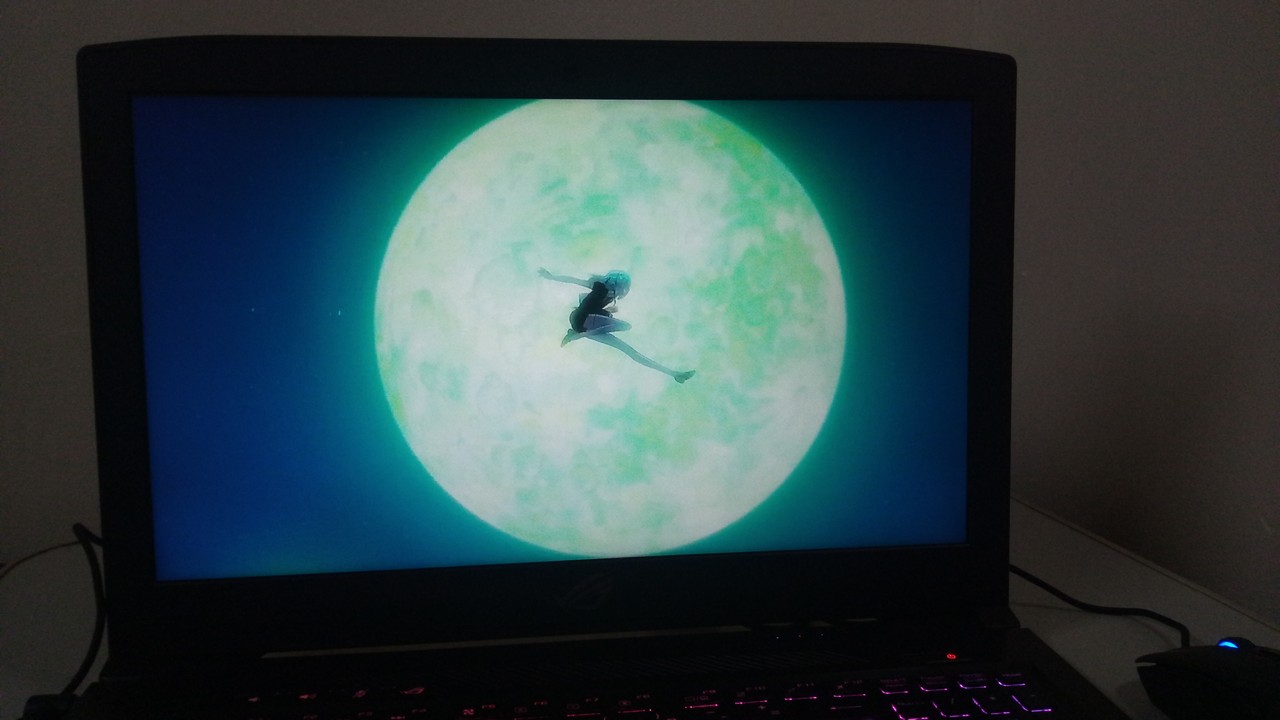 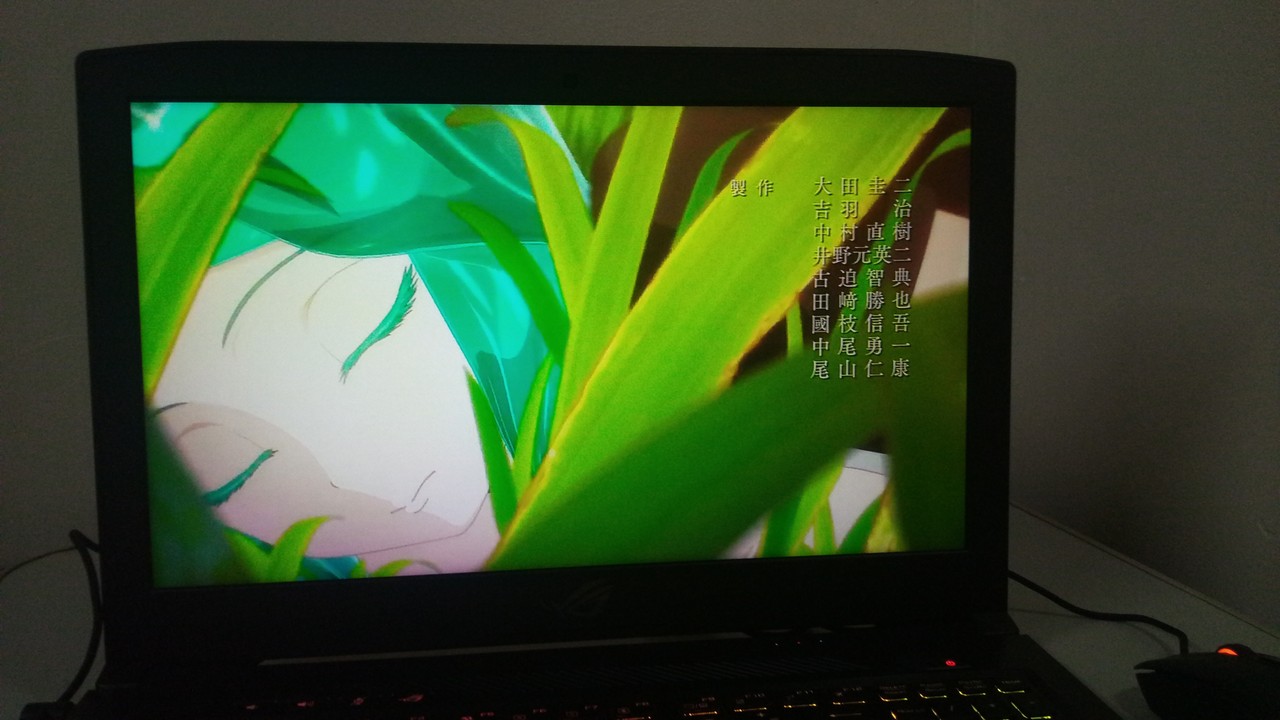 ASUS packed the GL503GE with a 15.6 inch Full HD monitor with 120hz display, making it excellent for gaming. But it’s actually also good for binge-watching; the display had good viewing angles and great color accuracy. While not the absolute best gaming display, watching your favorite anime or movie is still a great experience overall with the GL503GE.

For watching videos, playing games, or listening to music, the GL503GE’s 3.5w Stereo Dual Speakers perform decently well. Of course it’s not audiophile grade at all, but it does the job well enough for most people. Though I do recommend going for a headset when gaming; but if you don’t have a headset, the laptop’s mic works decently well so you won’t have to worry.

ASUS ROG went for a sleek and compact design for the GL503GE, but the laptop’s keyboard is full-size, complete with a number pad. The only problem though is that the keyboard feels a bit too compact, especially for gamers with long fingers such as myself. Sure, after some time you can get used to it, but I would’ve preferred a better-spaced keyboard (even if it means no number pad). Though on the bright side, the keyboard has a pretty decent tactile feel, though not to the level of mechanical keyboards of course. 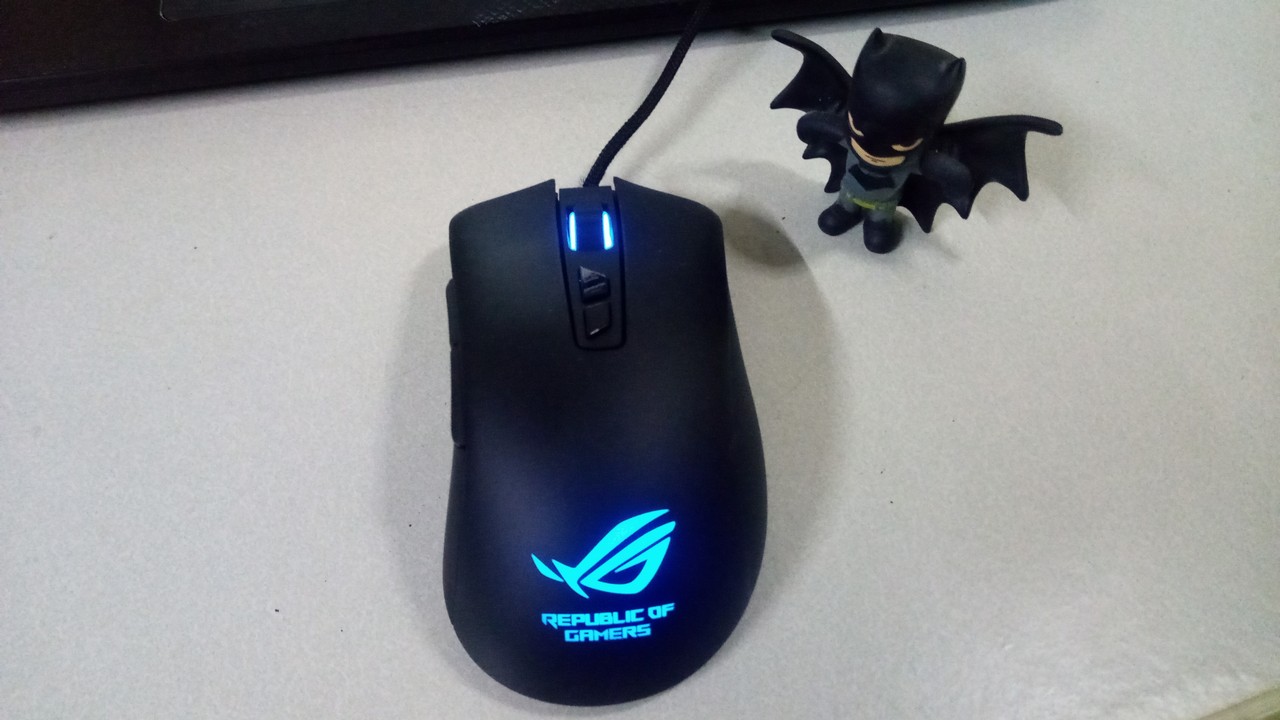 The laptop I reviewed also included a mouse, a pretty standard one at that. But the fact that it has RGB lighting and peforms pretty well is a definite plus for me. 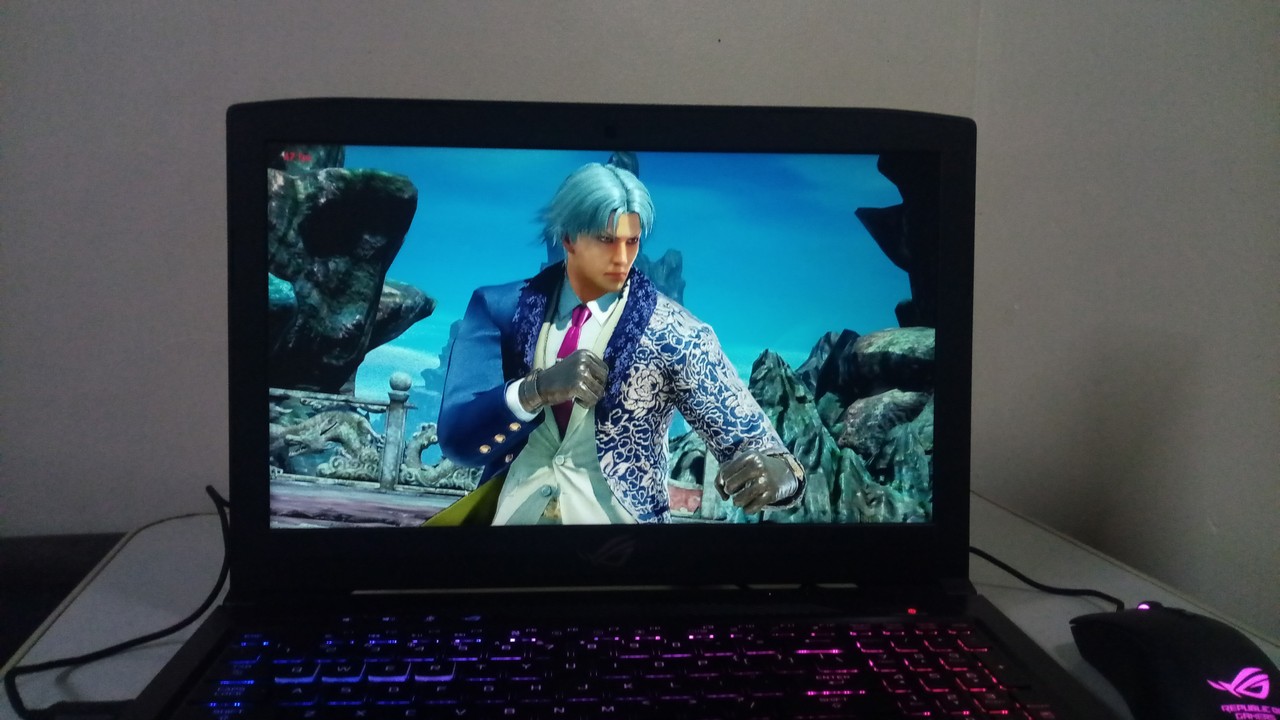 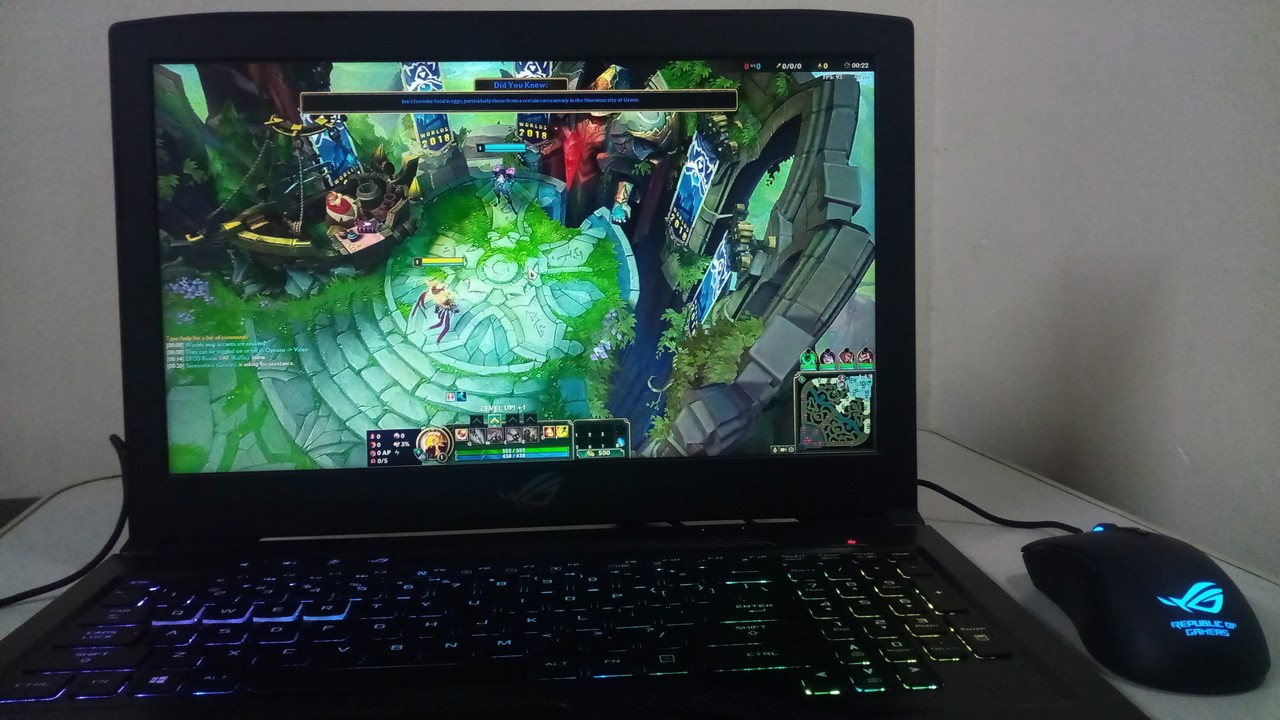 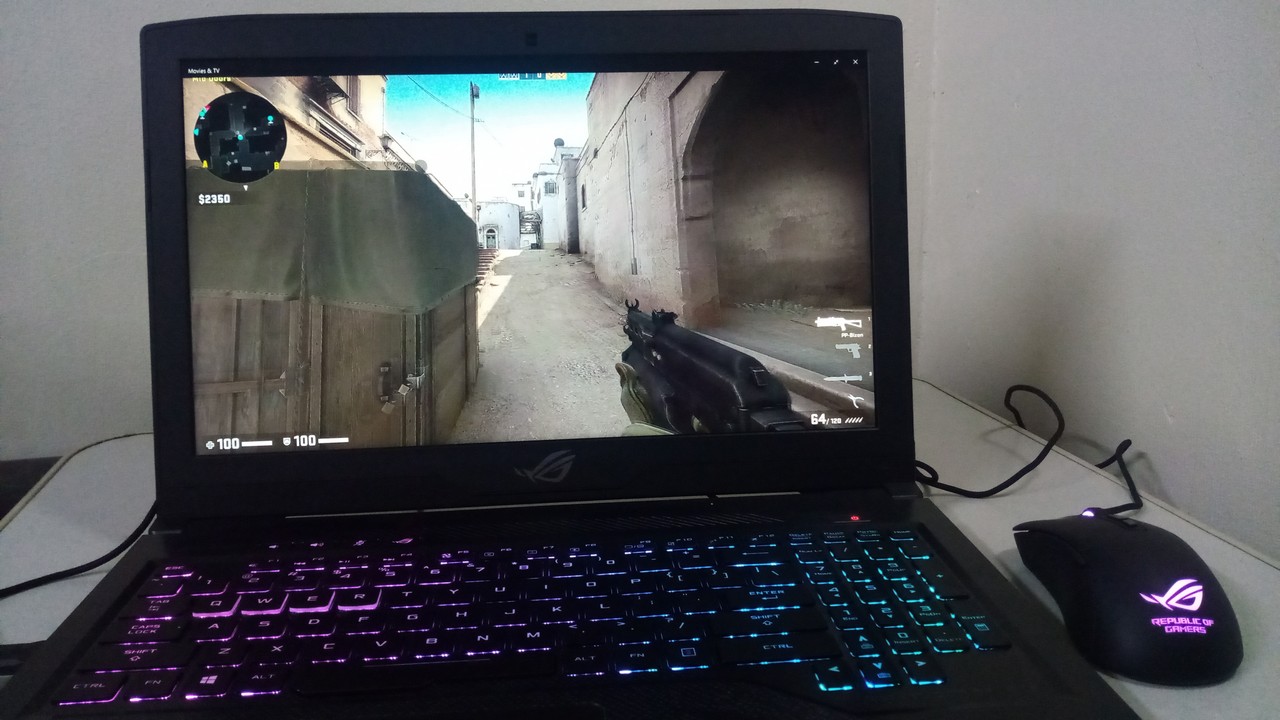 The new GL503GE packs a GTX 1050Ti GPU, an upgrade over last year’s GTX 1050. While the performance difference isn’t that big, it’s a welcome upgrade, especially as I was able to play the games that I tested on it well. The first game I played was Tekken 7, and it ran with an average 59 FPS in medium settings.

After Tekken, I tested the laptop with some CS:GO and League of Legends, and it ran both games well. If you’re a fan of esports titles, the GL503GE will serve you well!

The only problem is that there are some framerate dips in Tekken 7, mostly when I had other apps open. If you’re planning for more serious gaming or multitasking on this laptop, consider upgrading the GL503GE’s memory.

When not gaming the battery life can last up to 2 to 4 hours depending on the task and usage of your machine; pretty standard for gaming laptops, but I expected a bit more battery life from this laptop.

The GL503GE Hero edition is a great-looking laptop with a nice display to boot. It also has speedy performance in day-to-day tasks, and it excels when playing esports titles such as LoL and CS:GO. Though for gamers looking to play more hardware-intensive titles, the GL503GE might not be powerful enough.

So does the laptop deliver? Yes it still does! It’s a great laptop for avid MOBA fans thanks to its good perfomance in those games. It also has a couple of nice features such as a quality display and decent speakers. What’s holding it back from greatness though is the slight lack of GPU power/RAM, short battery life, and cramped keyboard. Overall, I still highly recommend it for fans of all things MOBA!

Its unique pattern and sleek build makes the GL503GE Hero edition an eye-catching device. While it's GPU a GTX 1050Ti still runs titles well in medium settings, it lacks a tad bit of power for more hardware-intensive titles. Though it does have speedy performance for day-to-day tasks thanks to its 8th gen Intel core CPU. Geek Lifestyle Review: ASUS ROG Strix GL503GE Hero edition