HOT MERCH ALERT! Here are the coolest finds at ESGS 2018

Prepare to have your wallets burned! 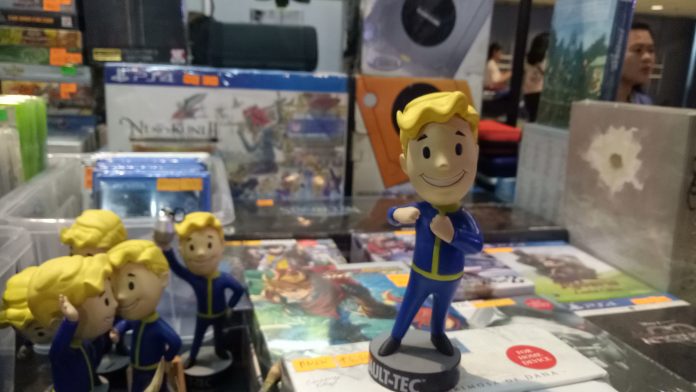 ESGS 2018 is finally here and it’s bigger than ever with tons of exciting tournaments, game demos, and huge booths to visit! It’s definitely a weekend filled with fun stuff to do for gamers in the PH. But of course an event like this is not complete without some cool merch (that may burn a hole in your wallet).

In case you’re not at ESGS, or are just about to attend, here’s a look at the best merch finds at this weekend’s event:

Who didn’t catch the news that Kojima Productions will make an appearance on this year ESGS?! While we didn’t get new Death Stranding news, we did get lots of cool merch. If you are a Kojima Productions fan who wants to score someauthentic Kojima Merch then head over to ESGS now! Curious about what’s on sale? Check out our closer look inside the booth.

A local con won’t be complete without anime and ESGS is no different. Die hard otakus better ready their wallets as there are a ton of anime goodies such as  Tees, Flush dolls, Anime Figures, and even Dakimakuras — so you could get much closer to your waifu/husbando!

Want something to wear so you can show off  favorite anime show or series? Head over to PERRY in Disguise and get the coolest jackets and other geek-certified apparel!

It’s no secret that ESGS is heaven for esports fanatics, not only because of tournaments, but also because of the Secret Shop! The shop sells all the hottest esports items so you can show off your fandom!

Crystal Lit Cube is a new online store that sells electric lamps to light up your room with cool designs based on your favorite games or anime shows. These lamps are sure to light up that geek inside you!

Are you a TCG player or a board game enthusiast? Then check out LUDUS with its many card games and board games to choose from. Dungeon masters and crawlers can test out their skills or try out some new games in the demo area.

That’s not all there is to the event as there are still tons of cool stuff to look forward to in ESGS 2018 so make sure to drop by SMX Convention Center now until tomorrow, October 28!