SOLID! Here’s all the Kojima Productions merch you can buy at ESGS 2018!

ESGS is the only place in the PH to buy legit KojiPro merch! 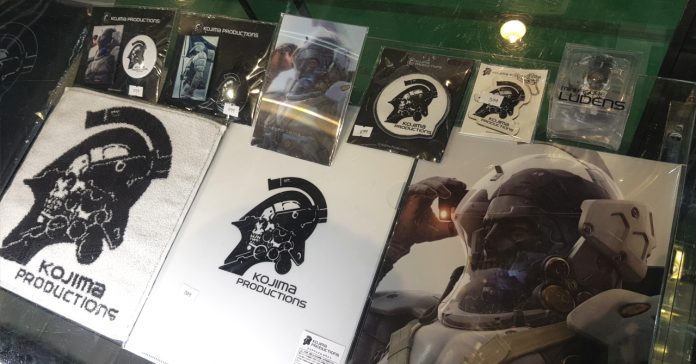 One of the things we were most excited coming into ESGS 2018 is the Kojima Productions booth! A couple of months before the event, ESGS organizer Gariath Concepts announced that KojiPro will make an appearance, and we couldn’t have been more happier! While we were hoping for some new snippets of Death Stranding (or even an appearance from Kojima himself), what we’re sure of was there will be KojiPro merch, and we were not disappointed.

So without further ado, here’s the ESGS Kojima Productions booth: 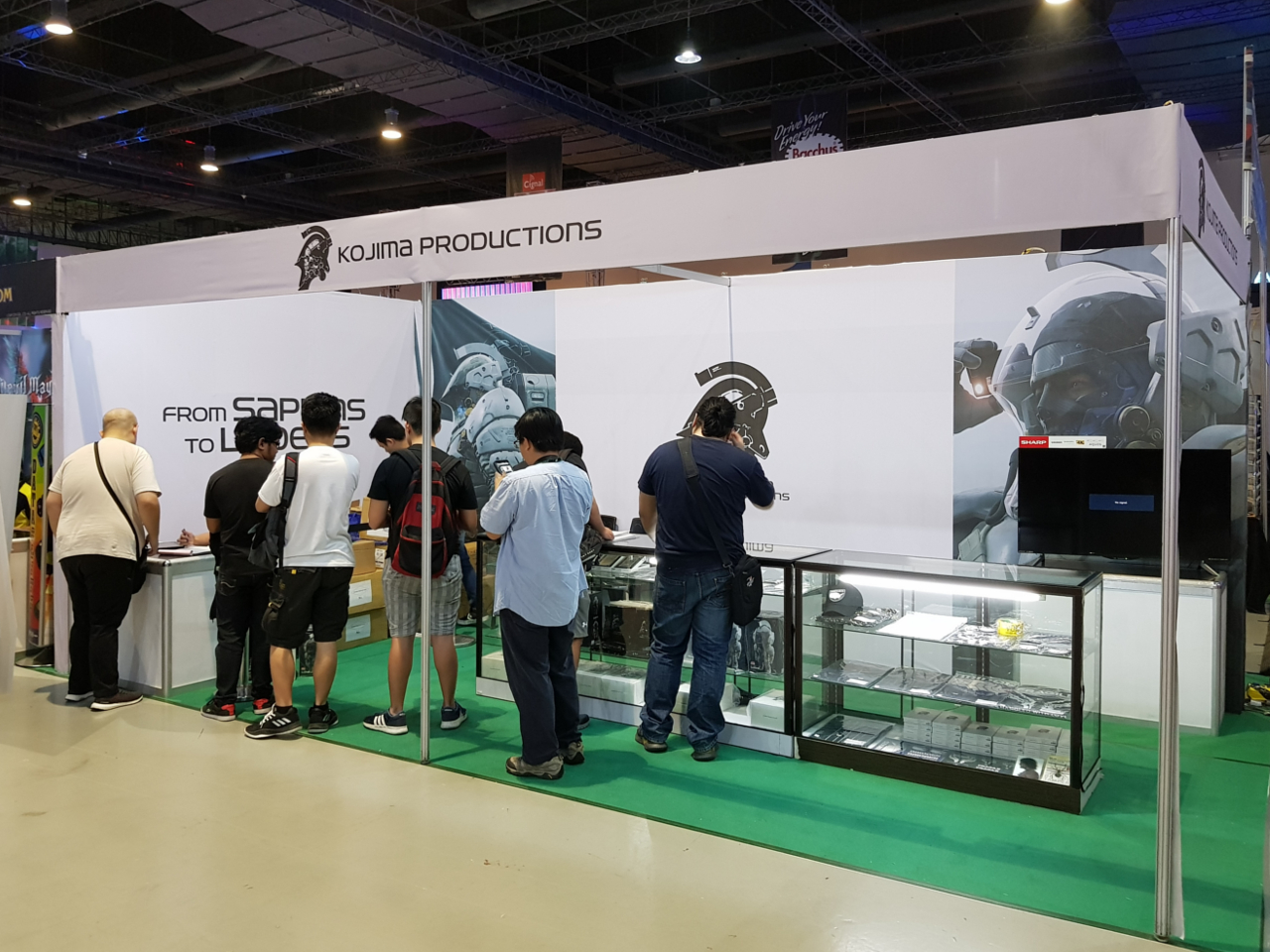 Underwhelmed? Don’t worry, while it might seem like a relatively modest setup, the booth has an EXTENSIVE range of KojiPro merch, almost rivaling even the Kojima merch selection at Tokyo Game Show 2018!

Now here’s a look at the KojiPro items that you can buy at ESGS 2018: 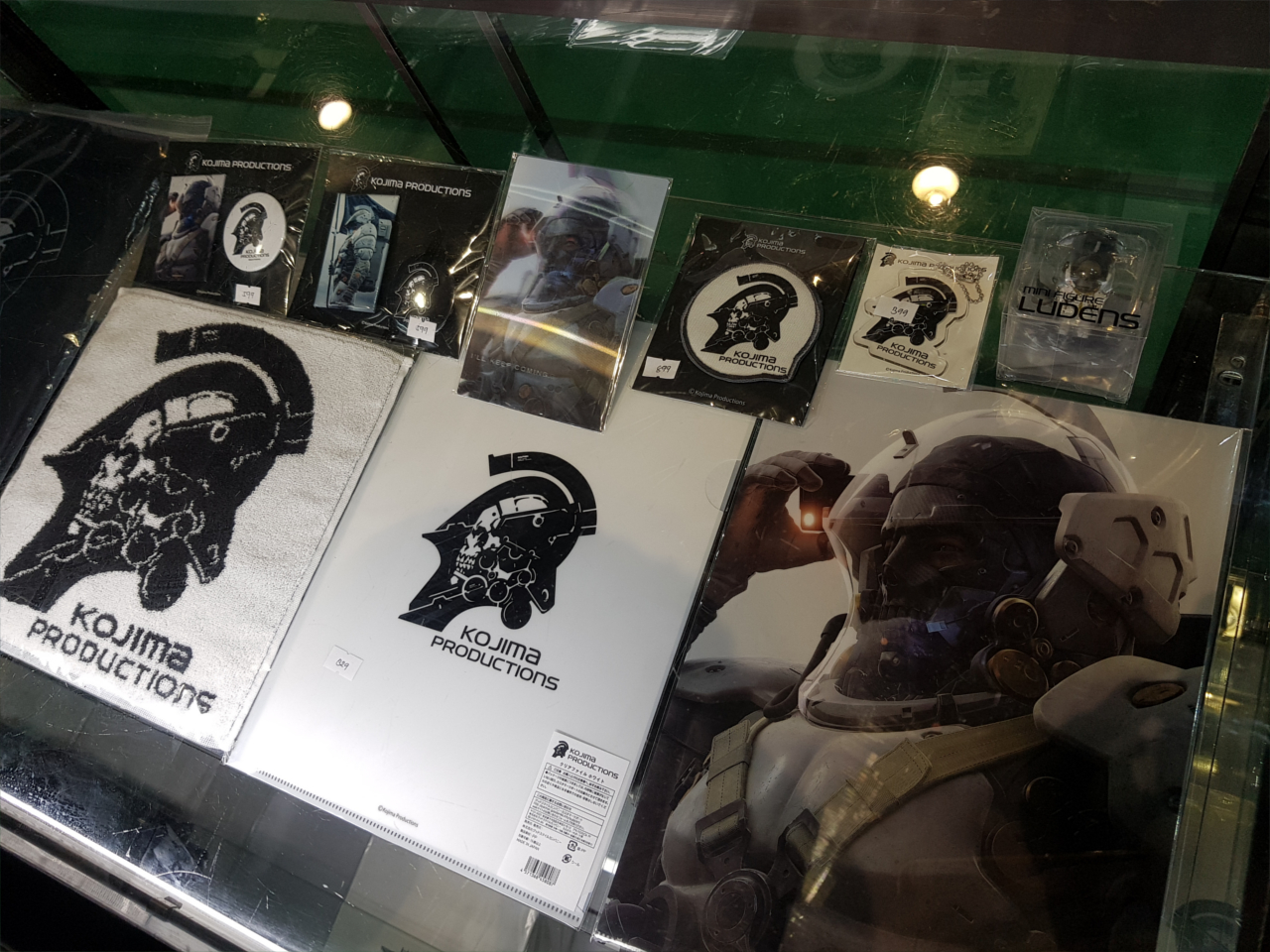 For Kojima fans on a bit of a budget, the booth sells smaller items such as pins, keychains, patches, folders, and even a face towel. Though we highly recommend getting the Mini Figure Ludens (on the upper right side of the pic above) as it’s super-cute and has a price that’s not wallet-busting. 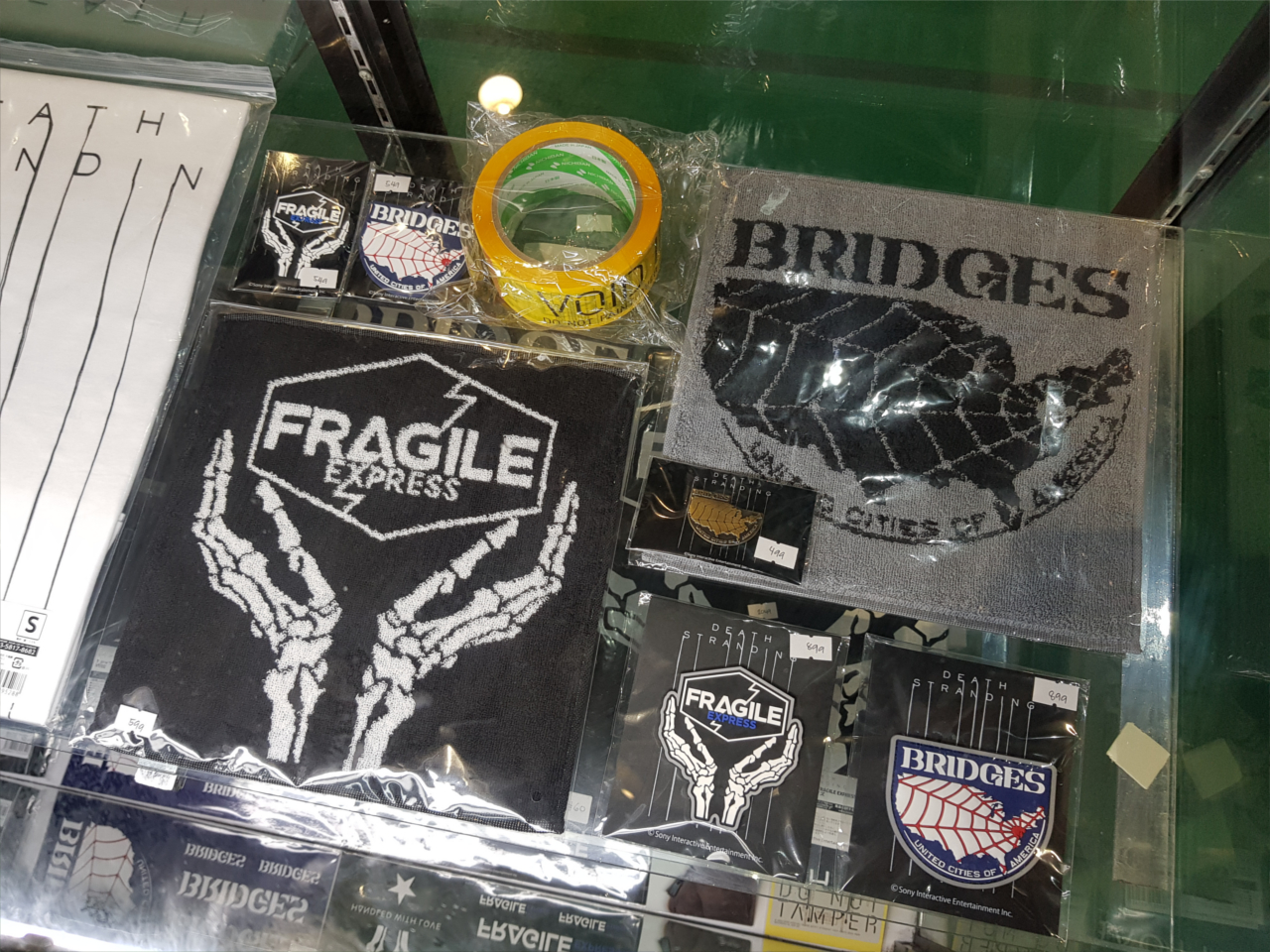 Among the slightly less expensive options is a Death Stranding-themed roll of masking tape. Yes you read that right, masking tape! It’s Kojima Productions we’re talking about after all! 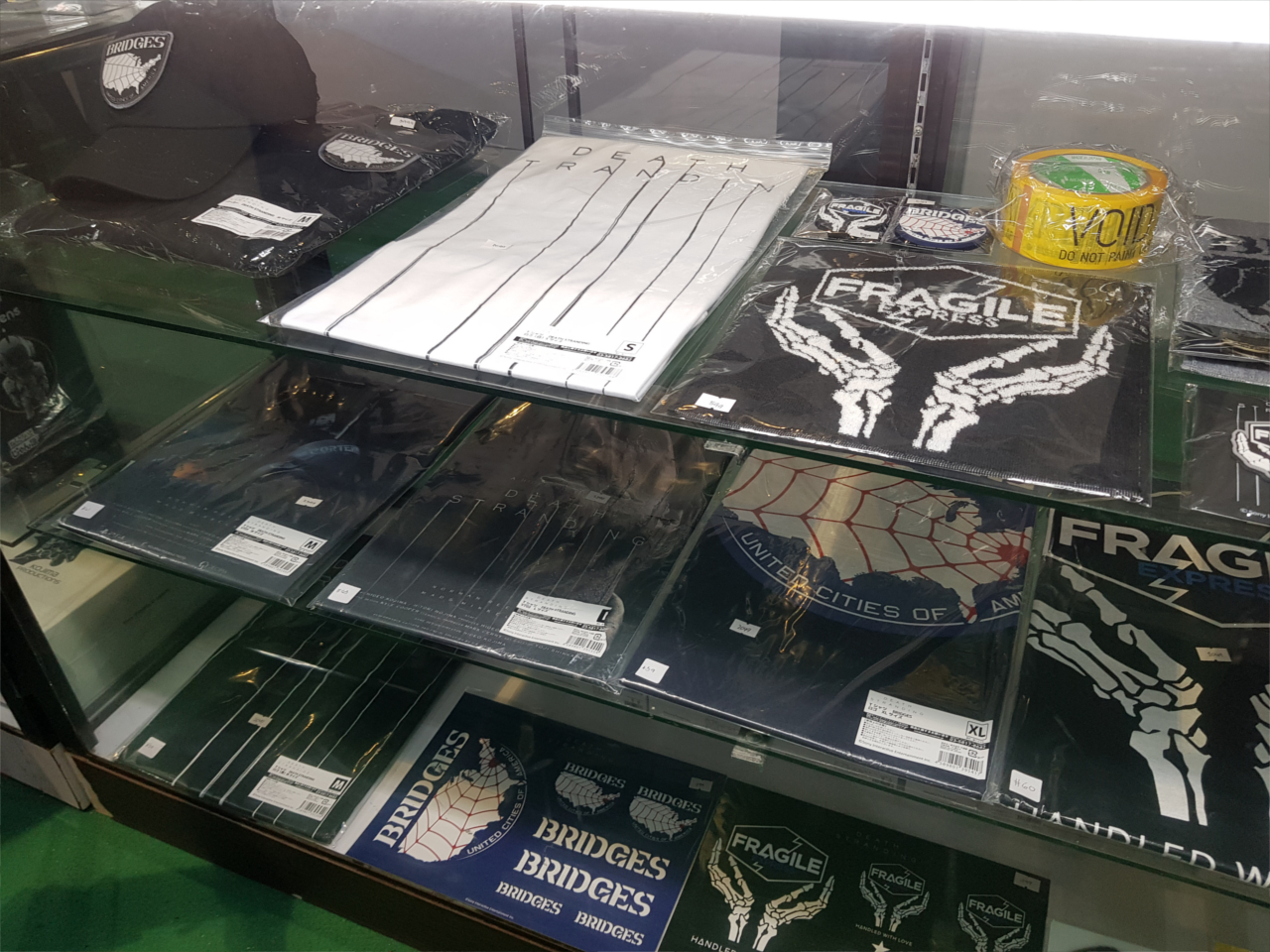 Now for more standard merch fare, the booth offers a wide range of T-shirts with Death Stranding designs ranging from the game’s logo to Fragile Express (which should be familiar to anyone who watched the Death Stranding E3 2018 trailer). There’s also a sleek-looking cap with a “Bridges” logo on it which we assume is named after Death Stranding protagonist, Sam Bridges. 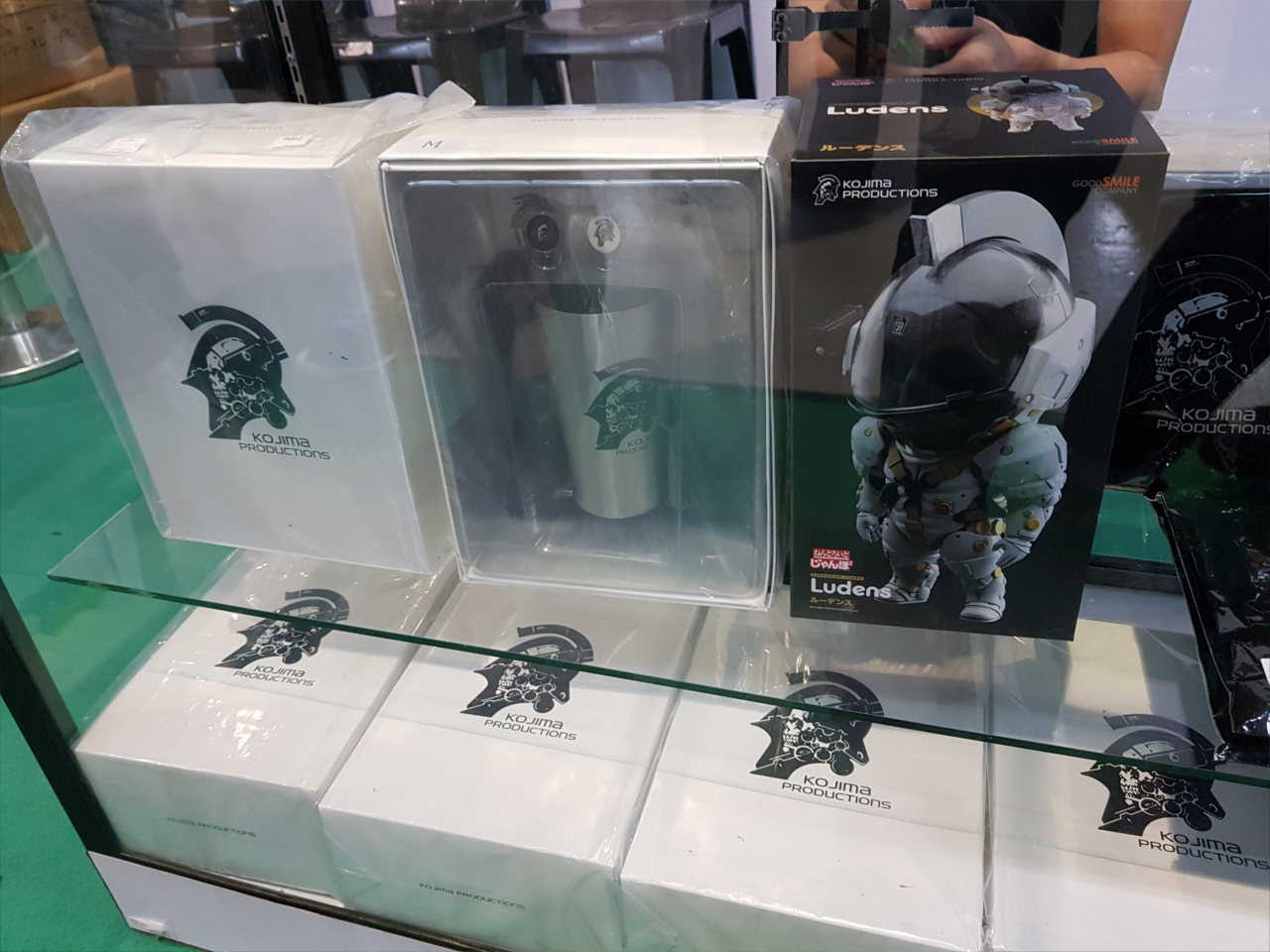 Moving on to the more premium items, Kojima die-hards should definitely be interested in the large Ludens figure from Good Smile Company. Meanwhile, gamers who want to show off their fandom can opt to buy a Kojima Productions tumbler! 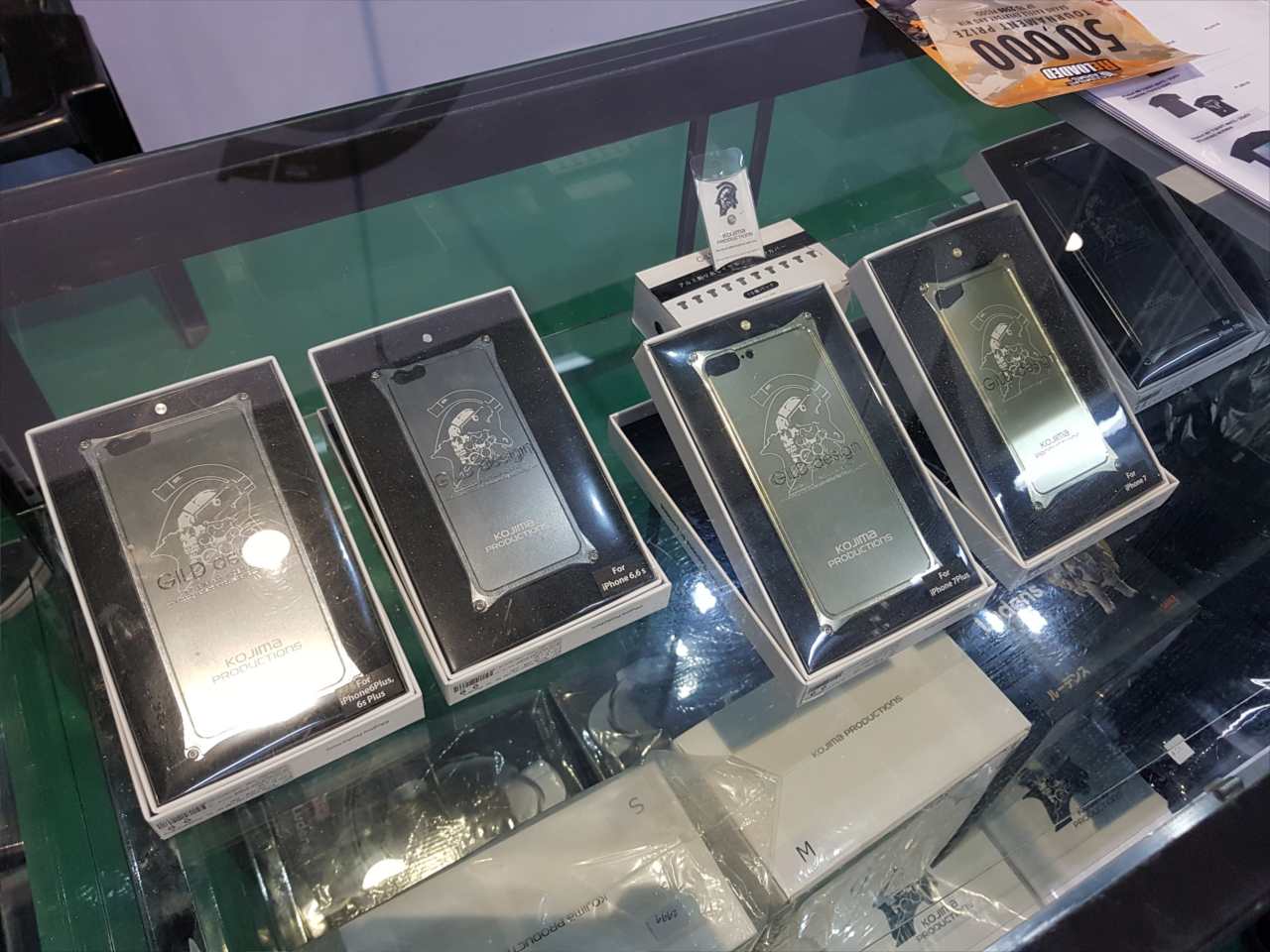 Finally, the booth offers a couple of premium phone cases. Sadly for Anrdoid users, the cases available are only for iPhones. 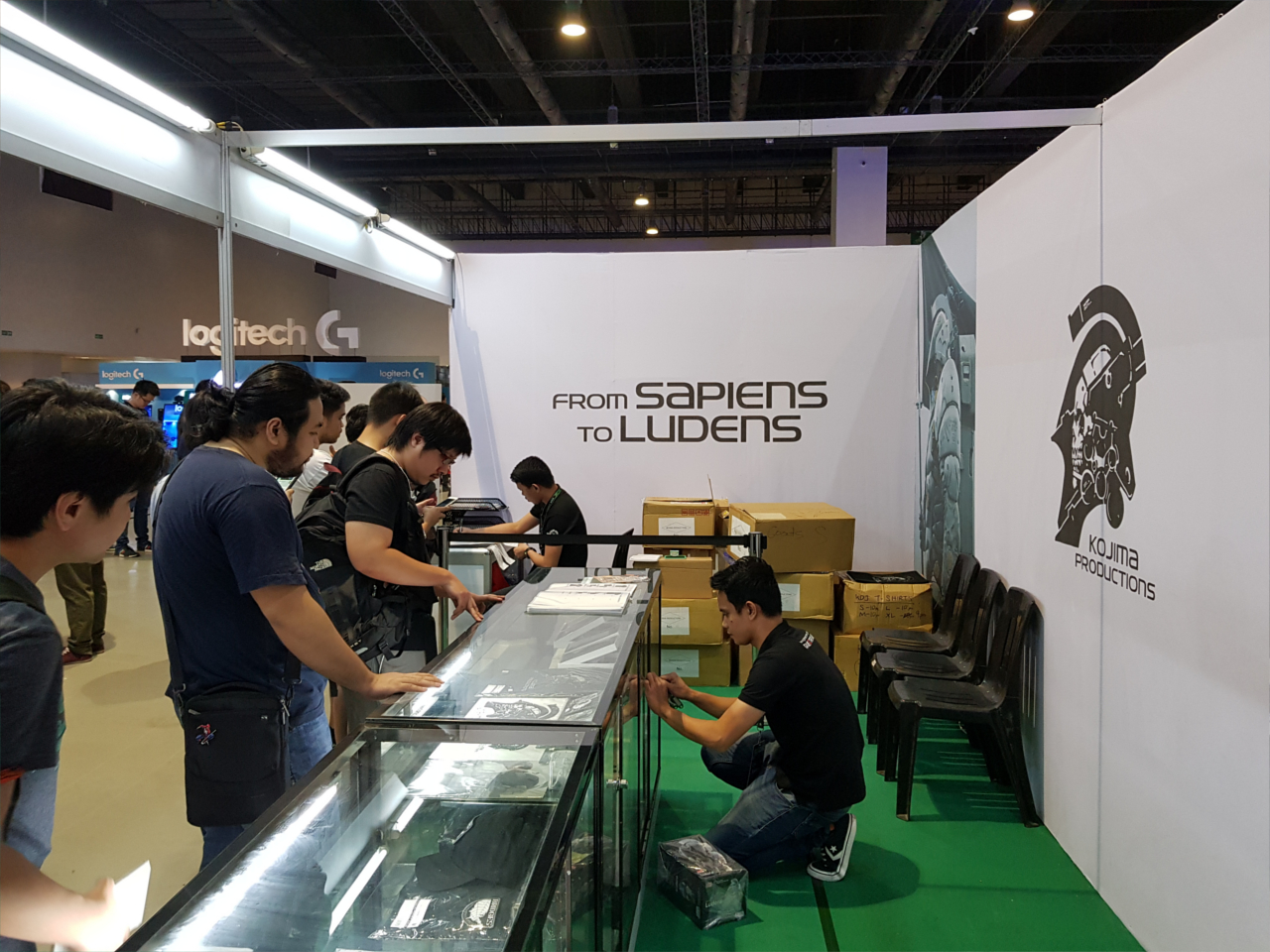 And there you have it, those are the items available at the Kojima Productions booth at ESGS 2018! Want to get some stuff for yourself? Then head on over to ESGS 2018 right now at the SMX Convention Center, Mall of Asia Complex. If you can’t make it today, the even runs until Sunday (October 28) so free up your weekend if you haven’t yet.

Still not convinced on going to ESGS this year? Check out our list of reasons why you should go!