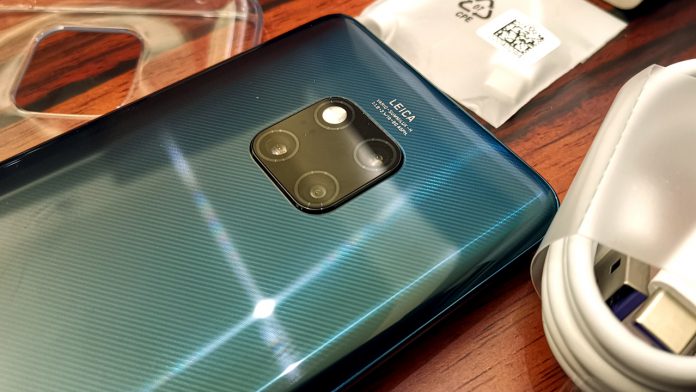 It just keeps getting better and better! Huawei has someone elevated what flagship should be with their latest (and strongest) Mate Series, the Mate 20.

It was this exact moment that I decided I need to have the Mate 20 Pro in my life. 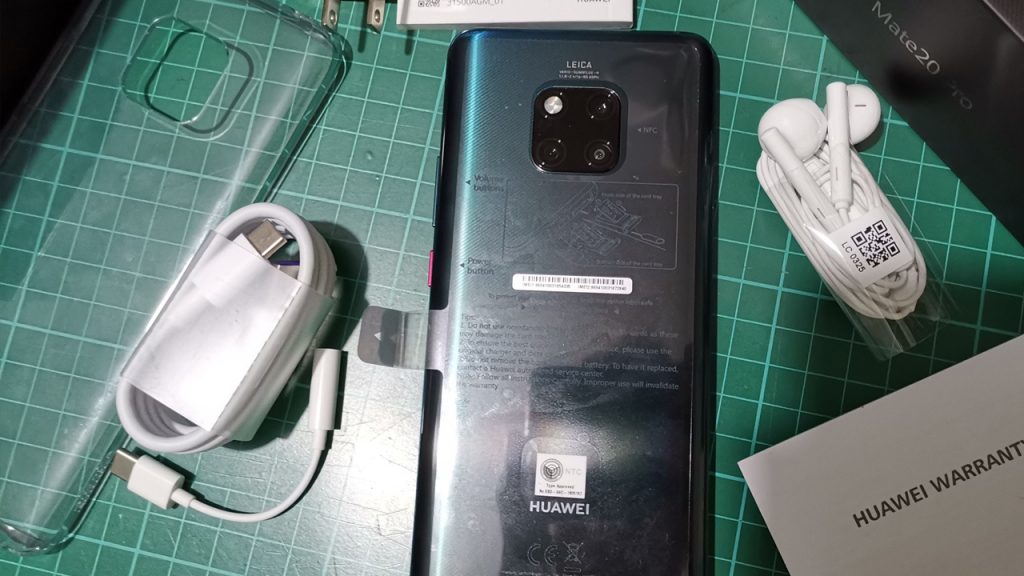 Upon first inspection the phone is crazy gorgeous. We saw the review unit way back during our Media Briefing, but this is the first time I’m seeing the Emerald Green color variant in person (back then they only had the black and twilight one). Forget what others are saying, THIS is the color you want.

Aside from a new color that’s available just for the Mate 20 Pro, the Emerald Green is the only colorway that has the phone series’ signature hyper-optic texture back panel. This fine texture adds to better hand-feel, makes the phone less slippery and resistant to fingerprints –which, sadly, the other color variants lack (I’m looking at you Twilight). 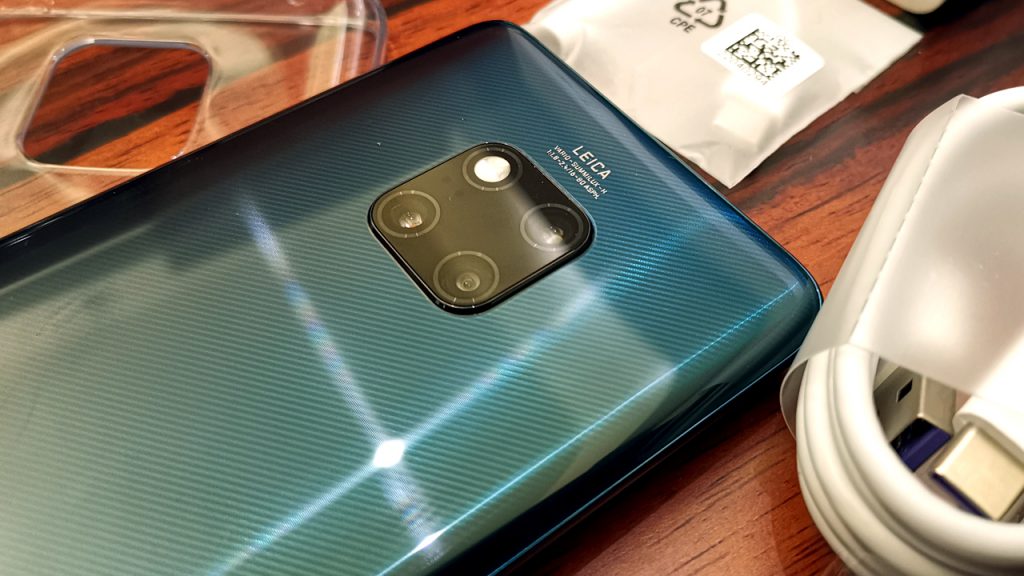 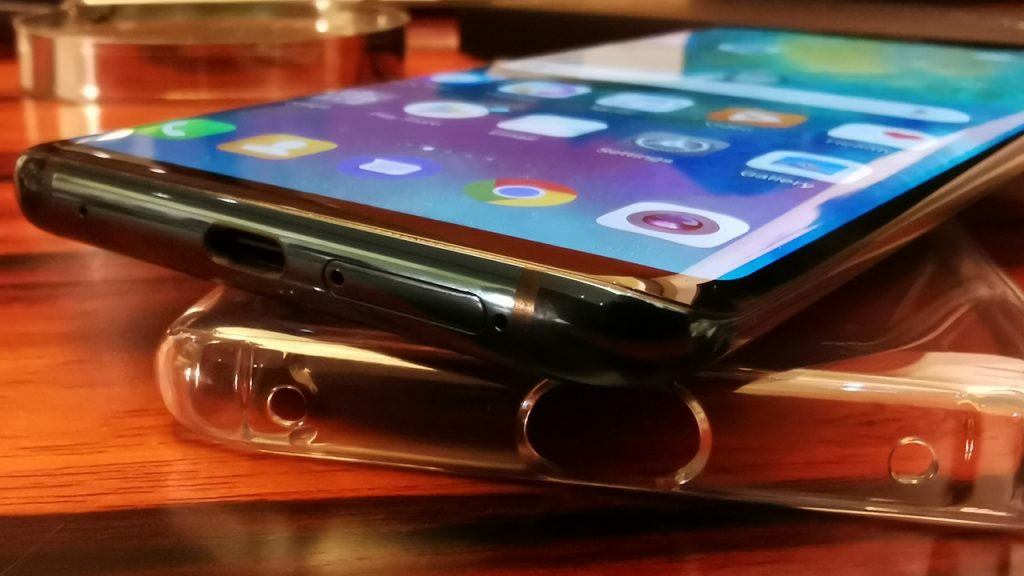 As mentioned above, the Mate 20 Pro redefines what flagship should be which means having the best component squeezed into one of the most beautiful phone designs of 2018. The Mate 20 Pro sports a 1440 x 3120 AMOLED capacitive touch screen that curves ever-so-slightly towards the sides. This adds extra luxury to the curved back of the Mate 20 Pro. The 1440 x 3120 resolution is a long overdue feature for a flagship of this caliber and I’m happy that Huawei is final embracing it. The image quality on the Mate 20 Pro is just simply stunning.

The notch is back, and something that was missed over at the Mate 20. I may be in the minority, but I’m not too keen on the water droplet notch on the Mate 20. It sorta cheapens the phone aesthetic for me. 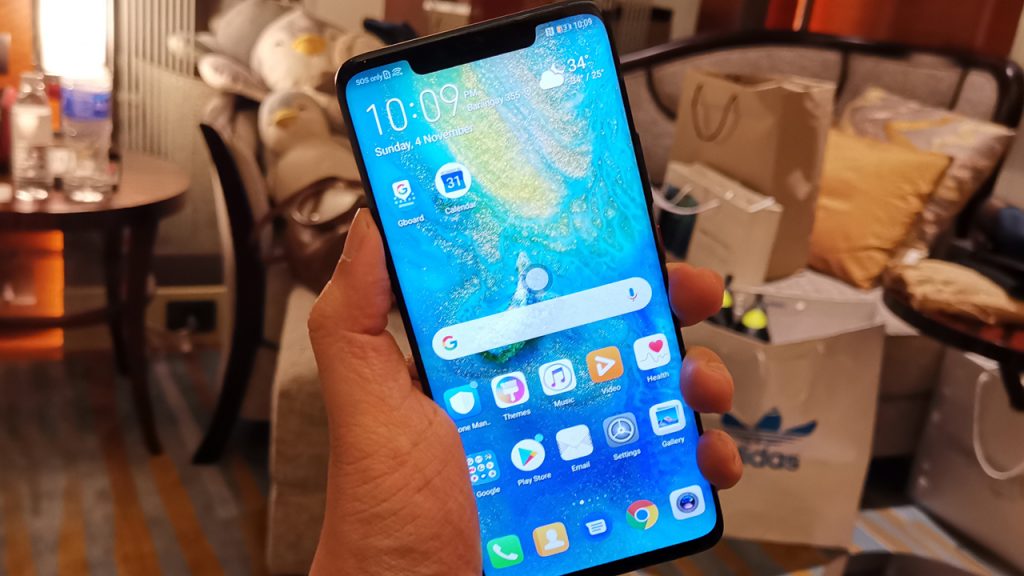 The notch houses new 3D face-recognition sensor as well for faster and more accurate face unlock. Something that you would want to use as there is no physical fingerprint sensor to be found on the phone. Instead, the Huawei Mate 20 Pro is one of the few that employs an in-screen fingerprint scanner! 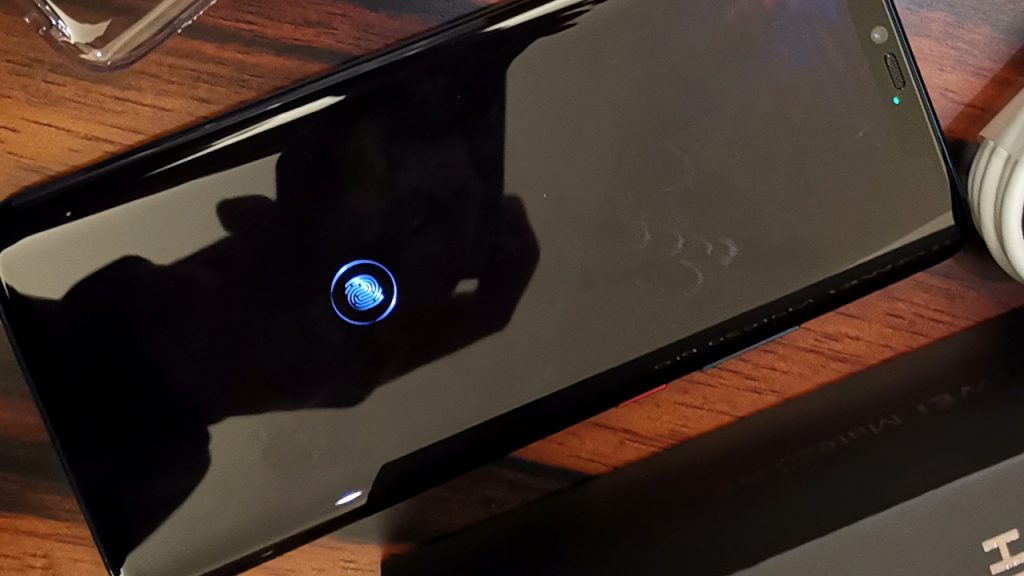 On paper this is an amazing feature, in practice, I find the scanner a bit wonky still. There are times when it won’t recognize any of my registered fingerprints. I’m hoping that a software patch can fix this and make the accuracy better. Still, as far as phone security is concerned, the Mate 20 Pro has it all – Face Recognition, Fingerprint Scan and the usual password/ pin protect. You can enable all if you’re crazy about phone security. 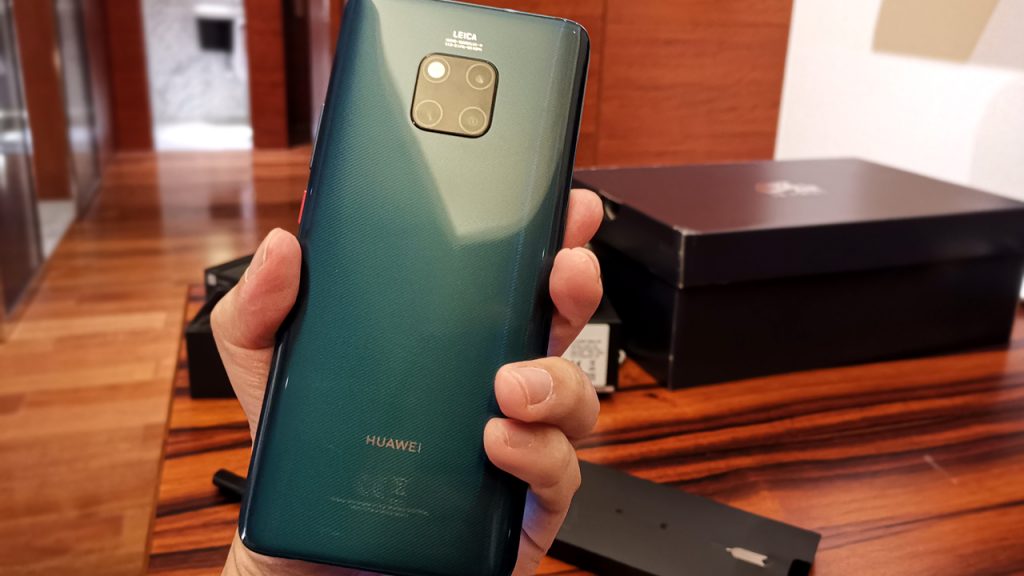 Going towards the rear, the Mate 20 Pro still houses the series’ iconic (and I believe patented and proprietary designed) 3-lens square setup also known as the Matrix Camera System.

The Mate 20 Pro has the Mate 20’s camera up on steroids! This time around we’re dealing with a whopping 40-megapixel wide camera, a 20-megapixel ultrawide f/2.2 lens an 8-megapixel telephoto camera with 5x optical zoom, OIS and PDAF/Laser Auto Focus. All of these are powered in partnership with Leica and the world’s first 7nm chipset, the Kirin 980.  We weren’t able to take a whole of wide photos as of yet but here’s a sample of the crazy night mode photography done at one of the higher floors at a hotel in BGC.

The Mate 20 Pro, similar to the Huawei P20 Series, does away with the 3.5mm jack and ops for just a USB C port to connect your headset and your charger. Something that feels a bit of a compromise. However, with 4200mah battery (yes, it has MORE battery than the slightly larger Huawei Mate 20), you should get enough juice to last you a day plus on heavy usage or 2 days on moderate usage. If you ever find yourself low on power, however, the super charger on the Huawei Mate 20 Pro is incredibly insane! The claim to fame is a charge from 0 to 70% at 30 mins charge is ridiculous enough and we’ll probably test it out further however, from the small time that we did see the phone charge, we were greeted with this:

WHAT SORCERY IS THIS?!

There’s more to say about what could very well be the best phone of 2018, but we’ll reserve that for the full review. For now, we’re hoping that this quick unboxing and initial impression will get you curious enough to try the phone out for yourself at the Huawei Concept Stores and other partner retailers.

Enjoyed this article? Then you may want to check out our initial reactions when we first got hold of the Huawei Mate 20 here.