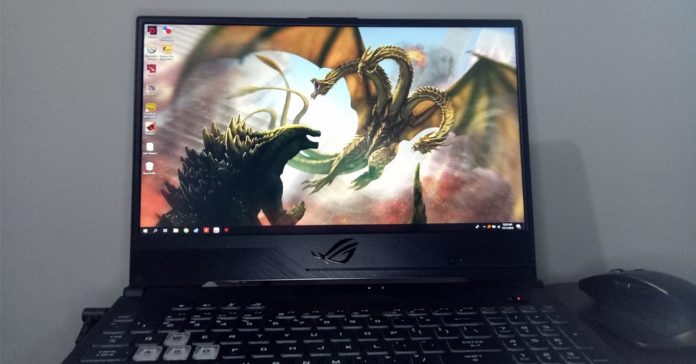 Earlier this week, we published our first impressions of ASUS’ new ROG Strix GL504GM SCAR II. As the guy who got to test it out for a bit, I found that it has a great display and a pretty decent design overall, even if there were some minor stuff that could’ve been improved.

It’s been a few days and finally I’ve been able to test it out some more, especially on gaming. So is the SCAR II a compelling laptop for gamers looking for a portable gaming machine? Find out in our full review of the laptop here! 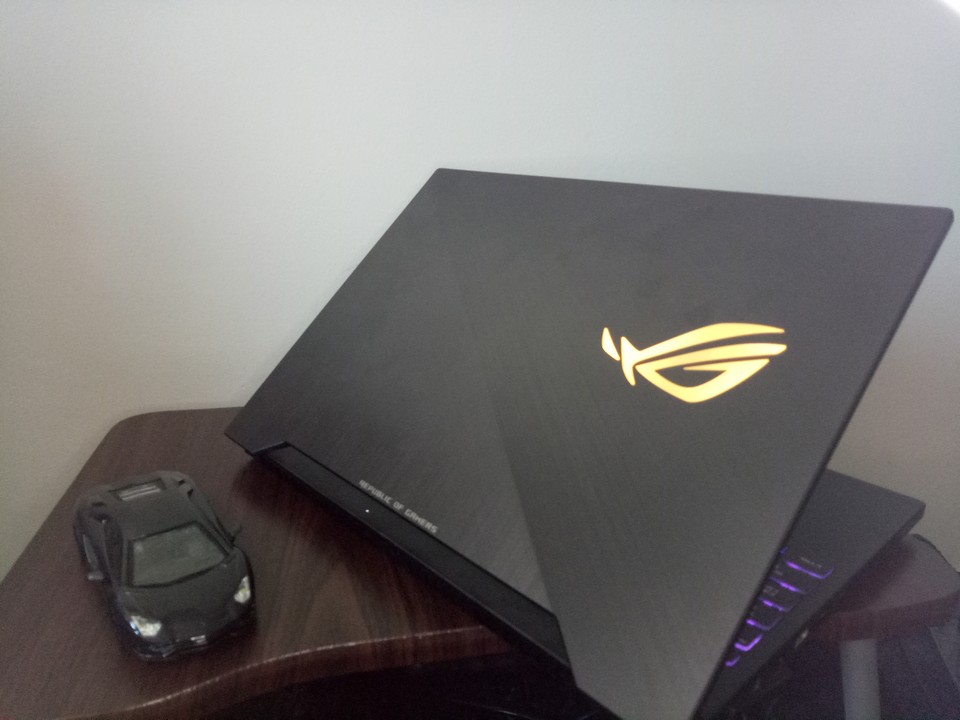 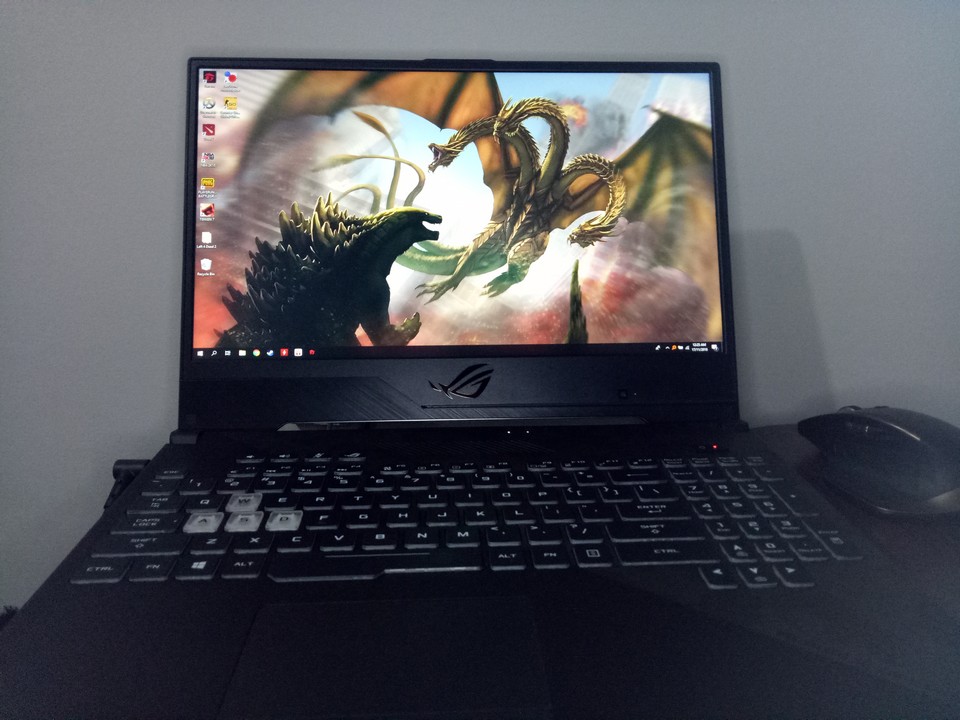 Unlike the GL503GE which is just a re-skin of it’s predecessor, the SCAR II’s design saw some upgrades; the SCAR II trades curves for a more edgy design (which I’m personally a fan of). Fans of more minimal-looking devices will love the SCAR II with its metal build and clean lines. Another thing that’s great design-wise with the laptop is that the display has really thin bezels; not only will this give a more immersive experience, it also just looks smokin! 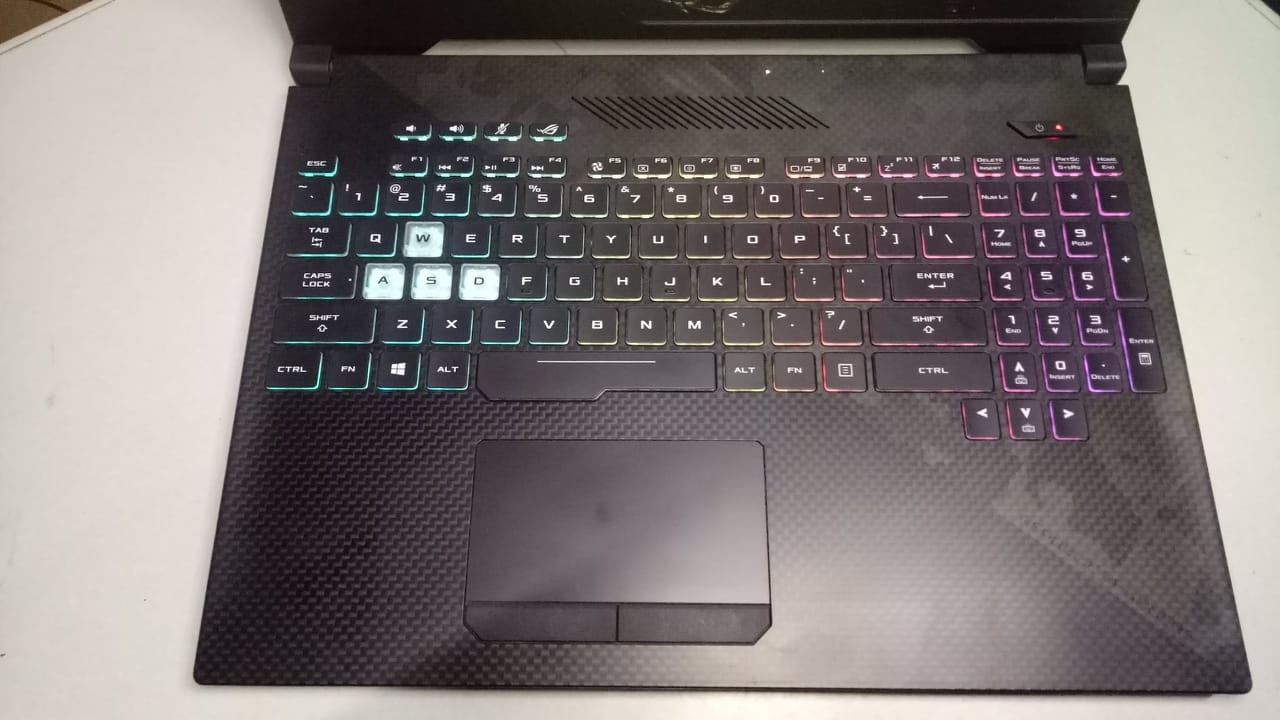 As this is a gaming laptop, the SCAR II comes with an RGB keyboard complete with a “Camo” design. Not only that the, WASD buttons are highlighted to further emphasize the SCAR II’s FPS theme. Aside from the keyboard, the ROG logo also has RGB Lighting which can be controlled via the ROG AURA CORE (along with the keyboard’s RGB).

The downside with the SCAR II though is that I’m not the biggest fan of the Camo pattern as it kinda looks like a dry spilled milk from afar. I’m also don’t really like the boxy appearance that the laptop has (your mileage may vary though). 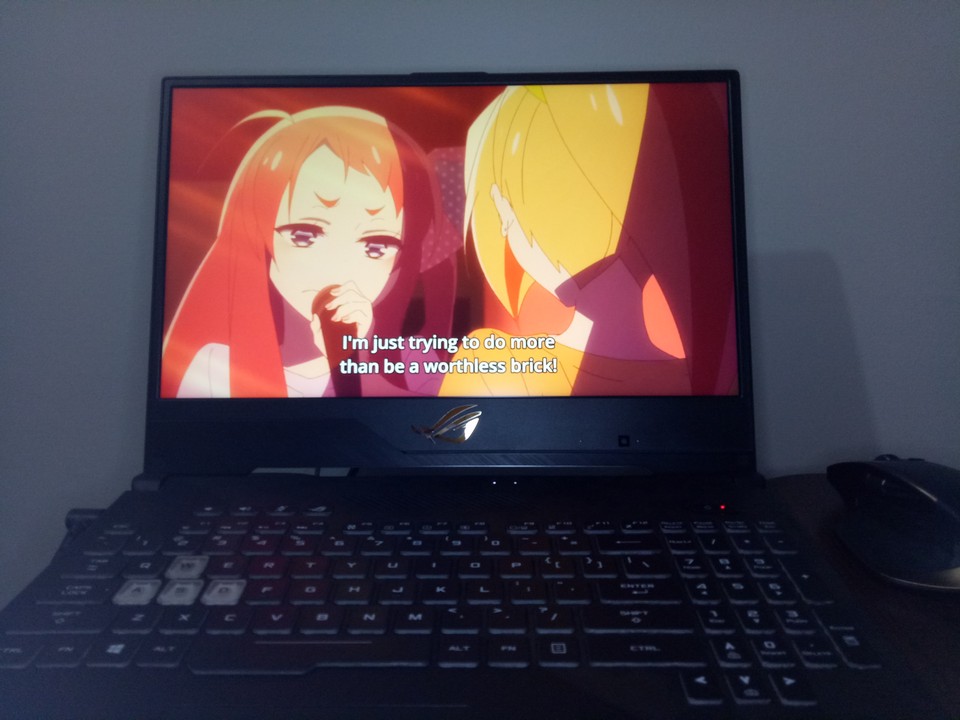 While the laptop’s design isn’t perfect, the display is as close to perfect as you can get! The SCAR II’s 15.6-inch Non-glare IPS FHD (144Hz) Full HD monitor is just amazing both for gaming and binge watching, and not only because of the bezel-less design. It’s 144hz refresh rate means you’ll get buttery smooth video output when gaming, and it has a non-glare display that makes it a good pick for watching HD movies and TV series.

In the sound department, the GL504GM performs decently well with its 3.5w Stereo Dual Speakers and AMP Technology. For general music listening and/or binge-watching, the SCAR II is fine as it ouptuts slightly louder than other laptops such as ASUS’ own GL503GE. 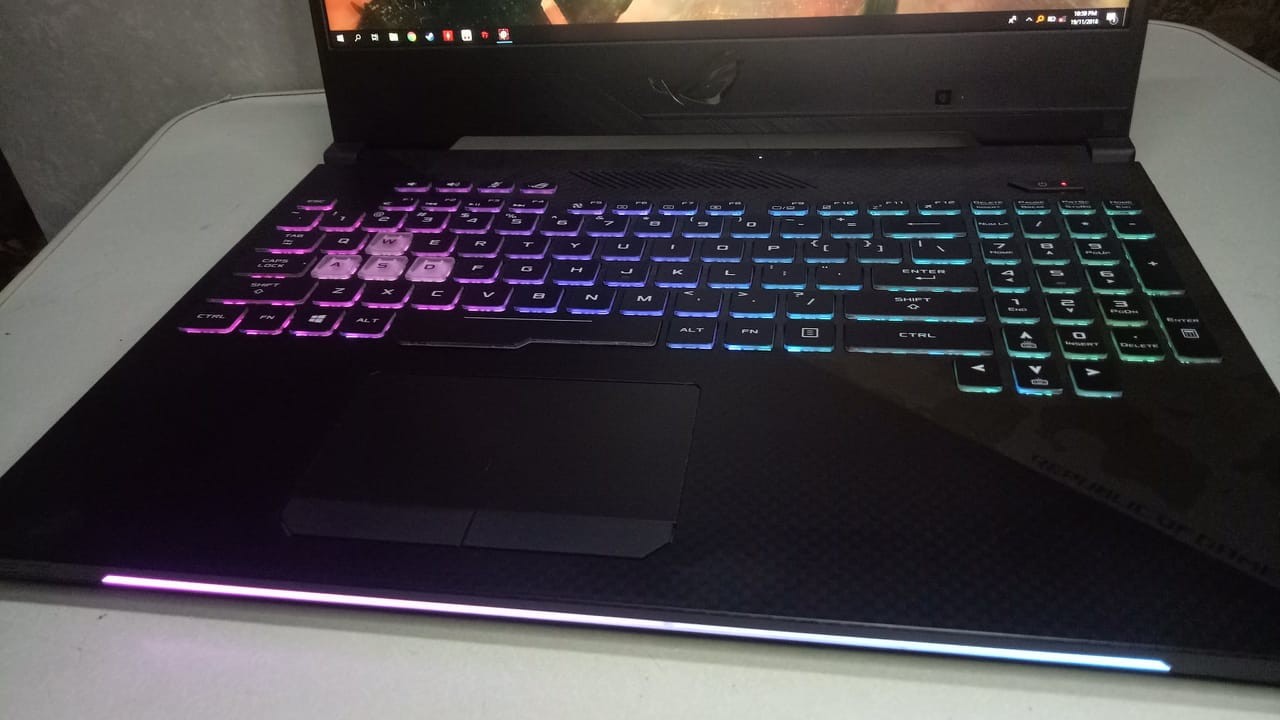 It might be sleek and compact laptop but the SCAR II manages to fit a whole keyboard complete with the numpad. The buttons are elevated enough that even though I have long fingers, I did not have a hard time pressing the correct keys while playing. The keys also had decent spacing as well as a good tactile feel that should satisfy most gamers (except for mechanical keyboard users of course). While the test unit that we received didn’t had a gaming mouse, the Touchpad is very smooth and uses real mouse keys; of course you shouldn’t just game on the touchpad. 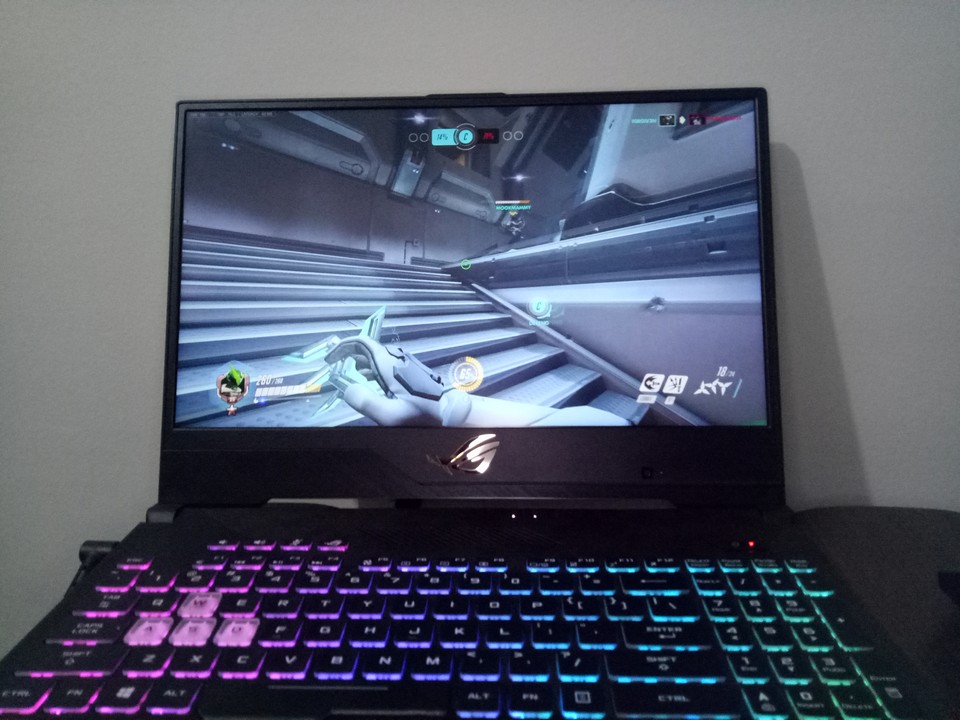 The GL504GM SCAR II is equipped with GeForce GTX 1060, so if you want to run all games at max settings, this laptop probably won’t be for you. But that doesn’t mean that the GL504GM is weak in the gaming department as I did not experience any serious drop in framerate when playing Overwatch, CS:GO, League of Legends, and Dota 2 at higher settings. That’s great performence, especially as I even had Google Chrome running in the background! 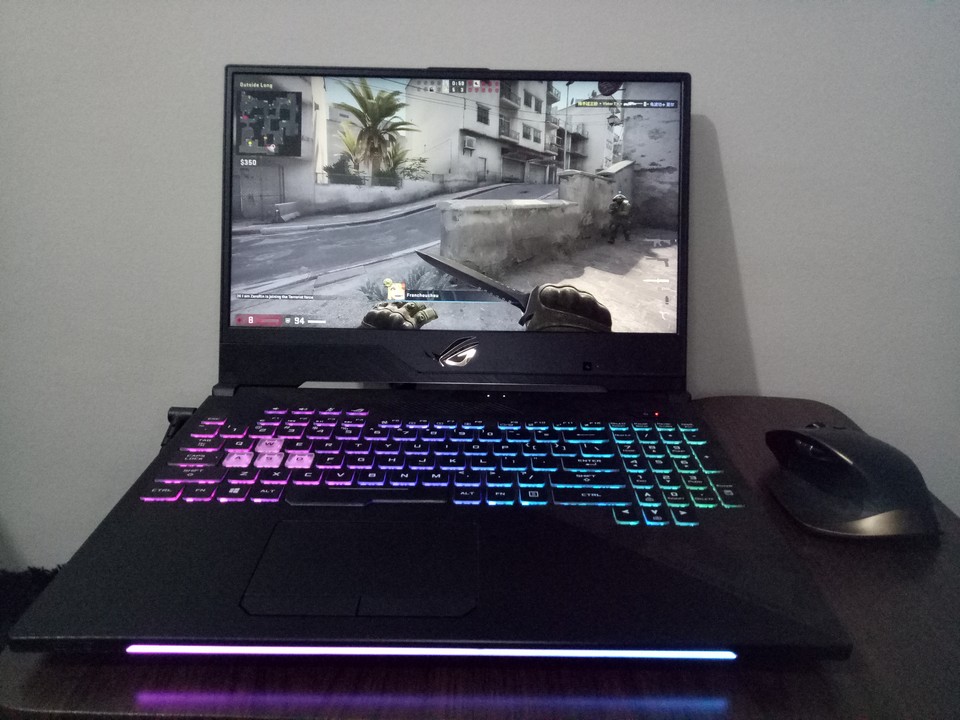 The 144-Hz panel proved its capabilities as well; the refresh rates is great for esports titles, as it means you’ll actually see it when your games goes over 100 FPS. Heating also wasn’t too much of an issue as the laptop’s fans cooled the system well. Of course, all of this was tested with the laptop turned on, performance isn’t as good when on battery (as expected from nearly all gaming laptops).

The SCAR II is great for gaming and it’s also great for more work-oriented tasks. With an 8th gen Intel Core i7-8750H CPU (2.20GHz) and a 256GB SSD, almost any regular program will run smoothly. When you’re working and not gaming, the battery can last up to 3 or 4 hours, pretty standard for a gaming laptop.

For a simple guy like me that is easy to impress, I would definitely recommend the GL504GM SCAR II for everyone who’s looking for a portable gaming platform. It’s beautiful display, good looks (minus the camo design), and speedy performance means this laptop is awesome in almost every way. Though it won’t be getting a perfect score as it’s priced just a tad high for a 1060 laptop at its current SRP.

Previous articleIn Defense of Filipino-dubbed Anime
Next articleOPPO launches the A7, its latest entry-level contender

Geek Lifestyle Review: ASUS ROG Strix GL504GM SCAR II editionThe ASUS ROG GL504GM SCAR II has a beautiful display, good looks (minus the camo design), and great gaming performance, making this awesome in almost every way. Though there are some fairly minor issues such as the laptop being a bit on the expensive side.