It's not that bad for being bad. 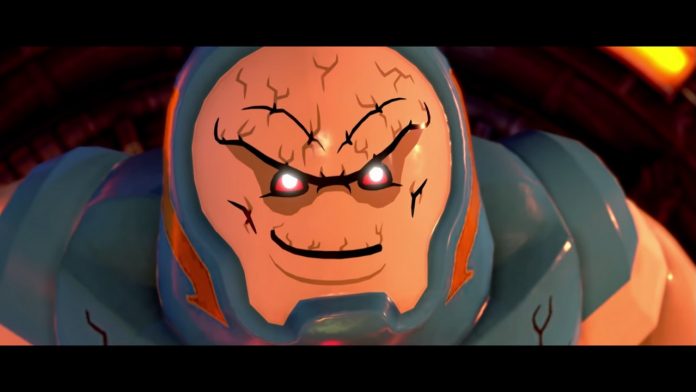 If you were disappointed with the all-villain team up in Suicide Squad, then LEGO DC Supervillains might just be the game for you! But does this new LEGO game offer exciting enough gameplay to satisfy? Read on to find out if this Super-Villain team-up will satisfy the comic fan in you!

What kind of villainy is this?

Just as the title suggests, you will be playing on the side of the villains in this game; specifically, you’ll play your own villain character to spread chaos and crime where-ever you go. In this game though, the villains team up not to fight the Justice League but rather the Justice Syndicate — a team of superheroes from a parallel universe (Earth-03).

The story is engaging enough, but it’s nothing to really write home about. Though you don’t have to worry about missing anything when you play as the game let’s you to play particular missions again. Replaying missions also gives you the option to select certain characters you want to play; sometimes this opens up areas that were previously inaccessible, thanks to each villain’s unique powers.

If you already played any LEGO video game like LEGO Starwars, LEGO The Incredibles, or any other franchise that got the LEGO treatment, you’ll be at home with this game. As with all other LEGO titles, this game has a bit of platforming, some puzzle solving, and button-mashing combat that’s far from difficult. I personally would’ve wanted more of a challenge, or at least a bit of a shake-up in the LEGO formula. The only challenge that I found during the combat is the bad camera angle as players don’t have the freedom to move around the camera which can sometimes hinder stage progress. 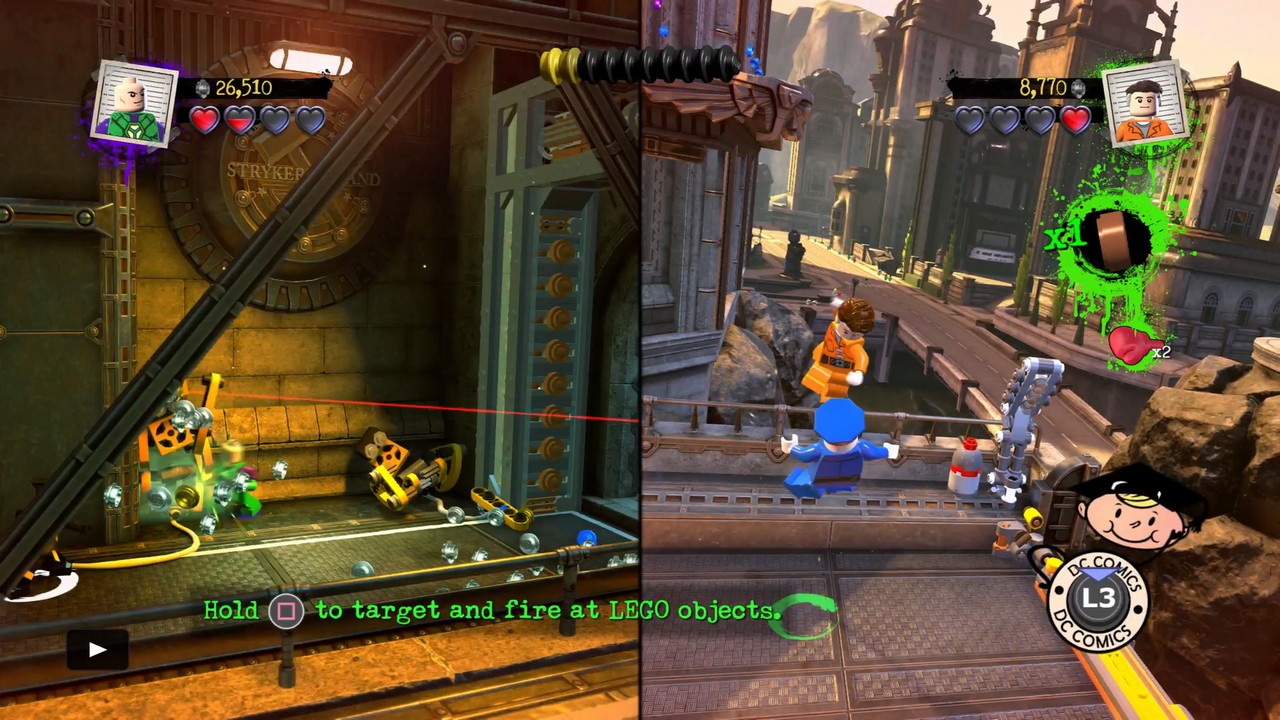 Despite it’s flaws difficutly-wise, the game still offers many fun things to do. The co-op mode in particular is definitely a stand-out, so it is highly recommended to have friends or family to play the game with. Another fun thing about the game is that it has numerous collectibles (much like other LEGO titles) that makes exploring the game’s world feel fairly rewarding.

The game also has a rather small world, but the attention to detail is great. DC fans will be in for a treat as the game has lots of places to visit such as the Daily Planet HQ, Arkham Asylum, Wayne Manor, and many more!

This music is no crime

Being a LEGO title, the graphics of the game isn’t really anything exciting; it’s mostly the same as previous LEGO titles. Though it’s still just as colorful as the actual blocks they’re based on. Good thing the music gives the game more life! As you venture around from one location to another, you will actually hear some classic themes that should be familiar to any DC fan! Plus, the voice acting is excellent in this game thanks to Kevin Conroy, Mark Hamill, and the rest of the cast!

The real Villain in this game

Obviously the target audiences of every LEGO games are the younger players, which is why the humor is rather bland and the challenges are not hard enough; even the game’s Master Villain mode can be completed alone.

Unfortunately, the biggest downer of this game is the various glitches and bugs that occur from smaller details like characters faces being stuck in a single expression or some character assets are missing. The most horrifying of them all though is the game crashing by itself which I unluckily experienced twice in row.

This may not occur too frequently for others but regardless it still sucks. Imagine hunting for collectibles and race challenges but then losing your progress thanks to the game crashing.

Lastly, collecting vehicles is fun, but it’s nothing groundbreaking. As you progress through the game, you’ll unlock characters which are able to fly, meaning vehicles that can fly will be made pointless. At least building your own Batmobile is still fun and great to look at.

LEGO DC Super-Villains is just about what you’d expect from a LEGO title. The game’s co-op mode is tons of fun, and it has a nicely detailed world (much like previous LEGO titles). The problem with the game though is that it has quite a number of bugs that can ruin your experience. The game is also basically the same gameplay-wise as the past LEGO games, meaning this game will be very easy to finish.

If you’re a big DC fan or are a big fan of LEGO games, there’s a lot to like in this game. But for everyone else, it might be better to wait for this game to go on sale.

Previous articleRockstar’s Social Club adds features to enhance your RDR2 gaming experience
Next articleBlizzcon 2018: What to Expect and What We Hope to See

LEGO DC Super-Villains Review | Still the standard LEGO game formulaLEGO DC Super-Villains is just about what you'd expect from a LEGO title. It will offer a great experience for both LEGO and DC fans, but it's gameplay is basically the same as the other LEGO games. The game also has a bunch of bugs and glitches that hamper the overall experience.