Did we say that she's Filipina? 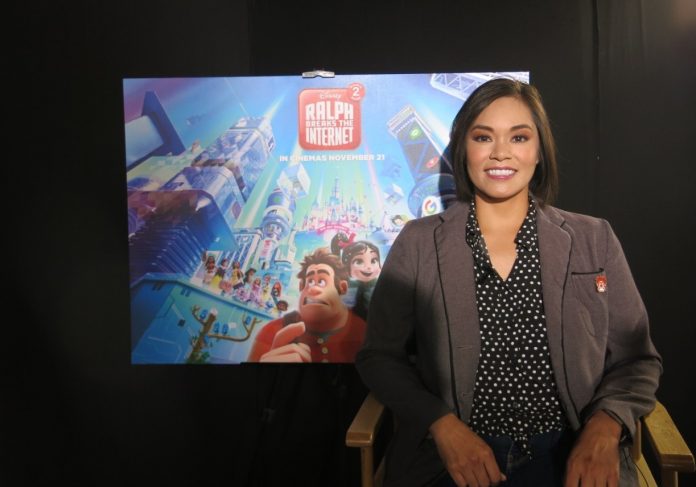 We loved Wreck it Ralph 2 and part of the reason behind it is because of a woman who is heavily responsible for the movie that it is now, which is opening in cinemas on November 21. Meet Josie Trinidad, the head of story for Disney’s upcoming Ralph Breaks the Internet: Wreck-It Ralph 2, the much-awaited sequel to 2012’s Wreck-It Ralph. 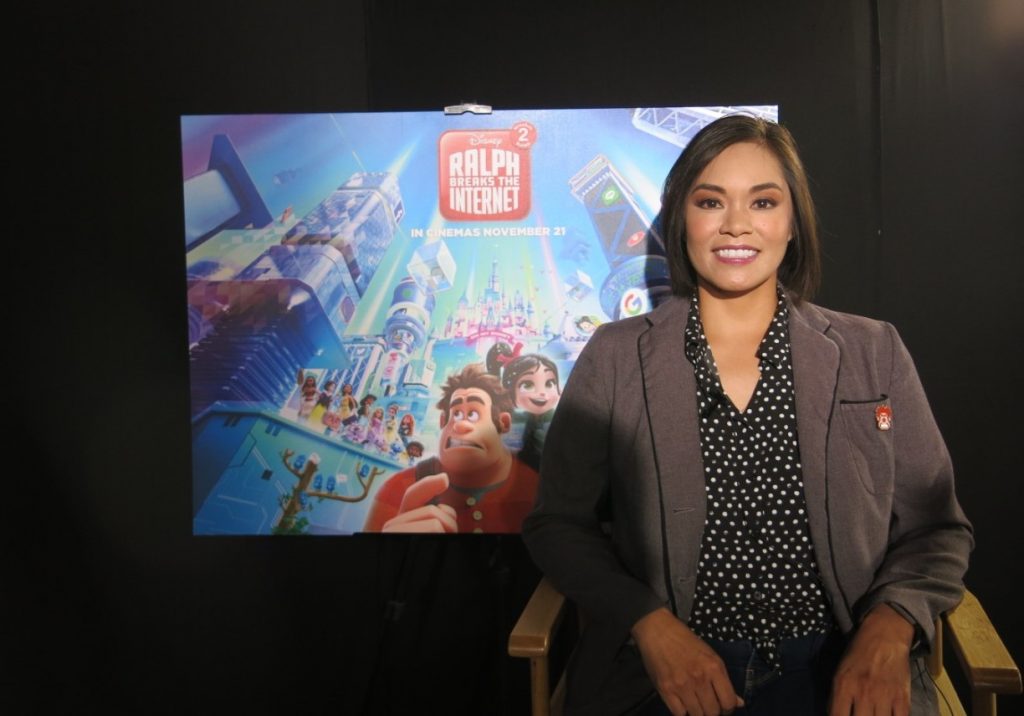 “I can’t tell you what a dream come true everything on this film has been for the animators,” Trinidad told the crowd at the festival about her experience working on Ralph Breaks the Internet: Wreck-It Ralph 2. 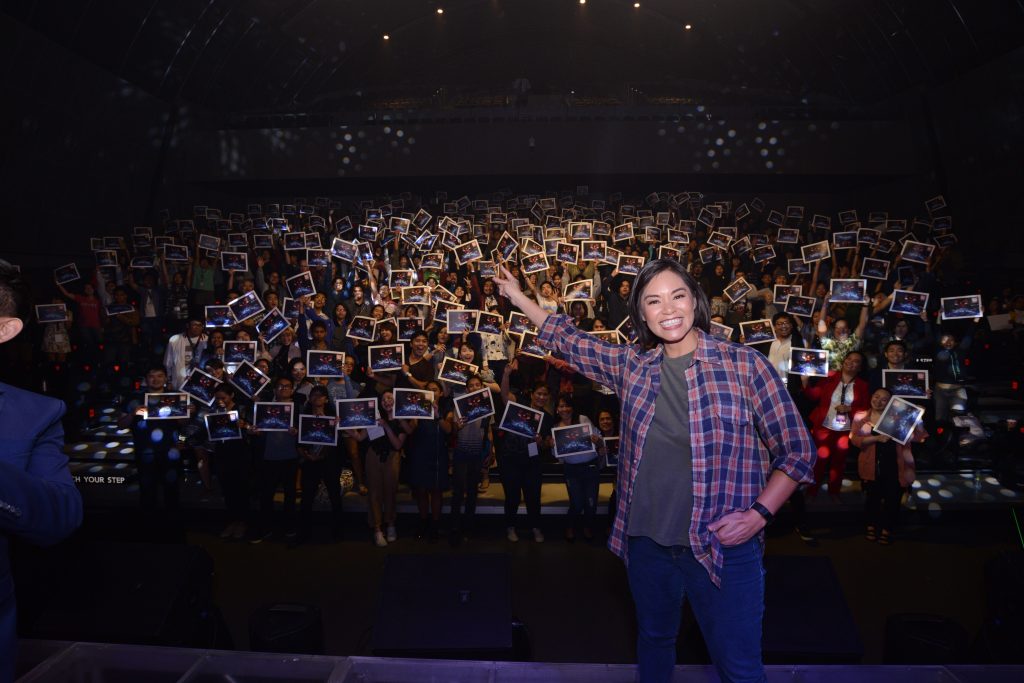 In 2004, Trinidad joined the Disney team as a story apprentice, and once she completed training, she was hired as a story artist. Her Disney credits include The Princess and the Frog (2009), Tangled (2010), Wreck-It Ralph (2012), and the Academy Award-winning Zootopia (2016), for which she was co-head of story.  She is joined by other Filipino talents in the studio such as Ronnie Del Carmen, Gini Cruz, Paul Abadilla, Nelson Bohol, and Bobby Rubio. “The diversity is by design,” said Trinidad, “because Disney’s stories go global.”

According to Trinidad, once the directors give their idea for a film, the team goes on full-on research mode. “We start every film we do with research,” she said. “We’re passionate about research because we care for the believability of our stories.” Plus, research can be so much fun! For example, for Moana the animation team went on a research trip to the beautiful islands of Polynesia.

For Ralph Breaks the Internet: Wreck-It Ralph 2, after directors Rich Moore and Phil Johnston had  given their vision for the film, the team asked themselves: Where do we go for research?

The answer: One Wilshire Boulevard, a data center in Los Angeles, California, which houses all internet communication for the U.S. It wasn’t quite like visiting the exotic islands of Polynesia, but what they saw awed and inspired the team to create a visual for the world wide web that would be relatable to audiences in the much same way that the power strip a.k.a. Game Central Station did in the first film. “We started to envision that the internet was like a major city, like Manhattan and Manila,” said Trinidad. 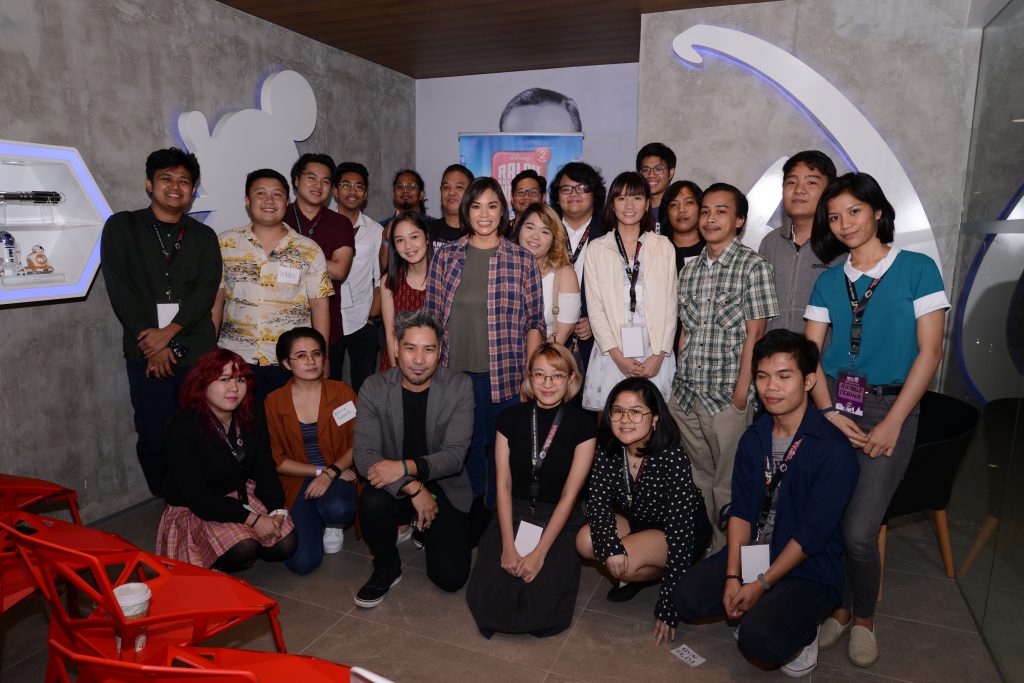 “I am the poster child for someone who failed but still made it to where I am today,” said Trinidad, who earlier shared that she realized while in animation school that she wasn’t as good as her peers at drawing, and that she couldn’t find a job after graduating. “Just be true to yourself and work extremely hard. I got to where I am because I’m Filipino and my parents instilled in me an incredible work ethic. Keep at it, and never give up.”

Be sure to catch Ralph Breaks the Internet: Wreck-It Ralph 2 as it opens in Philippine cinemas on November 21!