I tried console gaming on a monitor… and I liked it better than my TV!

If you lack a good TV, a monitor is actually a great console display option! 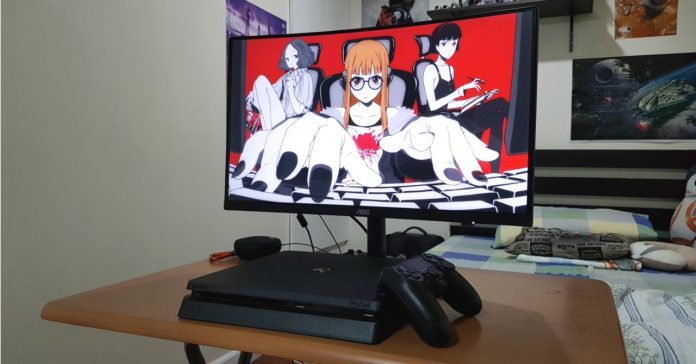 When it comes to gaming on consoles, I’m pretty sure most gamers have their PS4 or their Nintendo Switch connected to their home TV. After all, consoles have historically been made to be played on TVs. Plus, there’s nothing that beats playing in the comforts of your couch in front of a large television set. 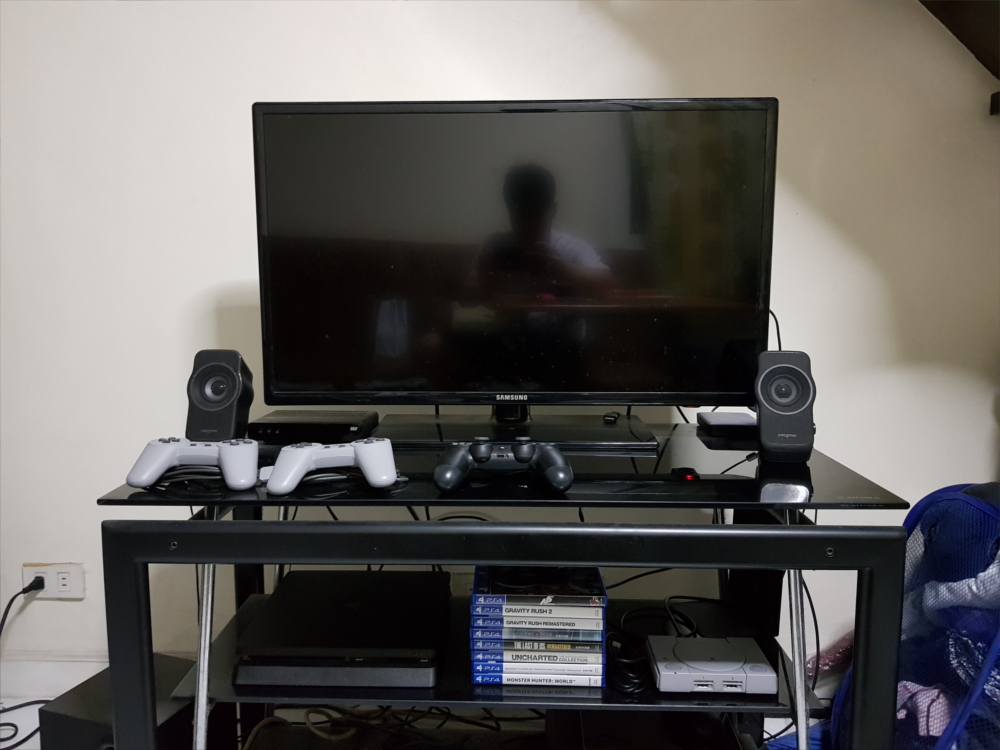 Sadly, not everyone has a top-of-the-line TV with 4k resolution. Take our place’s TV for example (see above); I play my PS4 on a six-year old 32-inch TV that doesn’t even have a Full HD resolution (it only has a 1366×768 native res). While I don’t really mind playing on it, it does show its age when I play more modern games. Plus, our TV doesn’t offer much of an immersive experience due to how small it is.

With that said, I was recently thinking of upgrading, but a quick check of new TV prices had me dropping that idea. The cheapest Full HD TVs I found were priced upwards of PHP 17k, with good 4k TVs costing around PHP 30,000. As I don’t have that much money to spend right now, I resigned myself to playing on our old TV.

That was until I got to try out an AOC curved monitor for a review. 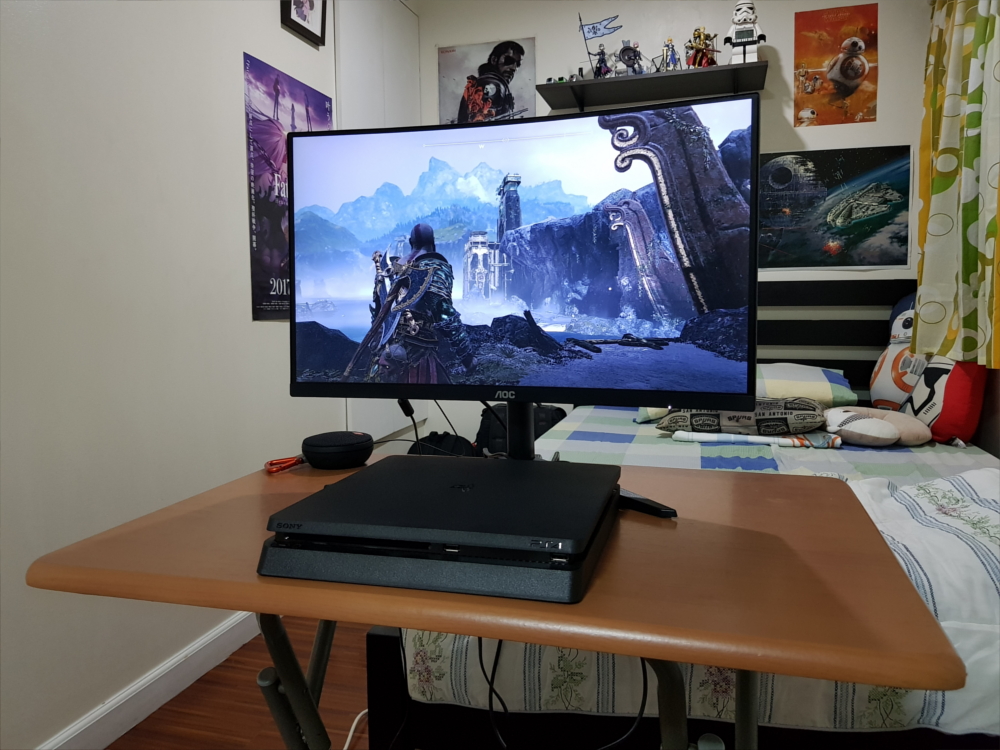 Specifically, I got to test the AOC C24B1H, a 23.6-inch curved monitor with a Full HD resolution and a budget-friendly price of less than PHP 9k. In my review, I found that while it may not be the best bet for esports titles (like Dota 2 and CS:GO), it’s strengths shined in console games.

What took me by surprise is not the fact that the C24B1H performed well, but it’s the fact that I had an even better time playing PS4 games on it compared to my TV. Back then, I thought that console gaming on a monitor would provide a sub-par experience, especially given that monitors are generally much smaller than your average TV. But this isn’t much of a problem when I played, especially as monitors are designed to be used closer to a user than TVs. With the right distance, even a 24-inch monitor can beat a larger TV when it comes to immersion (as was the case when I tried out the C24B1H). 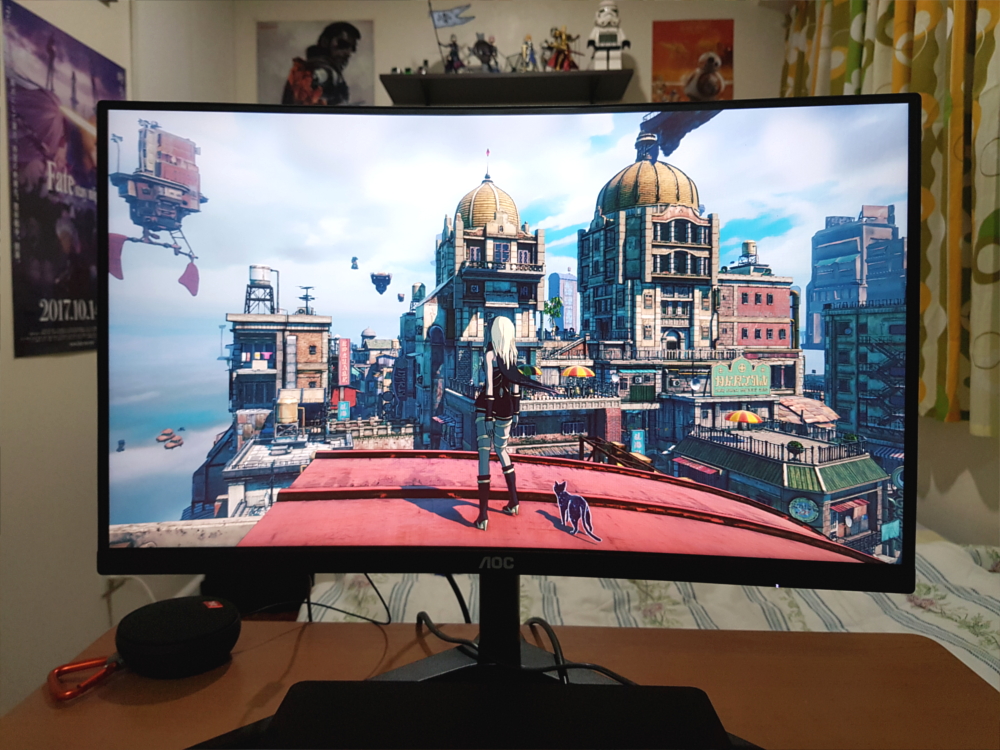 Another reason to consider monitors is that high-resolution monitors are much more wallet friendly than hi-res TVs. So if you have a console with 4K capabilities such as a PS4 Pro or an Xbox One X, monitors are the way to go if you want to take full advantage of your console’s power without breaking the bank. After all, a 4K monitor will beat a Full HD TV when it comes to image quality (or in my case, a Full HD definitely beats a 1366 x 768 TV).

Aside from being wallet-friendly, a monitor is also much smaller, which is great for gamers who live in small apartments or have a tiny room. If you already have a PC gaming setup, hooking up a console to the PC’s monitor is also an efficient use of space. Not to mention that using a monitor means that you won’t have to fight over a TV if you’re living with family or roommates. 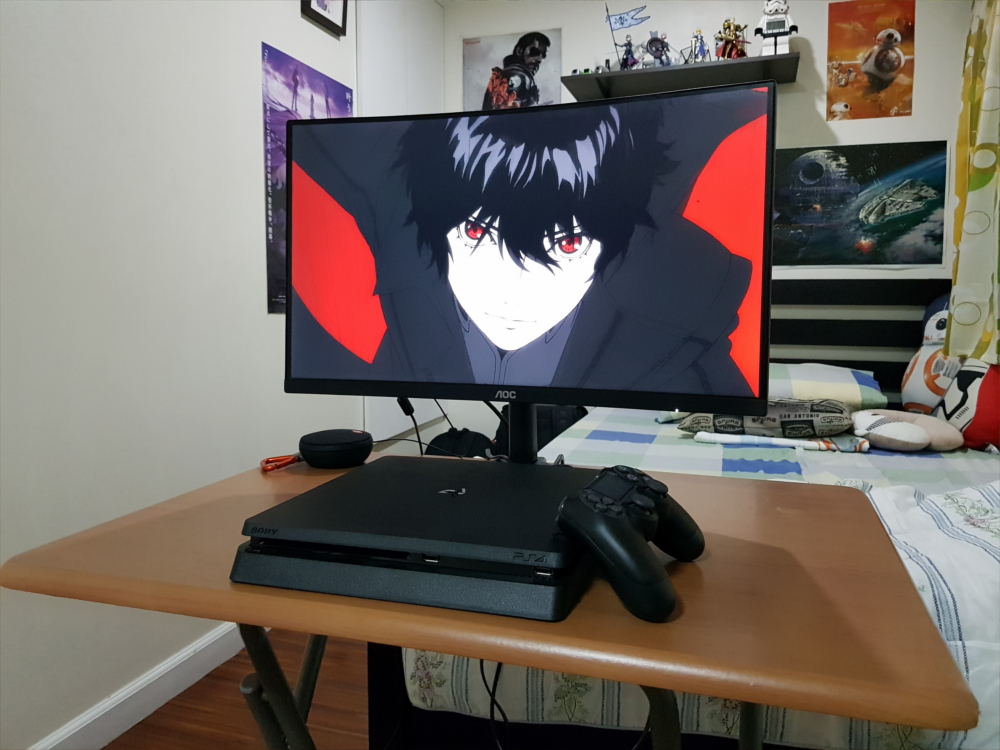 That’s not to say that you should ditch your TV in favor of a monitor, a large top-of-the-line TV will still beat even the best monitors. Sure, it costs a ton of money, but if you also use the TV a lot for watching movies or series, then investing on a top-end TV can be a good idea. 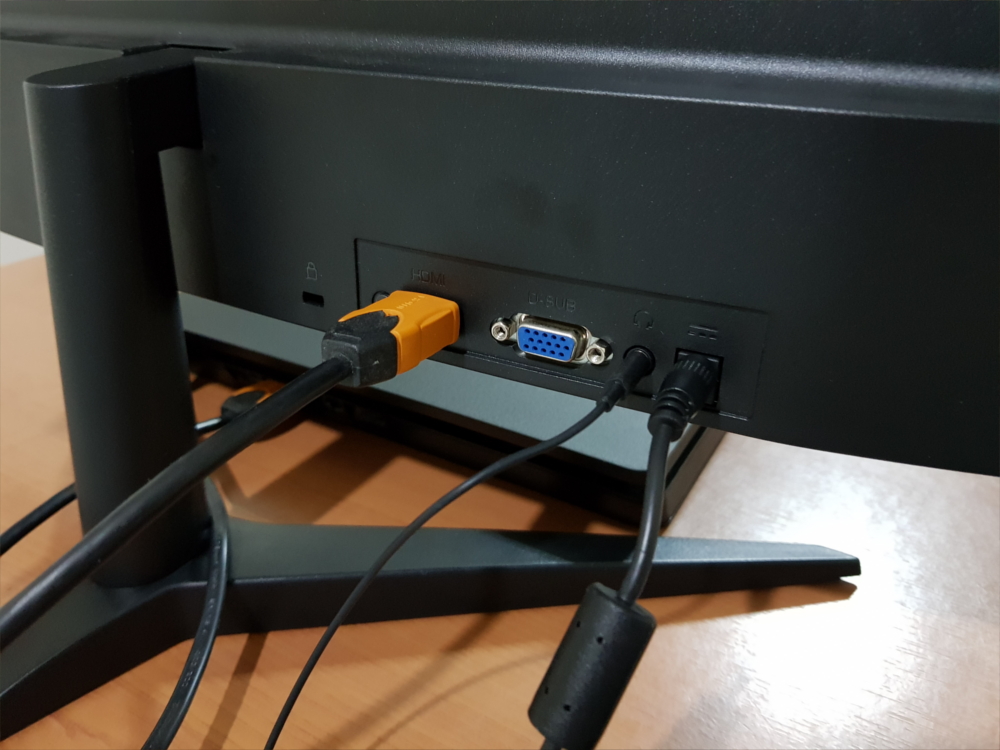 Another thing where TVs beat out monitors is in I/O. Even lower-end TVs have a minimum of two HDMI ports, as well as a wealth of other ports for video and audio. Entry-level monitors meanwhile, often lack I/O options; the C24B1H for example, only has one HDMI port and only one headphone jack. If you have hi-fi speakers with component cables, you’ll be out of luck. 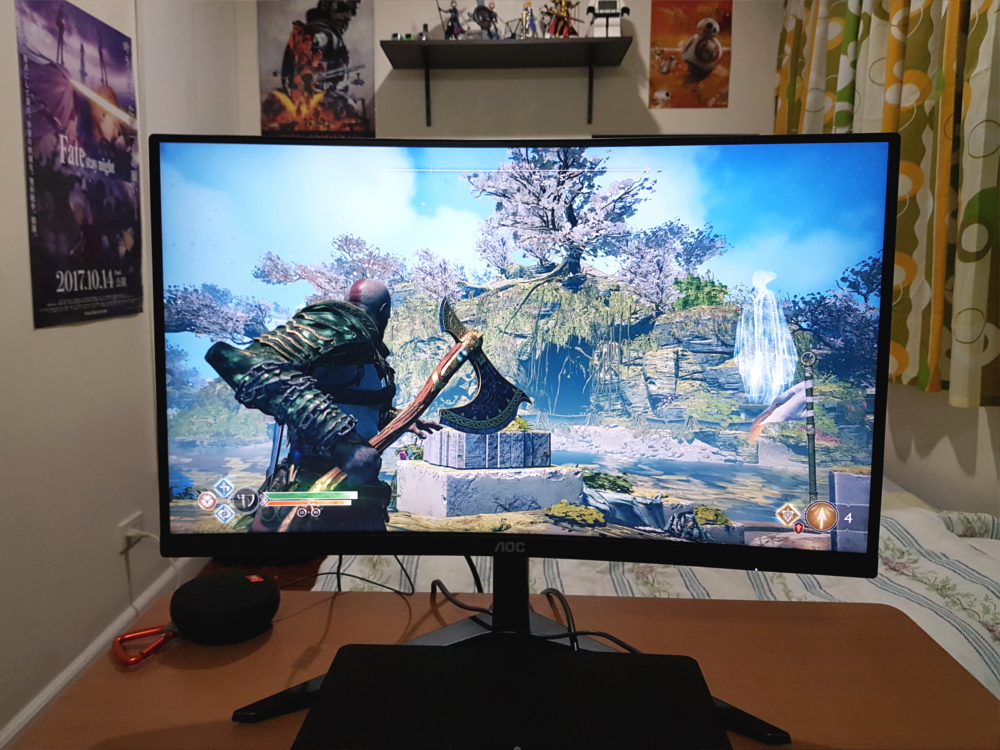 Overall, for the absolute best console gaming experience, a high-end TV is still the display to beat, if you have tons of cash to spend that is. Though if you’re like me and work with a smaller budget, then a monitor is an excellent choice for console gaming.

Not only do monitors provide more bang-for-buck, they’re also better for gamers living in small spaces. While a monitor has its own sets of drawbacks, at the end of the day  a proper Full HD monitor will beat a larger TV that’s only “HD-ready.” Just remember to position the monitor at just the right distance for maximum immersion!