We're definitely excited to try this game out! 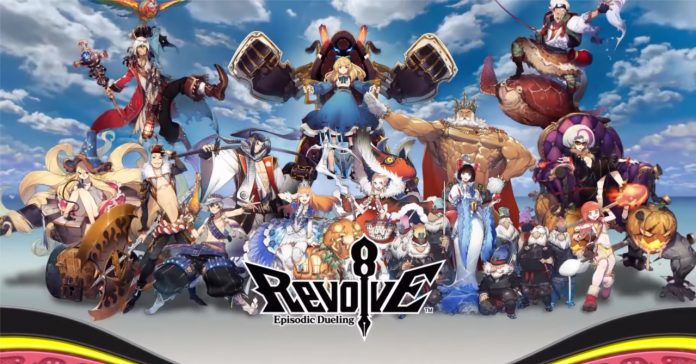 Back in October 2018, SEGA revealed its latest upcoming real time-strategy mobile title — Revolve8. The game promises to be unlike your run-of-the-mill mobage as it features a cast of reimagined fairy tale characters, and it’s developed by a star-studded team including Masayoshi Kikuchi (producer of Yakuza/Ryu ga gotoku series) and Koji Igarashi (Symphony of the Night, Bloodstained: Ritual of the Night).

Now, SEGA has just announced that Revolve8 will get a global launch on February 5, 2019, with a pre-launch set later this month.

The pre-launch of the game is set for January 17, and it will be available in the following countries: Australia, New Zealand, Indonesia, Malaysia, Philippines, Thailand, Singapore, Vietnam, Taiwan, Hong Kong, and Macao.

The game will then be released worldwide on February 5, with the Japanese release happening a bit earlier on January 22. Revolve8 will be available in five languages: Japanese, English, Traditional Chinese, Spanish, and French.

In case you haven’t followed the Revolve8 news, the game will have gameplay that’s reminiscent of Clash Royale in that a player is tasked to destroy his/her enemy towers while defending his/her own. The difference here is the unique hero skills offered by each character.

While the gameplay seems rather interesting, it’s the characters that steal the show. Designed by Koji Igarashi himself, the game features a unique take on beloved fairy tail characters. Characters in the game include a motorcycle-loving idol Cinderella, a social media-savvy Red Riding Hood, and many more.