A return to the classic MMORPG | MU Origin 2 First Impressions

The classics are returning but not as good as it used to be. 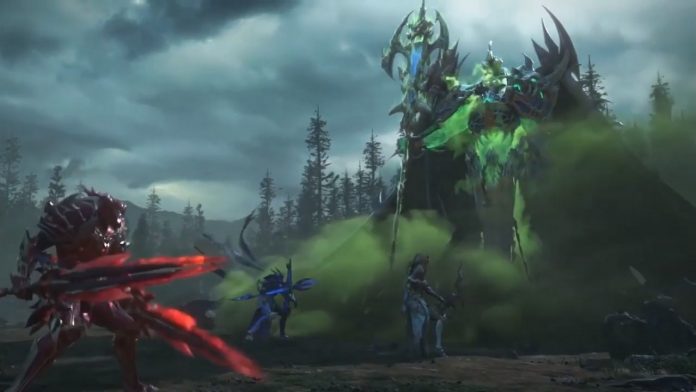 The Classic MMORPG is back from it’s long time of absence, this time with upgraded graphics and gameplay. If you want to relive the classic MMO of younger years, MU Origin 2 was recently launched for mobile, and it’s developed by the same team that brought the original game to life. Nostalgia aside, is MU it still worth playing? Read on to find out our impression of MU: ORIGINS

If you already played the original MU: Online, you won’t get lost in the in-game world as it should definitely feel familiar, especially with the classic three character classes that you can choose from. Though you might find yourself lost between the in-game menus, mechanics and systems within the game.

For my own journey through MU Origin 2, it took me quite a long time to choose between the three characters as I actually fancied both the Wizard and Warrior class. At the end of the day, brute force won me over and I picked the Warrior, though I was a bit disappointed as he now carries an axe instead of a sword as his starting item.

After choosing my character, I was glad to find out that they included an actual story-line in the game, and the story is a part of every major quest. This is perfect if you are interested in the game’s lore; admittedly I skipped most of it it. After skipping through the NPC’s dialogue and getting the actual quest, you should be familiar with how the game works. Get the quest, collect or kill something, report to the NPC, get the rewards and repeat. After all, the core of the game is basically grinding to get better equipment and making your stats high enough to challenge harder dungeons or fight other players.

But grinding can be tiring, thankfully the whole thing can be less of a drag as the game now introduces a new auto button that is quite helpful. At first I was skeptical about this whole automated system, but the auto button is truly a god send especially when you’re busy. You still you can’t skip the in-game dialogue so it’ll at least feel like you’re still playing a game.

Other more time with the game, I could say that the most enjoyable aspect of the game is the PVP. The majority of the areas in the game is PVP enabled so you can challenge any player you want to fight. If you want to go rouge you can change your attack target from friendly to attack all. It sounds fun yes, but you will become a wanted man with a huge bounty in his head (Yes, guilty for PKs).

With the story quest and daily quest giving a ample amount of experience points, leveling up is not much of drag anymore compared to the classic MU. But in this version, level is not as important compared to stats and equipment; that is why putting skill points and upgrading your equipment is crucial. I recommend not wasting your upgrade materials and just be on the lookout for better equipment. The higher level the armor is the more shinier it gets so think twice if you want to PK players like these if you see one.

Most of the mobile games that run through our phones usually comes with a few micro-transactions, and it’s no surprise that MU: Origins has it too. If you want a faster way to gain better equipment, micro-transactions are the way. But I didn’t really have much of an urge to spend real world money as grinding was made easier with the auto button. If you still find it to be a drag to farm for equipment then micro-transactions might be something to go for.

With updated graphics and a somewhat rewarding quest-line I recommend this game for fans of the original title. But if you’re looking looking for a fresh mobile MMO experience, MU Origin 2 might not be the game for you as it doesn’t really offer anything new — it’s very much like the classic MU but with today’s mobile game mechanics. This is not exactly a bad thing; if you’re looking to relive the glory days of MU, MU Origin 2 is still very much worth a try.