The 80s nostalgia is strong with these sneakers! 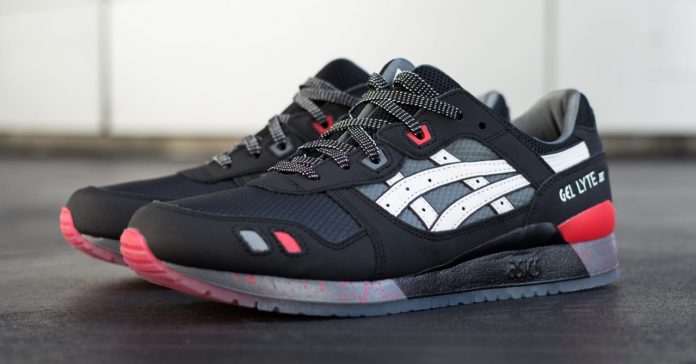 In the past year, sneaker brands have been releasing geeky collab collections. Take for instance Adidas which released the Dragon Ball and Game of Thrones collabs; or New Balance with its Neon Genesis Evangelion line.

Now, another brand is joining in on the fun, and it’s Asics with its new ‘GI Joe’ GEL-Lyte III collaboration which includes two colorways — “Snake Eyes” and “Storm Shadow.” While they may look like your standard GEL-Lyte’s at first glance, a closer look reveals cool GI Joe-inspired details.

The “Snake Eyes” colorway comes in a black leather upper with red and white accents, inspired by the GI Joe commando, Snake Eyes. Other design features of the sneaker include a translucent outsole, a speckled midsole, and a ‘Arashikage Clan’ logo at the heel.

The sneakers cost USD $120 each, with the caps and bag being priced at USD $32 and $35 respectively. All items are available now on Footlocker in the US. There’s no word yet on PH availability though.