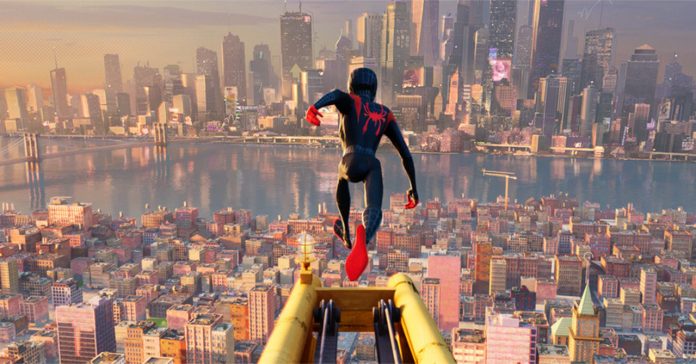 Fresh off of winning Best Animated Film at the Golden Globes, Spider-Man: Into the Spider-Verse just received another big award. The film won Best Animated Feature at the 91st Academy Awards, proving that it truly is this year’s best animated film.

Produced by Lego Movie and 21 Jump Street Directors, Phil Lord and Christopher Miller, Spider-Verse was among the five films nominated for the award. With its win, the film beat out the following nominees:

There's a hero in all of us, and we couldn't have done it without you. Thank you to the Academy for recognizing the incredible team behind #SpiderVerse: Winner – Best Animated Feature 🏆

Posted by Spider-Man: Into The Spider-Verse on Sunday, February 24, 2019

Aside from winning the Oscar and Golden Globe for Best Animated film, Spider-Verse also received animated film awards at the Annies, BAFTA, and Producers Guild Awards.

Directed by Bob Persichetti, Peter Ramsey, and Rodney Rothman, Spider-Man: Into the Spider-Verse follows Miles Morales, a teenager who gets bitten by a radioactive spider and gains powers of his own. With his newfound abilities, Miles is thrust into the role of Spider-Man, where he meets Spideys from different universes and faces off against Kingpin.

If you haven’t watched the movie yet, you should definitely give it a go when it comes out on streaming services soon. In case you need more convincing, check out our quick review of Into the Spider-Verse:

- Advertisement -
- Advertisement -
Previous articleHands-on and Initial Impression on the Samsung Galaxy S10 Plus
Next articleMeet the Nokia 9 PureView — a smartphone with five rear cameras!