Non-Spoiler Review | ‘Alita: Battle Angel’ is a Powerful Marriage of Anime and Hollywood 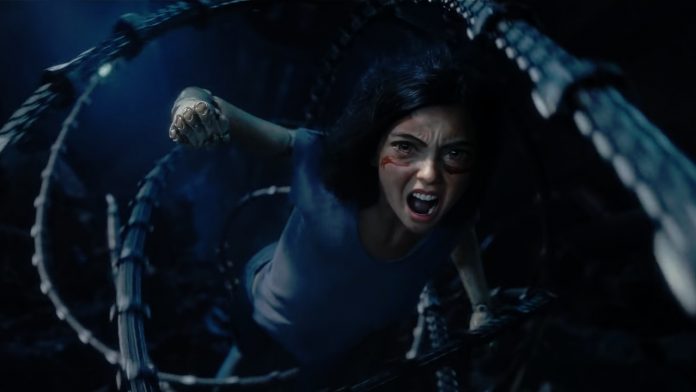 Alita: Battle Angel is out now and I have to say that I was pleasantly surprised at how fun this movie was! Based off Yukito Kishiro’s manga series Gunnm, also known as Battle Angel Alita, this movie was produced by James Cameron and Jon Landau and was, for me, a great example of how to properly translate an Anime / manga via the Hollywood lens.

Allow me to give some context here: I am doing this review with almost LITTLE TO NO knowledge of what went down in the manga and anime. When we were invited to a media preview of Alita: Battle Angel which showed us a few scenes from the full movie, I have to admit that I wasn’t excited. I mean, I knew nothing about this franchise and I had the predisposition of “oh no… another translation that will be a poor representation of the source material that will result into a meh film”. I was dead wrong. I saw the initial scenes and was “WOW. Okay. Didn’t expect that. But hey, those are just a few short scenes. I wanna see it now but there’s a huge chance the actual movie will be weird.” Again, I was happily surprised to be proven wrong. You see, personally, I just grew tired from the failed translations of gaming or anime titles into Hollywood flicks. I saw Ghost in the Shell and I personally thought it was a trash fire. I saw Assassin’s Creed and I wasn’t impressed. The Resident Evil movie franchise was… LOL. Death Note on Netflix COMPLETELY MISSED THE MARK and don’t even get me started on Dragon Ball Evolution. Point is I’ve been disappointed so many times in the past that I didn’t think Alita was gonna be any different. But it WAS. And I’m so happy it exists.

Don’t get me wrong. The movie was not perfect or flawless. In fact, the movie had some weird flaws to it. However, the movie as a whole made me look past MOST of the movie sins it made and it came out as a net positive enjoyable experience. So let’s break it down.

First up, lemme get it out of the way and just say that THIS MOVIE WAS GORGEOUS. The visuals of this movie were simply stunning. First, the setting. The whole movie takes place in Iron City, a slum-like city than stays in the shadow of a floating upper city called Zalem. The shots are just so good. Zalem looks like a floating heaven but the shots are done so well that you always only see JUST ENOUGH… just enough to keep the mystery of “It looks nice… but is it REALLY nice? Is it REALLY all that? Is it really the paradise everyone says it is?” As for Iron City, They were definitely able to portray a setting that looked and felt so alive. Sure, it was a slum but the colors they used for it and the cyberpunk-y theme it’s based on made it seem… pleasant, in a way. And while it is indeed aesthetically pleasing, I did count this as one of the sins of the movie, at least in a very nitpicky way (which I’ll go into in more detail later). That’s for the setting.

Then you have the characters. In the Alita: Battle Angel, you have 2 kinds of people – humans and cyborgs. The impressive part is that the CG for the cyborgs blend very well with the human cast especially our protagonist Alita. I mean, this girl HAS ANIME EYES. Seriously. You’d think it’s absurd but, as the movie goes on, Alita just starts to BLEND. You suddenly don’t question it. I mean, she has interactions with humans that looks seamless. It was quite well done and definitely helped for immersion.

Lastly, you have combat… which for the lack of better terms, I shall describe as UIAYTDSAHSU*GQHUVGWS*UGHSAGBOMGSOGOOOD. You can definitely see the influence of anime with the battle scenes and they were so good that the crowd in the screening I watched couldn’t help but clap and cheer! 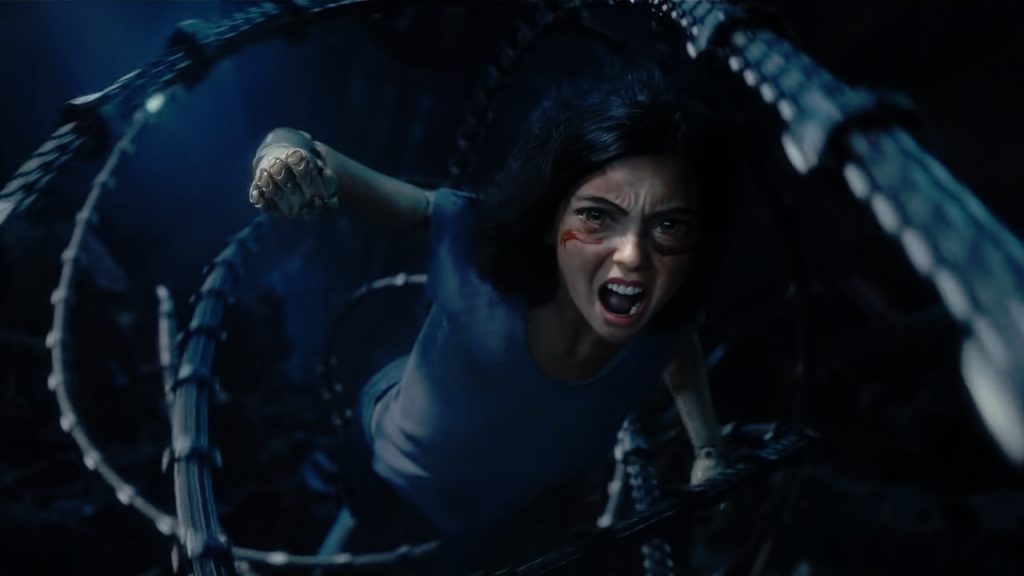 Okay. This is where we get a bit weird as this is where majority of the movie sins were. Premise was good. In general, it was about Alita finding out who she was BEFORE she was restored from the junk heap. It was about her piecing things together as she tried to find her place in this world she recalls nothing about. Surrounded by the motivations of others – the Doctor wanting to just keep things as they are, others wanting to leave the life of Iron City and head to the promise of paradise in Zalem – she tries to figure out what SHE wants, WHO she is, and WHY she’s just naturally good at fighting.

With character motivations however, this is where a few questions came into my head. All things considered (at least with how the movie showed it), Iron City didn’t look so bad. Sure, it was emphasized that it had crime but they did have sort of a bounty hunter system that kept it in check. I mean, you had these roving robot police that looked straight outta Robocop plus a bounty hunter system that seemed to work. How bad could things really be? Iron City had its own beauty as well. It never looked like an unlivable trash heap and I guess that’s where my problem lies. Why do so many people want to go to Zalem? What’s their motivation? It seemed like no one knew much about it anyway. Could they REALLY say that it was a prosperous place? Was it really the paradise everyone seemed to think it was? But at the end of it all, this sin was forgivable, in my opinion. The movie only had a couple of hours to tell a whole story and this was a usual thing. Very few movies can pull off the storytelling behind a tight lore without making the whole first movie just about lore.

Possibly THE MOST JARRING sin I encountered were the relationships in the movie. Let’s focus on two – Alita + Ido and Alita + Hugo. Alita and Dr. Ido showed the relationship of a father and daughter. But, without spoiling anything, there were moments where the motivations within their relationship were weird. Sure, Ido technically became her father by default by bringing her back to life and caring for her but, in the short amount of time depicted in the film, their reactions to each other just seemed a bit too much for what they went through (at least, with what was shown on screen). But sure, I was willing to forgive this because Ido did have a rationale that he might be seeing his dead daughter in Alita. And maybe Alita thinks the doctor is all she has especially since her memory was wiped. So fine. I’ll take it and ignore the discomfort. The only thing I COULDN’T IGNORE was the romance between Alita and Hugo. It just seemed so forced. Barely any motivation for them to be that way which led to poor story telling in terms of why Hugo did ANYTHING he did with Alita. Until the very end, scenes with Hugo were almost cringe-worthy and was the only thing that broke my suspension of disbelief.

All things considered, you definitely SHOULD watch Alita: Battle Angel. The movie is fun and enjoyable especially the combat scenes and the visuals. I just wish the story telling was better (maybe ease up things with Hugo) and this could’ve gotten a way higher rating. While I mentioned a lot of sins, the whole experience makes most of them forgivable and ignorable… except the Hugo stuff because “WHY? JUST WHY?!”

Alita: Battle Angel is out today so be sure to watch it in cinemas near you!

Definitely a must-watch for the action and visuals. This movie was a good example for how you can translate an anime into a Hollywood movie and, while there are imperfections, I'd still say this movie was great and enjoyable.Non-Spoiler Review | 'Alita: Battle Angel' is a Powerful Marriage of Anime and Hollywood