It has great mechanics but a lackluster story. 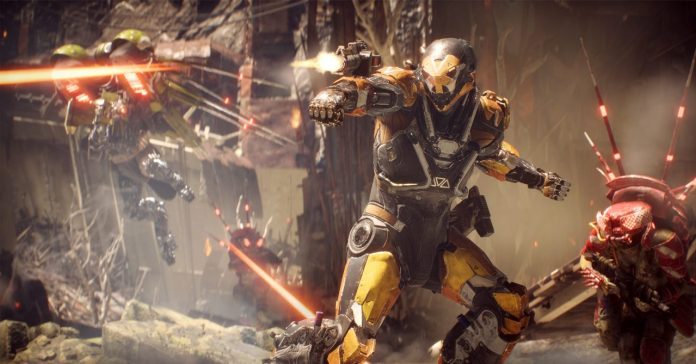 EA may have hit a home run with its battle royale Apex Legends (developed by Respawn Entertainment), but it’s next major release isn’t doing so well. Long hyped as a “Destiny-killer”, Anthem is BioWare’s latest game, and it’s the studio’s take on the looter-shooter genre. Released just a few days ago, Anthem’s reviews are far from glowing.

Right now, Anthem is sitting at a 60 on Metcritic which means ‘mixed or average reviews’. The game’s Metascore isn’t based on early reviews mind you as it’s the average of 49 critics ranging from PC Gamer to Gamespot. It’s not faring better when it comes to user reviews as well, given its current User Score of 4.3 based on a 2,316 ratings.

Now for the reviews themselves, PC Gamer sums Anthem up nicely:

The Guardian meanwhile, had a bit of a harsher take on their Anthem review:

“Even where it is strongest, Anthem rarely stretches beyond the derivative. The combat, while well-designed, is little more than Gears of War with jetpacks, and narratively it veers between inconsequential and downright irritating. This anthem is, sadly, a tedious and conservative dirge that we’ve all heard before.”

While Anthem is a tough recommendation as of the moment, there’s at least hope that BioWare and EA can make a good game out of it after a couple of updates. Here’s hoping Anthem becomes much better in the coming months.

- Advertisement -
Previous article
Looking back at the innovative ten year journey of the Samsung Galaxy series
Next article
Resident Evil 0, RE1, and RE4 are coming to the Switch