The newest Marvel Ride at HK Disneyland opens with a BANG! 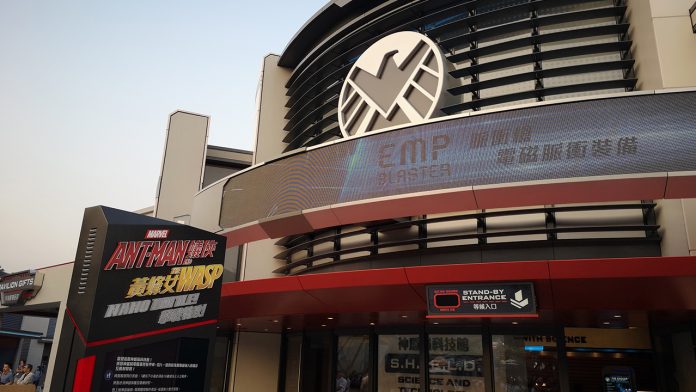 From March 27-29, various media including ourselves went over to Hong Kong to check out the much-hyped-about new ride of Marvel and Disneyland – “Ant-Man and the Wasp: Nano Battle” along with the other new highlights of HK Disneyland. Needless to say, it was a pretty awesome experience and we’re here to share with you what exactly went down! 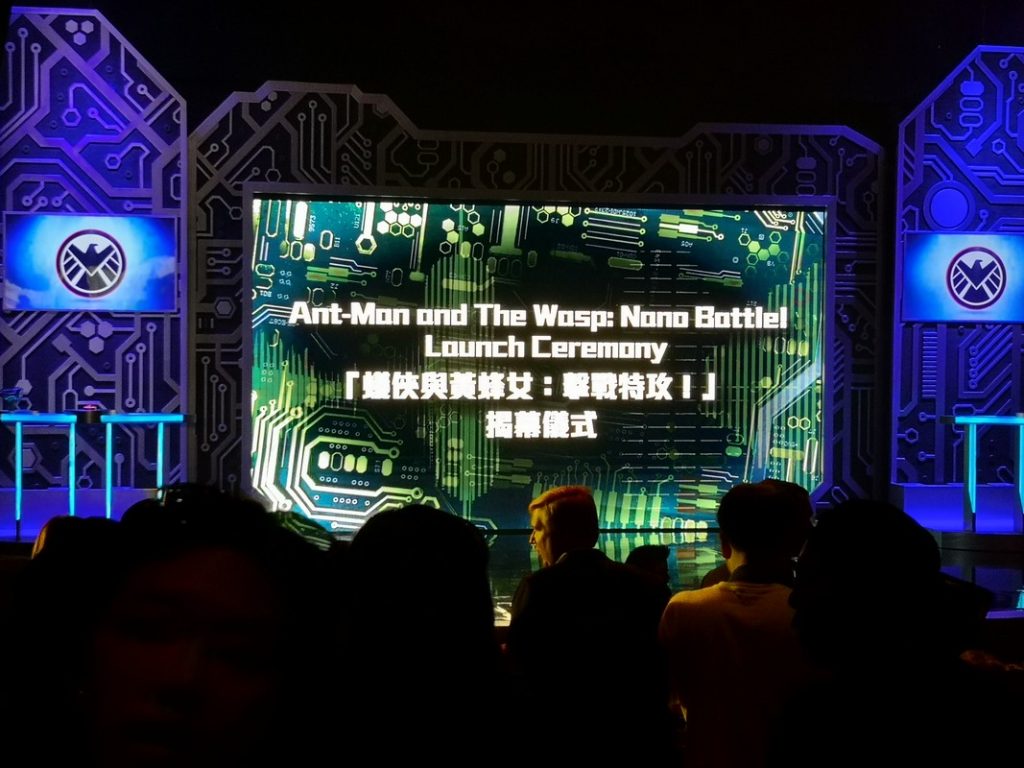 Things officially kicked off on March 28 with Ant-Man and the Wasp: Nano Battle’s launch ceremonies for all the media, guests, and fans that were in attendance. While most would expect just some normal remarks here and there telling the audience about the ride, it was much MUCH more special than that… especially since the launch ceremonies featured a star-studded line-up of guests who each took to the stage! Local personalities like Paul Chan (Financial Secretary of the Hong Kong Special Administrative Region), Stephanie Young (Managing Director of HKDL), and Bob Weis (President of Walt Disney Imagineering) kicked things off. Towards the end, the crowd was cheering loudly as Evangeline Lilly (The Wasp) left a video message to everyone as she couldn’t be in Hong Kong during that day. While that was great and all, we were all floored when Peyton Reed (Director of “Ant-Man and The Wasp”) and Paul Rudd (Ant-Man) suddenly appeared LIVE on stage! It truly cemented the fact that the opening of “Ant-Man and The Wasp: Nano Battle” in Hong Kong Disneyland was a milestone that was definitely worth celebrating!

We then proceeded to check out the ride for the very first time. The ride was at the SHIELD Pavilion and you could see just how big of a project this ride was. First of all, the facility looks GREAT. No detail, big or small was spared. Inside, we were treated to TONS of Mission Briefing videos! These were videos featuring awesome banter between Iron Man, Ant-Man, and the Wasp and it was as great as you can imagine 🙂 Paul Rudd and Evangeline Lilly really put their characters into the ride and its the perfect way to hype you up as you wait in line. Once you reach the end of the queue, you’ll get to board one of the moving cars that can fit 2 people at a time. The ride proper is an FPS-adventure like it was straight from a video game! You and the person in the car with you will be shooting various targets (aka Swarmbot weakpoints) which will give you points that will be tracked in real-time on a terminal in front of you along with your accuracy percentage. This competitive spirit that the game imbibes is where “Ant-Man and the Wasp: Nano Battle” shines. The PH media representatives as a group went on the ride 3 times because we wanted to beat our own and each others’ high score! During the ride, you’re also treated to even more footage of Ant-Man and the Wasp battling alongside you until the ride finishes and the mission is deemed a success.

We’re releasing a full review of the ride in the separate article where we get into  the various nitty gritty details that you’ll want to know about the ride so stay tuned for that! In the meantime, we highly recommend that if you’re in Hong Kong Disneyland, you should definitely give this ride a try!