Empowered women and the technology that powers them

Argomall shows us a profile of Andrea Pasion-Flores to celebrate International Women's Month. 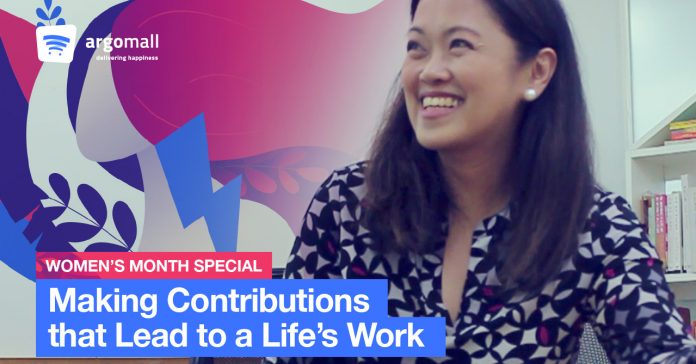 As March is Women’s Month, it’s the time of the year to celebrates the intelligence and talent of empowered women — and raise awareness that women can be strong and successful. To celebrate the month, Argomall recently sat down with Anvil Publishing’s Andrea Pasion-Flores where she shared the way she uses technology to bring authors and readers together, as well as gadget shopping tips.

The Anvil Publishing General Manager is 47, and her life has been all about books. She was the first literary agent in the Philippines, the author of the short story collection “For Love and Kisses” and she is a lawyer specializing in copyright law. Flores is a mother, as well as a book publisher, and her schedule rarely allows her downtime.

“For an author, it’s quite liberating in that if you really want to reach an audience, you can” with today’s technology, she said. “You have a lot of control over that vis a vis your social media—you can build your author brand with tools that are within your reach. For women, in particular, it’s very liberating.”

“Technology,” she noted, “democratizes writing. A new imprint we’re coming out with in the summer is practically all women.” The best and newest tech that writers can use is also available at Argomall.

Women’s Month “feels like affirmative action” to Flores. “There’s a lot of gender issues that people have to deal with now. There are many people whose identity we have to respect, and it’s a wide, wide LGBT+, and I think women still need the space that must be given to them because there are so many things we are up against.” 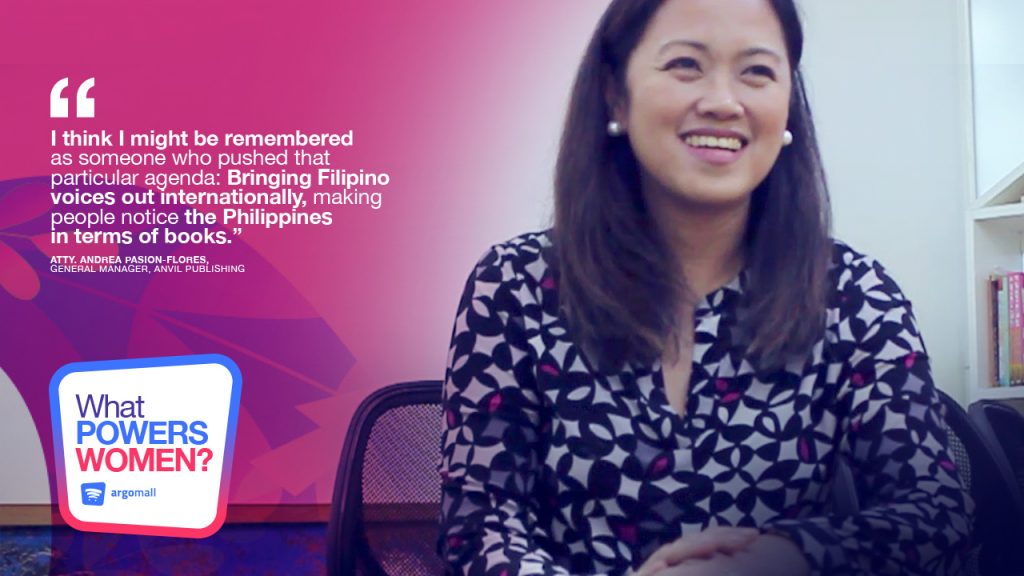 “I read manuscripts on my phone. I do everything on the phone. You can do everything on your phone. I work on my emails while I’m in traffic,” Flores told Argomall, so “battery life is important,” in a handheld device. “I’m on the Viber group for both my phones, so I can answer with whatever phone I’m holding. I have both an Android phone and an iPhone.”

“I think I might be remembered as someone who pushed that particular agenda: Bringing Filipino voices out internationally, making people notice the Philippines in terms of books. In particular the stories of Filipinos,” Flores said. “I sold the Penman Classics, Nick Joaquin, “Smaller and Smaller Circles” by F.H. Batacan, Charlson Ong, VJ Campilan and Krip Yuson to the Arabic world.”