The F11 Pro is more than just the pop-up camera! 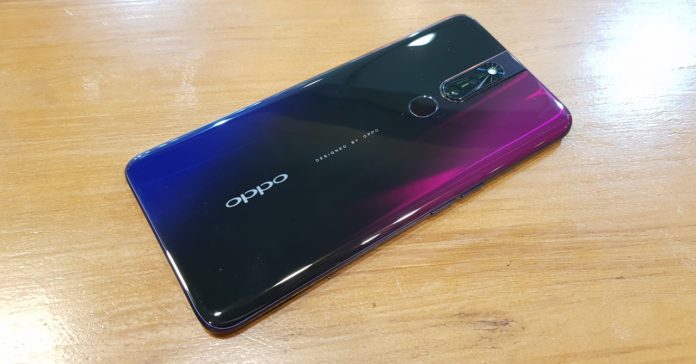 In the race to erase bezels, smartphone manufacturers from all over the world used different techniques to make their phone’s front all-display. Apple for example went with the now infamous notch, while Samsung opted for a punch-hole for their new S10 line. Last year, OPPO debuted its own novel approach to bezel-less displays — a pop-up camera system for the Find X.

Though of course, the Find X was an expensive flagship, so not a lot of people could get one of their own. Enter the new OPPO F11 Pro! 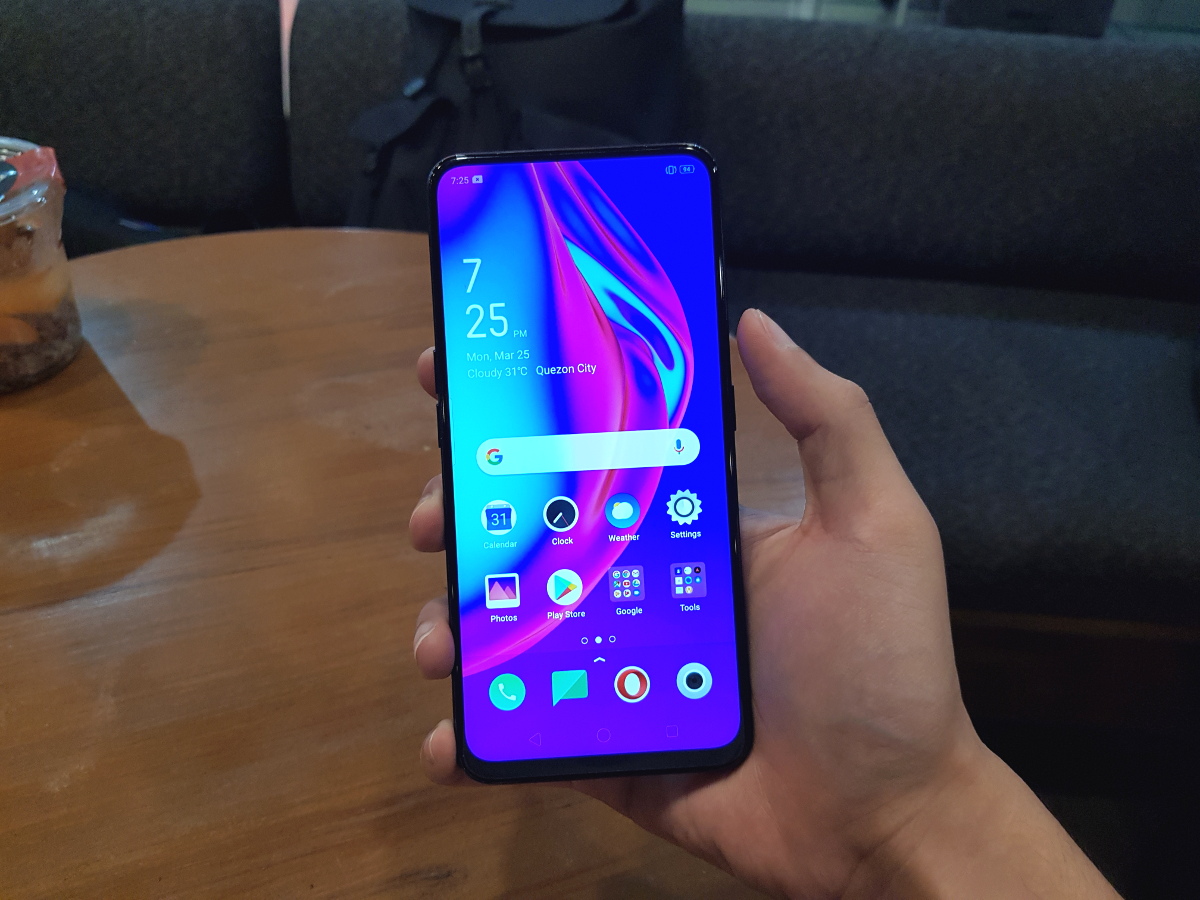 OPPO’s latest smartphone in its best-selling F-series is shaping up to be a major leap over its predecessor, the F9 (which we found was more of the same as the previous F7). Instead of opting for a notch, OPPO instead put a motorized pop-up front camera to make the F11 Pro’s display as borderless as possible.

Before we check out the pop-up camera, here’s a look at the phone’s back: 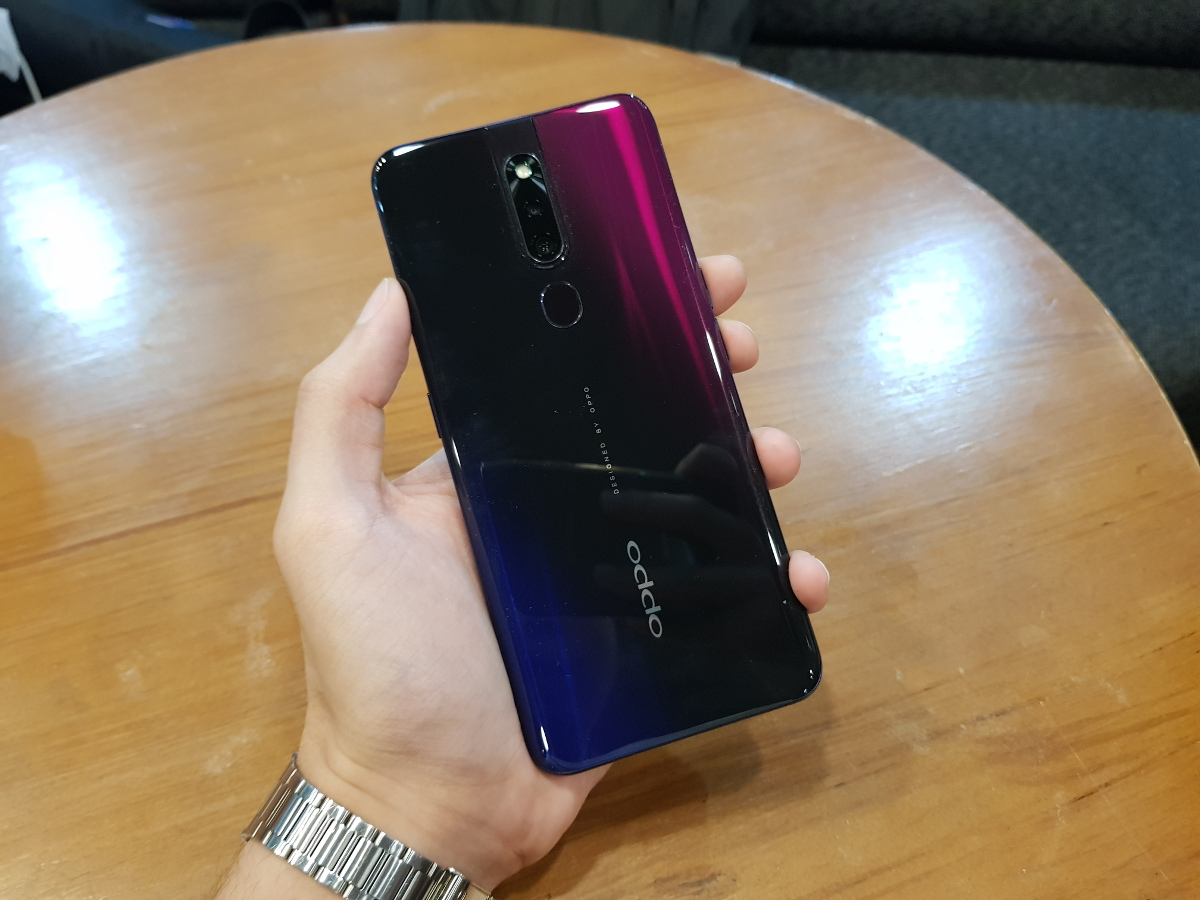 As with a lot of phones being released lately, the F11 Pro comes with a blue-purple gradient, but in a darker hue. Thanks to this darker shade and glossy finish, the F11 Pro should definitely stand out. Another thing that will stand out though are fingerprints; the phone’s back is one helluva fingerprint magnet.

Now, here’s a look at the front camera when in use: 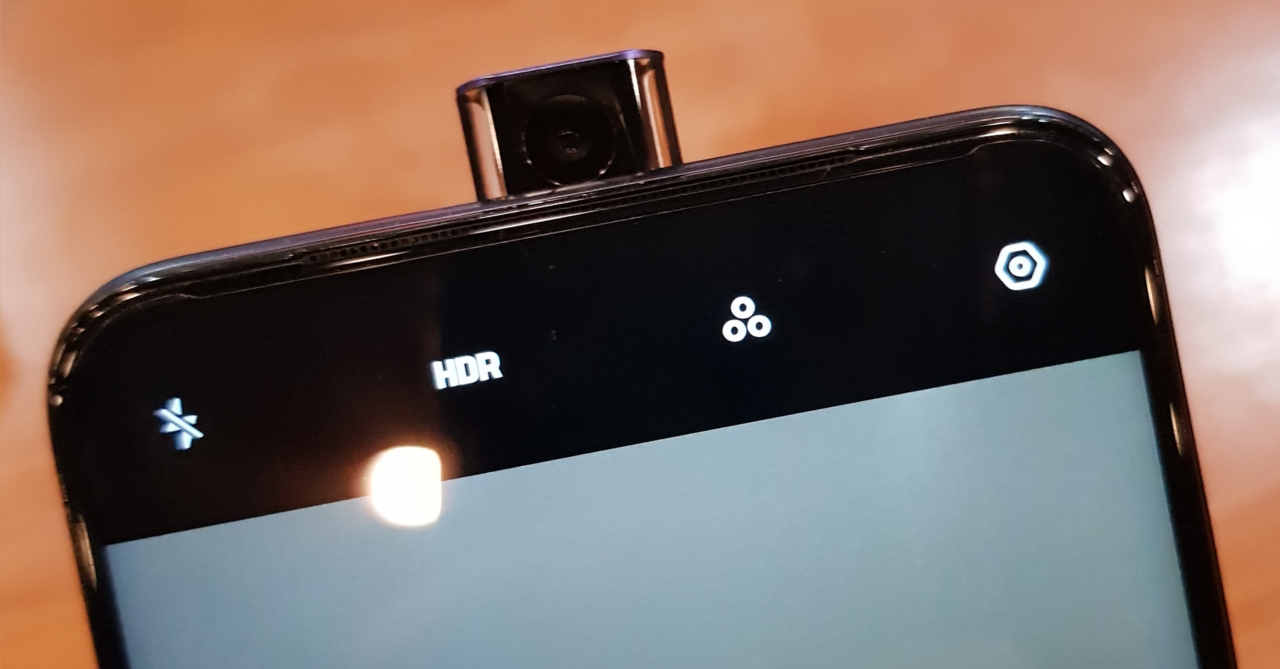 The pop-up system is hella cool, and it promises to take great selfies to boot thanks to the 16 MP f/2.0 front camera. Selfies aren’t the only thing the F11 Pro should be taking well though, especially with its dual camera setup. 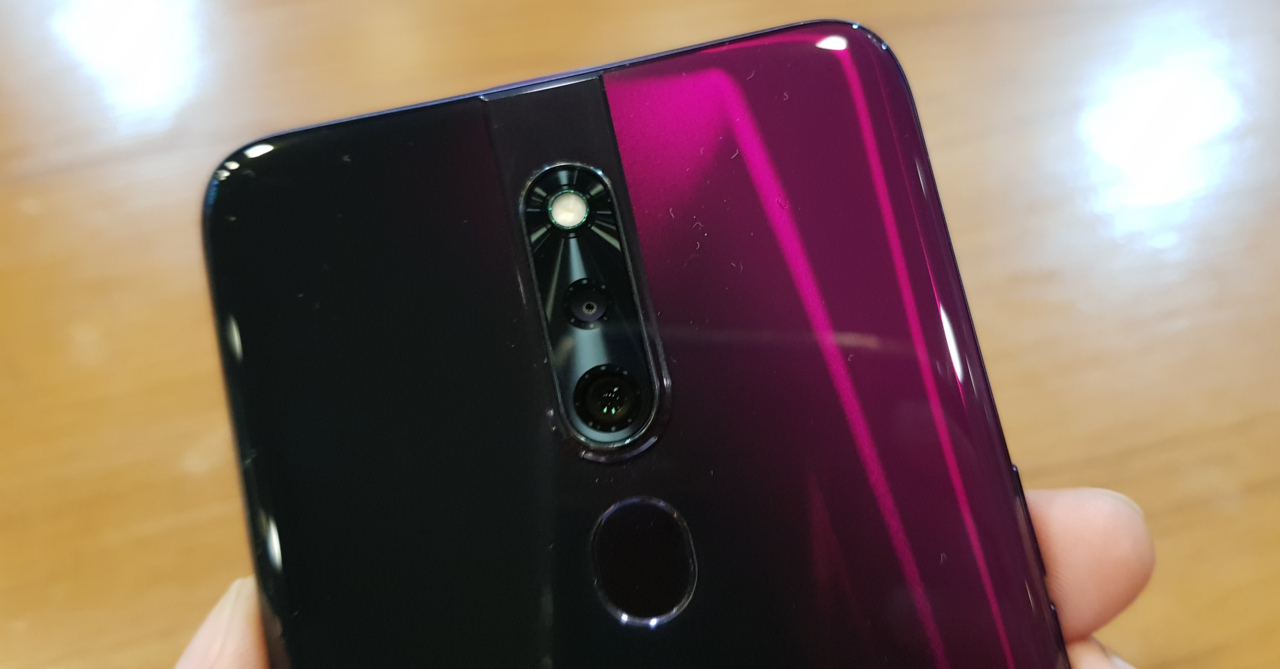 Sure, it may not pop up like the Find X, but it does come with a whopping 48 MP main camera that’s supplemented by a 5 MP depth sensor. Thanks to this insane amount of pixels plus the phone’s Nightscape mode, the F11 Pro should take detailed night shots. And for portrait fans out there, the depth sensor should help with better bokeh effects.

On paper, the F11 Pro’s cameras are impressive, but what about in actual use? Well in my initial test of the phone, it’s definitely a promising camera phone.

For daytime shots, the F11 Pro produced detailed images that are a step above its predecessor, the F9. It’s the same story in night shots thanks to the phone’s Nightscape mode.

Though in the standard shooting mode, the Dazzle Color feature is a bit hit-or-miss (at least in my tests so far); it sometimes produces great shots, but other times it puches up the vibrancy to unnatural levels.

Finally, the first few selfies I took are rather sharp and detailed. Though of course I’ll still need some more time with the phone’s cameras to come to a verdict. 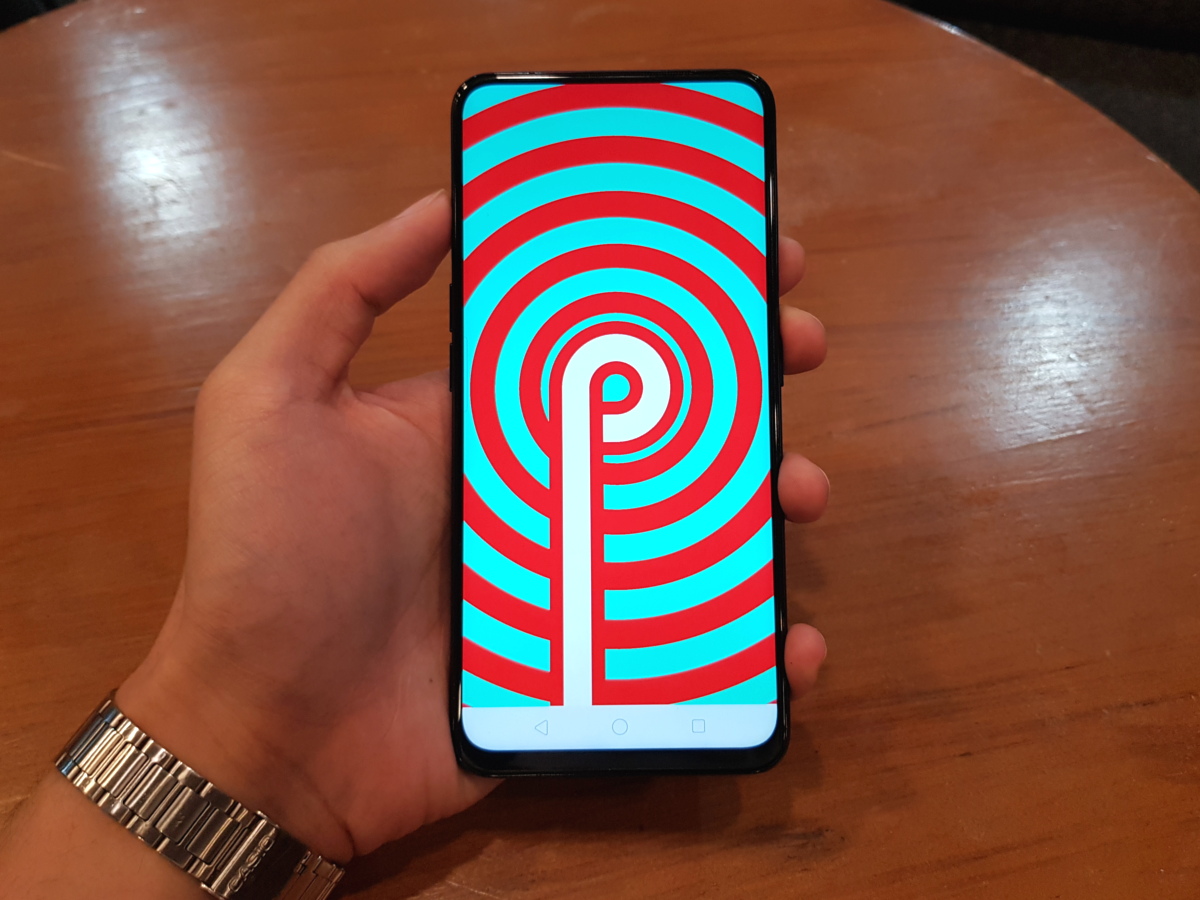 Camera performance aside, the F11 Pro should be a strong performer for day-to-day tasks and some light gaming with its Helio P70 processor and 6 GB of RAM. While I have yet to run my usual range of games on the phone, for general use it’s looking pretty good — I didn’t experience any slowdowns during my initial run with the F11 Pro. 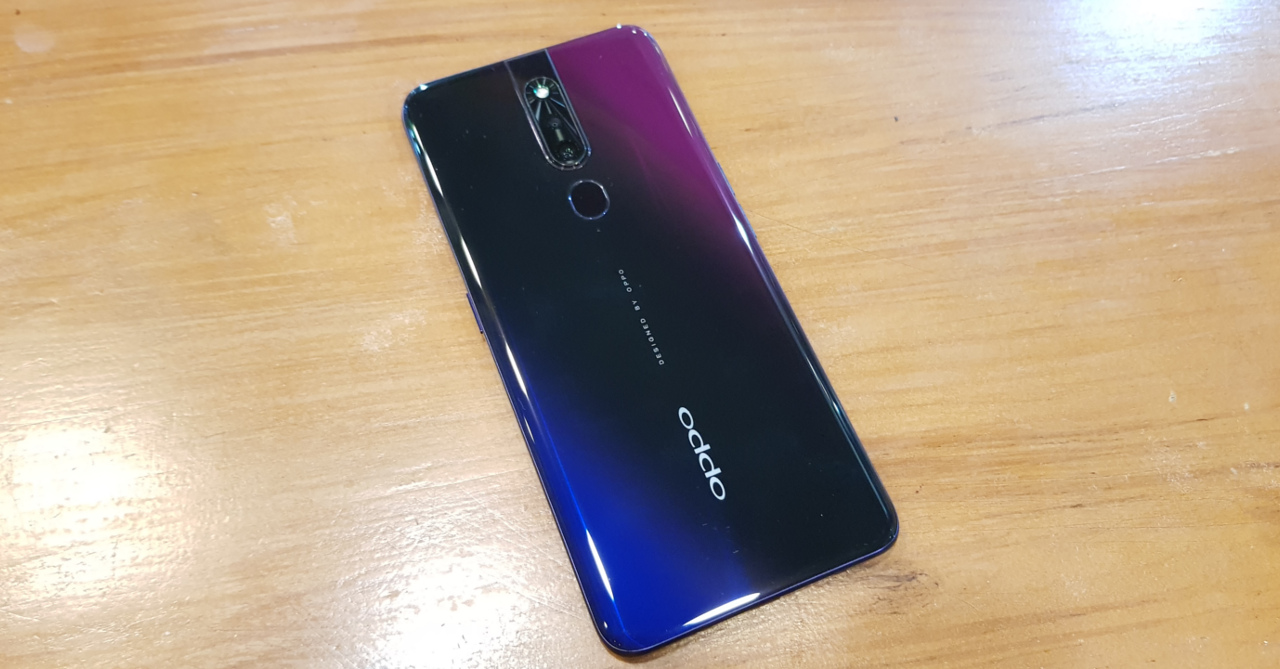 So far, I’m impressed with the F11 Pro. Thanks to its striking good looks and great camera performance (so far at least), OPPO seems to have released an F-series smartphone that’s a true step above its predecessor. Now the only question is if it’s worth its PHP 18,990 price tag. To find out, stay tuned for our full review of the OPPO F11 Pro that’s coming real soon!