Samsung's latest flagship does not disappoint! 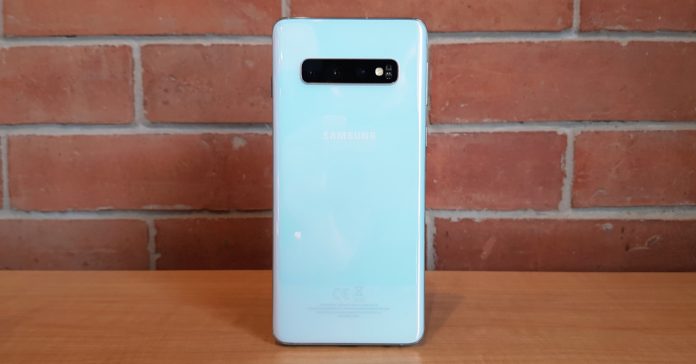 Around the time of the Samsung Galaxy S10 line’s reveal, the more wallet-friendly S10e and the top-of-the-line S10+ were the models that made waves. It makes sense for the S10e as it packs the same processor and cameras (sans the telephoto shooter) as the more expensive models, all in a smaller and cheaper package. As for the S10+, it’s still the best option for users who want all the bells and whistles he/she can have in a flagship.

All the attention on the other two doesn’t mean that the base S10 should be written-off. While it’s the middle-of-the-road option in the lineup, it’s far from a compromise as the S10 is very much a fully-featured flagship phone. 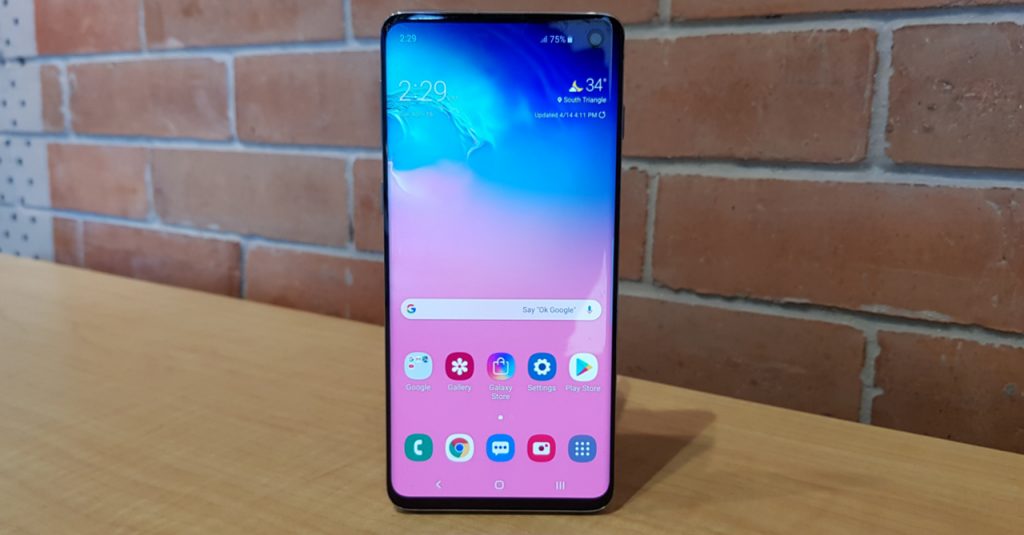 On paper, Samsung has another excellent flagship on its hands. But does it deliver in actual use? Find out here in our review of the Galaxy S10! 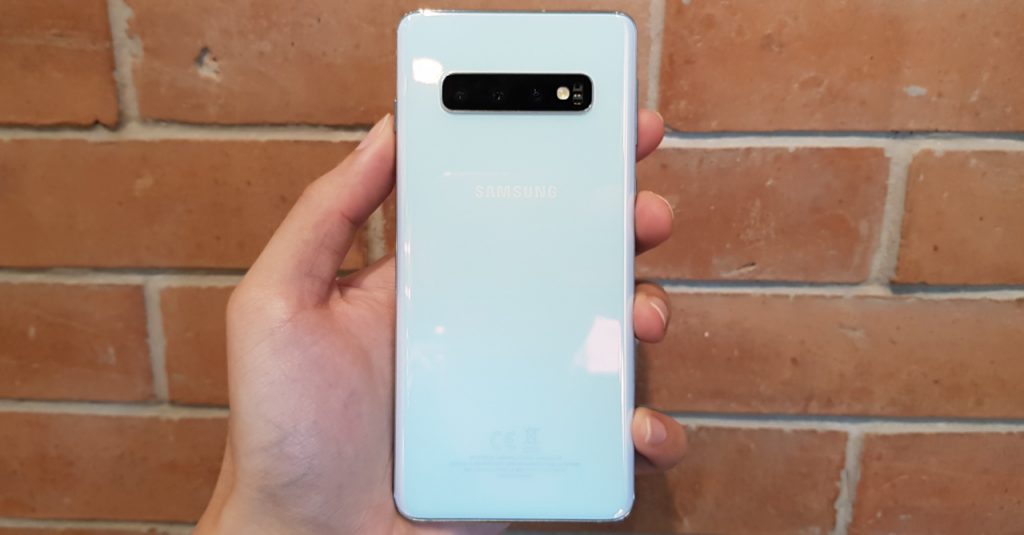 For the longest time, Samsung’s Galaxy S line has been the pinnacle of Android phone design. Other brands may have started to catch up, but for now, Samsung’s latest S phone is still king. The S10 features a glass back that may not be as loud as other phones with gradient colors, but there is an elegance to the phone’s simplicity. 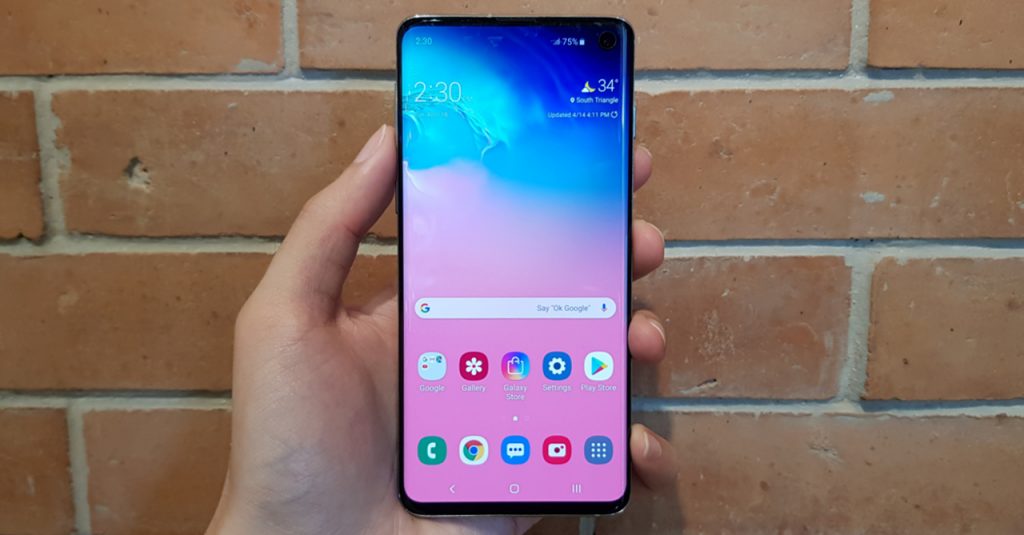 At the front, the S10 packs Samsung’s signature curved edge screen which it dubs “Infinity-O” display, the O standing for the hole punch notch. While it may seem distracting at first, I quickly got used to the hole punch; plus, it’s a trade-off I’d take as it meant the S10 has incredibly thin bezels.

The S10 not only looks great, it also feels amazing to use in-hand. Thanks to it’s smaller form-factor, the S10 is a great fit for my hand. There’s also the fact that the glass and metal construction makes the S10 feel like the most premium device I’ve held so far. 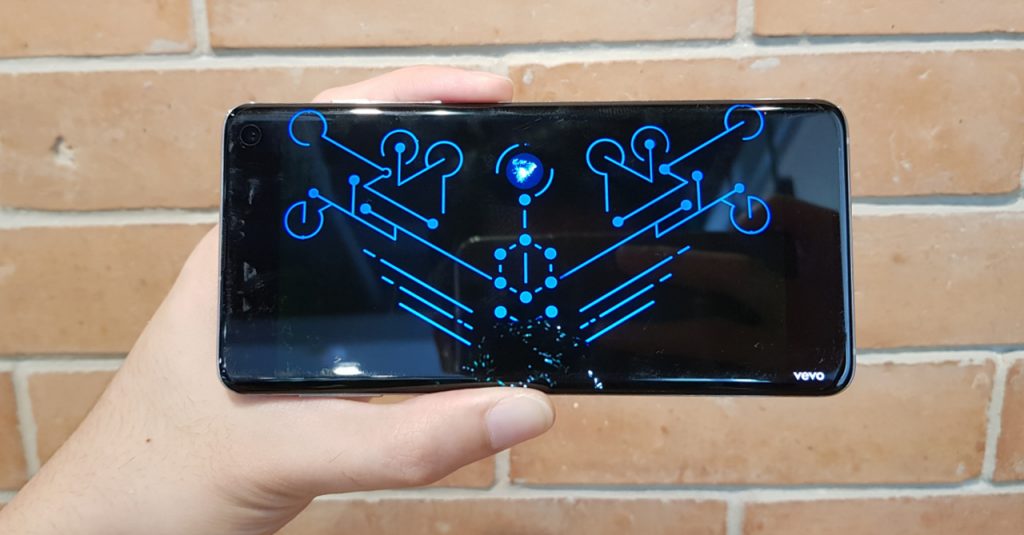 Aside from design, Samsung’s flagship S series is known for having some of the best phone displays. The S10 is no different as its 6.1-inch 1440p AMOLED display is the best I’ve seen of any Android phone. At max resolution, the S10’s screen is sharp, vibrant, and can get plenty bright. The only real drawback of the S10’s display is the hole punch which is a bit distracting if you use the whole screen when watching videos.

Complementing the display are the S10’s dual speakers. Thanks to this, the S10’s audio output is loud and clear enough for binge-watching. Though of course, I’ll still recommend using headphones for the best experience (the S10 still has a headphone jack after all). 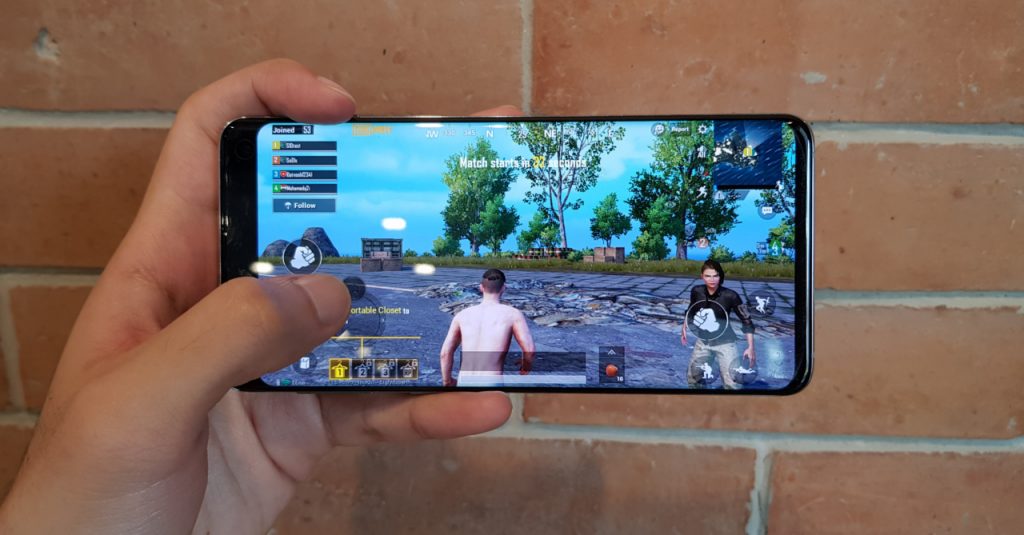 Powering the S10 is Samsung’s in-house Exynos 9820 processor, an SoC that proved to be plenty capable of running games. In my time with the S10, the phone handled every game I threw at it, even at max settings and 1440p resolution.

The only downside with gaming on the S10 is that it can get a bit hot. The heat didn’t affect performance in my experience, but some users may find it slightly uncomfortable.

For the Galaxy S10, Samsung went with a 12MP + 16MP ultra-wide + 12MP telephoto triple camera setup for the rear along with a 10MP selfie shooter. As with the previous S phones, the S10’s cameras did not disappoint.

The S10 excels in daytime as it produced detailed and vibrant images. Much like its predecessor, the S10’s shots have vivid colors that are sure to be hits on social media, though the saturation may be a bit too much for users who prefer more neutral images. In that case, turning off the phone’s Scene Optimizer (the S10’s “AI photography” function) and playing around with the pro mode should do the trick.

For nighttime photography, the S10 produces good photos even in auto mode. When the S10’s Scene Optimizer is on, the app can take a ‘Night Mode’ shot (which works similarly to the P30’s), though it’s fairly unreliable as it won’t always work when you want it to. Good thing Samsung is rolling out an update for the S10 to have a dedicated Night Mode.

Similar to the main 12MP shooter, the 16MP ultra wide angle camera produces detailed images with vibrant colors. There is a bit of distortion (or “fish-eye” effect) along the sides of images though. Still, it’s a perfectly good ultra wide angle shooter, provided there’s an ample amount of light of course.

Moving on to the telephoto camera, the S10’s 12MP 2x shooter takes shots that are just as good as the main camera for outdoor photography. In bright conditions, even doing a 5x digital zoom produces a good enough photo. The S10’s telephoto shooter doesn’t perform as well in low light conditions though. 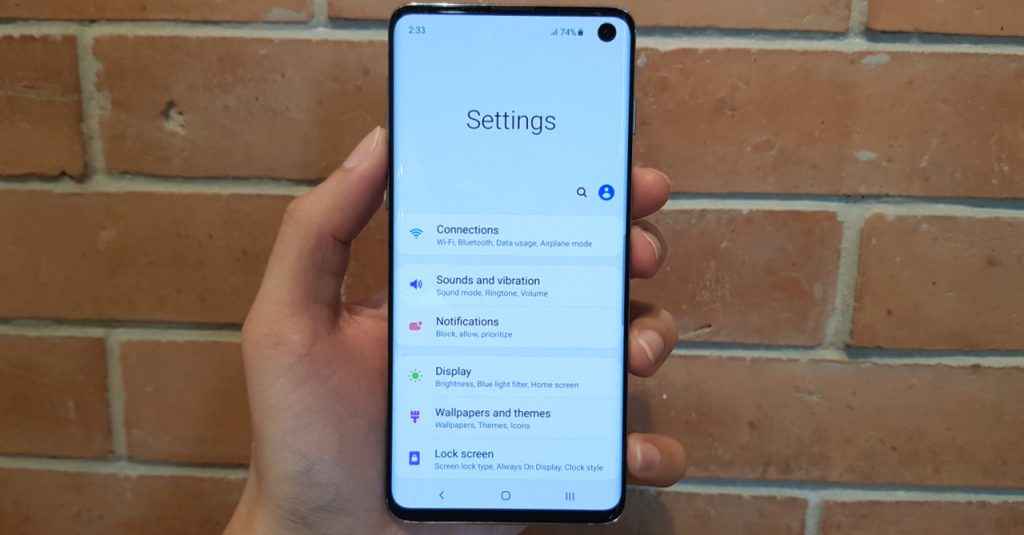 With its Exynos 9820 processor, day-to-day use is a dream on the S10. The phone didn’t slow down at all during my time with it on social media and productivity apps.  I also found the S10’s One UI to be a great interface for general use, even if I’m more of a stock Android fan. 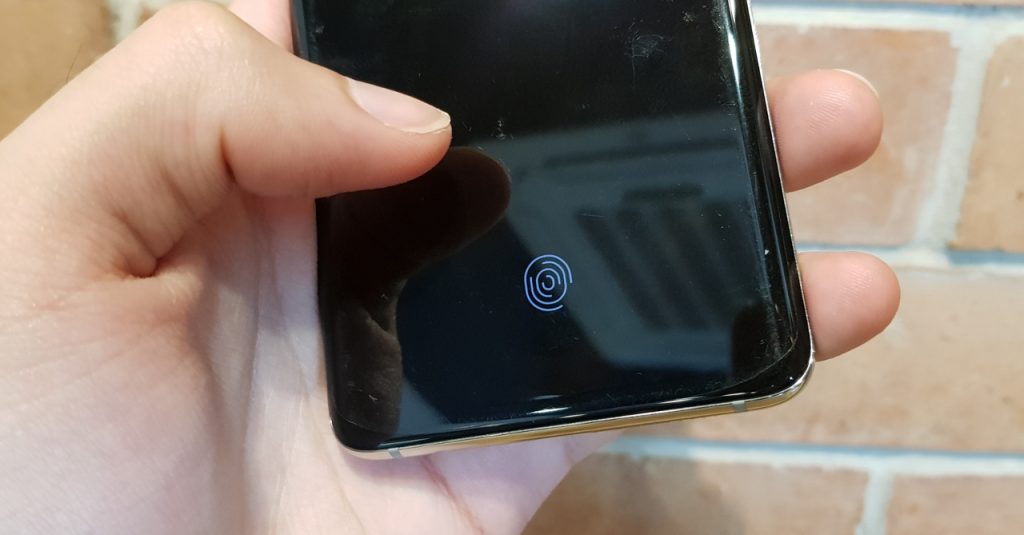 Another thing that could’ve been improved with the S10 is battery life. In my time with the phone, I usually got around a day of use on a single charge. Not too bad, but it would’ve been better for a flagship of this caliber to at least last for more than a day when not used heavily. Of course, your mileage may vary. 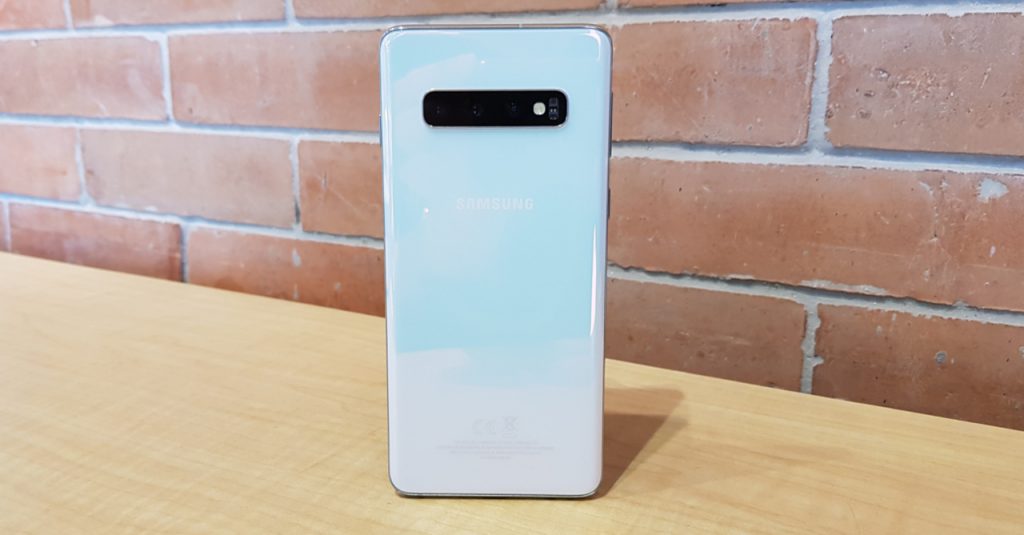 If you’re on the lookout for a premium smartphone with the best display on the market, look no further than the Galaxy S10. Once again, Samsung’s latest S series phone packs a gorgeous AMOLED display along with a premium design that both looks and feels great. What’s even better is that the phone’s triple camera setup is an impressive shooter, plus it’s Exynos processor is plenty capable for gaming and day-to-day use.

There are a bit of issues with the phone such as a so-so fingerprint sensor and average battery life; the S10 also runs a bit hot when playing some games. While these aren’t deal breakers, these are valid points to consider, especially with the S10’s price tag.

Overall though, the S10 is an excellent flagship. Even with a couple of drawbacks, the S10’s list of features are hard to match.

Previous articleThe first trailer for Violet Evergarden: The Movie is here!
Next articleA Bloodborne Board Game is in the works

Geek Lifestyle Review: Samsung Galaxy S10The Samsung Galaxy S10 has the best design and display of any flagship smartphone of this year so far. It also packs a triple-camera setup that's plenty capable of shooting great images, plus it packs a powerful processor. While it's nearly a perfect phone, the average battery life and so-so fingerprint sensor holds it back slightly.