They're hella expensive though! 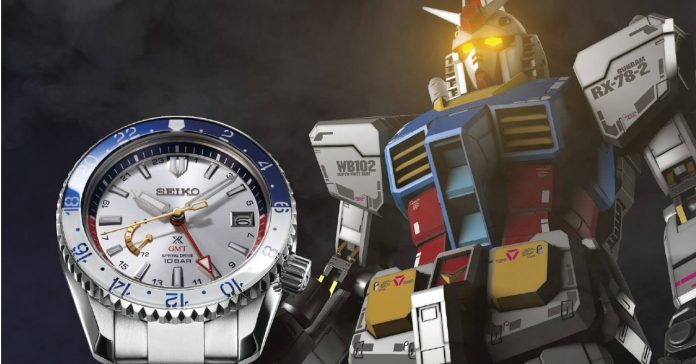 Are the Gundam G-Shock and Uniqlo UTs not enough for you? Seiko recently announced that it is also celebrating the 40th Anniversary of Gundam a special line of Gundam-themed Prospex watches based on the series’ three most-popular mobile suits — the RX-78-2 Gundam, MS-06 Zaku II, and MS-06S Zaku II Char Custom.

Unlike the Gundam G-Shock watches, the Seiko Prospex watches will be produced in very limited quantities, and will have wallet-busting prices.

The first watch in Seiko’s Gundam lineup is a Prospex LX based on the RX-78-2 Gundam. It comes with a silver exterior with blue, white, and red accents.

The next watch is a Prospex based on the MS-06S Zaku II Char Custom, and it comes in a red-and-black colorway.

The last watch in the collection is the MS-06 Zaku II Prospex watch. It’s the exact same model as the Char Custom watch, but this one comes in a green colorway.

Story and images via Crunchyroll.