Meet the ASUS Prime Utopia: The Motherboard of the Future

We can't wait for this concept to become an actual production motherboard! 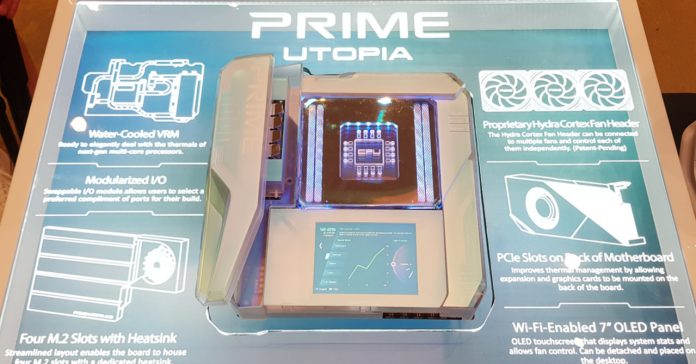 Aside from revealing a special edition Prime X299 motherboard to celebrate its 30th anniversary, ASUS also revealed another motherboard at Computex 2019, but it’s something wildly different and much crazier.

The Prime Utopia is a prototype motherboard that showcases ASUS’ vision for the future of high-end PCs. The most striking thing about the Prime Utopia is it’s design; it looks straight of a sci-fi film! Though the design isn’t just to catch everyone’s attention though, it’s also engineered for optimal cooling as it comes equipped with integrated water cooling and the proprietary Hydra Cortex fan header.

Another way that the Prime Utopia improves upon standard motherboard design is by placing the PCIe slots at the back. This doesn’t only improve thermal management, it also frees up the front of the motherboard for more expansion cards and/or M.2 drives. The free space also means that the Prime Utopia is equipped with a Wi-Fi-enabled 7-inch full-color OLED panel with touch-controls which can be used to modify BIOS settings, control fan speeds, monitor system stats, and more. 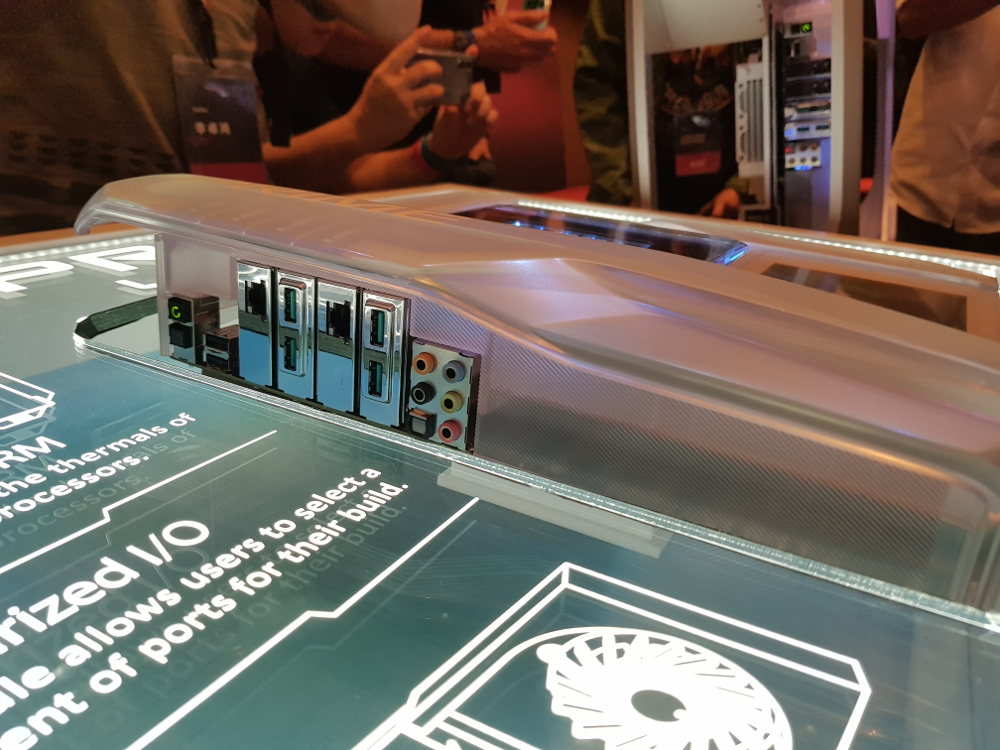 Another interesting feature of the Prime Utopia is that it has modular I/O ports. This means that users will have a selection of modules so that users can choose their preferred combination of ports. 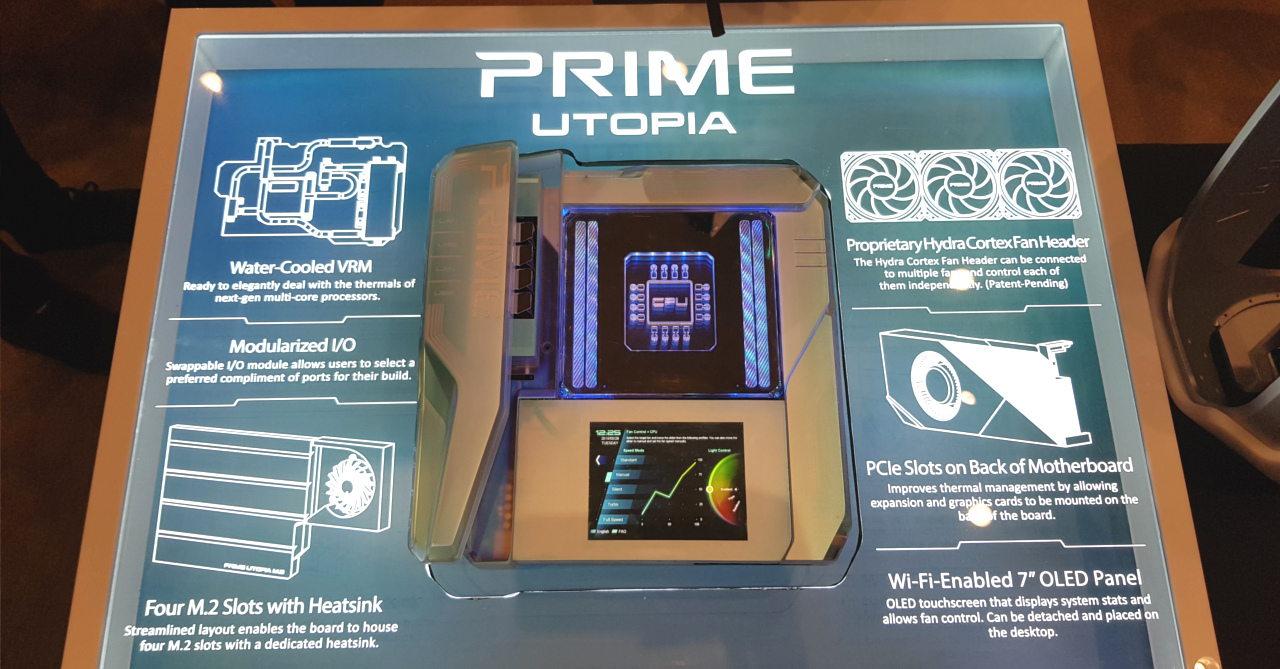 As the ASUS Prime Utopia is just a prototype, there’s no word yet on whether or not ASUS will actually manufacture it. If it does become an actual production motherboard, expect it to cost a pretty penny. For us, we hope that some of the features showcased in the Prime Utopia can make their way to ASUS motherboards soon.