PC Gamers will have a field day with ASUS' new gaming devices! 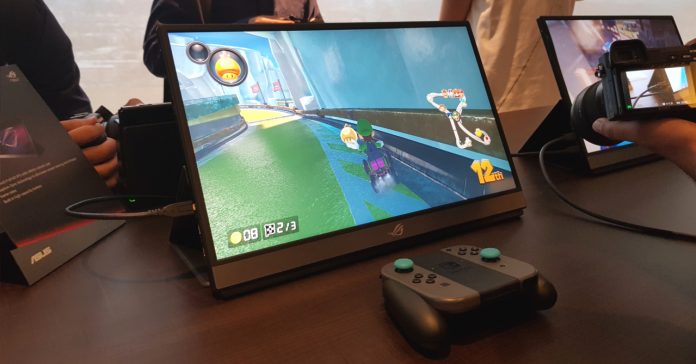 Aside from revealing new laptops with dual displays, ASUS also unveiled a couple of new Republic of Gamers (ROG) and TUF Gaming devices. If ASUS ROG’s biggest reveal during last year’s Computex was the ROG Phone, this year, they have the crazy ROG STRIX XG17. 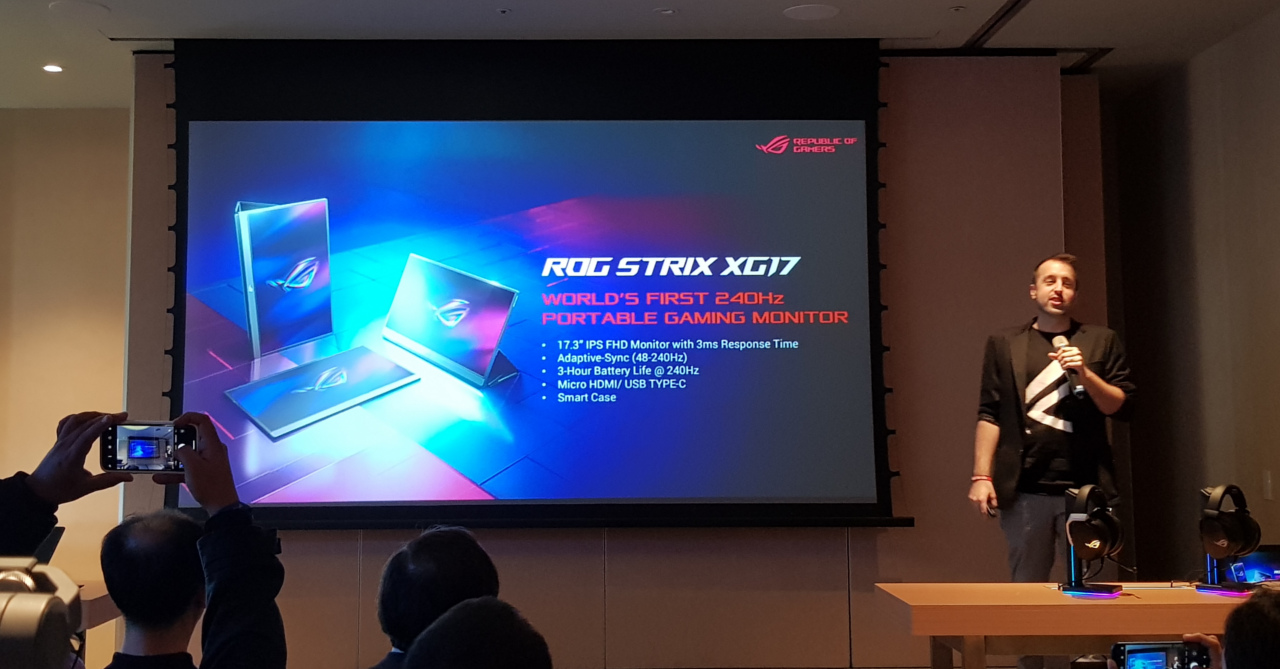 The ROG STRIX XG17 is a portable gaming monitor, and it’s the world’s first device of its kind with a 240Hz refresh rate. Yup, 240HZ, on a display that you can take anywhere! As a portable monitor, the display has a size of 17.3 inches, around the same screen size as most large gaming laptops.

Given its insanely fast refresh rate, the XG17 has a battery life of around 3 hours at 240Hz, so it won’t replace your gaming laptop display anytime soon. What we think it can be good for though is LAN parties on PC or consoles.

Another new reveal from ASUS ROG is the Glacier Blue colorway of select ROG laptops such as the ROG STRIX SCAR/HERO, as well as the Zephyrus. The Glacier Blue color is a nice change from the standard black color of most gaming laptops, and we can’t wait for these variants to release.

One laptop that won’t see a release anytime soon though is the ASUS ROG Face Off, created through a partnership with Designworks (a BMW Group company). The Face Off is concept model that imagines the future of gaming laptops that’s partly-inspired by the BMW Motorrad VISION NEXT 100 motorcycle concept. 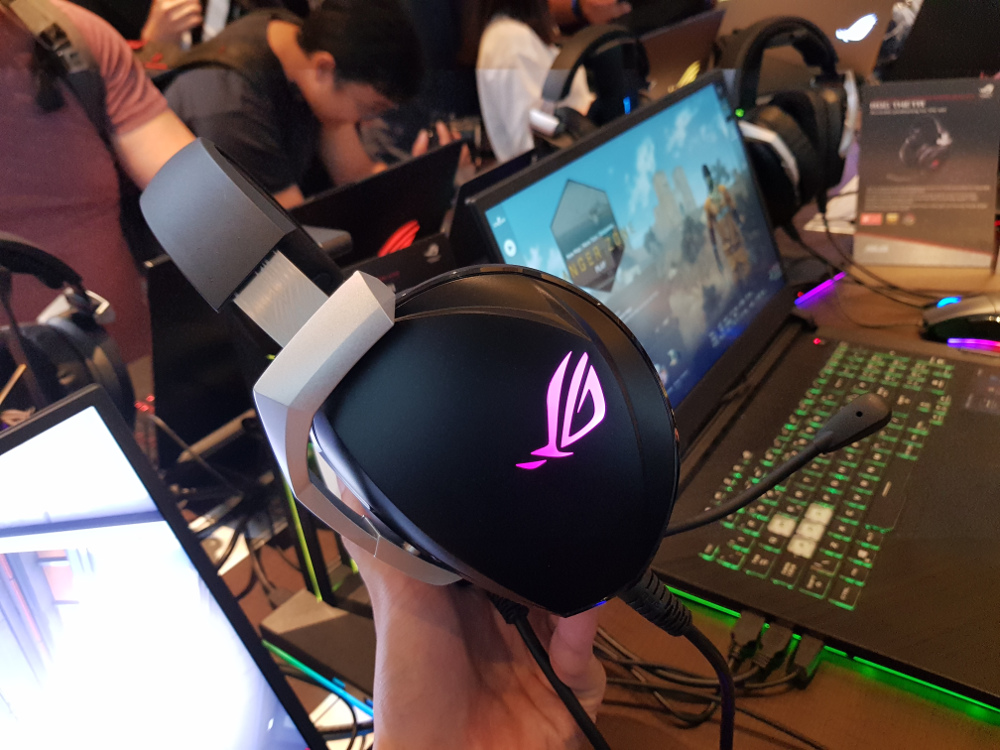 Moving on to peripherals, ASUS also unveiled two new headsets: the ROG Theta and the ROG Theta Electret. The Theta is the next ROG top-of-the-line gaming headset, and it features 8 “Large Essence” drivers with Virtual Bass for 7.1 surround sound audio. The Theta also has an Ai-powered noise-cancelling mic, a home-theater grade DAC, and USB Type-C connectivity. 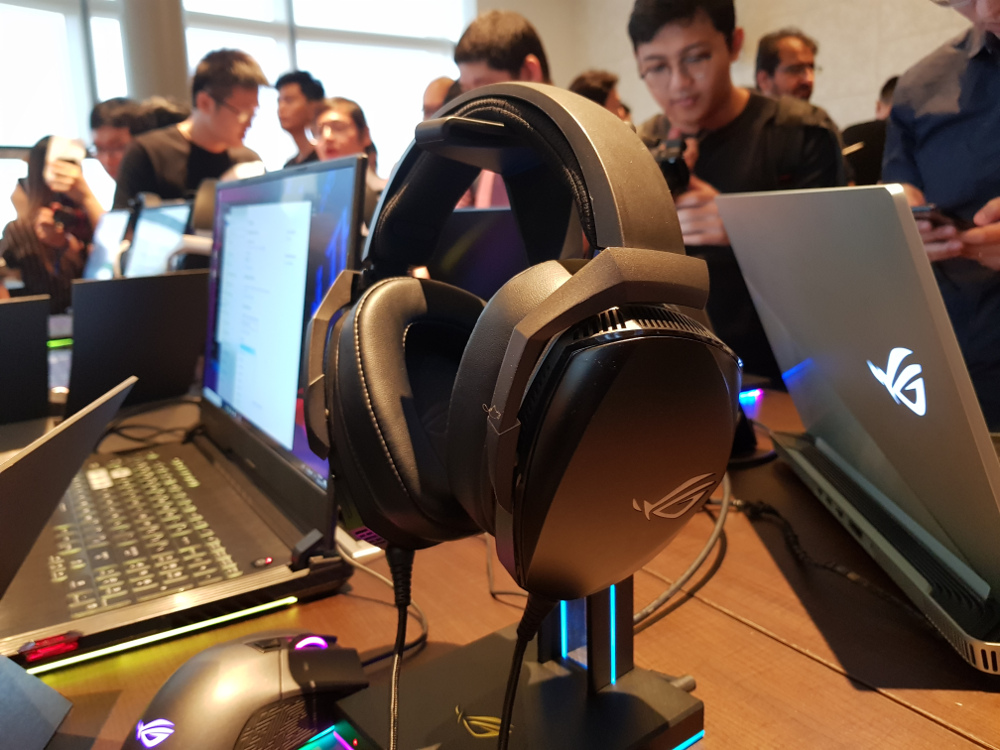 The ROG Theta Electret meanwhile, is an analog (3.5mm jack) gaming headset that’s designed both for gaming and for audiophiles. Unlike the Theta, the Theta Electret has two drivers on each earcup, one of which is an electret (similar to an electrostatic driver) and the other being a dynamic driver.

What this combo means is that the Theta Electret has a sound signature that’s clear, detailed, and lacks distortion thanks to the electret driver, all without sacrificing bass courtesy of the dynamic driver. Basically, it should be an audiophile-approved gaming headset; personally, I got to try it and I loved it! 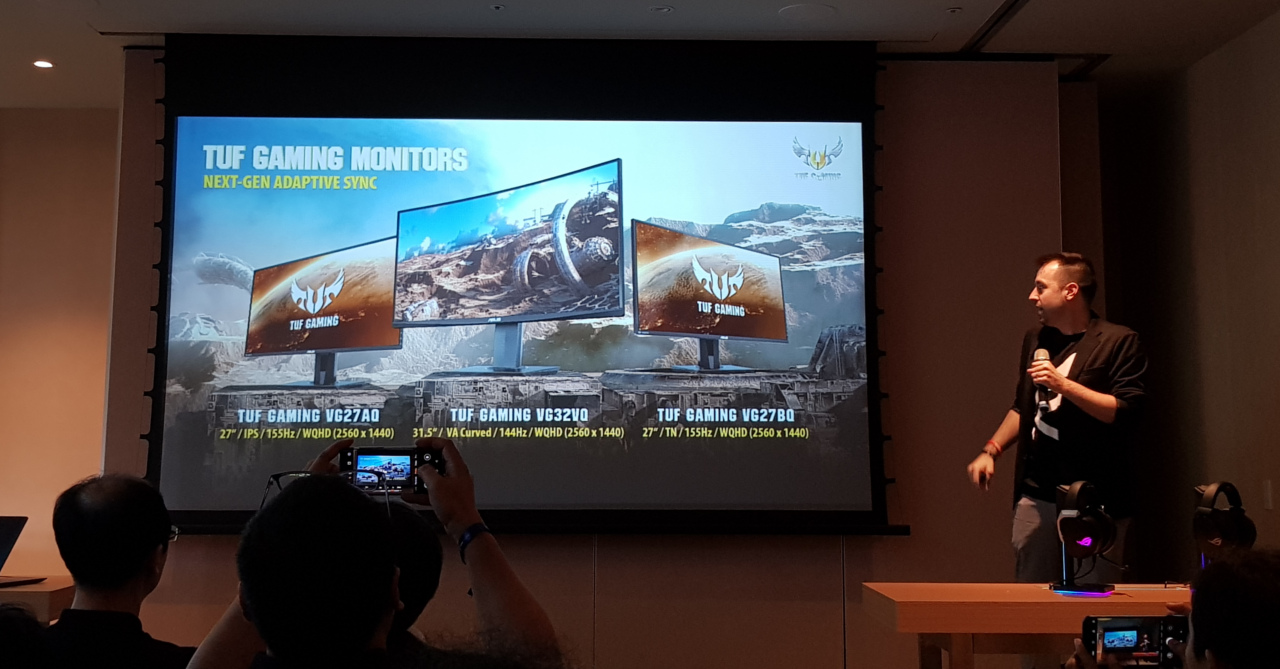 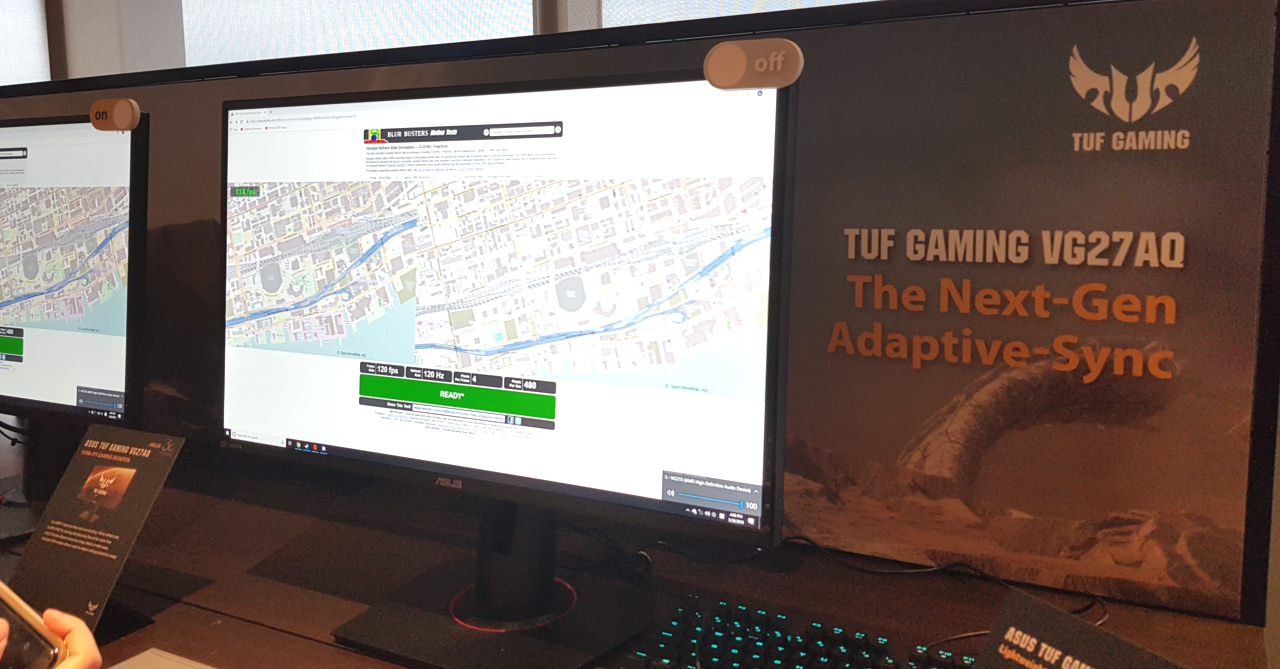 All three monitors are the first ASUS displays to feature ELMB-SYNC. What it does is it syncs the monitor’s strobing with each screen refresh; this results in butter smooth gameplay with even less motion blur. 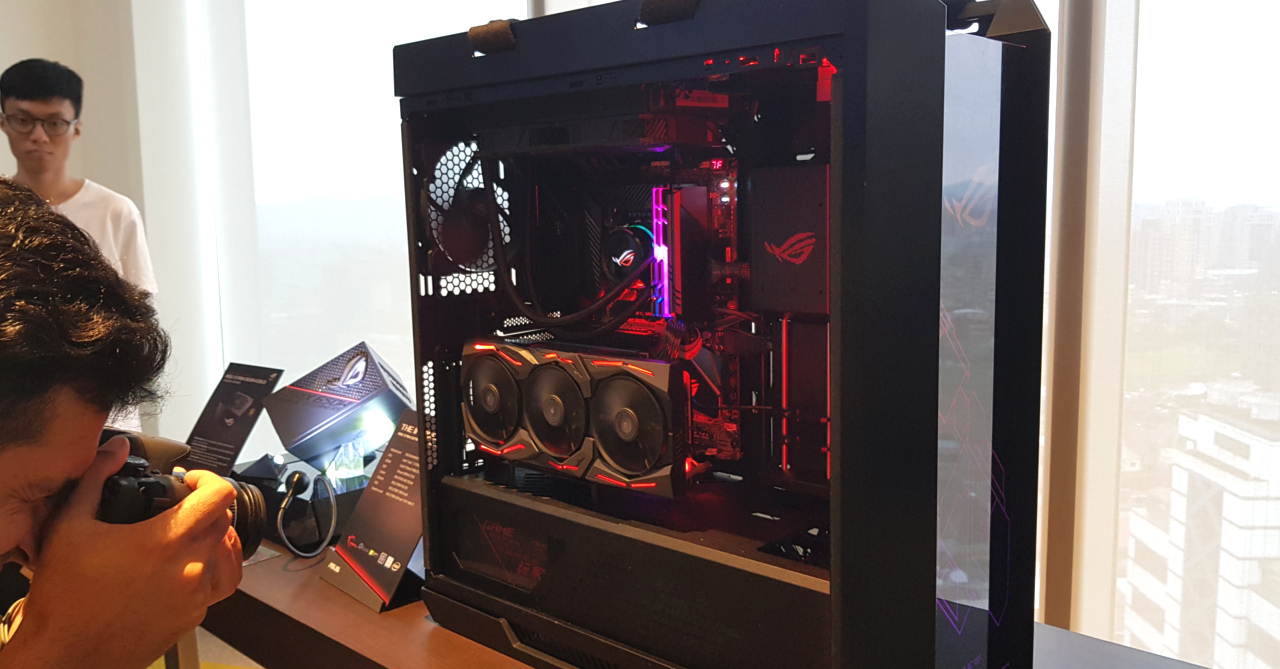 For PC gamers looking to build or upgrade their existing rigs, ASUS has the ROG Strix 750W and the 650W Gold power supply, as well as the ROG Strix LC 120/240/360 RGB Liquid Coolers. 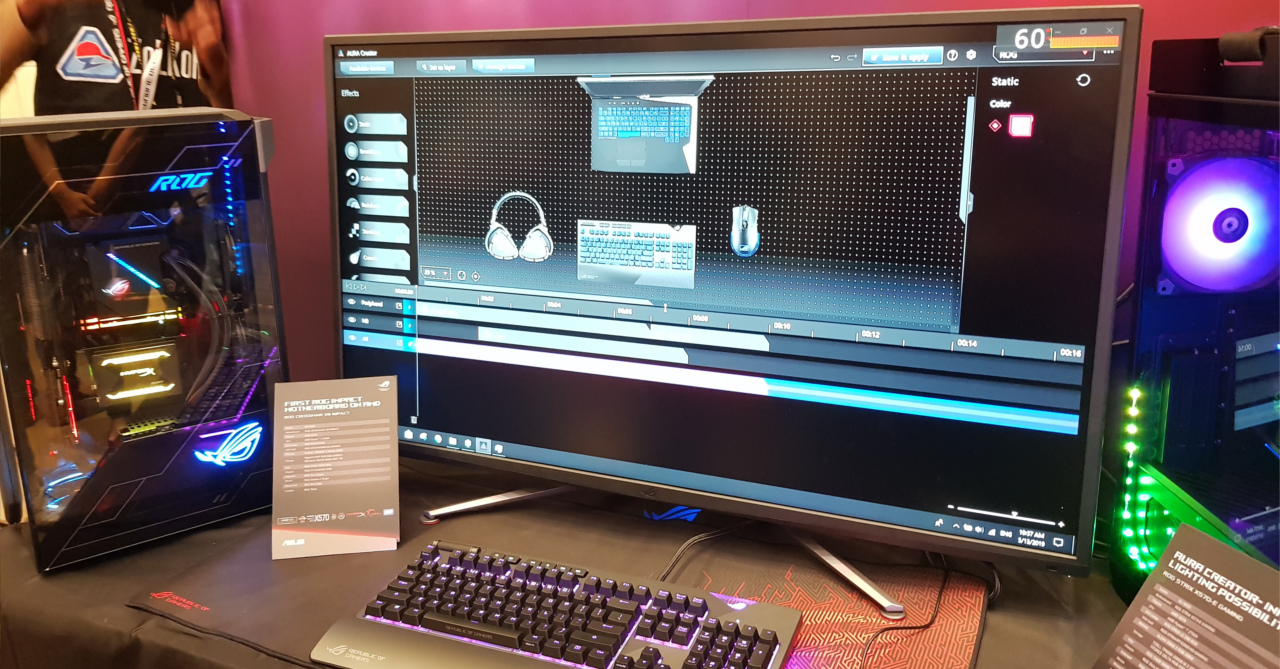 Pricing and availability of these new ASUS ROG and TUF Gaming devices will be announced soon.