The Ultimate Gaming Phone? Unboxing and First Impressions of the ROG Phone

The ROG Phone is truly a top competitor in the gaming smartphone market! 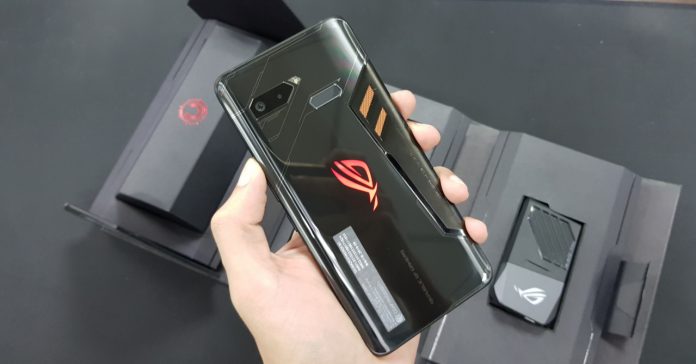 Ever since it we got to try it back in Computex 2018, we couldn’t wait to get our hands on the ROG Phone again. When October rolled around, we found out that ASUS ROG will launch the phone in the Philippines at ESGS 2018, and the news got us excited!

Sensing our excitement, ASUS gladly let us unbox and try out the ROG Phone ahead of its launch this weekend. So with trembling hands (from both the excitement and the fear of accidentally dropping the device) we opened up ASUS’ first-ever ROG-brand smartphone! 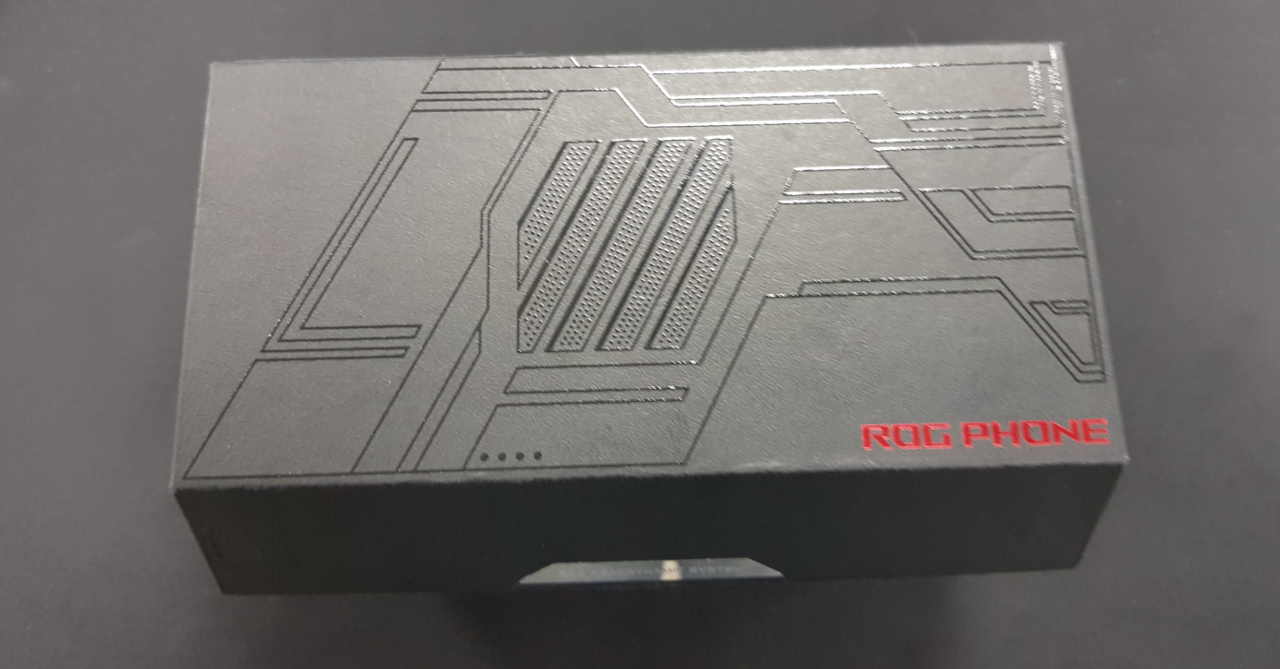 Before we show you what’s inside, here’es a quick look at the phone’s box. It looks like your typical smartphone box from this angle…

But it’s actually far from ordinary! Not only does the box have awesome ROG-style details all over, it’s even shaped hexagonally. Sure it might not be the most practical, but it looks hella cool! 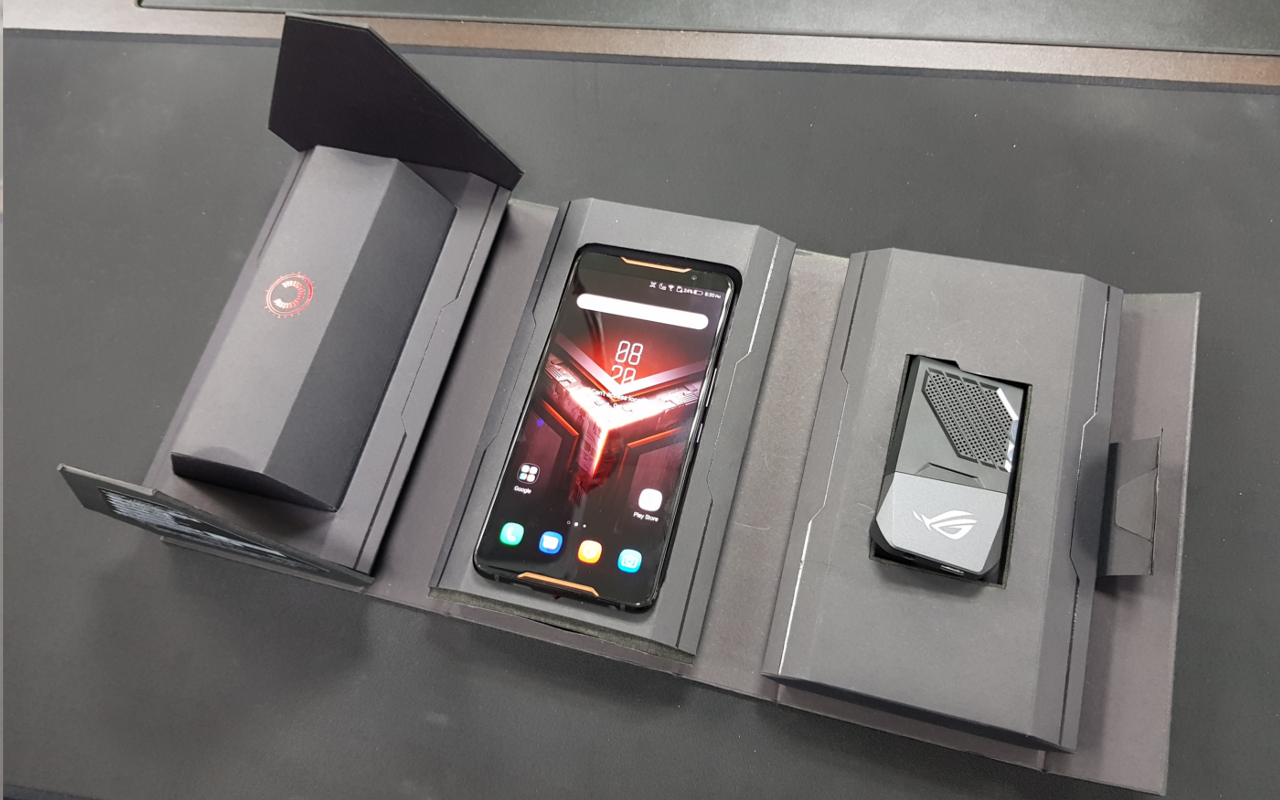 After some fiddling around, we finally managed to open the box! Inside you have the ROG Phone itself, an Aeroactive Cooler, and other acessories (cables, headsets, etc.). 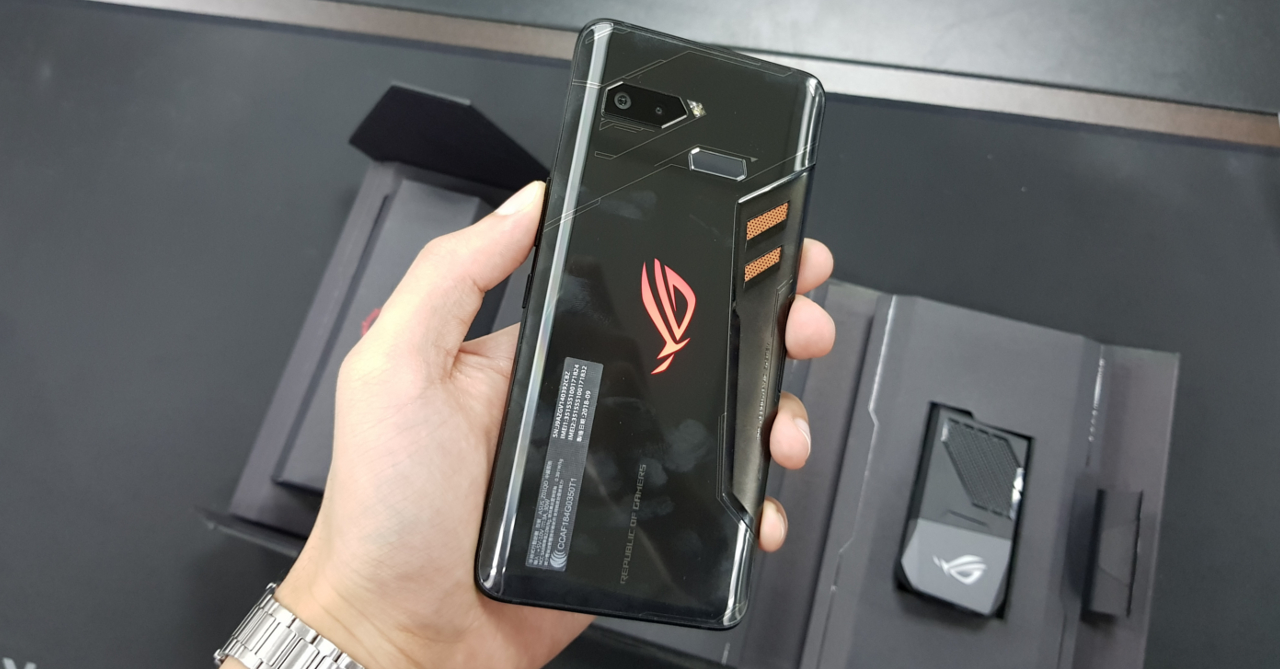 Now here’s the ROG Phone in all its glory! It’s definitely one eye-catching smartphone thanks to the big ROG logo at the back (that has RGB lighting mind you), as well as design elements that seem lifted straight out off ROG laptops. Though it is quite a fingerprint magnet given its glass back (but what phone doesn’t have a glass back nowadays right). 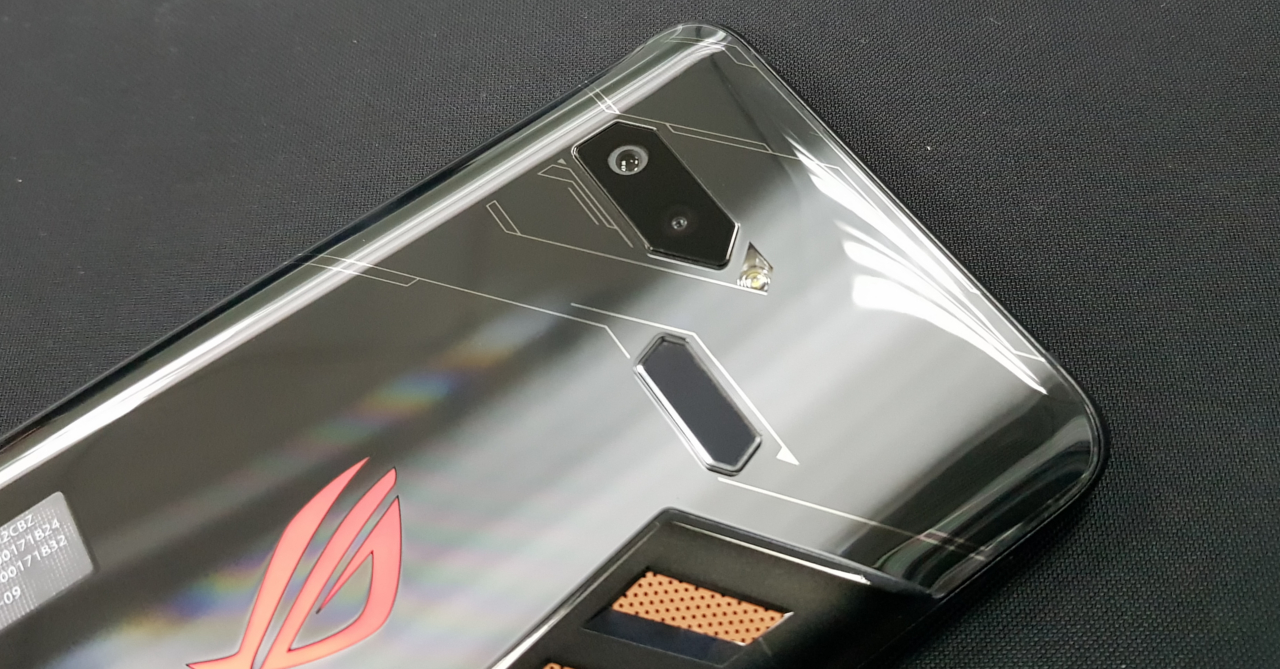 Taking a closer look at the ROG Phone’s back, you’ll notice that it has a dual-camera setup. The camera are a 12 MP + 8 MP setup, which is probably the same setup as the ASUS ZenFone 5Z. If that’s the case, the ROG Phone should perform just as well as the 5Z when it comes to shooting photos.

Just below the cameras is the fingerprint scanner. It might have an unusual orientation, but it should still work just as well as any smartphone fingerprints sensor (in our quick test at least). 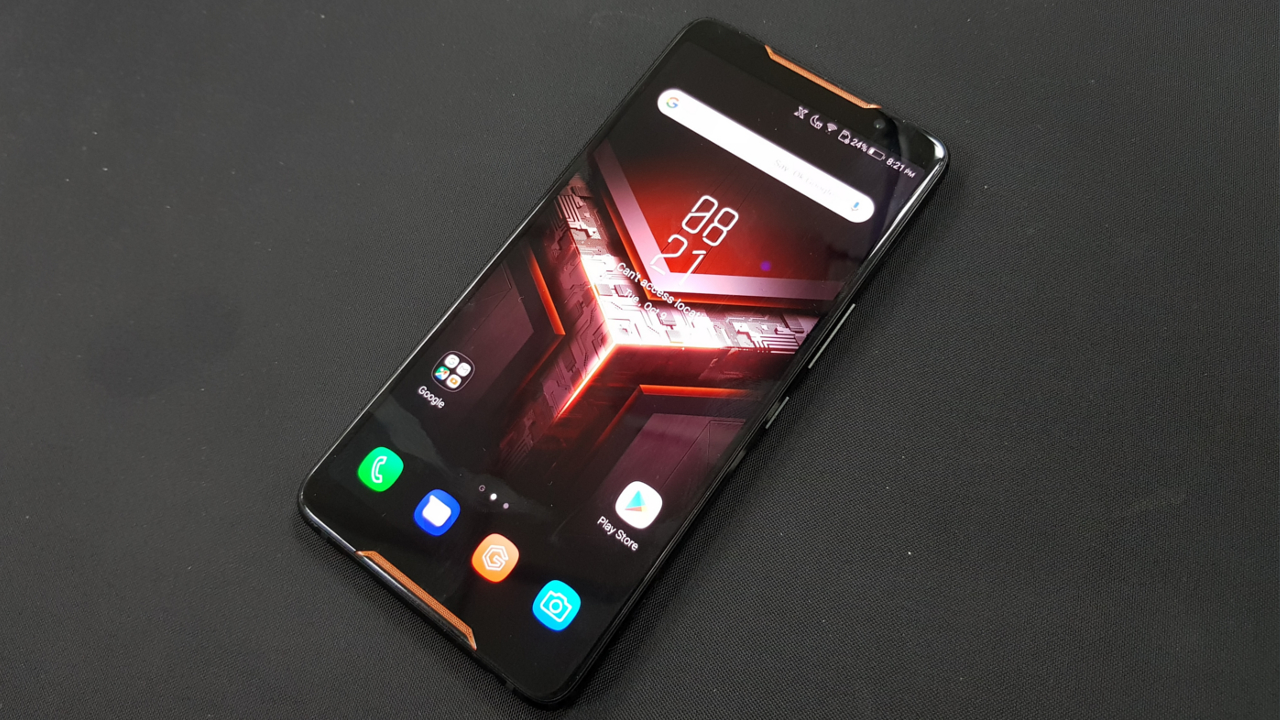 Now here’s a look at the ROG Phone from the front. While not as loud design-wise as the back side, the front does have speaker grilles with signature ROG copper colors. 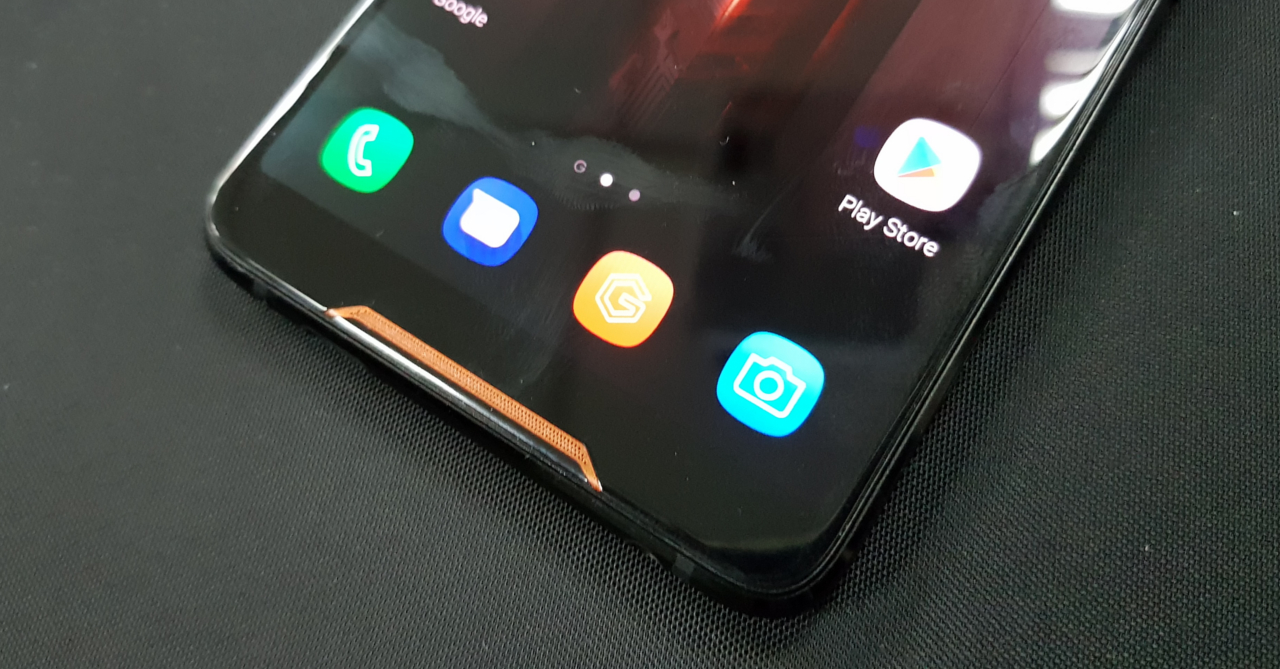 Upon closer inspection, you’ll notice that the phone isn’t quite as bezel-less as other flagship smartphone released this year. Sure, there’s a bit of a forhead and a chin, but we believe this is a good thing! Not only do the small bezels give you a place to rest your fingers when gaming, it also means that the ROG phone has no notch in sight! 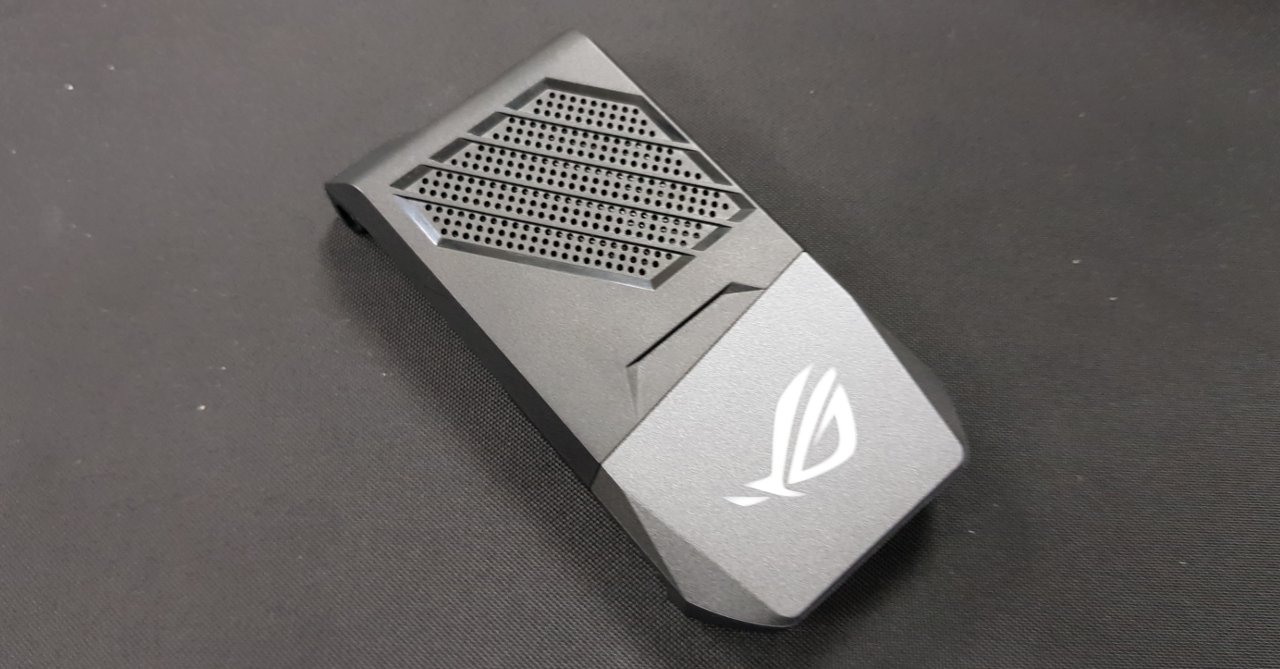 Moving away from the phone for a bit, here’s the Aeroactive Cooler that’s bundled with the ROG Phone. As you may have guessed from its name, this little device gives the phone some extra cooling so users can game longer. It also provides an extra 3.5 mm headphone jack, meaning your headphones’ cable won’t get in the way of your hand when playing. 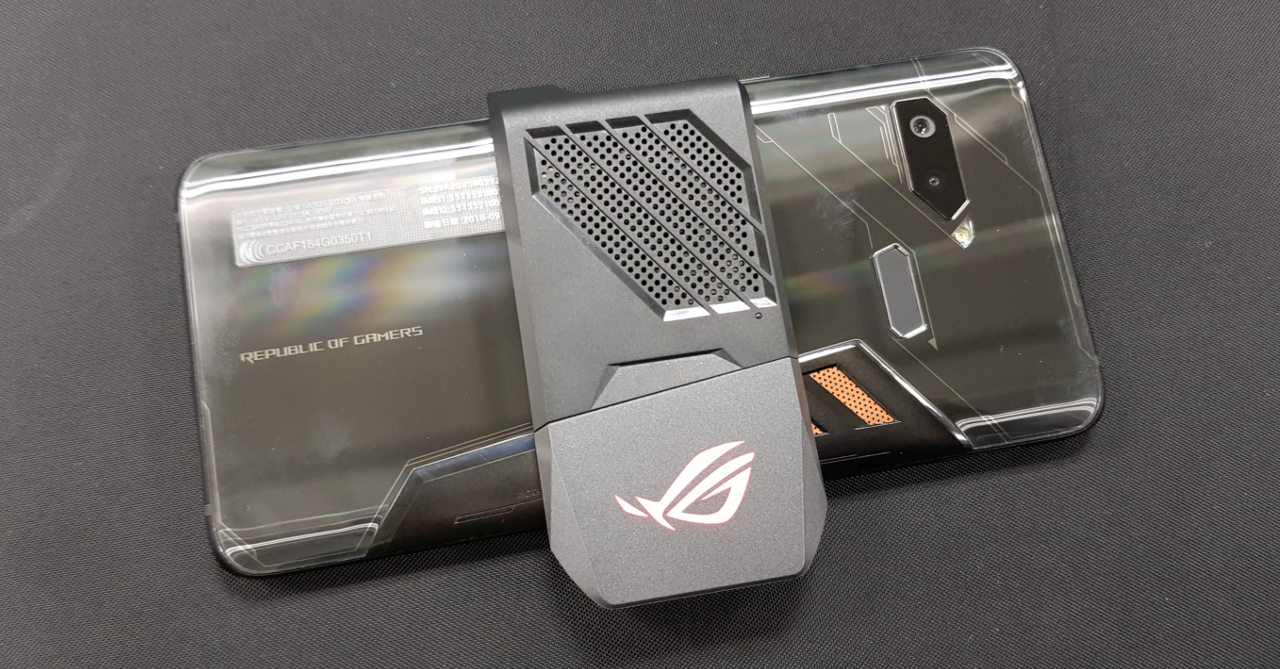 One thing we also found out about the Aeroactive Cooler that it also directs air through your hands! Whether this was an intended feature or not, this is great news for gamers with sweaty palms (such as myself); not only will it keep your phone cool, your hands will be dry as well! 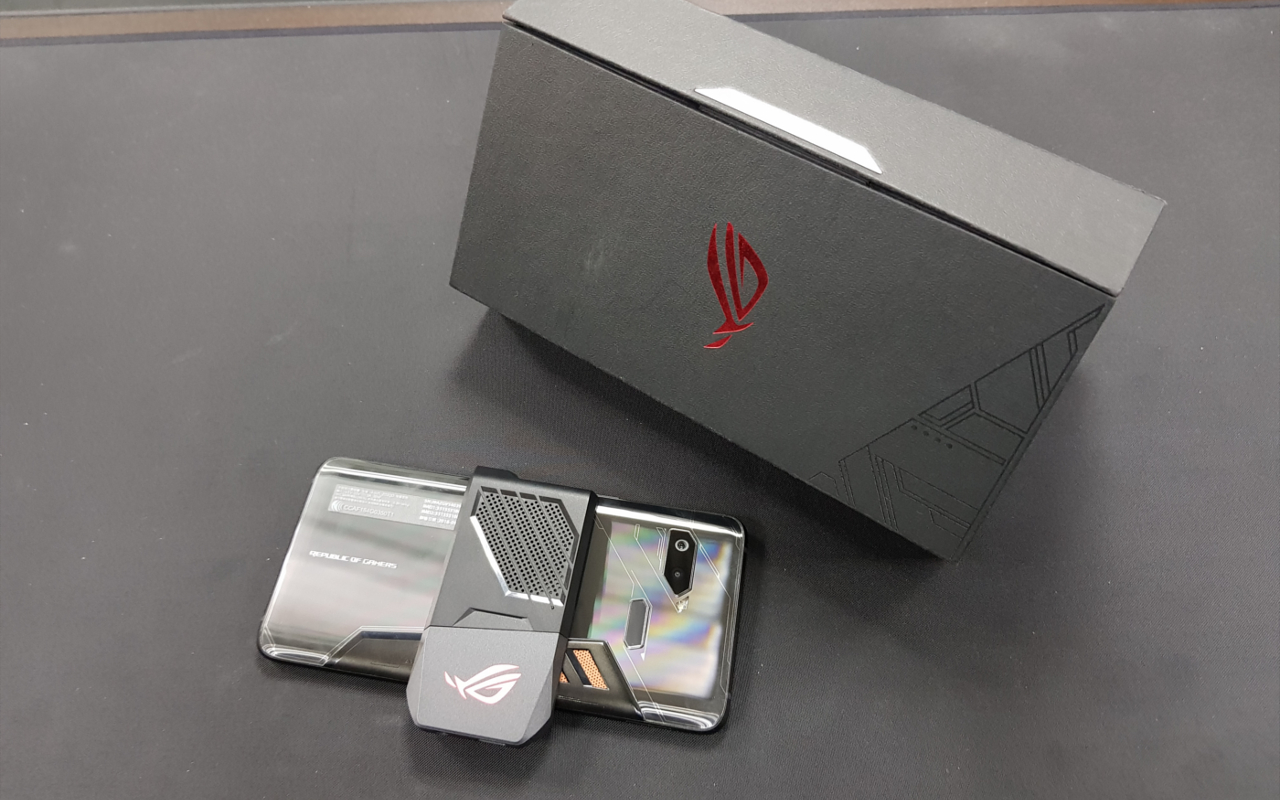 After unboxing the phone, we got to test the phone out some more before (reluctantly) returning the device to ASUS. In our quick test run with the phone, we found it excellent for gaming! Not only did it run all the games without a hitch, it never warmed up at all in our quick test. Plus, it feels great in the hand when playing; we imagine that we won’t get tired from holding this device even in marathon gaming sessions. 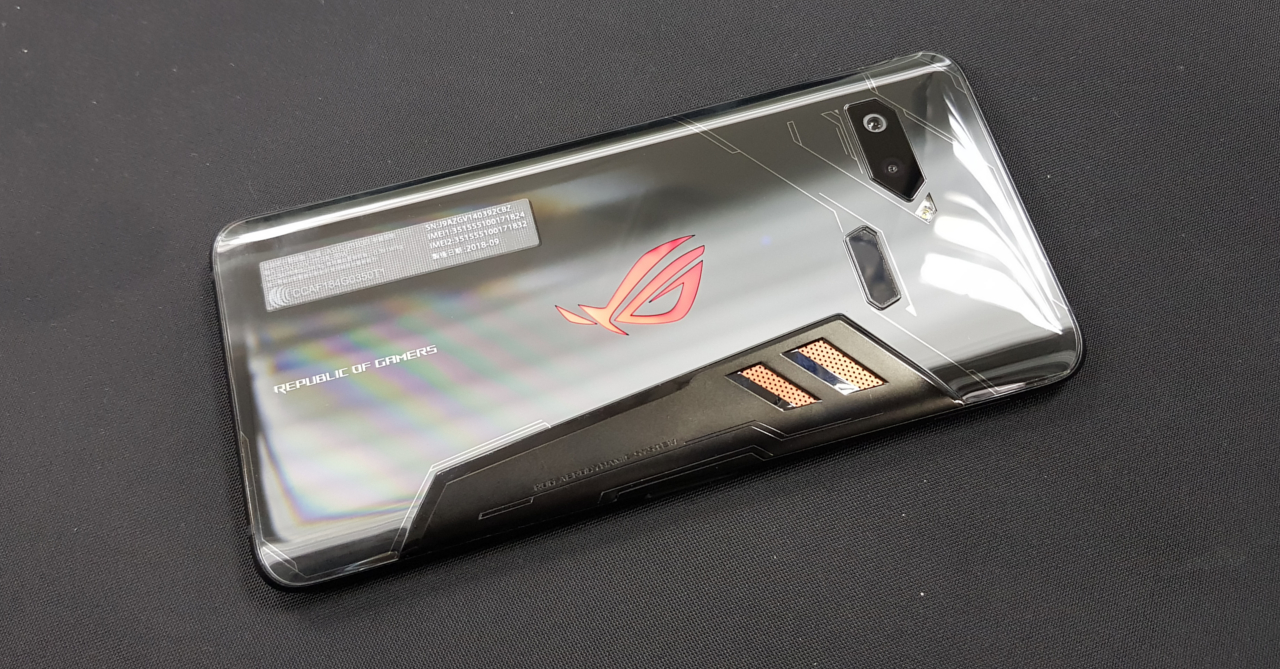 During our quick test of the ROG Phone, we only got to play a couple of games on it; we weren’t able to try out its other features such as the dual camera setup or its video quality for binge-watching. One thing’s for sure though, this is one mean gaming machine! After trying it out, we’re even more excited to play with it some more for our full review.

Also excited for the ROG Phone? Better go to ESGS 2018 this weekend as the ROG Phone launches on the last day of the convention! Now if you’re looking for more ROG Phone info, check out our hands-on of the device at Computex 2018.

- Advertisement -
Previous article
SOLID! Here’s all the Kojima Productions merch you can buy at ESGS 2018!
Next article
Now this is Gaming HEAVEN! | ESGS 2018 Event Walkthrough