The quad camera delivers on its hype! 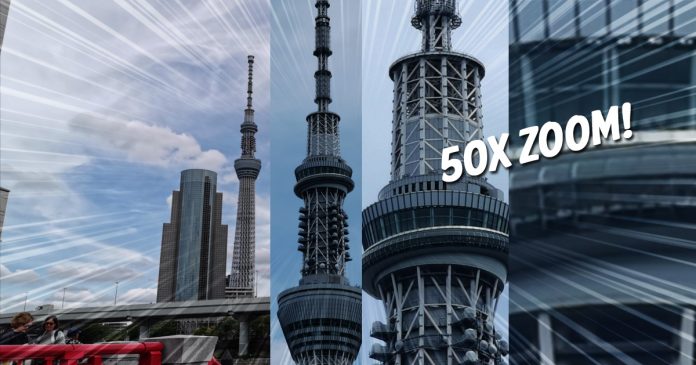 Last month, I reviewed the base Huawei P30, and I was definitely impressed by it. Not only is it a clear step up from last year’s base P20 design and specs-wise, it also packs a fantastic Leica triple camera. While the P30’s camera is already impressive, the larger P30 Pro promises to be even better! 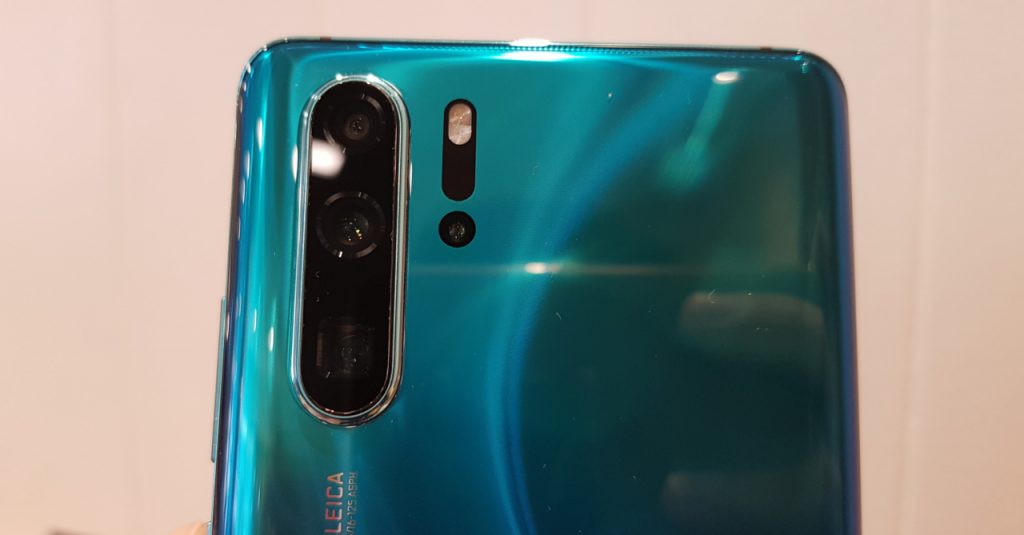 The P30 Pro isn’t just a bigger version of the standard P30 though, it also features a quad camera setup that includes a 40MP main shooter, a 20MP ultra wide angle lens, an 8MP telephoto camera with 5x optical zoom, and a ToF sensor. The P30 Pro’s quad camera is not just great on paper, it has also received rave reviews from mobile critics and fans alike; it even spawned plenty of memes. 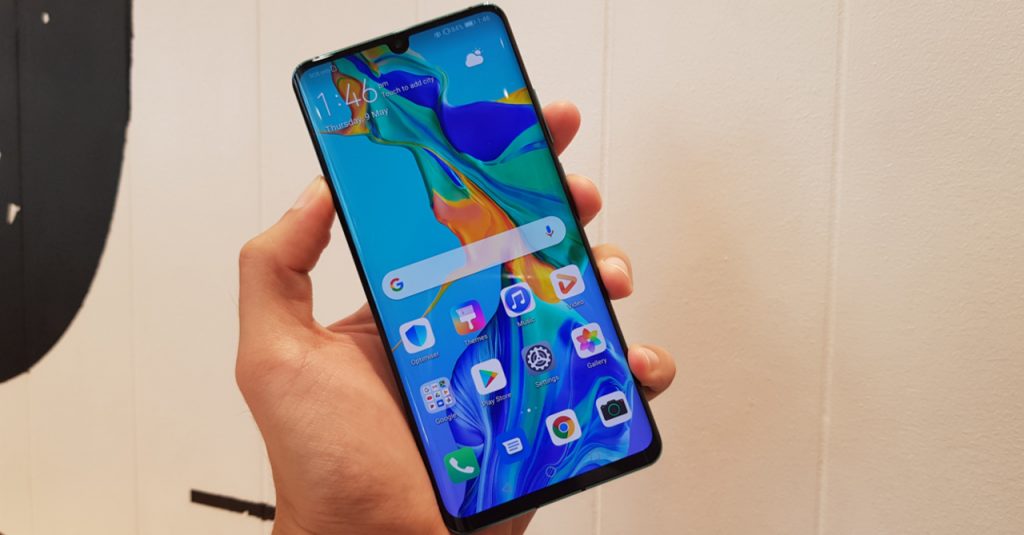 With how well the P30 Pro has been received, I became even more excited to try out the phone. Luckily, Huawei lent us a P30 Pro unit just in time for my vacation to Tokyo last week. As I always take lots of photos when I go on vacation, last week’s trip proved to be the perfect testing ground for the phone’s photography capabilities.

Thanks to the 40MP main shooter, the P30 Pro took amazing daytime shots. The photos above were taken in clear and/or cloudy conditions, and they’re all incredibly detailed. The P30 Pro’s photos also have fairly natural colors, even with the AI camera feature turned on. No need to turn off the AI unlike with other AI-enabled phones which tend to produce overly vibrant shots.

At night, the P30 Pro once again does not disappoint. If you want a more vibrant night shot, the P30 Pro’s Night Mode is a great feature to use. Though even without Night Mode, the P30 Pro takes sharp night images with good colors when the 40MP main camera is used. This is great if your subject is moving or if you only have a limited time to shoot.

Moving on to the phone’s zoom capabilities, I’m happy to report that the P30 Pro is not just a meme, the zoom is that good! Thanks to the innovative periscope design of its 5x telephoto lens, the P30 Pro can zoom in up to 10x without much loss in quality. At max, the P30 Pro can zoom up to 50x, but I recommend sticking to around 10x to 15x; 50x is overkill after all.

Up above is another series of shots to showcase the P30 Pro’s insane zoom capability. Look at the 1x zoom version, you can barely spot the Asahi billboard. But zoom up to 10x, you can see in clearly. 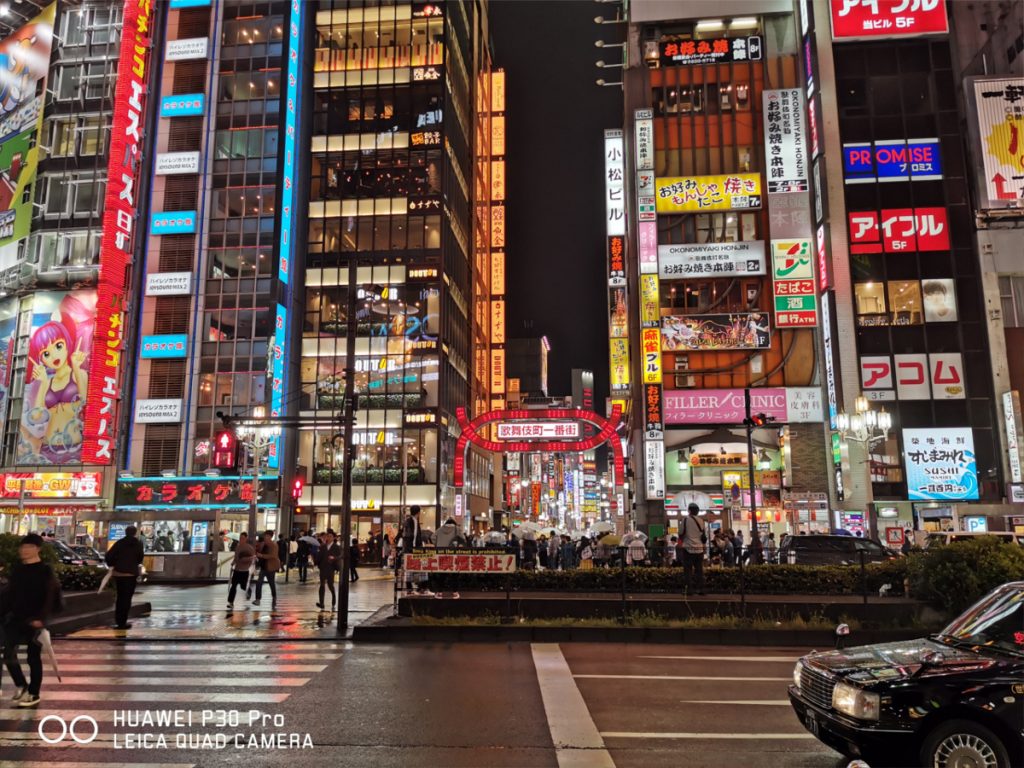 Zooming in up to 50x is cool and all, but I was most impressed by the framing possibilities that the 5x zoom lens provided. Take for instance the shot above of the Kabukicho gate taken at 1x zoom. I wanted to take a photo of just the gate without crossing the street (as it’ll distort the gate’s perspective), so I zoomed in 5x and snapped a pic. 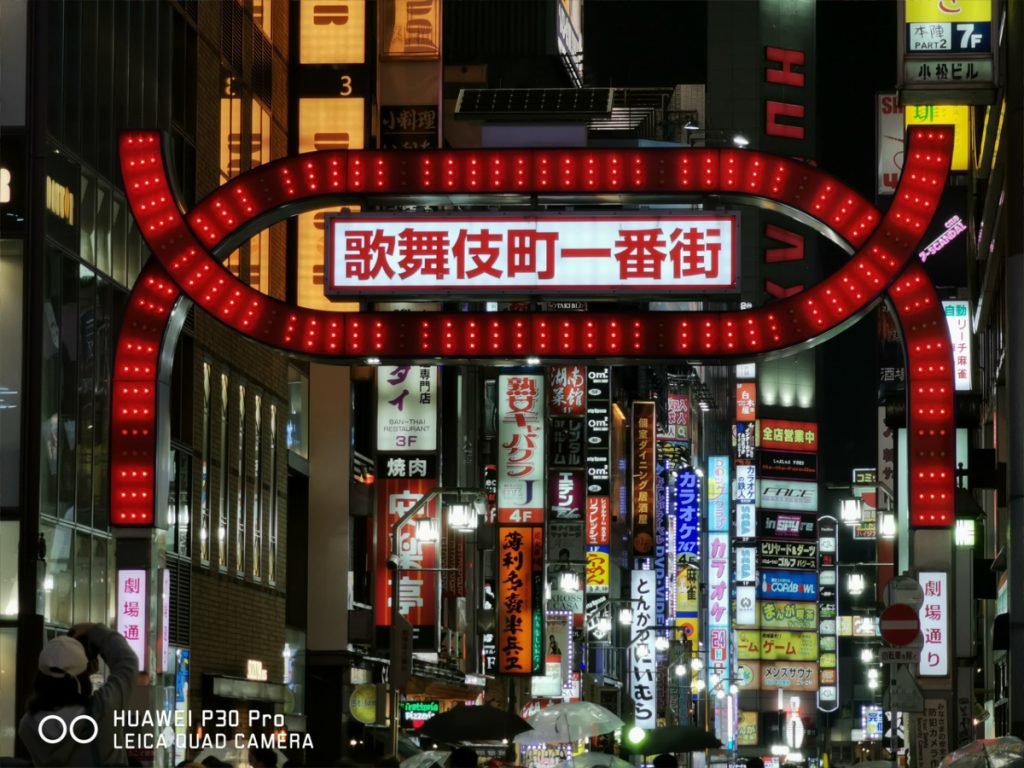 The result was fine, though it was dimmer than I’d like. Not exactly surprising given that the telephoto camera only has an f/3.4 aperture, meaning less light can enter the lens. But since the P30 Pro’s Night Mode also works with the zoom lens, I took another pic. 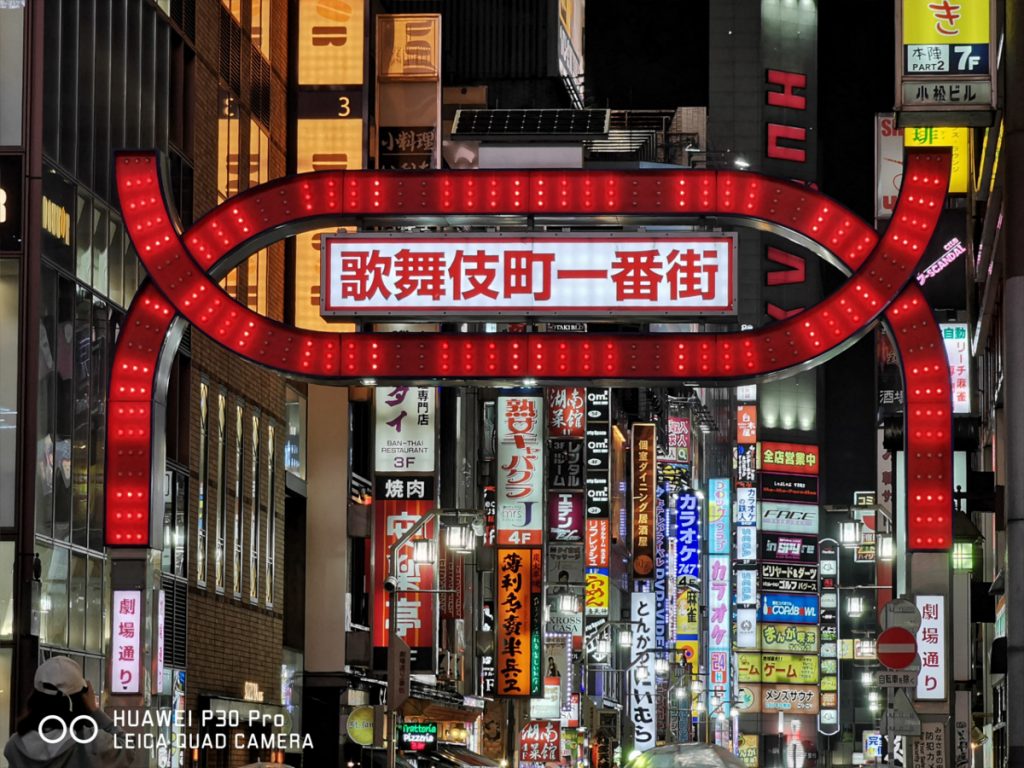 And voila! A bright and vibrant 5x zoom shot of the Kabukicho gate, all without even crossing the street. Thanks to its telephoto camera combined with great software features, you’ll be able to take a great pic, no matter the situation.

The zoom capabilities may be the P30 Pro’s killer feature, but for me, I loved the 20MP ultra wide angle the most. With the ultra wide shooter, I was able to take a wider shot, all without moving back. I found this to be insanely useful during my trip given that I went to Japan on Golden Week — the most crowded week in Japan ever year. As I had a hard time moving through seas of people to get a better shot, having an ultra wide angle was a god-send whenever I wanted to fit more of my subject into the frame.

While it may not be the first phone to pack an ultra wide angle camera, the P30 Pro might have one of the best wide lenses in the market right now. Shots with the ultra wide are filled with detail and have vibrant colors. Though the best thing about it for me is that distortion at the edges (aka the “fish-eye” effect) is kept at a minimum, especially for landscape shots.

Even if I wasn’t able to test out the ToF sensor much (for portrait shots), I can confidently say that the P30 Pro is the best smartphone for photography in the market right now. It’s the best not just for producing excellent photos in optimal conditions, but because its combination of cameras make it one versatile shooter; no matter where you are, you’ll be able to take a good shot with ease using the P30 Pro. So if, like myself, you love taking photos whenever you go on vacation, the P30 Pro is the perfect partner. 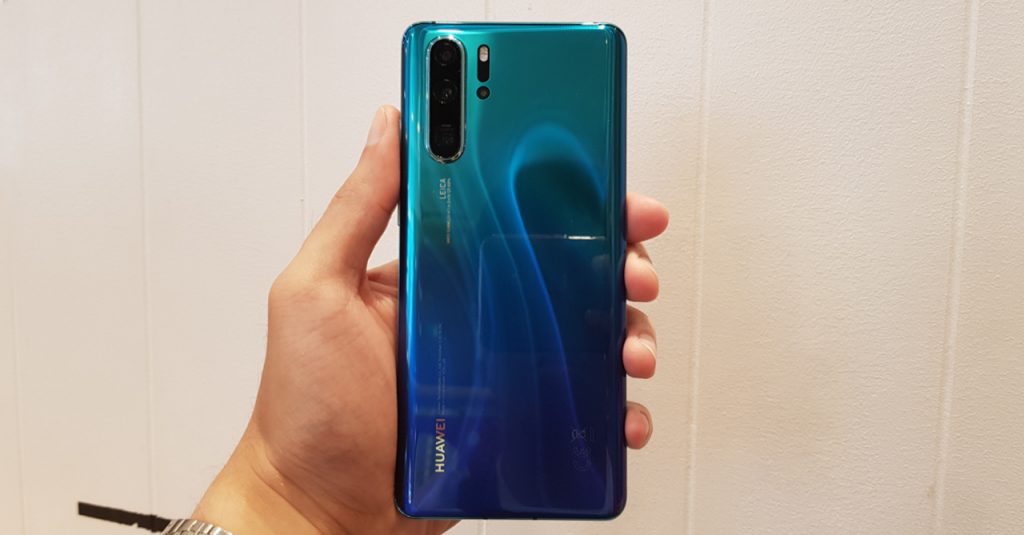 Of course, I didn’t just use the P30 Pro as a camera during my recent vacation, it also became my daily driver for the week. Aside from having amazing cameras, the P30 Pro is also an awesome phone for day-to-day use. Watch out for our full review of the P30 Pro soon!