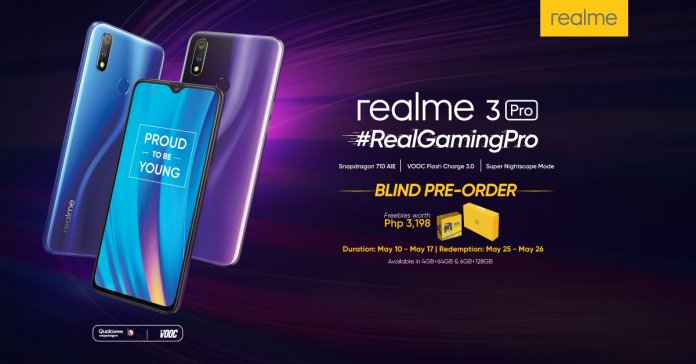 Recently, realme PH revealed that it’s launching the realme 3 Pro in the Philippines very soon. Much like the realme 3, the Pro version is poised to set a new standard for mobile gaming, all without breaking the bank. While the price of the realme 3 Pro is yet to be revealed, realme has now opened blind pre-orders for its latest smartphone. 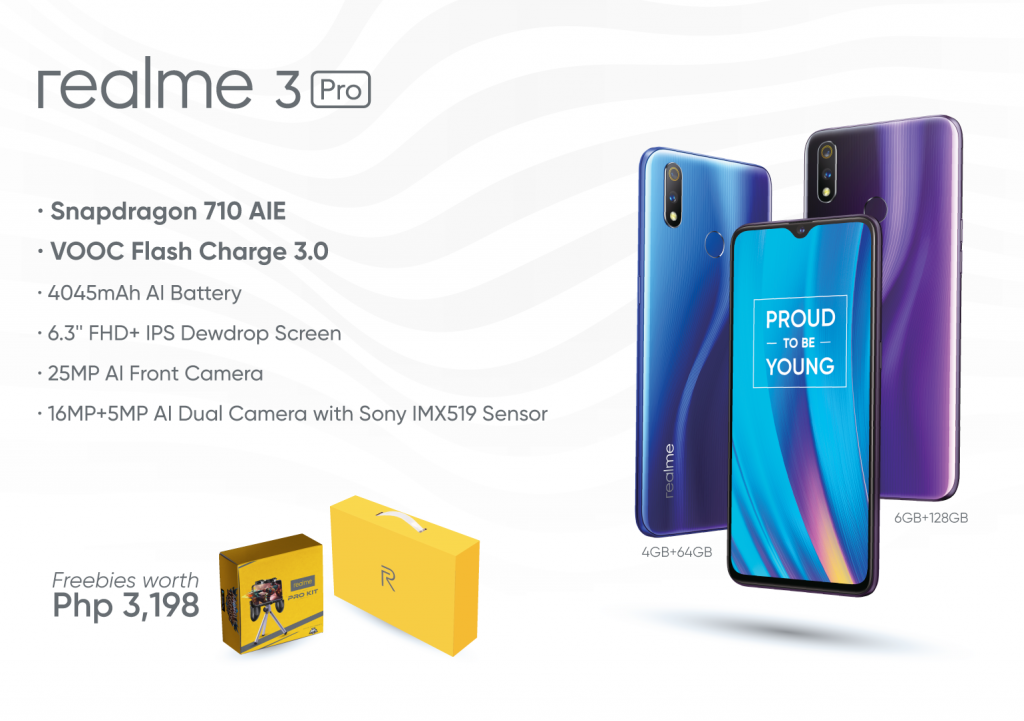 In case you aren’t familiar with the phone, the realme 3 Pro features a 6.3-inch FHD+ display, a Snapdragon 710 processor, and a large 4045mAh battery. The phone also has a rather capable set of cameras, including a 25MP front shooter and a 16MP+5MP main camera.

Is the realme 3 Pro’s specs enough to convince you? Well if you want to pre-order, here are the full mechanics: 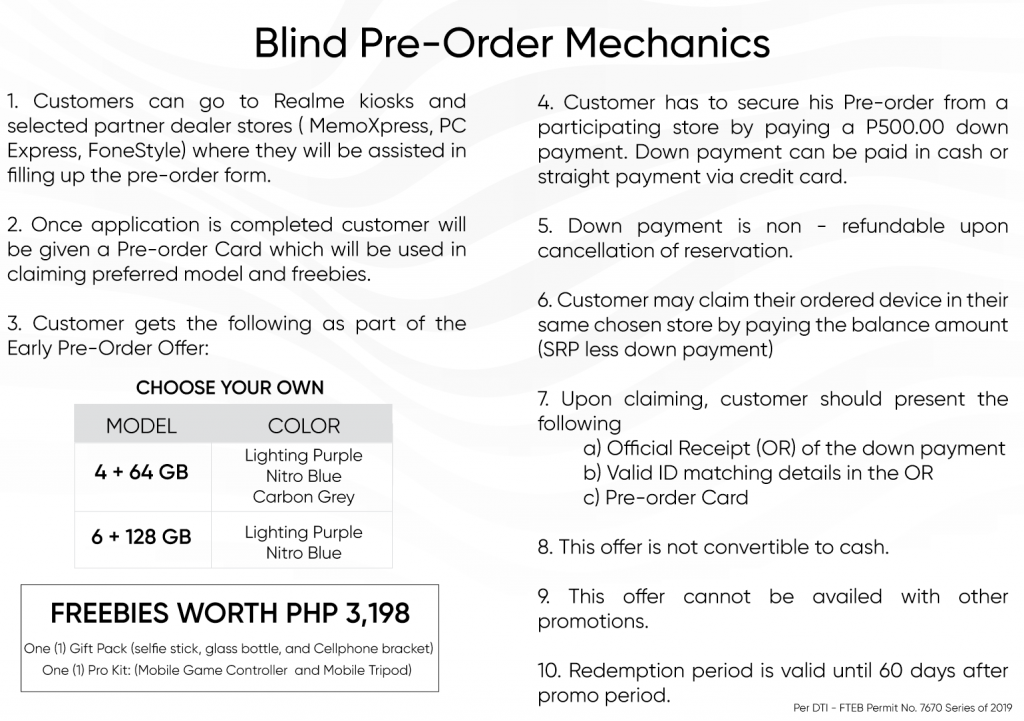 “We are humbled by the excitement we get from realme fans about the realme 3 Pro, even weeks before its official launch here in the Philippines. We know that our loyal fans deserve the first dibs on our midrange champion, and this inspired us to start sales earlier than initially planned through a pre-order promo. We look forward to welcoming more members in our realme squad with this promo for our latest game-changing smartphone,” shares realme Philippines Marketing Lead Eason de Guzman.

Pre-orders are open now until May 17 at realme concept kiosks nationwide. Each pre-order will come with freebies (including a game controller, a selfie stick, and more) worth PHP 3,198. Redemption period of the pre-ordered realme 3 Pro is from May 25 to 26.