It doesn't look practical at all; we want one! 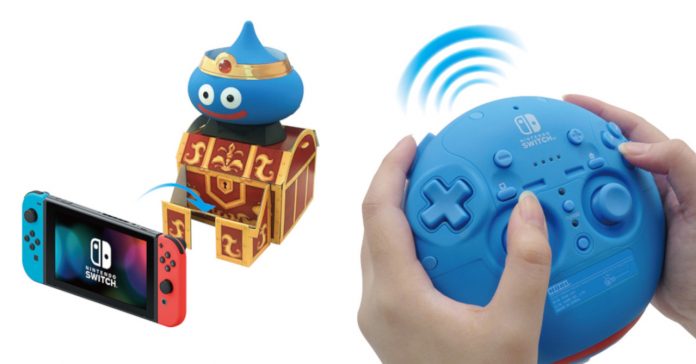 To celebrate the upcoming release of Dragon Quest XI: Echoes of an Elusive Age on the Nintendo Switch, Square Enix announced that it’s releasing a special Dragon Quest ‘Slime’ controller for the console.

In case you’re thinking that it’s just a pair of standard Joy-Cons with a different color or design, you’re dead wrong. Similar to the previous PS4 ‘Slime’ gamepad, this Switch controller is literally a blue slime with buttons at the bottom.

Unlike the ‘Slime’ PS4 controller though, this Dragon Quest Switch controller will come with some nice freebies. Inside the box is a cardboard treasure box that functions as a stand for both the ‘Slime’ controller and the Switch. The controller also comes with a decorative crown to make the controller look like a King Slime.

The Dragon Quest ‘Slime’ Switch controller will be available on September 27, the same day as Dragon Quest XI’s Switch release. The controller is priced at JPY 10,778 (around USD 99 or PHP 5170), and pre-orders for the it are available now at the Square Enix JP store.

In other Dragon Quest news, Square Enix is working on ‘Dragon Quest Walk’, a new mobile entry to the franchise that’s inspired by Pokemon GO.