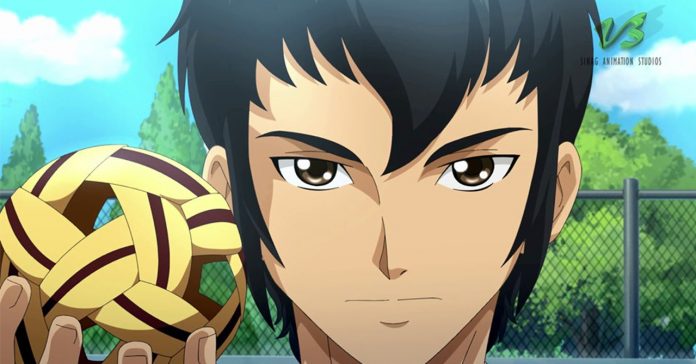 Watch the quick teaser for the anime here:

While the first trailer for Sepak Takraw didn’t reveal much about the series, what we do know is that the story will follow Eyo (Timoteo), a student and a Sepak Takraw player.

Not familiar with the sport? Well, Sepak Takraw or kick volleyball, is a popular sport in Southeast Asia (including the Philippines). The game plays much similarly to volleyball, but players are only allowed to use their feet, knee, chest, and/head to touch the ball (that’s made out of rattan).

The anime series is currently in production, so the release date is yet to be announced. For the latest updates on Sepak Takraw, make sure to follow the anime’s official Facebook page.

Story via When in Manila.