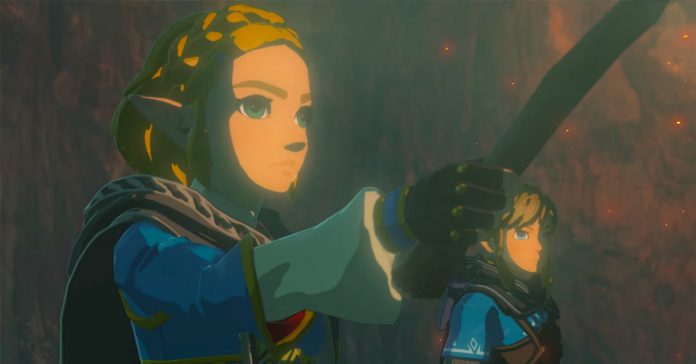 We may have spoken to soon regarding the winner of E3. While we though that Square Enix had it in the bag, Nintendo made a strong case for winning E3 as the beloved Japanese developer revealed a ton of exciting new games in their E3 2019 Direct. Even with all the awesome Nintendo games in the Direct, none of it really felt like fillers, making for one awesome show.

Weren’t able to watch the Nintendo E3 2019 Direct? Here are the biggest stories:

The Legend of Zelda: Breath of the Wild Sequel

No doubt the biggest story of the recent Nintendo Direct is the confirmation that The Legends of Zelda: Breath of the Wild is getting a sequel. The news was revealed in a short trailer which showed Link and Zelda against a mysterious foe. While the game was announced to be in development, there’s no word yet on when it’ll release, nor what its title would be.

READ: Nintendo Just Revealed a Sequel for Breath of the Wild!

Nintendo fans were also treated to the reveal of Animal Crossing: New Horizons, the latest game in the beloved Animal Crossing series. Unlike previous games in the franchise though, New Horizons will be set in a faraway island, and it’ll feature a co-op mode with up to 8 players.

READ: Animal Crossing: New Horizons is coming to the Switch in 2020

As expected, more new characters were announced for Super Smash Bros Ultimate. The first reveal was the hero from Dragon Quest.

After that, Nintendo showed another trailer which showed that Banjo Kazooie is also coming to the epic crossover fighting game.

In other Legend of Zelda news, Nintendo revealed at E3 2019 that the remake of the 1993 title, Link’s Awakening, is releasing on the Switch on September 20. More gameplay footage was also shown in the trailer, and it looks mighty interesting.

The Witcher 3 on Switch

Another game coming to the Switch is The Witcher 3! Best part is, it won’t just be the base game as the Switch version will also come with the rest of the expansions. The game releases sometime in 2019.

Releasing later this year, Luigi’s Mansion 3 was given the spotlight during Nintendo’s E3 2019 Direct. The game’s new trailer showed more gameplay footage, and it revealed that the game will have co-op play.

A new game announcement that definitely piqued our interest is Astral Chain, an upcoming action game from Platinum Games (of Nier: Automata and Metal Gear Rising fame). Even though we don’t know much about the game yet, the fact that it’s a Platinum Games production is enough to excite us.

It’s been nine year since the last No More Heroes title was released for the Wii; now, the series is finally back with No More Heroes 3! It’ll be interesting to see how the game plays, especially as the previous titles relied on the Wii motion controls. Guess we’ll have to see when the game releases in 2020.

Want to see the rest of Nintendo’s E3 2019 announcements? Check out the official Nintendo YouTube channel for all the new trailers. Better yet, watch the full Nintendo Direct here: