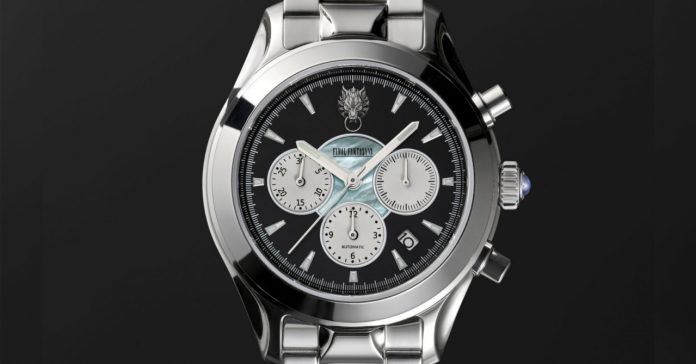 The line consist of two automatic-movement mechanical watches, one is the Cloud Edition and the other is the Sephiroth Edition.

The Cloud Edition Seiko is a chronograph timepiece in a stainless steel case with a mirrored finish. The watch also has a Materia-inspired blue sapphire glass crown, a 3D Cloud Wolf emblem, and a Mako-inspired mother-of-pearl central disk.

As for the Sephiroth Edition, this chronograph watch with an all-black coating and an Onyx Crown that’s inspired by the Black Materia. This edition also has a Mako inspired mother-of-pearl central disk, but the emblem at the top of the face is a 3D One-Winged Angel.

Both chronographs will have extremely limited productions, with Seiko producing only 77 watches per region. Thanks to its rarity and premium materials, the watches are priced at USD $2,500 (around PHP 130,000).

Do you have a spare USD $2,500 lying around? If you do, you can pre-purchase the watches now at the Square Enix store. Both editions will be released in March 2020.