My Hero Academia the Movie: Heroes: Rising releases in December 2019

We hope it gets released in PH theaters soon too! 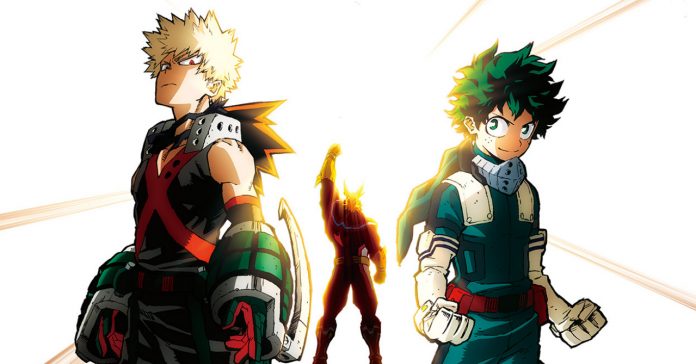 The new BNHA movie is entitled My Hero Academia the Movie: Heroes: Rising, and it will release in Japanese theaters on December 20, 2019.

Check out the official poster for the film here:

Heroes: Rising is the second BNHA feature film following last year’s “My Hero Academia The Movie: Two Heroes.” The first movie was set in between the events of Season 2 and Season 3, so it’s safe to assume that Heroes: Rising will take place after the end of S3. While details regarding the film’s story are yet to be revealed, it’s likely that the movie will center around Deku and Bakugo (based on the film’s poster).

Heroes: Rising is also possibly the last BNHA movie. According to series creator Kohei Horikoshi, the 2nd BNHA feature film is sort of like a “final chapter” and that there “probably” won’t be a third My Hero Academia movie.

Even if Heroes: Rising doesn’t prove to be the last BNHA movie, fans of the series should definitely be excited for this. After all, Horikoshi did say that the 2nd film will be even more “Plus Ultra” than the first. If that’s the case, then we really hope that My Hero Academia: Heroes: rising will be released in PH theaters as well.

In other BNHA-related news, season 4 of the anime releases in October 2019. You can also check out the official character design for the “Big Three” here.