Welp, the Donki theme is stuck in our heads again. 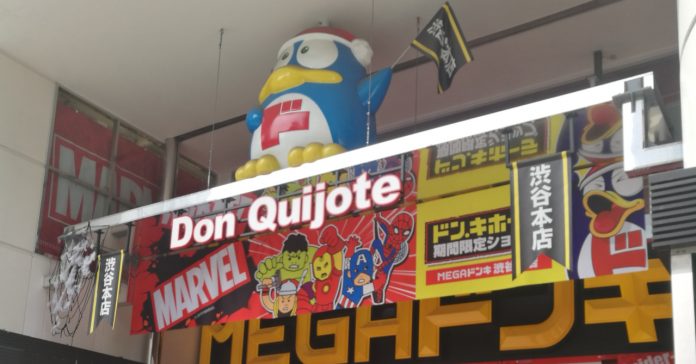 If you’ve ever been to Japan, then you’d probably be familiar with Don Quijote. If not, well Don Quijote (also called “Donki“) is a chain of discount stores all over Japan, and they sell just about everything. Think of Donki as a retailer similar to Daiso without the 100-yen everything, and with an earworm of a theme that plays in each store constantly:

Don Quijote is a must-visit in Japan, especially as you’ll be able to buy all sorts of cool stuff on the cheap there. Though if you have yet to visit Japan, you might be able to experience Donki in the Philippine soon!

Currently, Don Quijote stores can be found outside of Japan in the following places: Singapore, Thailand, Hong Kong, and Hawaii. In its home country, there are over 160 Donki stores.

Don Quijote has yet to officially confirm their plans for a Philippine expansion. Though if you want to get a taste of the Donki experience, the Yakuza series and Judgement have faithful recreations of Don Quijote stores in-game!

In related news, Japanese retailer Mitsukoshi is set to open a Philippine branch in 2021:

The oldest Department Store from Japan is coming to the Philippines