Call of Duty: Modern Warfare promises to be the ultimate multiplayer playground 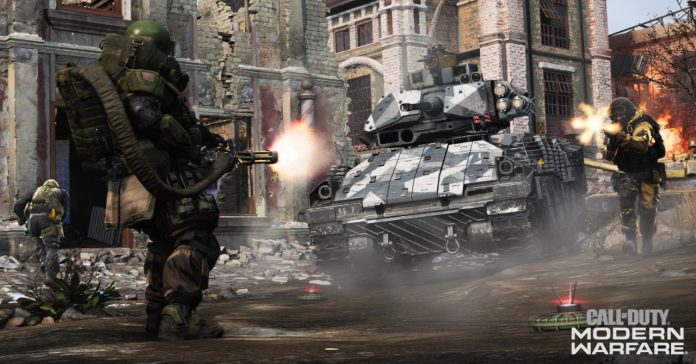 A few days ago, Activision gave us our first look at the various multiplayer modes of Call of Duty: Modern Warfare; and from the looks of it, the game’s gonna be a blast!

In case you’re unfamiliar, this upcoming Call of Duty title is different from the original ‘Call of Duty 4: Modern Warfare’ released back in 2007. The 2019 Modern Warfare is instead a soft reboot, but it promises to deliver the exciting FPS action that series fans know and love. Not to mention that this new Modern Warfare title is the first in the franchise to support cross-platform multiplayer.

Watch the new multiplayer trailer for the game here:

For the upcoming Modern Warfare title, developer Infinity Ward promises a deep and very replayable experience. Players will be able to choose from a variety of game modes such as Team Deathmatch, Domination, and Headquarters; as well as new modes such as Cyber Attack (a spin on Search and Destroy), Ground War (a 100-player mode), and Gunfight (a 2v2 combat mode).

Players will also be able treated to new mechanics such as bullet penetration, gun mounting, door breaching, and multiplayer maps that feature night-vision goggles. Finally, Modern Warfare will have even more customization options for weapons and other gear.

Aside from showcasing the game’s multiplayer, Infinity Ward also announced the Modern Warfare open beta, featuring crossplay testing on weekend 2. To get access to the beta, players must pre-order the game.

Here is the full schedule for the upcoming betas:

Call of Duty: Modern Warfare will be released on October 25th for the PlayStation 4, Xbox One, and PC.