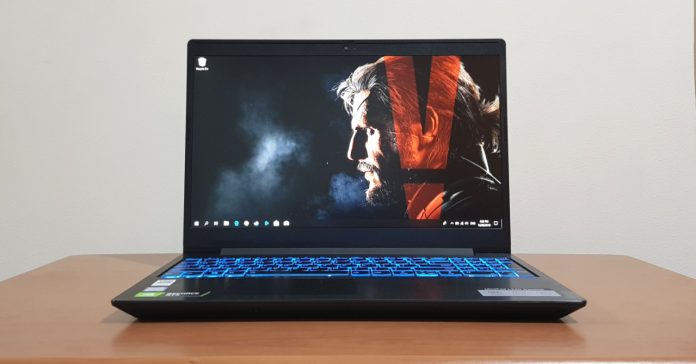 A lot of gaming laptops in the market right now don’t come cheap, and for good reason. These notebooks often pack impressive specs and ultra-fast displays that can rival some desktop builds. But of course, not everyone is willing to shell out big bucks for a portable gaming machine. Some would rather get a more affordable laptop that can still game well, even if it doesn’t have all the bells and whistles of top-end models.

For these laptops, the price sweet spot is around PHP 50k; it’s not too expensive, but it should be equipped with hardware that can run esports titles well, along with triple-A games in medium graphics settings. If you’re after a gaming pricepoint, the Lenovo IdeaPad L340 might just fit the bill. 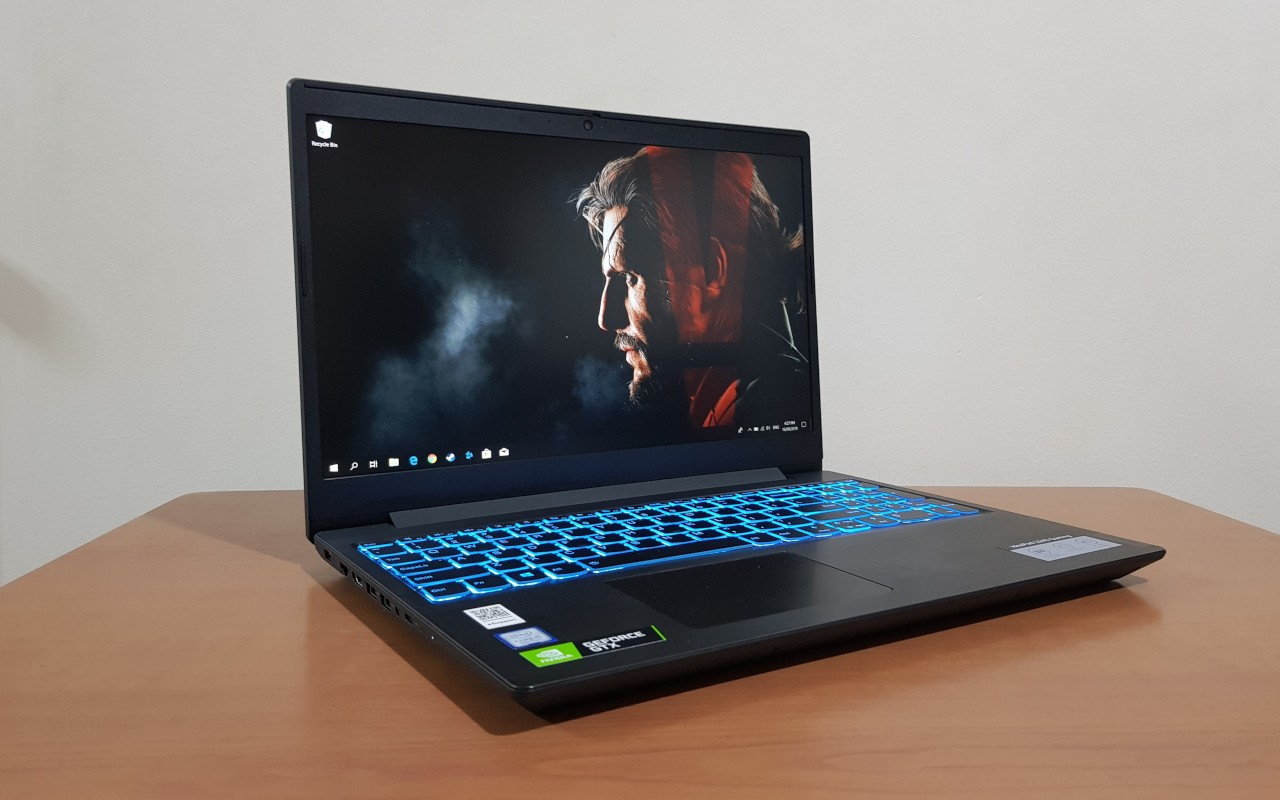 With a 9th gen Intel Core i5 processor and an NVIDIA GTX 1650 GPU, the L340 seems like an awesome deal, especially at its PHP 50k price point. Though of course, for gaming laptops to be this affordable, some compromises have to be made. But from the looks of it, the L340’s configuration is quite promising.

So is the L340 worth a buy? Find out here in our full review!

An increasing number of gaming laptops are ditching eye-popping “gamer” aesthetics in favor of more subtle designs. None of the gaming laptops we’ve reviewed so far are as understated as this one though. Lenovo’s IdeaPad L340 does not look like a gaming laptop at all; at first glance, it actually looks like a standard office notebook.

That’s not to say that it’s a plain and boring laptop design-wise though. The L340 looks sleek and premium. What elevates the L340’s design though is its blue keyboard backlight and accents. While most gaming laptops opt for a red color scheme, the L340’s blue hue is a refreshing alternative. Couple all of this with the subtle branding (the Lenovo logo is only at the top left corner of the cover), I can say that I’m a big fan of the L340’s looks.

For I/O, the L340 has all of its connectivity ports on the left side. The ports include 2 USB Type-A, 1 USB Type-C, 1 HDMI 2.0, 1 3.5mm combo jack, 1 ethernet port, and 1 Kensington lock. Personally, I would’ve liked at least one more USB Type-A port, as well as an SD card reader. Having all of the ports on the left side also isn’t an optimal design. 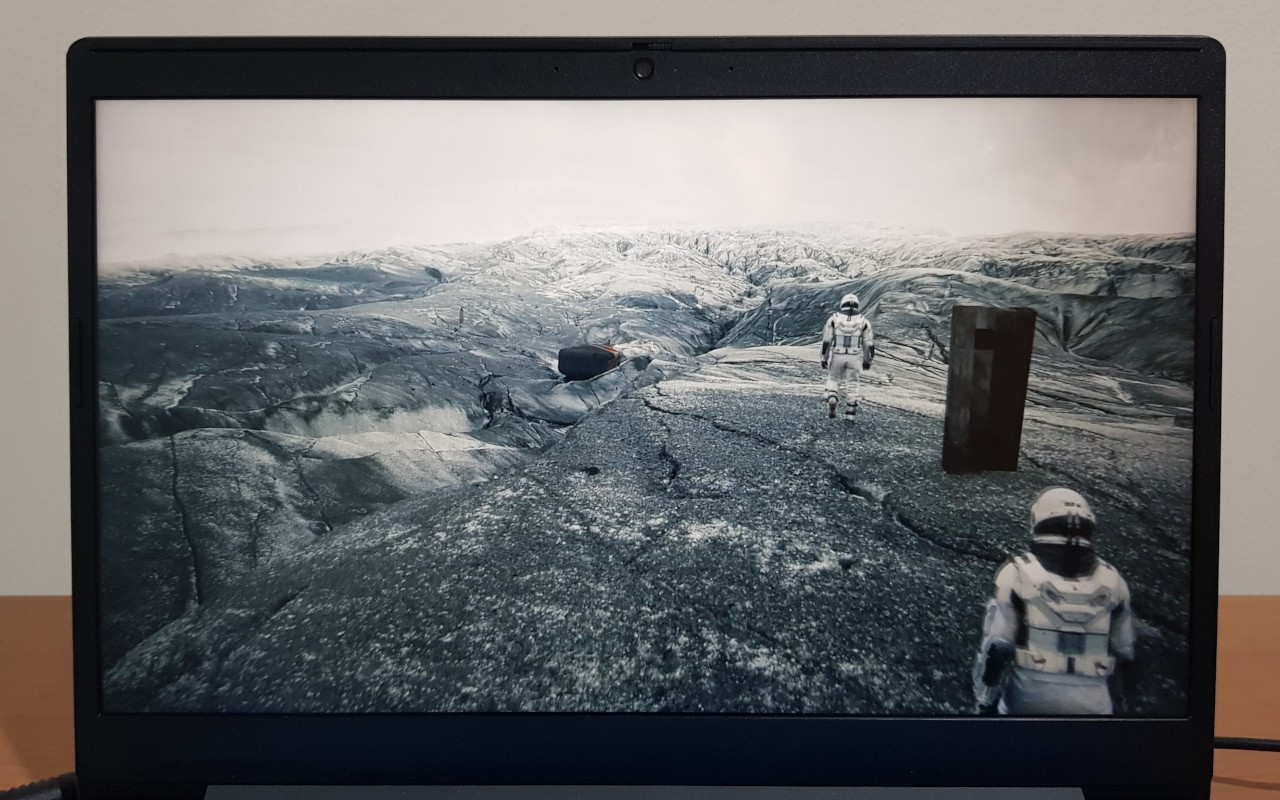 The L340’s display is a 15.6-inch FHD IPS panel with slim side bezels. With its screen, the L340 is great for binge-watching movies, series, and anime. The display gets plenty bright, and it produces a sharp image with good colors. And because it uses an IPS panel, the L340’s display has a pretty wide viewing angle, great if you’re watching movies/series with friends/family.

One thing I would’ve liked from the display though is the top bezel as it’s a bit too thick. Still, it’s far from a deal-breaker. 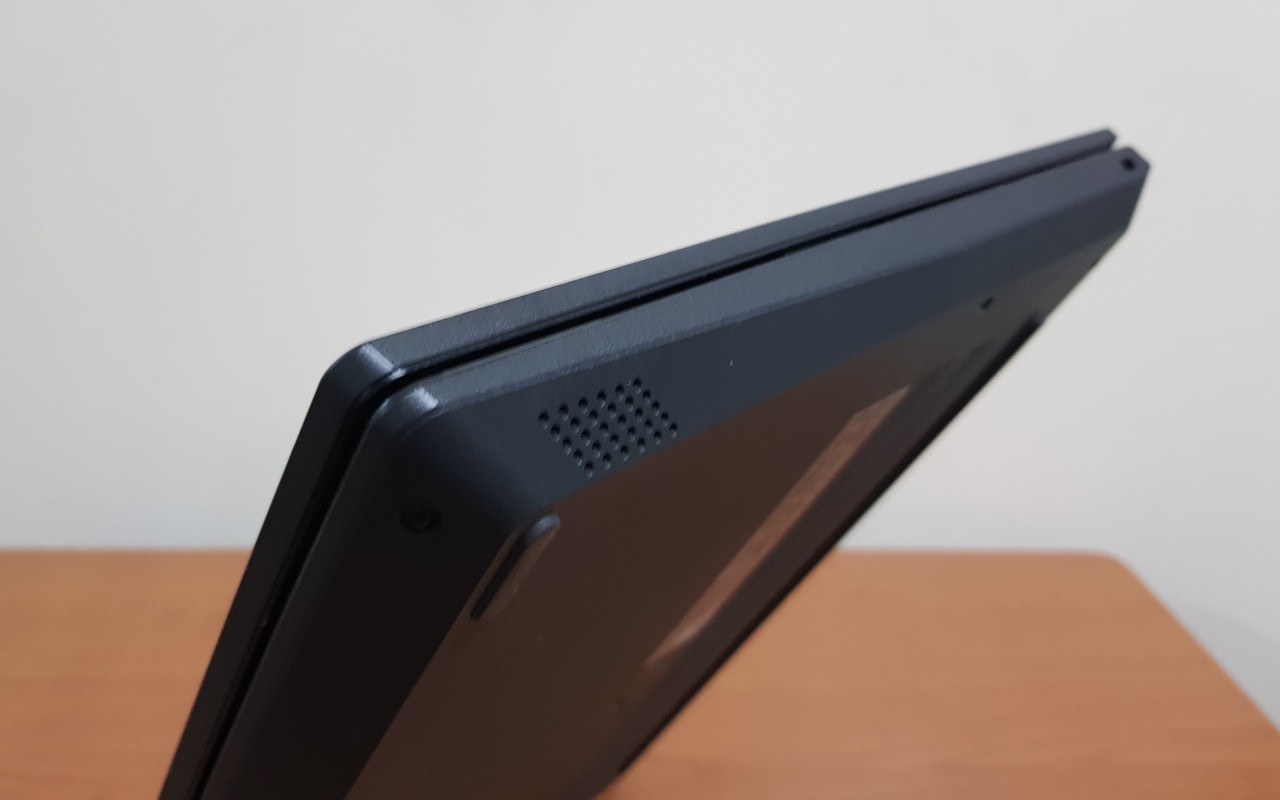 If you’re planning to use the L340 as your screen of choice for a movie marathon, or if you’re planning to game for a couple of hous, you better make sure that you have external speakers or a good pair of headphones. The L340’s onboard speakers are of decent quality, with not much distortion even at max volume. Problem is, they just don’t get loud enough. They’re still useful in a pinch if you just want to watch a quick video, but don’t expect it to fill a room with sound. 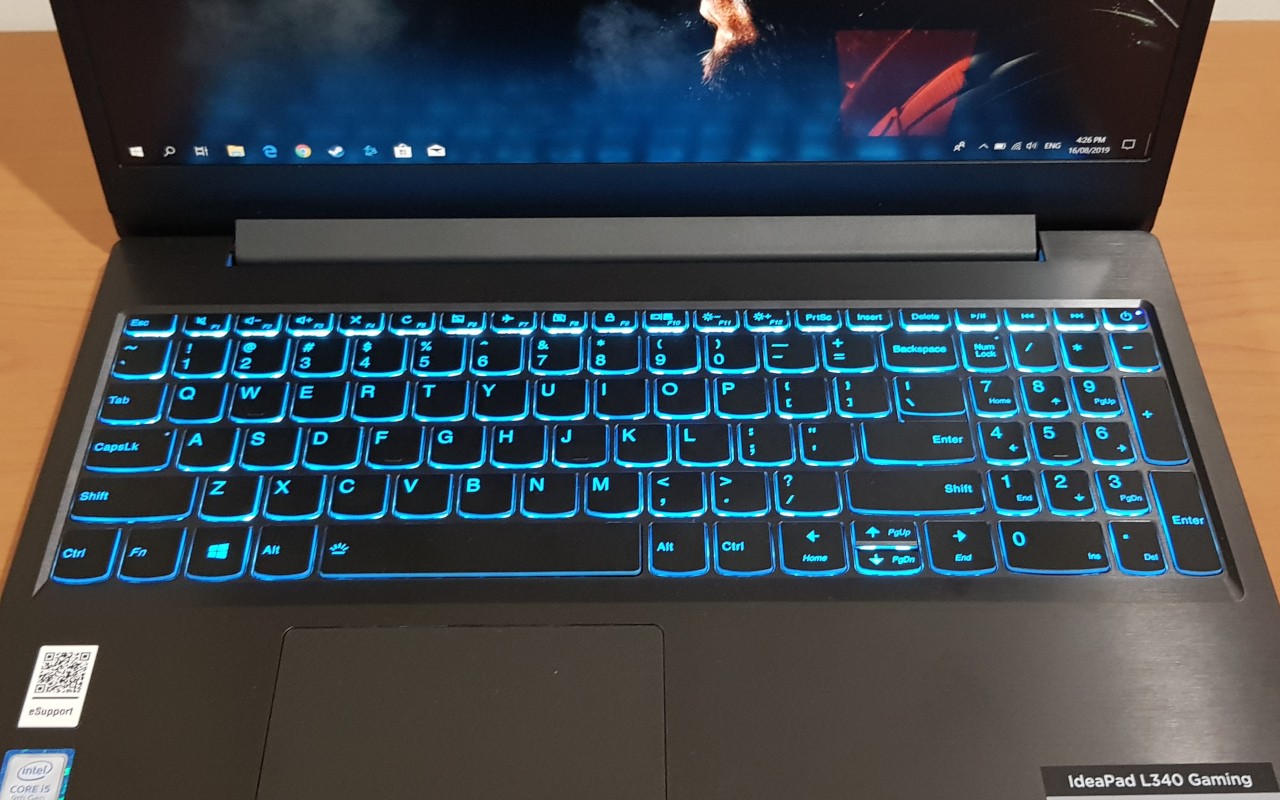 Some 15.6-inch laptops don’t have a full numpad, not the L340 though. Even at its size, the L340 packs a full keyboard, complete with a numpad at the right side. Because it’s a full keyboard, some users may find it a bit cramped, but key spacing should stilll be fine for most gamers.

Having a number pad isn’t the most impressive thing about the keyboard though. While most laptops have mushy keys, the IdeaPad L340’s keyboard has a good tactile feel; it’s actually more satisfying to type/game on compared to a lot of its competitors.

The IdeaPad L340 is powered by a 9th gen Intel Core i5 processor paired with an NVIDIA GTX 1650 GPU. The 1650 is said to perform better than the previous-gen 1050Ti, meaning it should be powerful enough to run esports games at over 60FPS.

In actual use, the GTX 1650-equipped L340 delivers when it comes to esports titles. Take Overwatch for instance, the laptop ran the game at the Ultra graphics settings in 1080p with an average FPS of around 70. Even in intense firefights, the game didn’t drop below 60 FPS on the L340. Now, you can get even higher FPS if you bump down the settings, but you won’t get the advantage of the frames with the laptop’s 60Hz screen.

As for triple-A titles, the L340 can run them, but be sure to keep graphics settings at around Medium. On Rise of the Tomb Raider’s in-game benchmark, the L340 scored a 43.88 average FPS on Very High graphics. Make no mistake though, the game runs slow in actual gameplay at Very High. I recommend playing at medium as Rise of the Tomb Raider runs at around 40 FPS on average at that graphics setting. This might be due to the laptop having only 8GB of RAM. 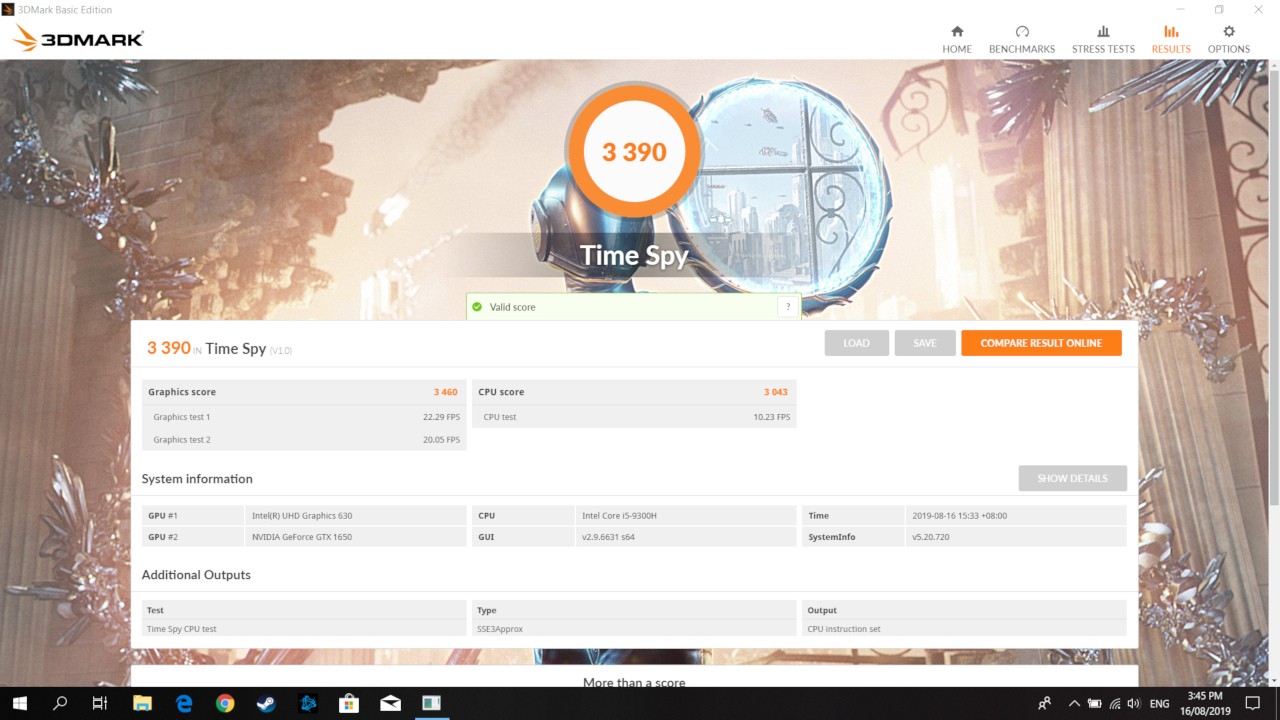 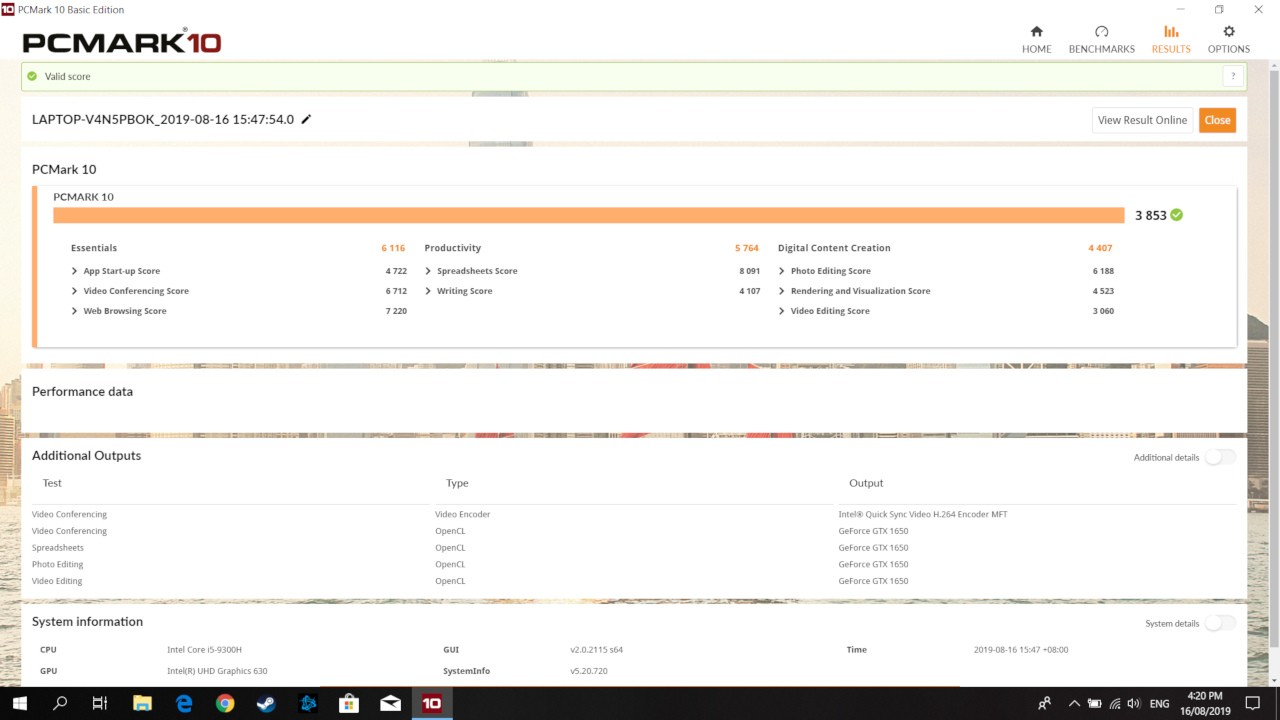 In benchmarks, the L340 produced a score of 3390 on 3DMark Time Spy and a 3853 score on PC Mark 10. The 3DMark score is about what you’d expect from a GTX 1650-equpped notebook, what’s surprising is the PC Mark 10 score. The IdeaPad L340 scored even higher than more expensive gaming laptops. 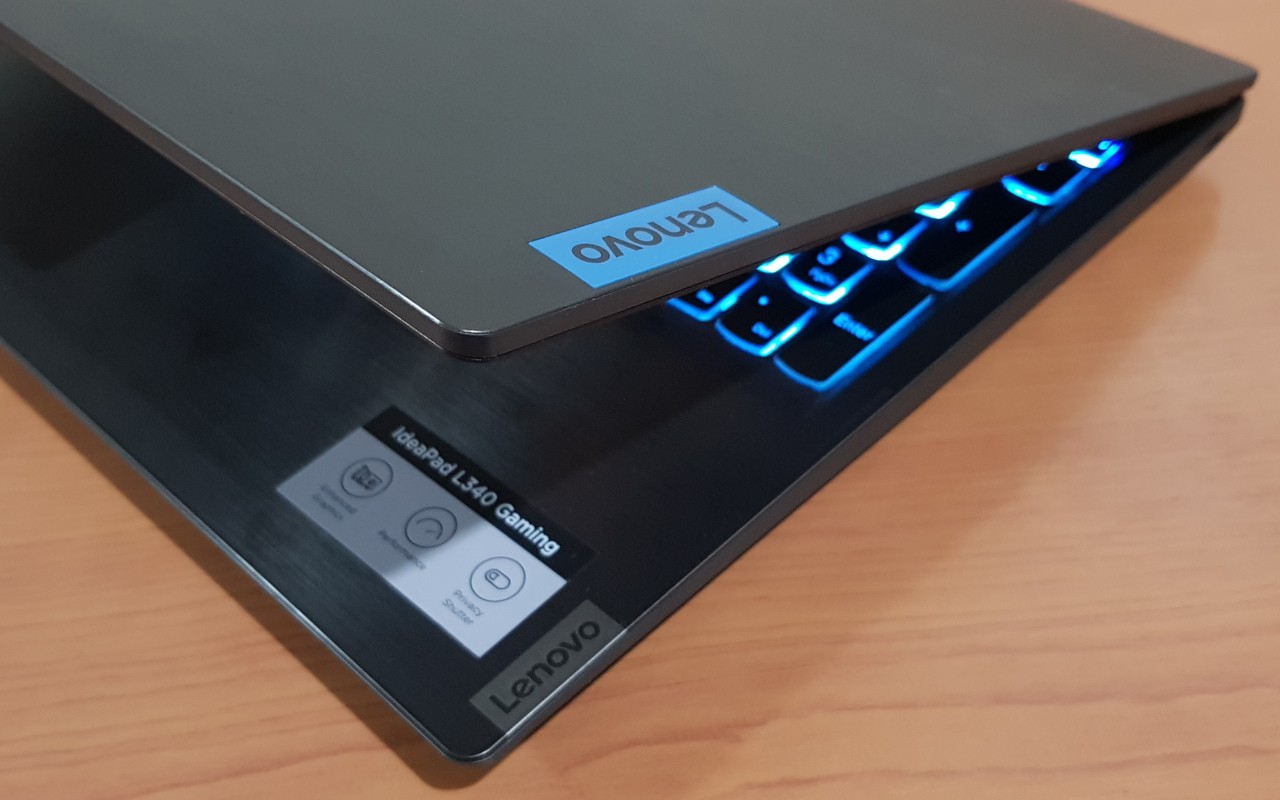 Given the L340’s high PC Mark 10 score, it was no surprise that the laptop ran everyday programs without a hitch, for the most part that is. The IdeaPad L340 is a great match for word processing, web browsing, and light photo/video editing.

As for battery life, the L340 lasts decently well on a single charge for a gaming laptop. After playing a 2 and 1/2 hour movie (at 50% brightness and volume), the L340 still had 55% remaining, this should translate into around 5 or so hours of standard use on a single charge. 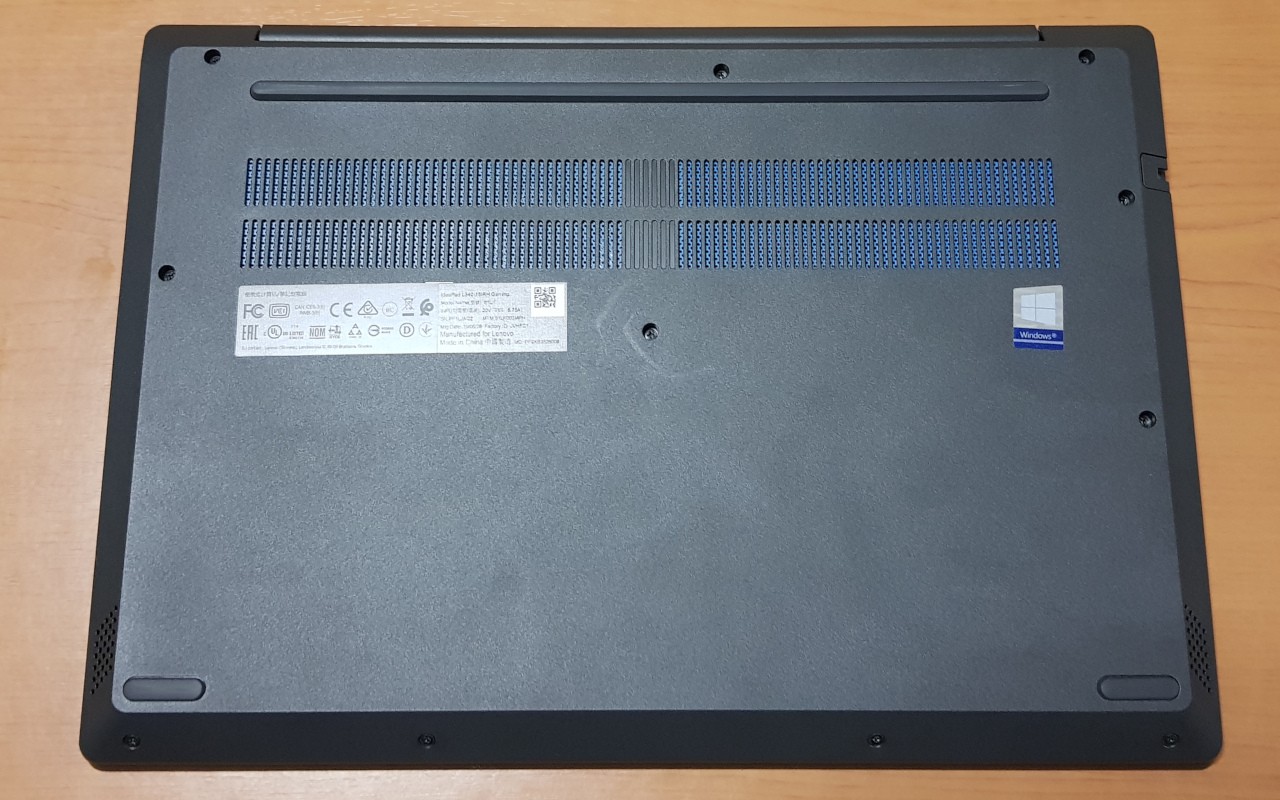 Of course, since the L340 does not come with an SSD, expect a startup time of around 3 minutes, and maybe a couple of slowdowns here and there. The good thing about it is that the laptop has an M.2 SSD slot; Lenovo Philippines also mentioned that installing an SSD will not break the warranty, provided that “no issue arises from the component installed or through the installation process.”

This is great news if you want to upgrade to an SSD in the future, especially considering that previous-gen IdeaPad’s don’t have an M.2 slot. What Lenovo could’ve improved upon in this regard though is the laptop’s underside cover. Unlike other gaming laptops with easy-to-access M.2 slots, you’ll have to remove the whole back cover to install an SSD. 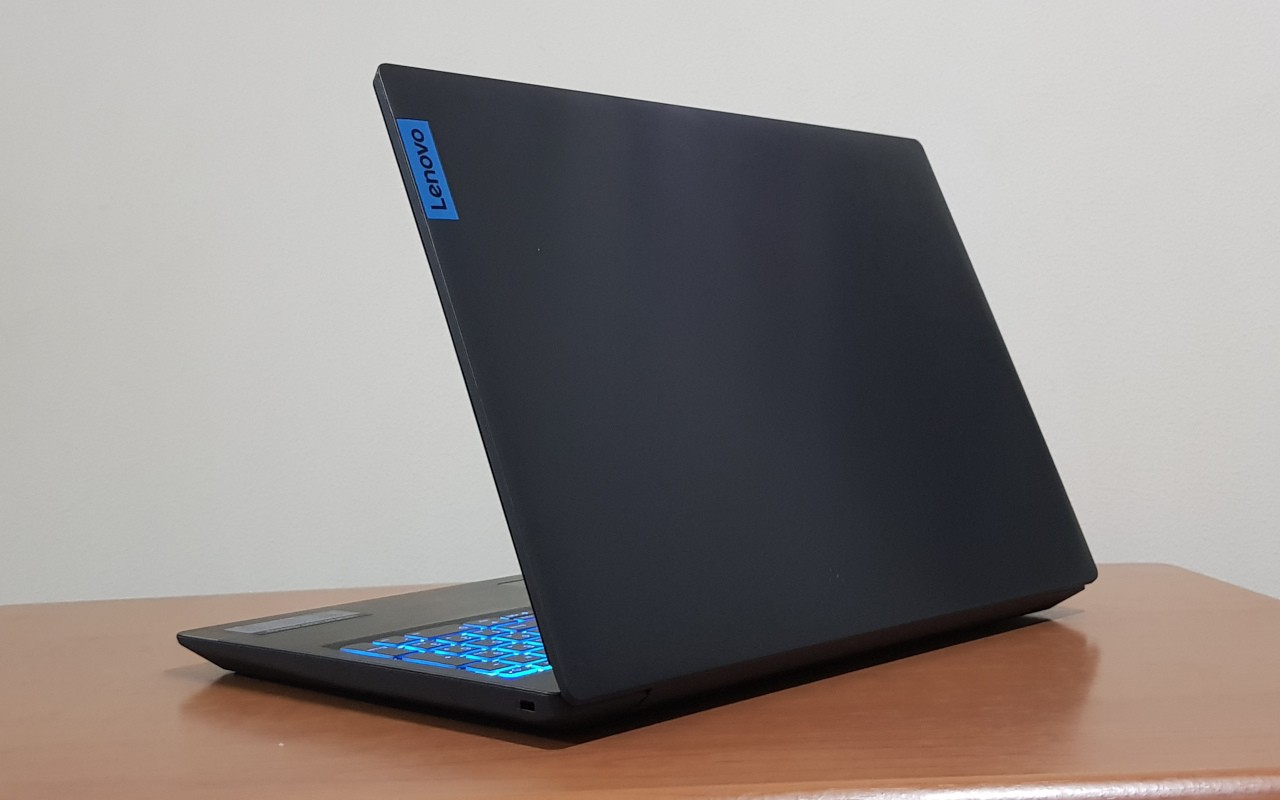 For a laptop priced at PHP 49,995, the Lenovo IdeaPad L340 Gaming is quite impressive. Thanks to its i5 + GTX 1650 setup, the laptop can run esports titles with ease, as well as most triple-A games at medium settings. It’s also a great match for productivity, especially for creative professionals. Finally, the L340 has a subtle yet unique design that I’m a big fan of.

There are a couple of compromises with the L340 though. For one, it could’ve had more connectivity options. Another is that battery life isn’t the longest. It also only comes with an HDD in this variant; and while you can upgrade to an SSD without voiding the warranty, it’s a bit hard to access the laptop’s M.2 slot.

In spite of these compromises, the IdeaPad L340 Gaming is still a great buy overall, especially if you have a budget of around PHP 50k. Because at the end of the day, the L340 excels in its intended use — gaming.