It might be the cheapest Zephyrus, but it still packs a punch! 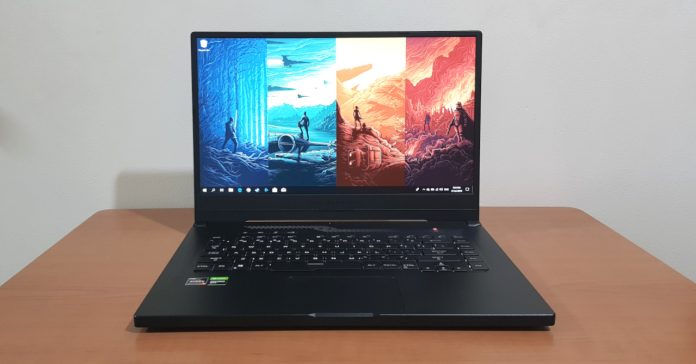 When someone says ROG Zephyrus, you’ll probably think of a slim and powerful gaming laptop that costs quite a bit of cash. You’d be right in thinking that as ASUS ROG’s Zephyrus laptops are their meanest gaming machines outfitted with the highest-end CPUs and GPUs, plus they don’t come cheap (like upwards of PHP 100k). 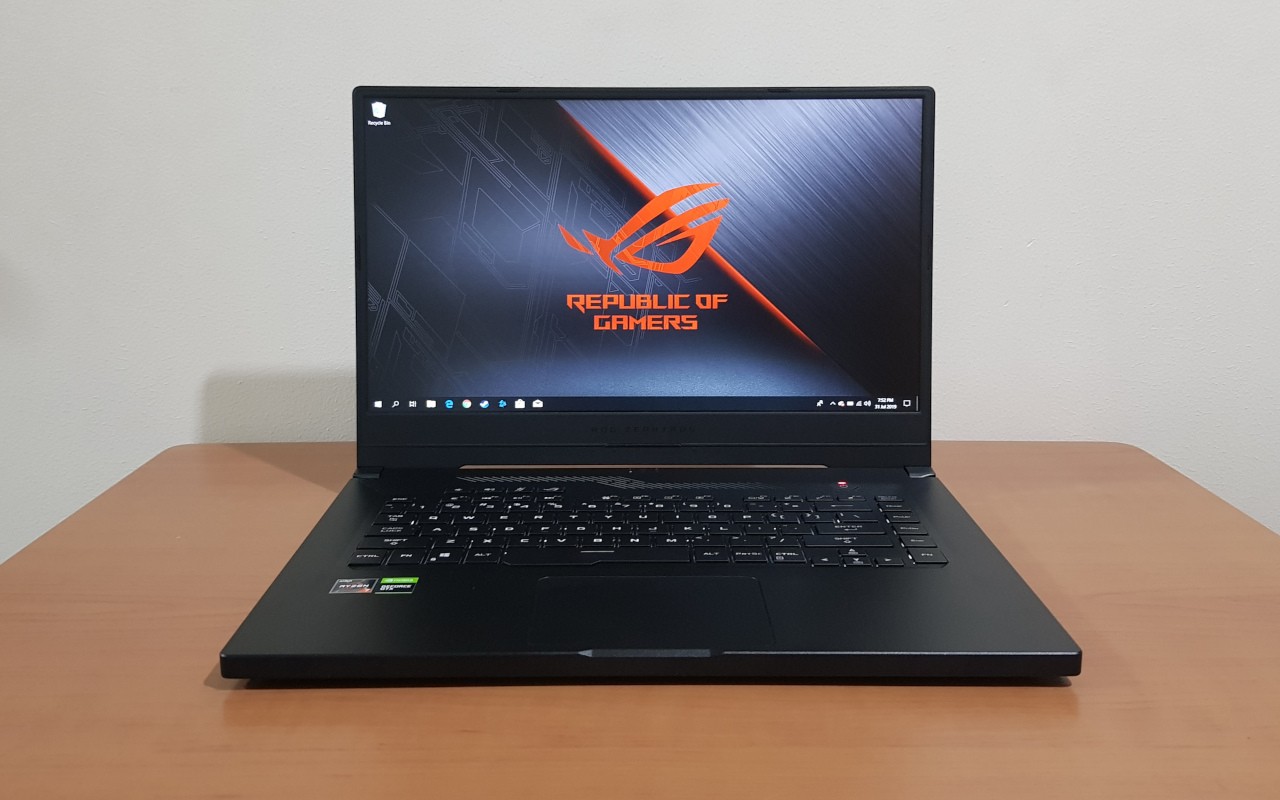 The Zephyrus G is one of the newest laptops in the series, and it’s both the smallest and most affordable yet. Of course, it’s still far from an entry-level gaming notebook; but at least it does not have a six-digit price tag, all while promising excellent gaming performance in a slim and light package.

But does the GA502 live up to the Zephyrus name? We find out here in our review.

While it may be smaller than the older Zephyrus models, the GA502 still retains the signature Zephyrus brushed metal finish that’s elegant, all while still having that “gamer” edge. Unless you want a laptop that will stick out like a sore thumb in an office/cafe, you’d probably find the Zephyrus G to be one good-looking notebook.

Size aside, the Zephyrus G does have a couple of differences from its predecessors. This laptop does not have an RGB keyboard, instead it comes with standard white backlighting. The GA502 also doesn’t have the lifting hinge design of previous Zephyrus notebooks.

For I/O, the GA502 has the following ports: 3 USB Type-A, 1 Type-C (that supports DisplayPort), 1 HDMI, 1 3.5mm combo headphone/mic jack, and an ethernet port. Having three Type-A ports and an HDMI port is great given how slim the laptop is. Still though, I would’ve liked to have a full DisplayPort, as well as an SD card reader. 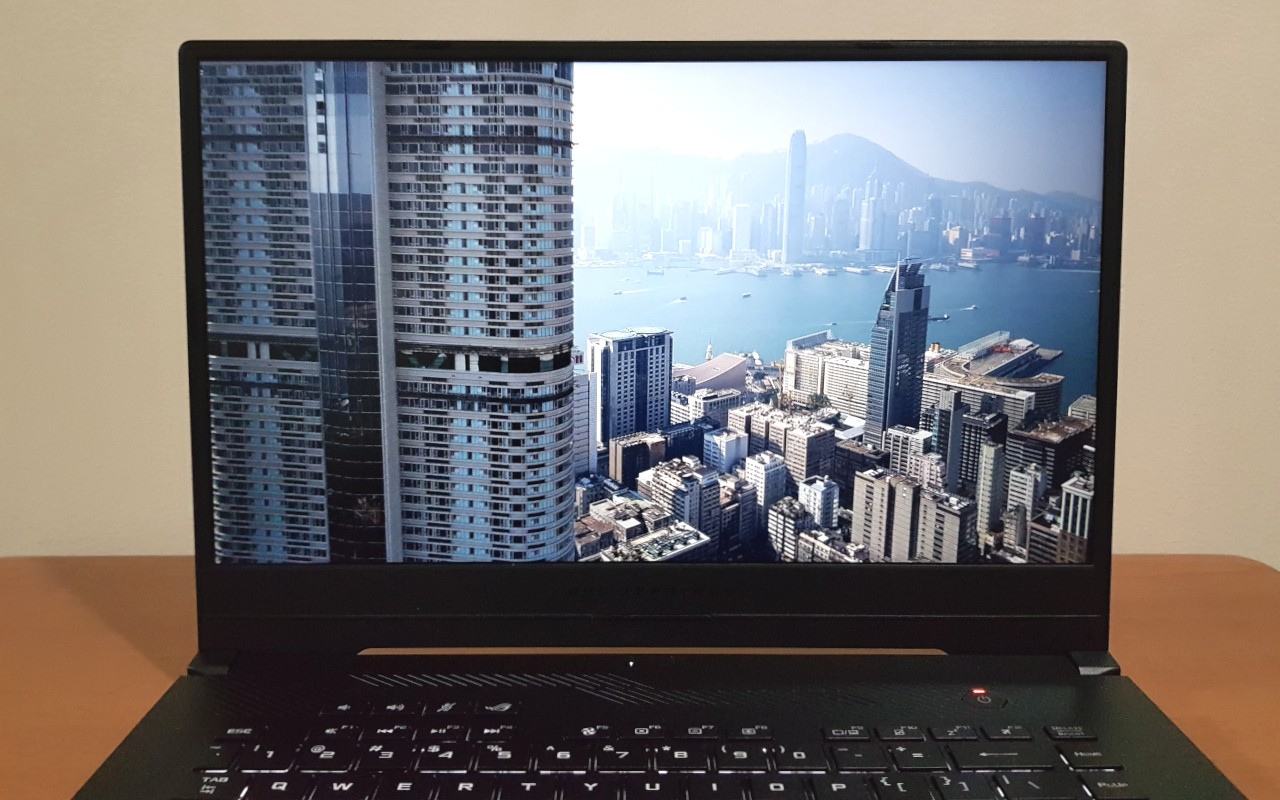 The GA502 comes with a 15.6-inch Full HD display with a 120Hz refresh rate, as well as a near-borderless design. While you won’t be able to take advantage of the refresh rate for binge-watching, the GA502’s screen does work well for movie/TV series viewing. The screen produces sharp details and fairly accurate colors, and it gets bright enough for most situations. Plus, the near-borderless design makes for a slightly more immersive experience.

On its specs sheet, the GA502 is listed as having an “IPS-level” panel. What this means is that the laptop’s display is not a true IPS screen; but in my experience, it’s hard to tell the difference as the Zephyrus G has a decently wide viewing angle (unlike TN panels). 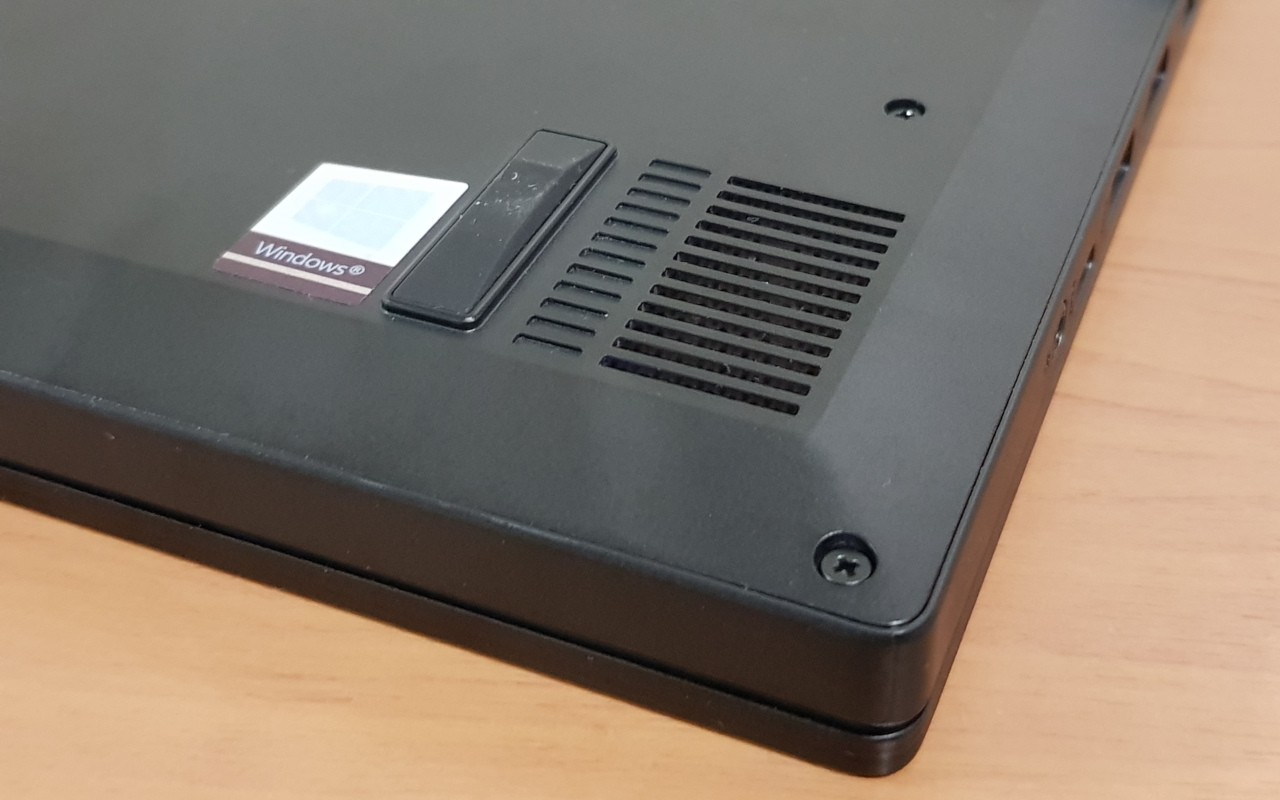 While the laptop’s display is great for binge-watching, you’ll either need headphones or external speakers for better audio. The Zephyrus GA502 packs bottom-firing speakers that just don’t get loud enough; the laptop’s fans can even drown out the sound a bit when you’re playing hardware-intensive games. Though if you’re in a pinch, the onboard speakers can still work (like say if you’re gonna play a quick video); and while they don’t get that loud, at least the audio quality is clear and doesn’t distort much even at max volume. 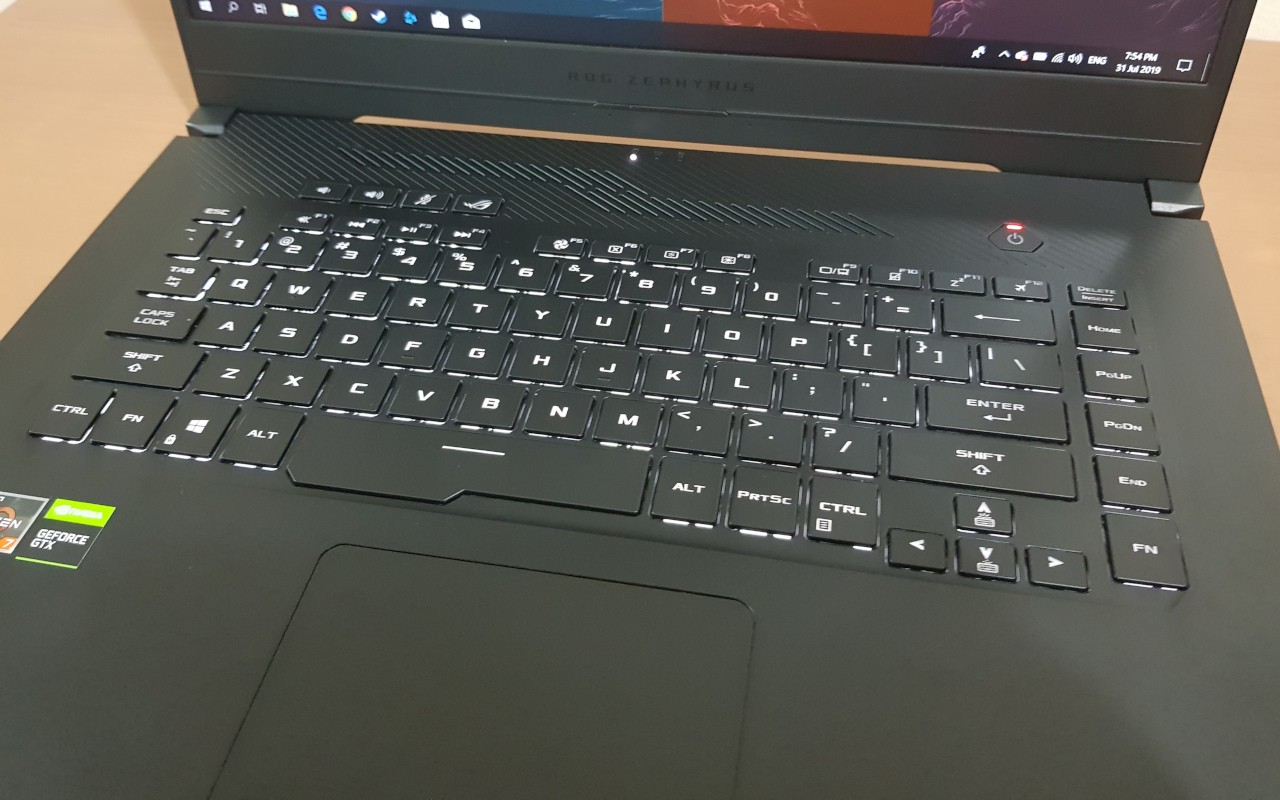 As mentioned above, the laptop’s keyboard only has standard white backlights instead of RGB lighting. The keyboard also lacks a number pad (likely to make the body slimmer). Even without these features though, the Zephyrus GA502 still works well enough for gaming in terms of the size and the distance between individual keys. But if you’d prefer a keyboard with more tactile feedback, the GA502 might disappoint given that it does feel slightly mushy when typing/playing. 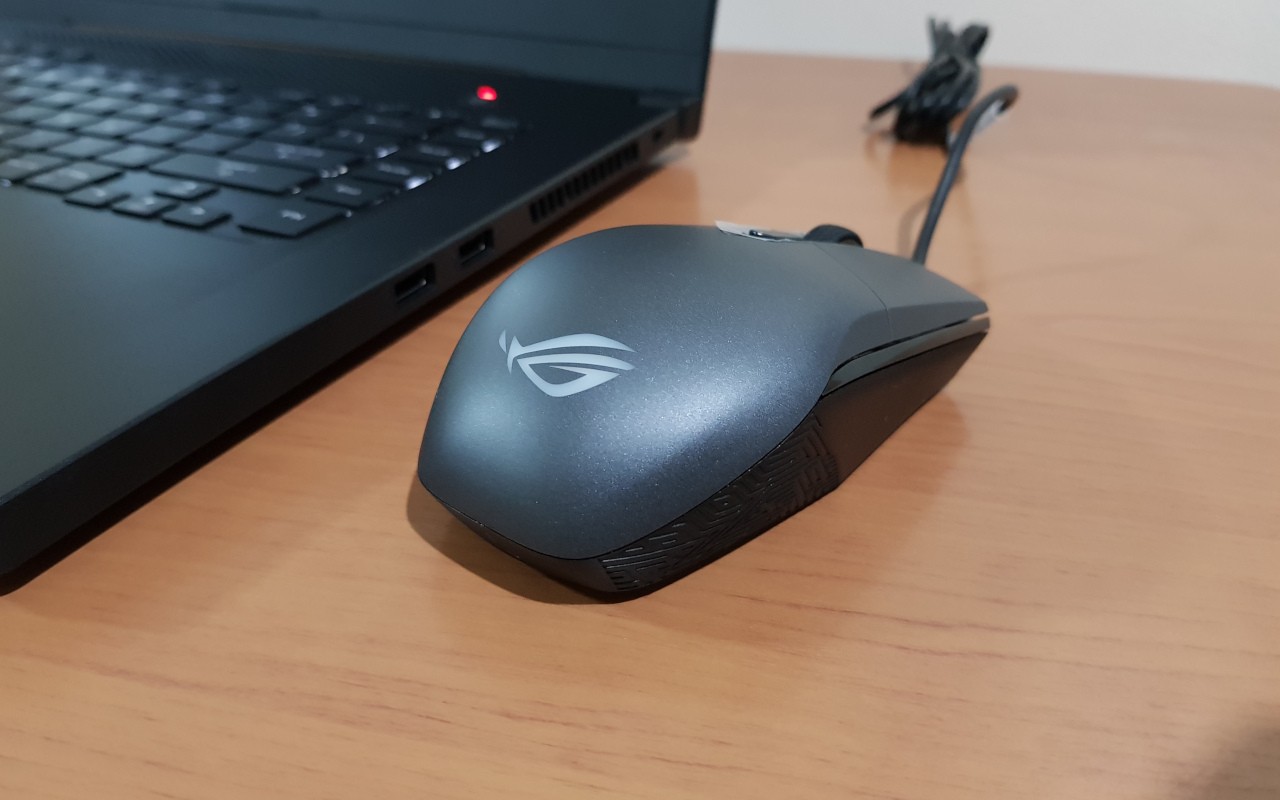 A good thing with the Zephyrus G though is that it comes bundled with an ROG Strix Impact gaming mouse inside-the-box (worth PHP 3,990). Aside from being a perfectly good gaming mouse, having a Strix Impact bundled is definitely a nice bonus as you won’t have to buy an additional mouse to play ASAP.

Powering the Zephyrus GA502 is a Ryzen 7-3750H processor that’s paired with an NVIDIA GTX 1660Ti Max-Q GPU. While the Ryzen 7 + 1660Ti combo is plenty capable of gaming (as the TUF Gaming laptop we reviewed had the same setup), this laptop had a 1660Ti Max-Q. The Max-Q variant is a slightly less powerful version of the original card made specifically for slim gaming laptops.

Even with the slight bump down in GPU power, the Zephyrus G is still a great match for esports titles such as Dota 2, Overwatch, and CS:GO. Overwatch for example, ran at around 80-100 FPS on Epic (max settings). Though to take full advantage of the high refresh rate display, Ultra is the setting I’d recommend as the laptop can run the game at with around 120 FPS.

Now for triple-A titles, the GA502 is still powerful enough to run them at high graphics settings and at 1080p. On the Rise of the Tomb Raider in-game benchmark tool, the notebook produced an average of FPS of 60.30 at the Very High graphics preset — even higher than the 1660Ti-equipped TUF Gaming FX505DU. This result is likely thanks to the Zephyrus’ 16GB of RAM which is plenty enough for most games today. Though in actual gameplay, I’d recommend bumping down the graphics to High. 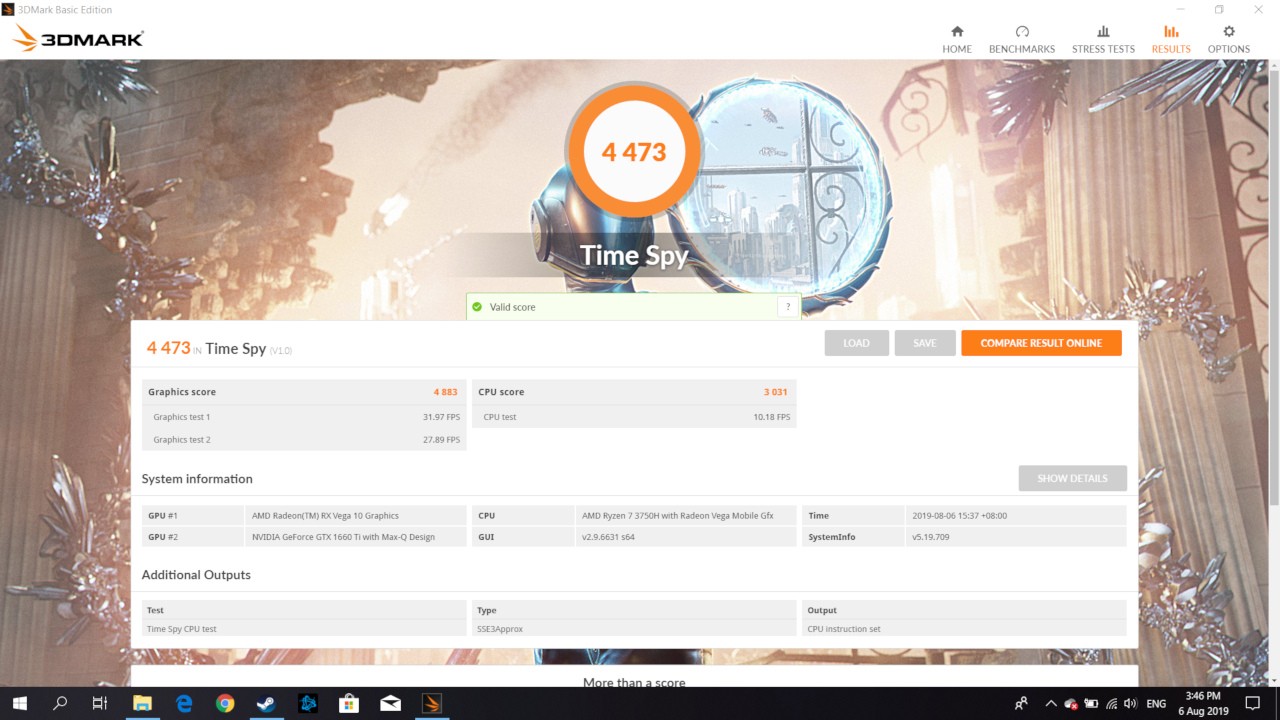 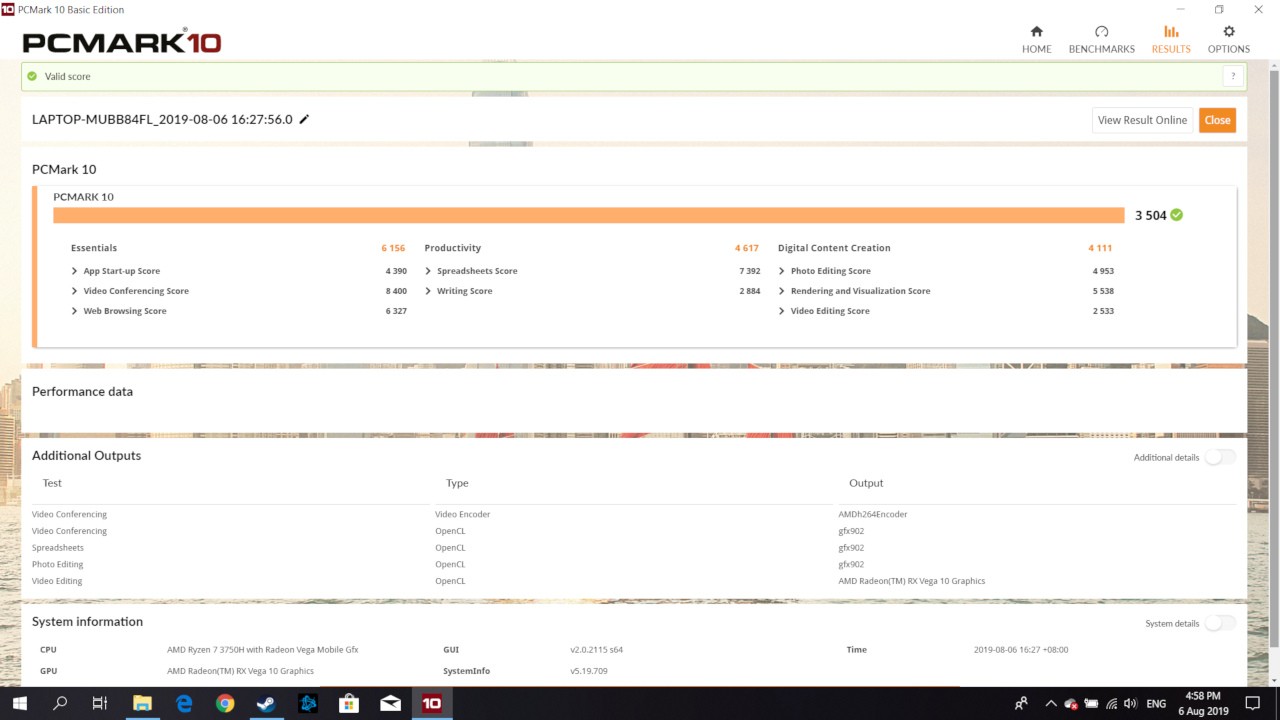 In benchmarks, the GA502 had a score of 4473 on 3DMark’s Time Spy and a 3504 score on PC Mark 10. These results show that the Max-Q variant of the 1660Ti just doesn’t have the same power as the standard variant. Still though, the Max-Q GPU of the Zephyrus G still provided plenty of power for gaming (which is what matters really). 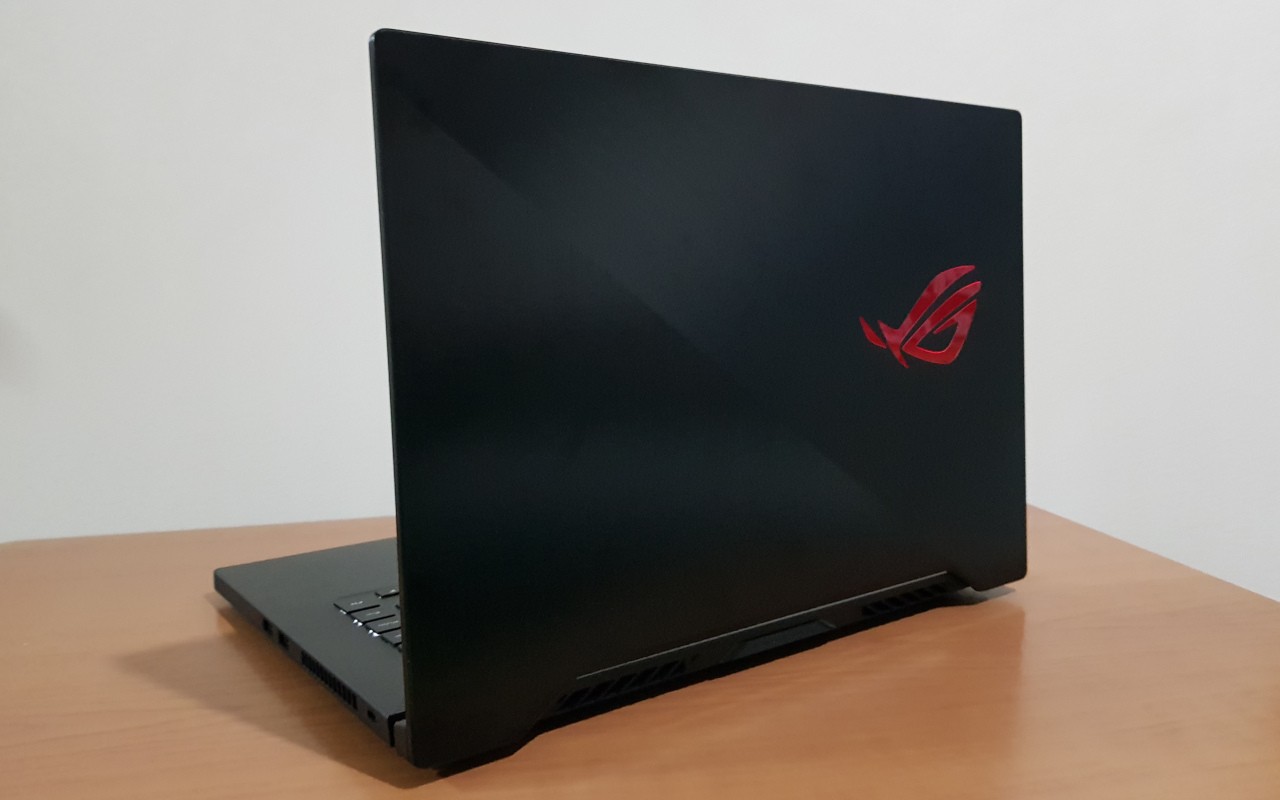 As it passed the gaming test with flying colors, it’s no surprise that the Zephyrus G GA502 handled day-to-day use with ease. If you’re planning to get some work done on this laptop, you won’t run into much slowdowns be it for browsing, word processing, and some photo/video editing.

Speaking of editing, if you are planning on doing some image or video work on the GA502, make sure you have an external HDD. The Zephyrus G packs a 512 GB SSD for storage; while this helps the laptop boot up and run fast, the storage space might not be enough for some users.

While it may lack a bit of storage space, what it has in spades is battery life. The Zephyrus G lasts for an impressive amount of time, especially for a gaming laptop. After playing a 2 and 1/2 hour movie (at 50% brightness and volume), the GA502 still had 75% remaining. This should mean that the Zephyrus G can last for 6-8 hours on a single charge with standard use (think browsing, movie-watching, etc). 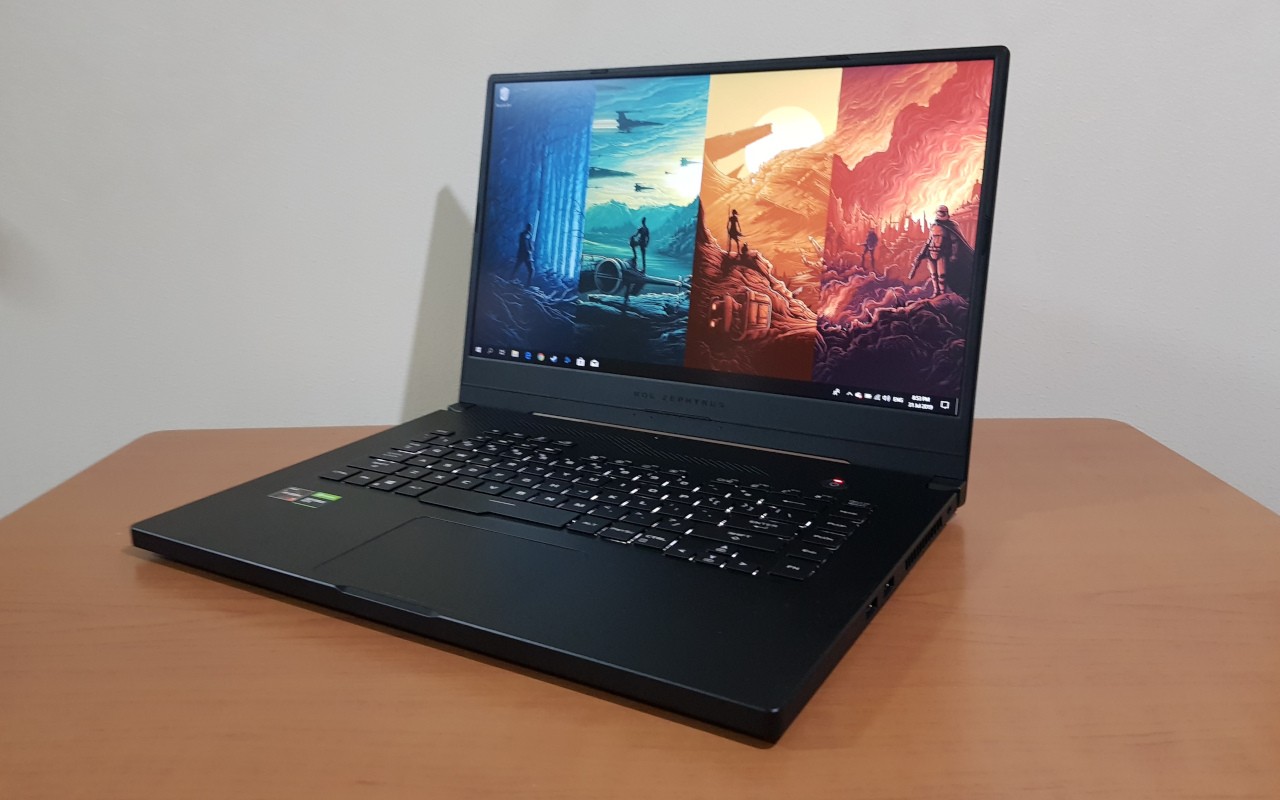 The GA502 might be the smallest and cheapest Zephyrus laptop yet, but it still definitely deserves the Zephyrus moniker. For gaming, the GA502 does not disappoint thanks to its Ryzen 7 + 1660Ti Max-Q combo, plus it works well for daily use too. As for its design, the Zephyrus G not only looks great, it also has a premium build quality (almost like a high-end ultrabook). Plus, it’s also one of the longest-lasting (battery life-wise) gaming laptop’s around.

There are some improvements that could be made though. I would’ve liked a bit more I/O options, as well as RGB lighting. And even if it’s the cheapest Zephyrus you can get, it’s still quite an expensive laptop.

Still though, the Zephyrus G GA502 is an impressive gaming notebook. Sure, there are some laptops out now that are just as powerful for slightly less cash, but what you won’t get is the Zephyrus G’s impressive build quality, portability, and battery life.

The ROG Zephyrus G GA502 is available now in the ROG Mall of Asia store and in ROG Concept Stores nationwide.

The Zephyrus G GA502 is a gaming laptop that's impressive not just because of it's performance. Sure, it's great for both esports and triple-A titles, but one of the biggest reasons to get this notebook is because of its premium build quality, portability, and battery life. Geek Lifestyle Review: Zephryus G GA502