Book your tickets now before it sells out again! 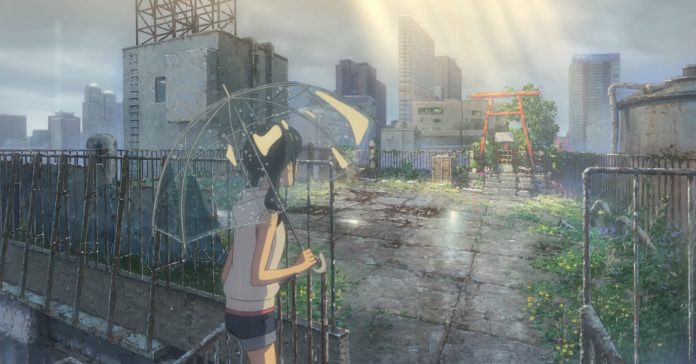 Makoto Shinkai’s upcoming film Weathering With You is getting a general release in PH theaters this August 28. Now, if you’re a Shinkai-fanatic who can’t wait to see the film, Pioneer Films is set to hold a fan screening of the movie on August 17; though the tickets for the screening quickly sold out.

Due to popular demand, Pioneer Films announced that it is holding another fan screening of the movie at SM Megamall on August 21 (7pm). The announcement was made recently via the distributors’ Facebook page. 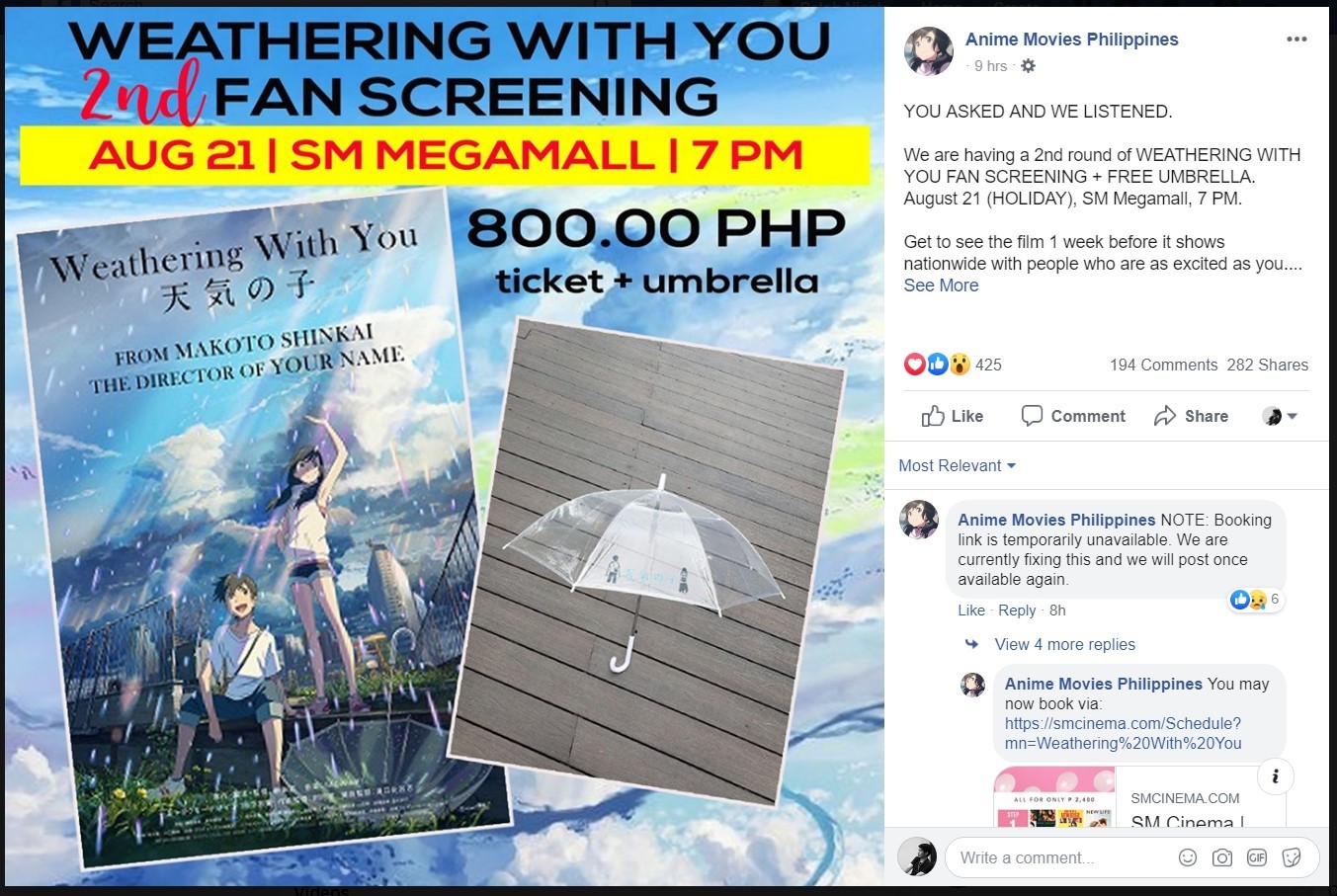 As with the first screening, tickets for the August 21 show are priced at PHP 800, though you won’t just get a movie ticket, you’ll also receive a ‘Weathering With You’ clear umbrella (just like the ones in Japan).

Want to attend the screening? Better hurry as the tickets are selling out fast. Visit the SM Cinema website to buy your tickets now.

Aren’t familiar with the movie? Weathering With You is an anime film by director Makoto Shinkai, the man behind the 2016 mega-hit, Your Name. Shinkai’s latest movie not only gained critical success, it’s also a commercial hit as it earned over JPY 1.6 billion (around USD $15.2 million) in its opening three days.

As for the film’s story, Weathering With You is described as: