‘Weathering With You’ PH release date moved to August 28

Here's hoping that lots of cinemas screen the film! 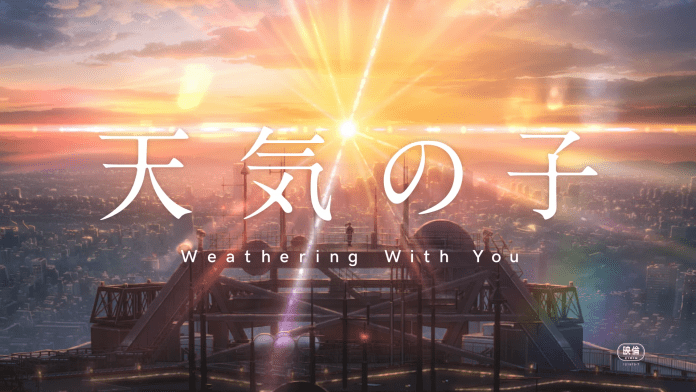 While its wide release is scheduled on the 28th, Weathering With You will also get an exclusive fan screening on August 17, 3PM at SM Megamall. 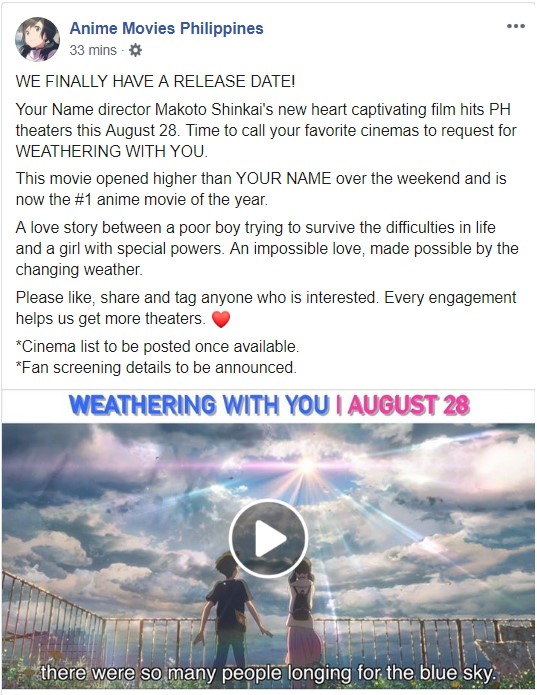 Much like other anime films released in PH cinemas, there’s no news yet regarding how many theaters will screen the film. There’s also no word on how long Weathering With You will be shown in the Philippines. Because of this, fans are encouraged to contact their favorite cinemas, so that Weathering With You can get a wider release.

Not familiar with the film? Weathering With You is the sixth anime movie from Makoto Shinkai, one of the most esteemed anime directors right now. Shinkai’s previous film, Your Name, proved to be a worldwide hit both critically and commercially.

Shinkai’s latest film is described as: