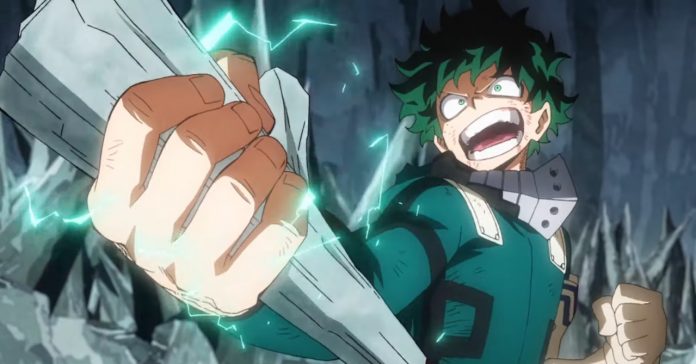 With the airing of the fourth season of My Hero Academia just over a month away, Toho Animation recently released a new trailer for the popular shonen anime’s latest series. Much like the previous preview, this new trailer is just as action-packed; but this one gives us more “Big 3” action, as well as more scenes featuring the mysterious new character, Eri. The trailer also reveals the season’s opening theme song “Polaris” by Blue Encount.

For the latest season of My Hero Academia, series villain Tomura Shigaraki will take a bit of a backseat with the introduction of the new baddie, Kai Chisaki. The heroes side will also be joined by new faces in the “Big 3” of UA High School. While the aforementioned heroes made an appearance last season, the 4th season will be the first time we see all three of them in action.

While the trailer had lots of action-packed scenes, it didn’t reveal much regarding the season’s storyline. What we do know is that the new character Eri will be important in the season’s events.

In more My Hero Academia news, the next BNHA movie will be released on December 2019 in Japan:

My Hero Academia the Movie: Heroes: Rising releases in December 2019