Playing as the Mastermind is tons of fun for sure! 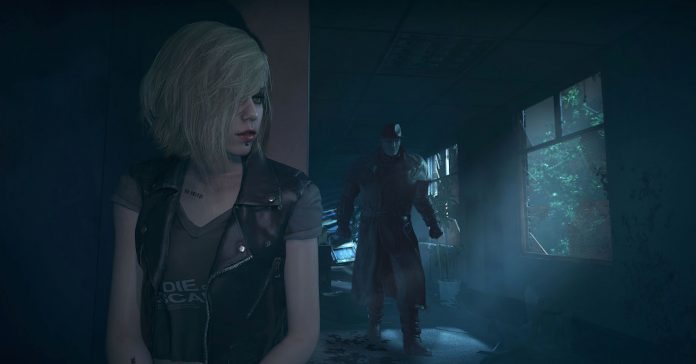 Prior to Tokyo Game Show 2019, Capcom revealed Project Resistance, an upcoming spin-off of the Resident Evil series. Unlike the mainline RE games though, Project Resistance will be a multiplayer only affair; though from what we’ve seen from the first trailer, it wasn’t clear whether or not the game will be a 4-player co-op game (like Left 4 Dead) or an asymmetrical shooter (a la Dead By Daylight). Turns out, it’s a bit of both, with a couple of unique twists!

Check out the gameplay overview of Project Resistance from TGS 2019 here:

Project Resistance will be a 1v4 game, but it’s not exactly an asymmetrical shooter. Basically, the four-player team of Survivors will have to escape a succession of rooms to win the game. But instead of facing off against only enemy AI, the monsters that they face are set (and even controlled) by another player — the Mastermind.

The game was playable at this year’s TGS, and we were lucky enough to get a chance to try the game out, both as a Survivor and as a Mastermind. From what we’ve played so far, the game truly shines when you take the role of the Mastermind.

Playing as the Mastermind entails placing zombies, mines, and even turrets to hamper the Survivors’ progress towards the objective. You can also see the enemies’ progress through a series of cameras, as well as impede their advance by locking doors and turning off lgihts. Most of the obstacles can be placed using a card system; but what makes it exciting is the fact that you can take control of zombies.

Controlling a zombie is tons of fun, as you get to personally tear the Survivors to shreds. When you get lucky with his card, you can even play as the invincible Mr. X himself. Be prepared though as controlling a monster means you won’t be able to place more zombies/traps in the duration; a coordinated team of Survivors can take down or evade your controlled zombie, allowing them to move unimpeded to certain sections of the map.

Even without taking control of zombies, playing as the Mastermind is just plain fun. If you place the right combo of monsters at just the right moment, you’ll be rewarded with seeing the Survivor team being thrown into chaos as the time winds down and you win the match.

As for the Survivors, the group of four players will each take on the character with a unique skillset. Two of the characters are front-liners, able to absorb more damage, as well as hit much harder. The other two focus more on support, with one being a healer and the other being able to hack cameras to impede the Mastermind’s abilities.

With proper teamwork, the Survivors have enough tools to take on whatever the Mastermind throws at them. But herein lies a slight issue; at the game’s current state, the odds are stacked against the Survivors.

Because of the tightness of the map, things get a bit too hectic and frantic for the 4-person squad, meaning coordination is made even tougher. Coupled with the fact that each player must have proper positioning, it’s often much tougher for any Survivor team to win; at least from what we’ve played of the game so far.

There’s no denying that Project Resistance has tons of potential. Even in its early state, it’s already a fun game, especially when you take on the role of the Mastermind. As one of the four Survivors though, the game could use a bit more tweaking and polishing. Still, the game is still in its early stages, and we’re confident that these minor issues will be fixed.

If Project Resistance manages to improve upon the gameplay for the Survivors, we reckon that this game will easily be a must-play not only for RE fans, but also for anyone who wants to play an incredibly fun game with friends.

Project Resistance will be released on PS4, Xbox One, and PC. The game’s release date is yet to be announced.