Which of these three phones will reign supreme? 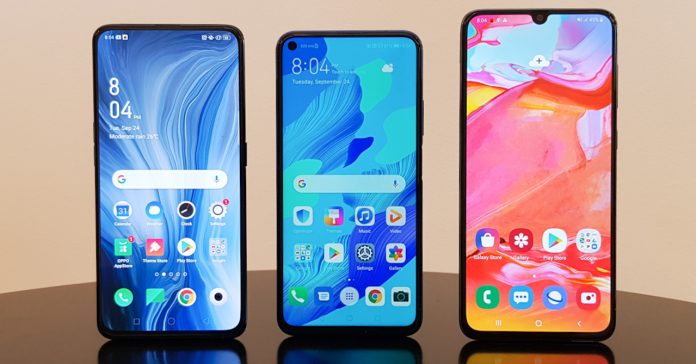 As promised during our recent Blind Photo Comparo, we’re doing a full smartphone showdown between the Huawei Nova 5T, the OPPO Reno, and the Samsung Galaxy A70. While it was the Nova 5T that won our camera test, this time we’re comparing everything; from display, to performance, and even design. 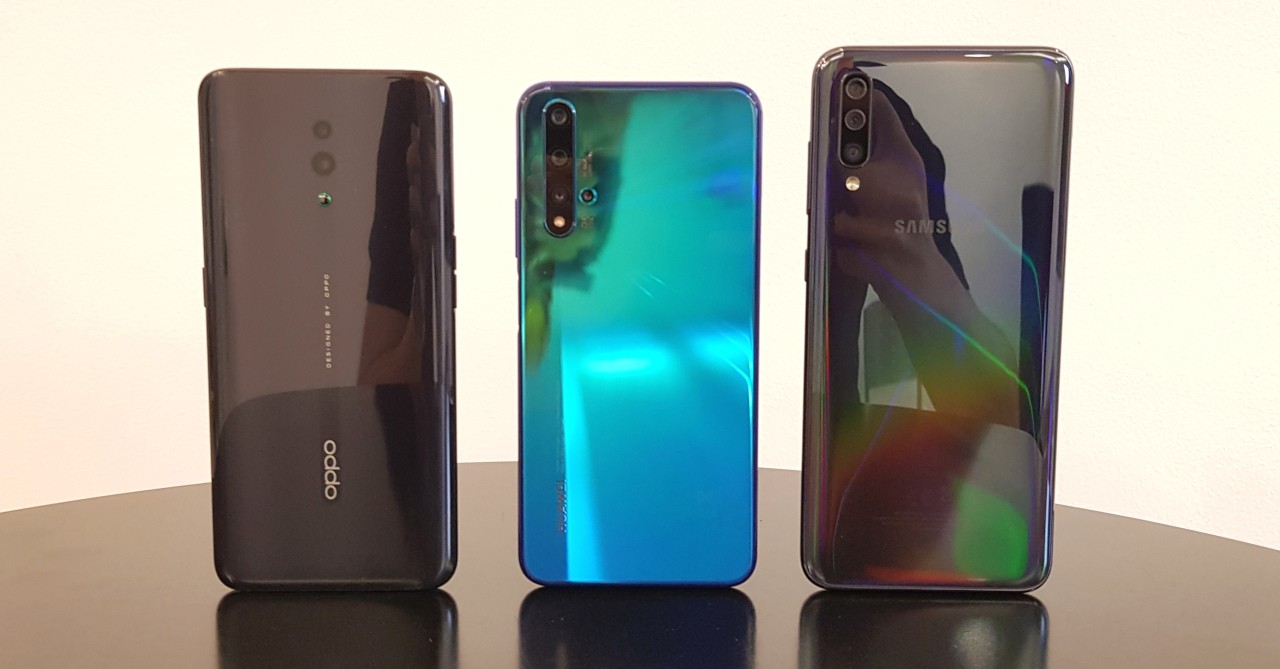 So without further ado, let’s begin this three-way smartphone showdown!

Up first is design; all three phones boast incredibly good-looking glass-like backs that have great in-hand feel. While the Reno and the A70 have more subtle designs, the Nova 5T has a more eye-catching look that makes it stand out more. Still, all three smartphones are elegant and premium devices. 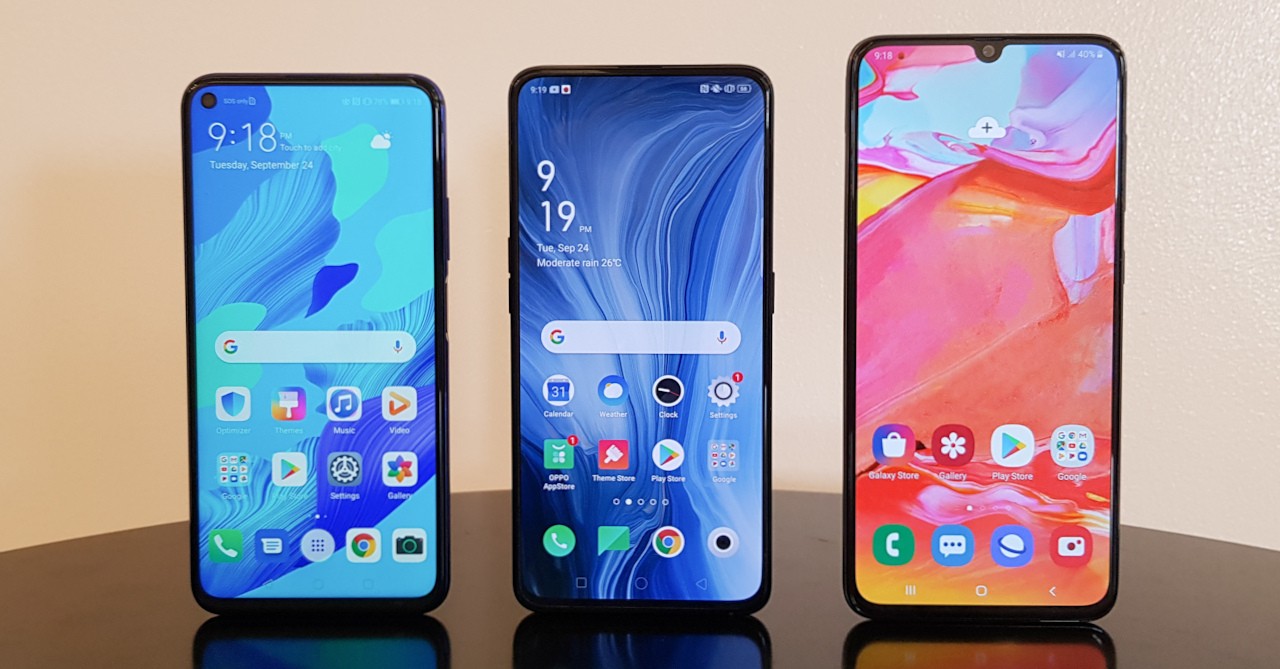 Moving to the front, the three phones all have minimal bezels, with the Reno having no notch at all (given its pop-up camera). While this makes the Reno the most all-screen of the three, the A70 beats it when it comes to size. On the flip side, the Nova 5T is the smallest of the three, meaning it’s the most comfortable phone to hold and use among trio.

Design-wise, the Nova 5T is our winner by a tiny margin. Sure, the Reno might have a great no-notch display, and the A70 may be the biggest of the three, but it’s the Nova 5T that stands out in terms of looks; plus it has the best in-hand feel.

The three phones proved to be great matches for binge-watching, with the Reno and the A70 having OLED displays that have produce vibrant colors. As for the 5T, it may only have an LCD screen, but it makes up for this by having the highest pixel density of the three. The 5T also has the best performing onboard speakers in terms of audio quality and volume. 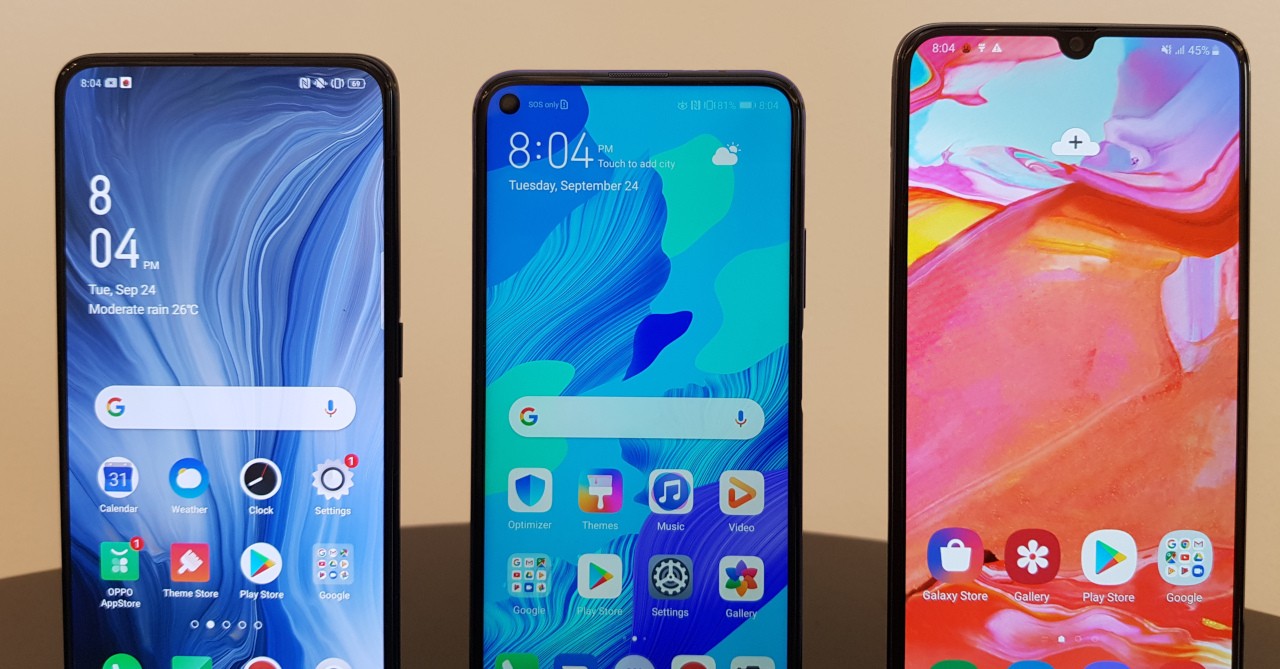 For movie/series marathons, all three phones have their distinct advantages, meaning it’s a three-way tie. The Reno’s no-notch OLED screen makes for an immersive viewing experience. The A70’s AMOLED panel may have the biggest notch of the three, but it makes up for it by being the biggest display. As for the Nova 5T, even with an LCD screen, it’s a great match for binge-watching thanks to sharp video output and good quality audio.

Powering the Reno and the A70 are the Snapdragon 710 and Snapdragon 675 processors, two mid-range SoCs that are powerful enough to run games such as PUBG Mobile without much hiccups. Even with how fast these processors are, they’re still no match for the Nova 5T’s Kirin 980 which is a flagship SoC.

Sure, all three phones were able to run most common games with ease, but for the most demanding titles, the Nova 5T is the clear winner.

When it comes to daylight photography, the three phones produced great images, but that’s just one use case. As we’ve discovered during our blind photo comparo, the Nova 5T proved to be the most versatile camera phone of the three, both for photos and for videos. Compared to the 5T’s quad-camera setup, the Reno lacks an ultra-wide and a macro camera; meanwhile, the A70 also lacks a macro camera, and its ultra-wide did not perform as well as the 5T.

For a more detailed photo test, check out our Blind Photo Comparo of the phones here:

The 5T, the Reno, and the A70 all perform well for day-to-day tasks, but the Nova’s flagship Kirin 980 processor should mean it’ll be faster for longer. Another area where the Nova 5T wins is the fingerprint scanner; sure, the Reno and A70’s under-display scanners are cool, but the 5T’s side-mounted sensor proved to be the most responsive of the three. 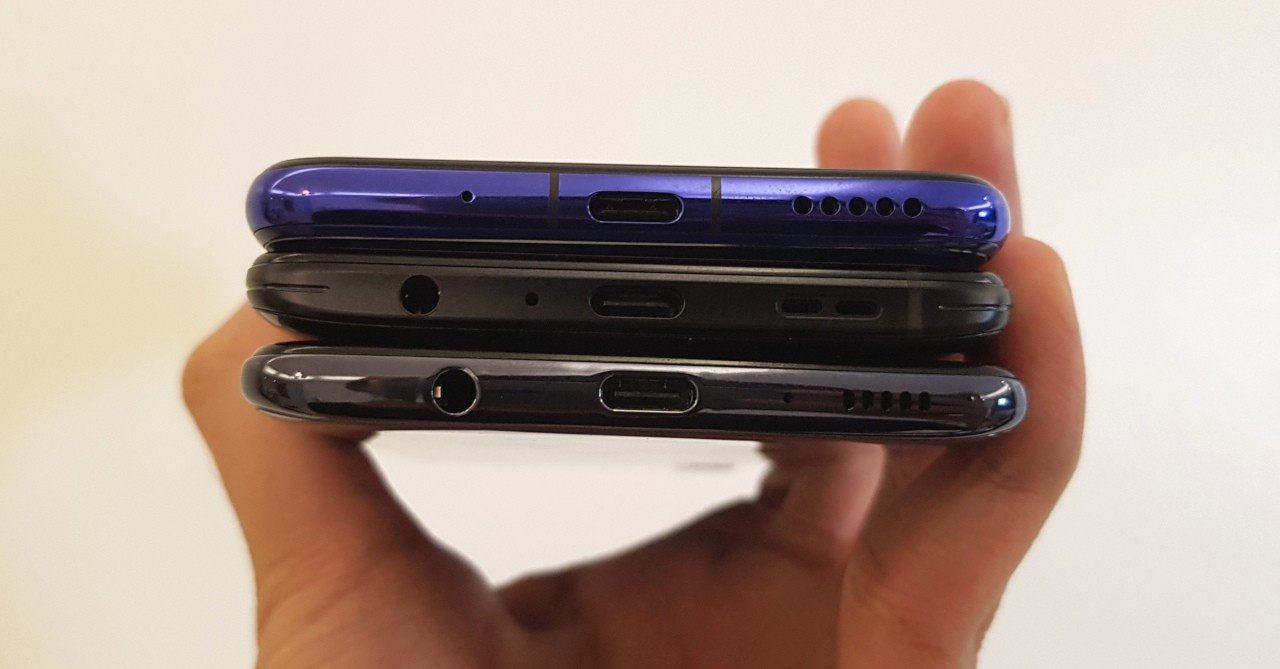 Where the Nova 5T lacks though is in connectivity, given that it does not have a headphone jack. Battery-wise, the A70 also beats it given its massive 4500mAh battery. There is a trade-off with the A70 though — its processor is the least powerful of the three.

In spite of the lack of a 3.5mm jack, the Nova 5T still wins in everyday reliability thanks in large part to its powerful processor, as well as the responsive fingerprint scanner.

The Verdict – Huawei Nova 5T is the Clear Winner 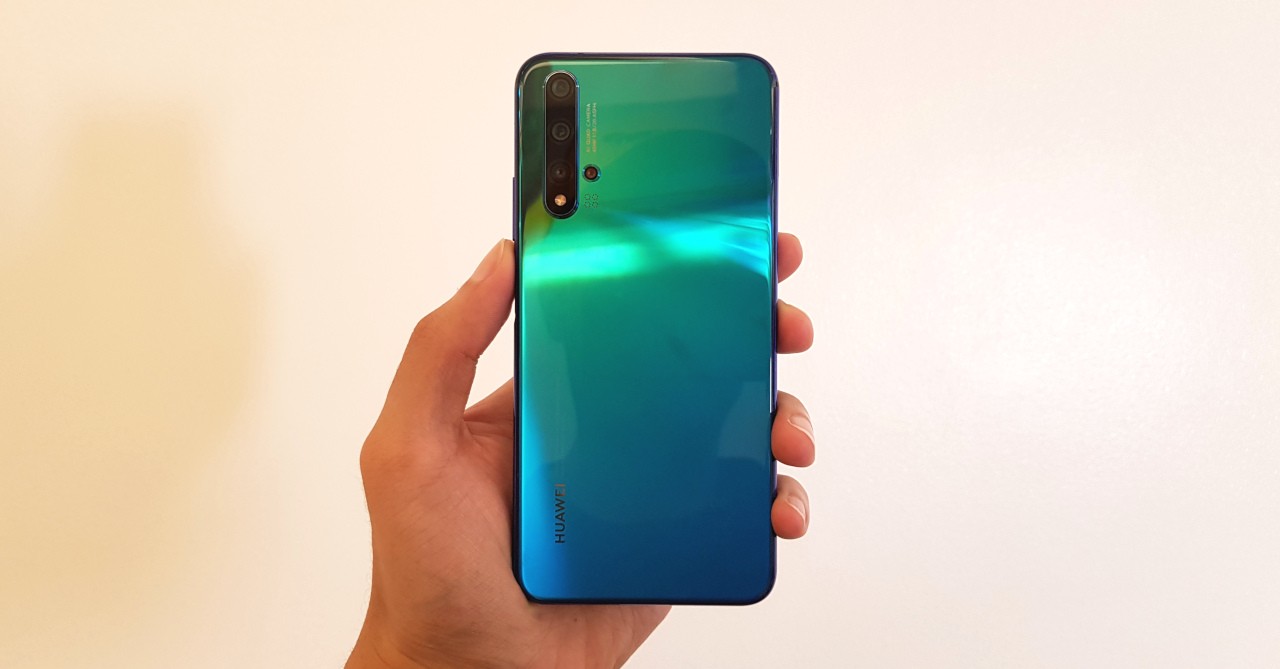 The Huawei Nova 5T is the winner of the showdown given its powerful flagship processor, versatile cameras, and stunning looks. And that’s without considering prices.

The Nova 5T is priced at only PHP 18,990, an great deal given its features. Coupled with the fact that the Reno and the A70 are priced at PHP 26,990 and PHP 22,990, there is no doubt that the Huawei Nova 5T is the clear winner of this three-way smartphone showdown.