We totally want the 'Ellie Edition'! 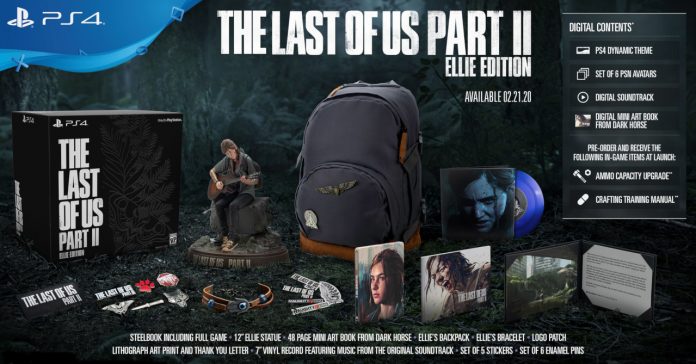 Following the release date reveal of The Last of Us Part II, Naughty Dog gave us more info on the various retail versions of the game. As with most big releases, TLOU2 is getting a big Collector’s Edition, but what surprised us is that game will be five editions of the game in total! 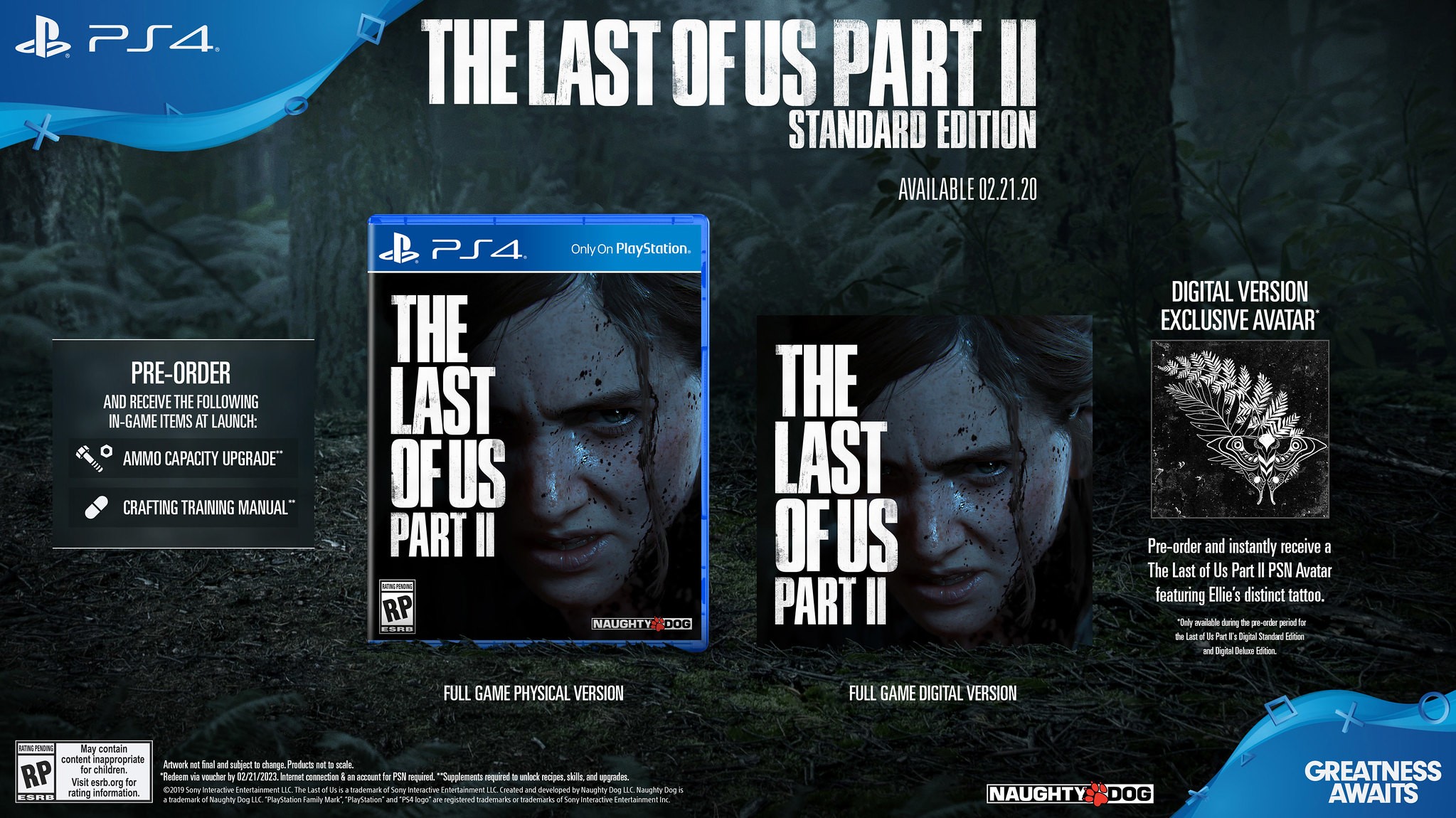 First up is the Standard Edition which comes with a Physical copy of the game as well as a full digital version which comes with an exclusive avatar. Pre-ordering this version will get players an ammo capacity upgrade and a crafting training manual. This edition will be priced at USD 59.99 (around PHP 3,133). 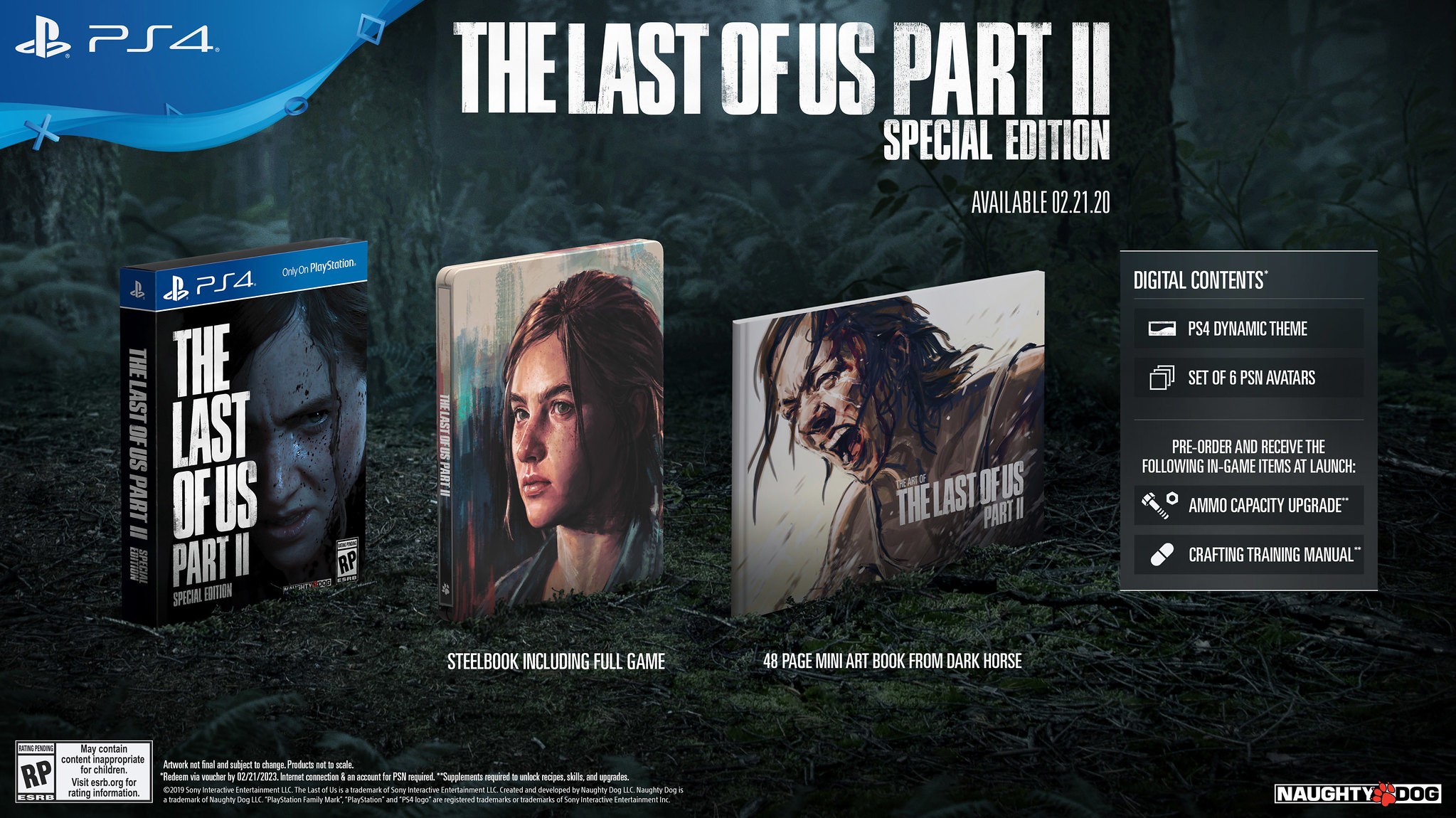 Next is the Special Edition which comes with the game disc, a steelbook case, a 48 page art book, and various digital content. This version will have an SRP of USD 79.99 (around PHP 4,178). 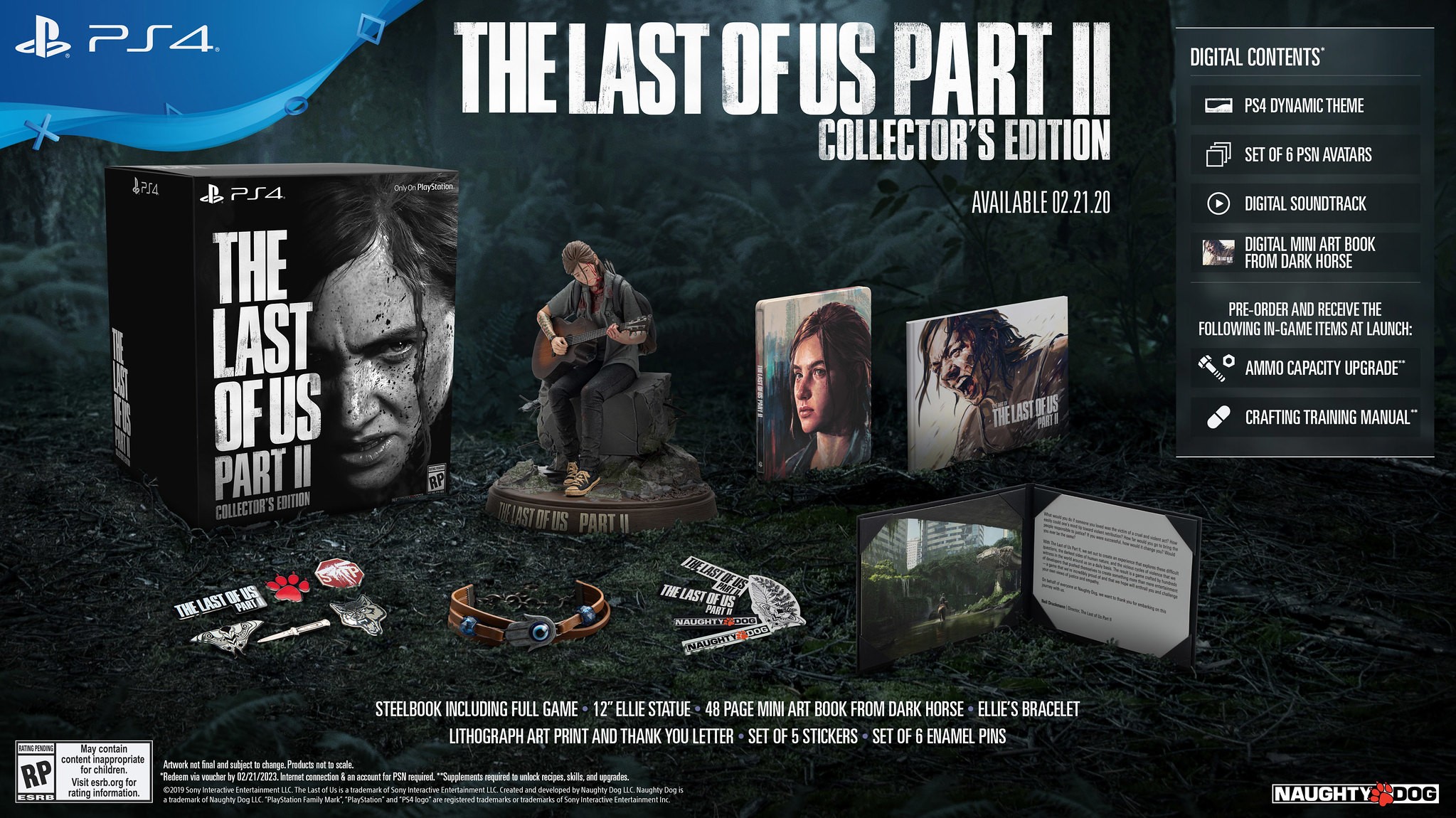 As for the Collector’s Edition, it will come with a myriad of cool goodies including the full game, a steelbook case, an art book, a 12-inch Ellie statue, Ellie’s bracelet, five stickers, six pins, a lithograph print + a thank you letter, and various digital content. This edition will be priced at USD 169.99 (around PHP 8,861). 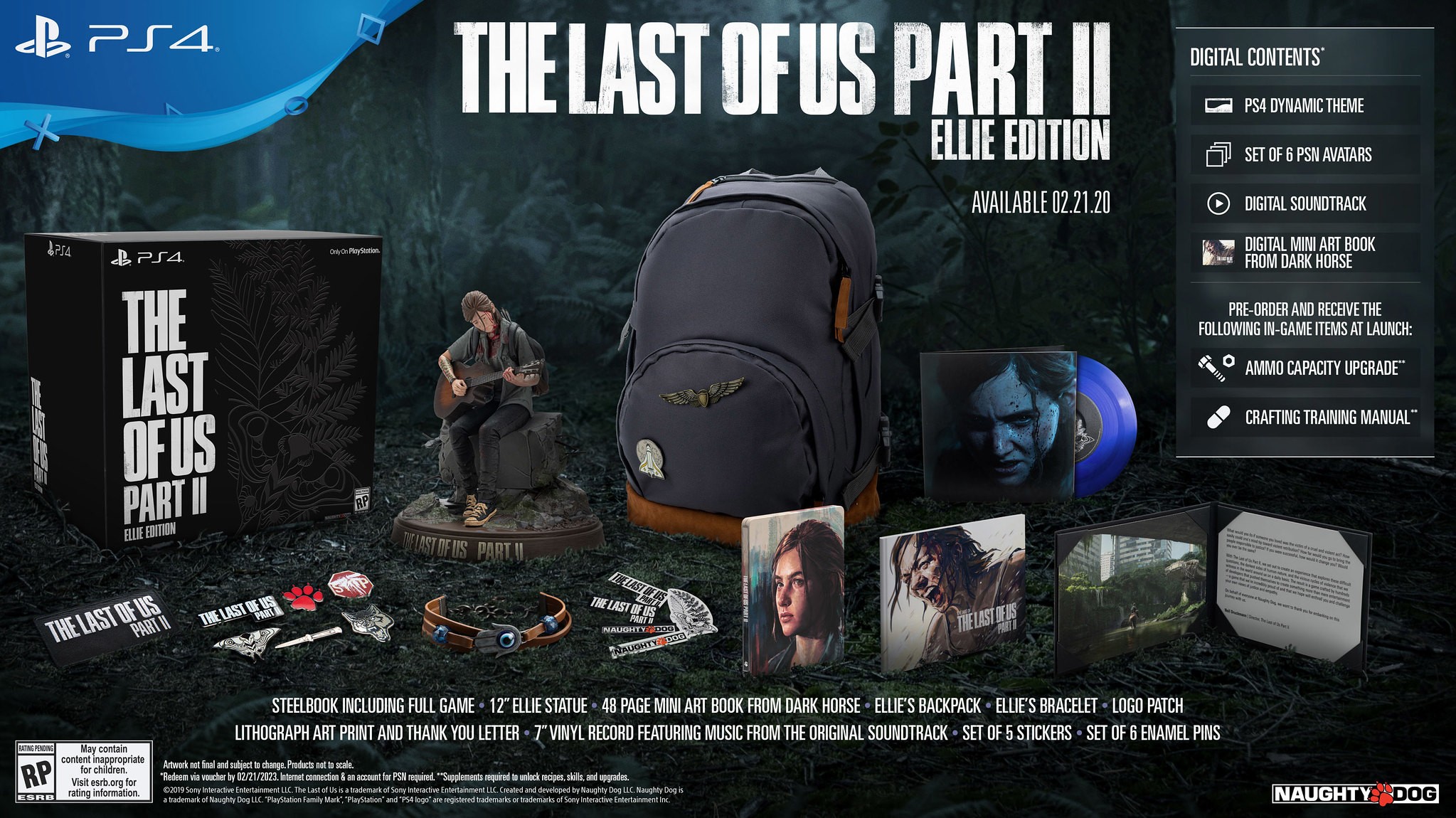 Is the Collector’s Edition not enough for you? Well, there’s also the massive Ellie Edition which comes with all the items in the Collector’s Edition plus Ellie’s Backpack, a Logo Patch, and a 7″ Vinly Record with music from the game’s soundtrack. This is the ultimate version of the game for the biggest TLOU fans, and it will cost USD 229.99 (around PHP 12,000). 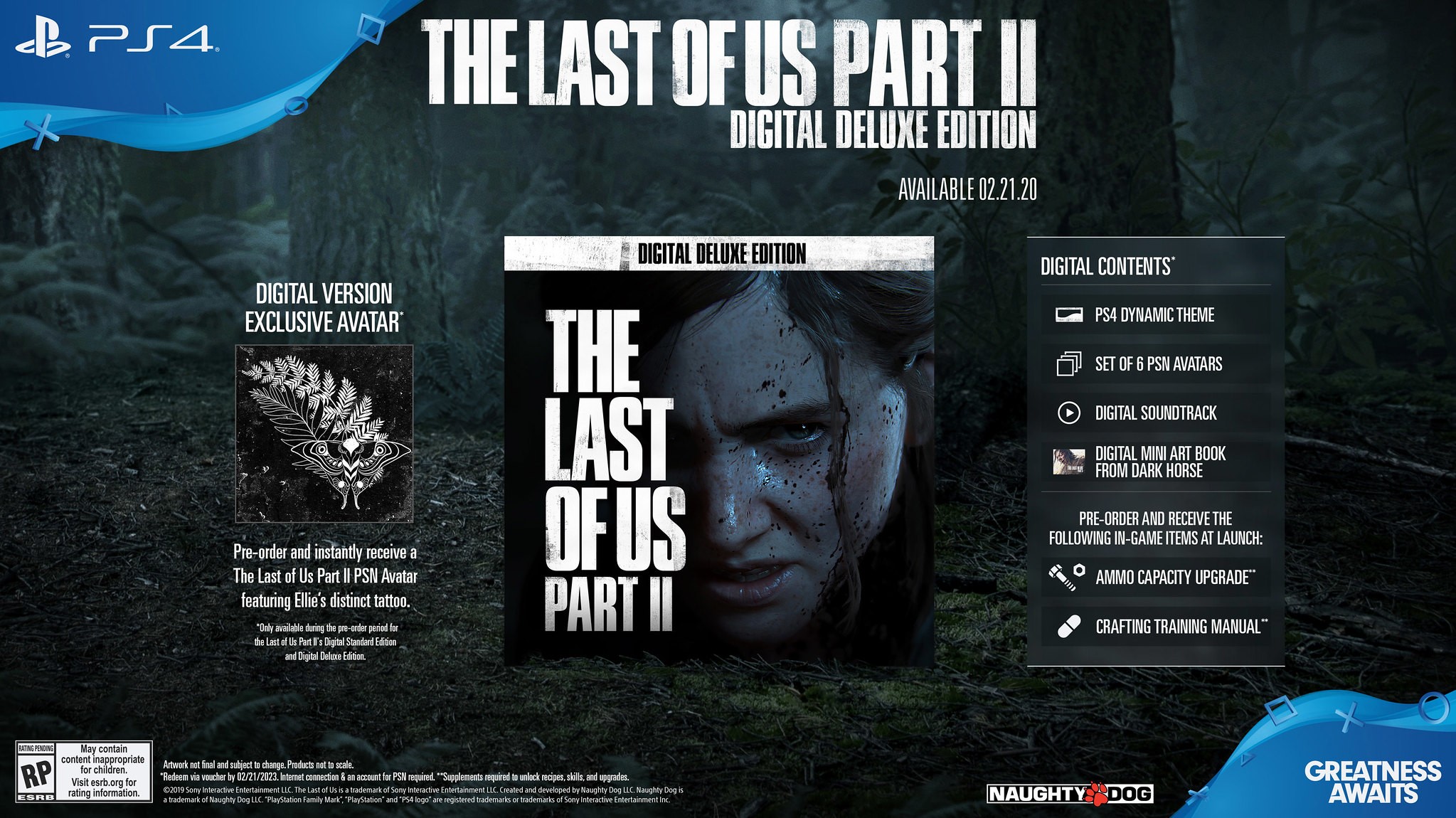 Finally, the game will also come in a Digital Deluxe Edition which will come with an exclusive avatar and a wealth of digital content. This edition will be priced at USD 69.99 (around PHP 3,656).

The Last of Us Part II will be released exclusively on the PS4 on February 21, 2020.