Welcome the month of September 2019 with these upcoming games

Be ready as this is going to be quite a month for gamers! 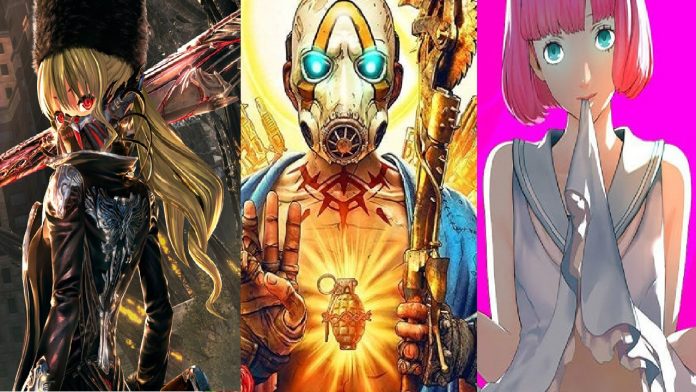 We had a rather short list of games last month, but it did gave us a few wonderful entries for the Switch (that some of us might still be playing). This month though, there are quite a lot of games coming out on various platforms! So buckle up as this month’s list is a juicy one, with tons of entries to watch out for.

The enhancement/remake of the 2011 game Catherine by Atlus’ Studio Zero Team will finally launch in the west this September. This enhanced version features tons new addition to gameplay such as a more difficulty modes, more animated cut-scenes, and twice the amount of stages from the original. But the most prominent addition is the updated story which introduces a third love interest for Vincent — his new neighbor named Rin  So if you missed the first Catherine then it’s not too bad to be allured by Catherine: Full Body this month.

The action packed sci-fi shooter series, Gears of War, is back this month with it’s latest entry. Gears 5 continues the war of humanity for survival; this time you don’t have to face it alone as in addition to single-player mode, the game will feature a online co-op mode as well as a local split screen gameplay.

The upcoming expansion for Monster Hunter World will bring a huge amount of new content to the game including a new story, new weapon and armor sets, and of course both new and returning monsters like the fan favorites Nargacuga and Zinogre. So sound that hunting horn, prepare for the hunt this month.

Took us long enough for the next Borderlands game and now the wait is over as Borderlands 3 is here! Get ready to battle for the Vaults all over again and travel to planets over planets to get some sweet loot.

The first LoZ: Link’s Awakening came out decades ago for the both Game Boy and Game Boy color. This month we will finally get to back to Koholint Island and wake the Wind Fish all over again, but this time in a full remake of the original classic.

It may have been delayed many times, but finally the SoulsBorne-inspired action RPG is now coming this September. Players can now finally explore this dystopian world and rise against the blood lust ghouls to survive this nightmarish world.

But wait, these are not the only titles to watch for. Here’s a list of more titles releasing this month that might tickle your fancy: